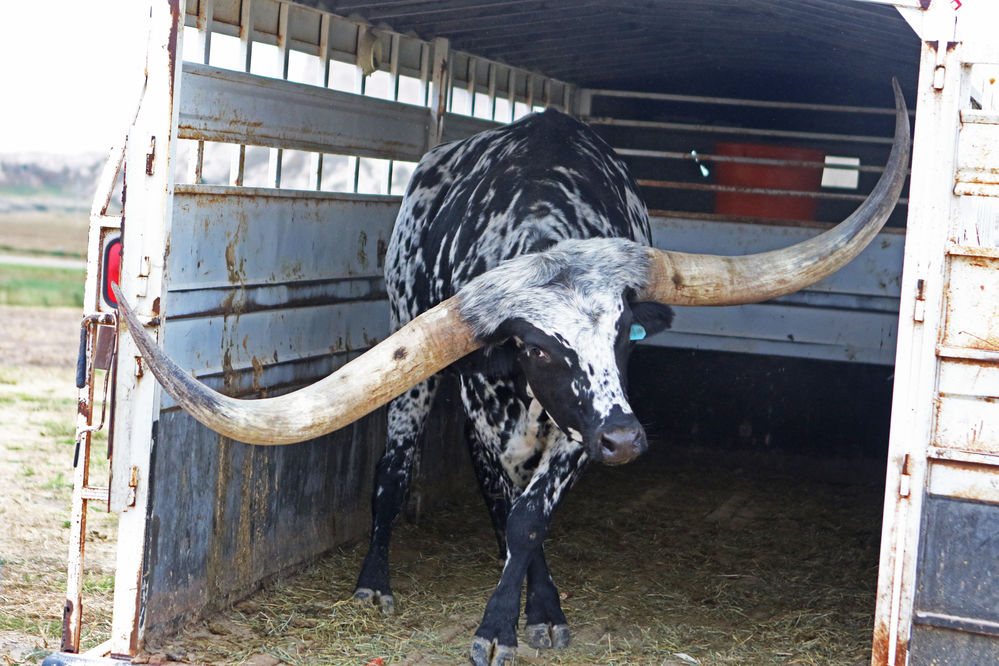 A longhorn steer makes his way off a trailer at Legacy of the Plains on Friday. The steer’s horns are estimated to be 10 inches in diamter and over 100 inches across, that’s more than eight feet, making it tough to maneuver out of the trailer. The steer was donated to the museum by the late Harold Minge and his wife Barb. Previously, Harold had donated several heifers to the museum because he wanted others to enjoy the beauty of the animals. Harold died unexpectedly in June and his wife wanted to ensure his wish to have the animals at Legacy was honored. In September, Barb delivered six more heifers to the museum, making the steer the final installment of the donation. 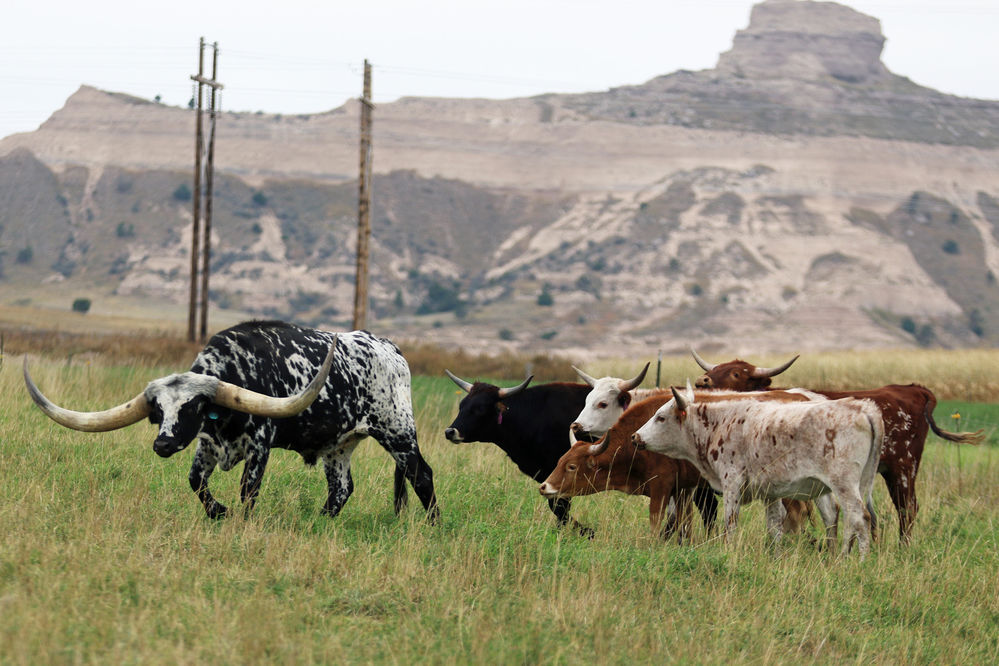 A longhorn steer leads a group of heifers around the pasture at Legacy of the Plains on Friday. The steer was the final piece of a donation by the late Harold Minge and his wife Barb. Previously, Minge had donated several heifers including those pictured to the museum, because he hoped others would enjoy the animals as much as he did. 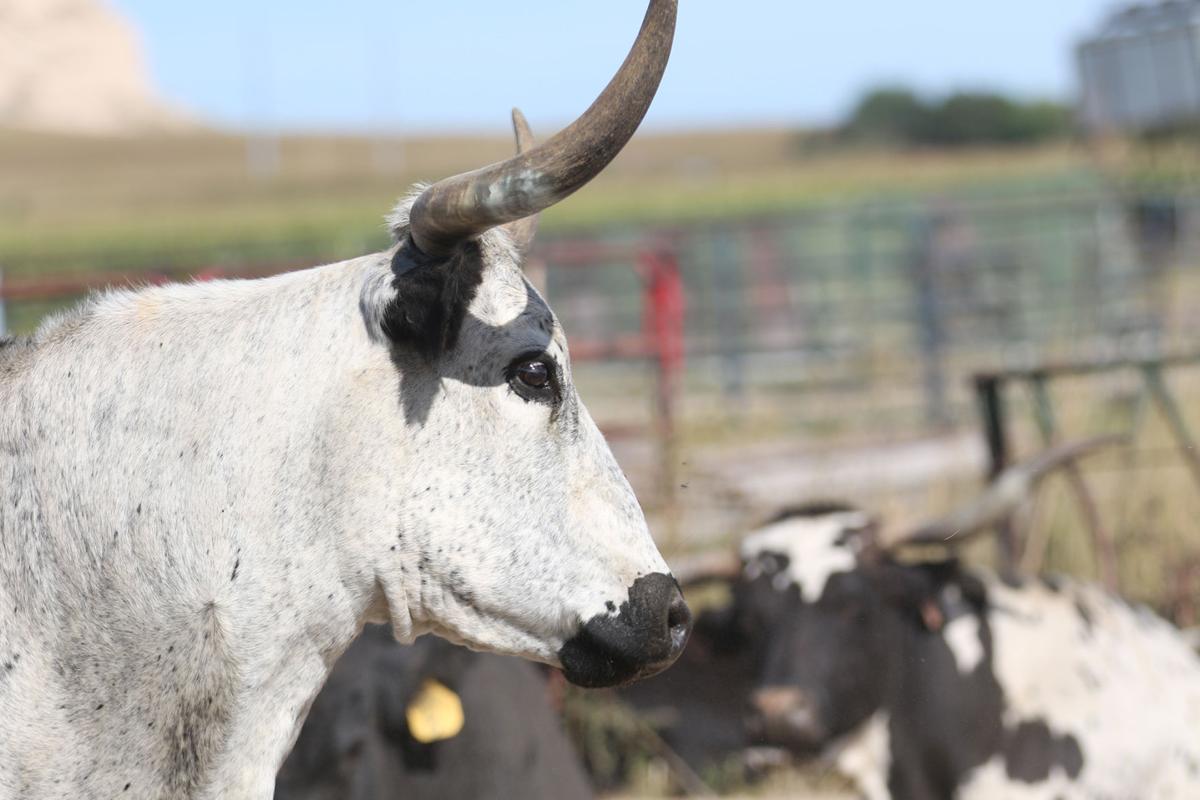 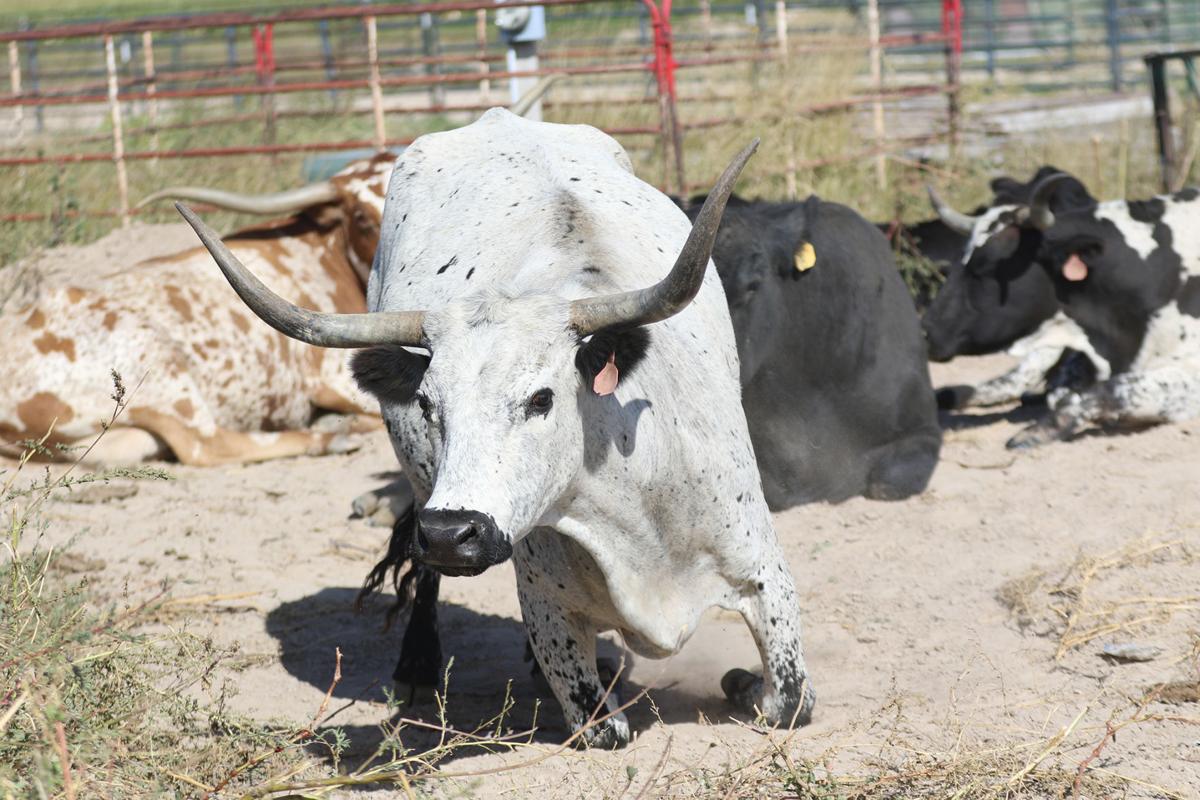 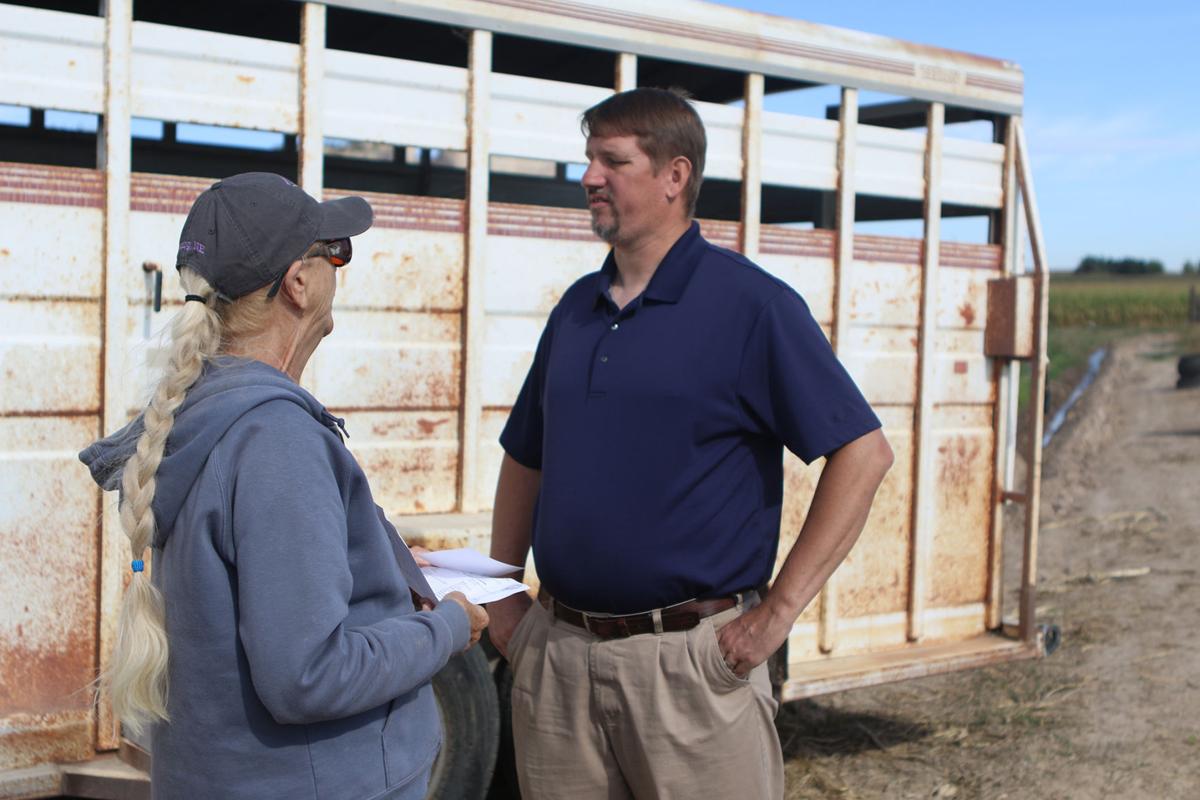 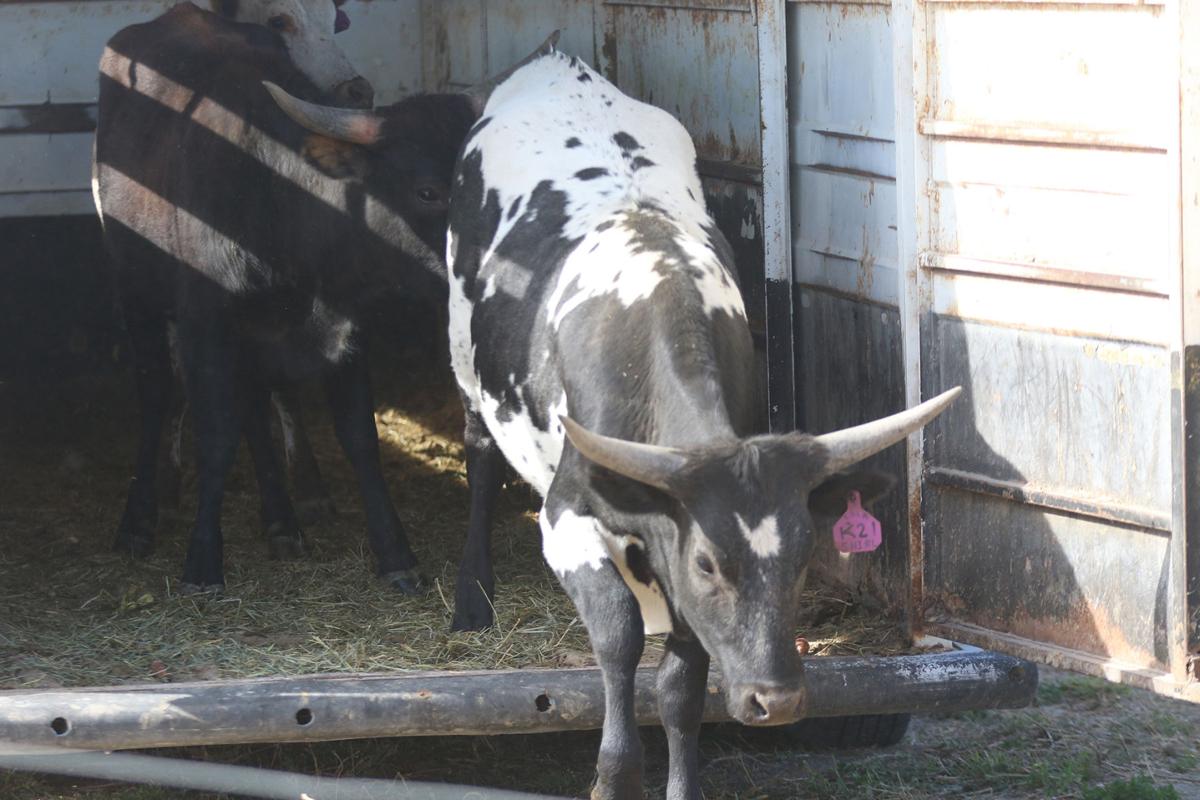 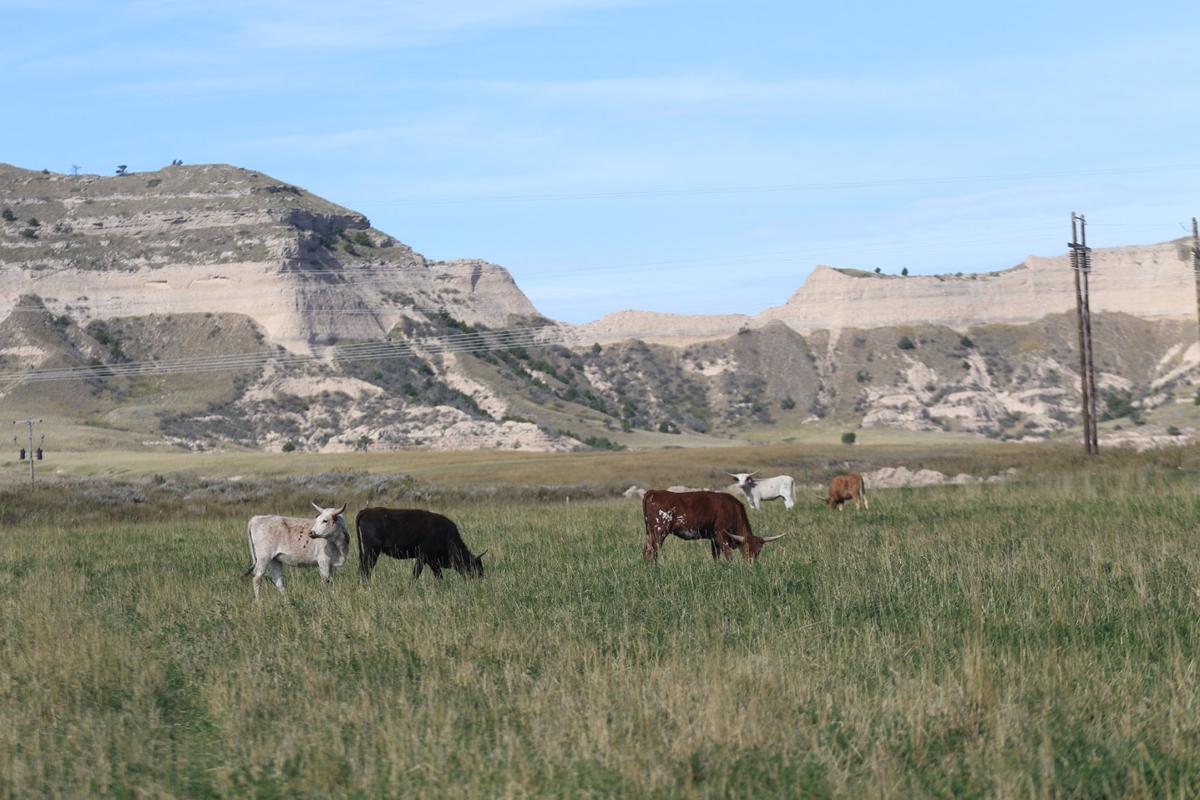 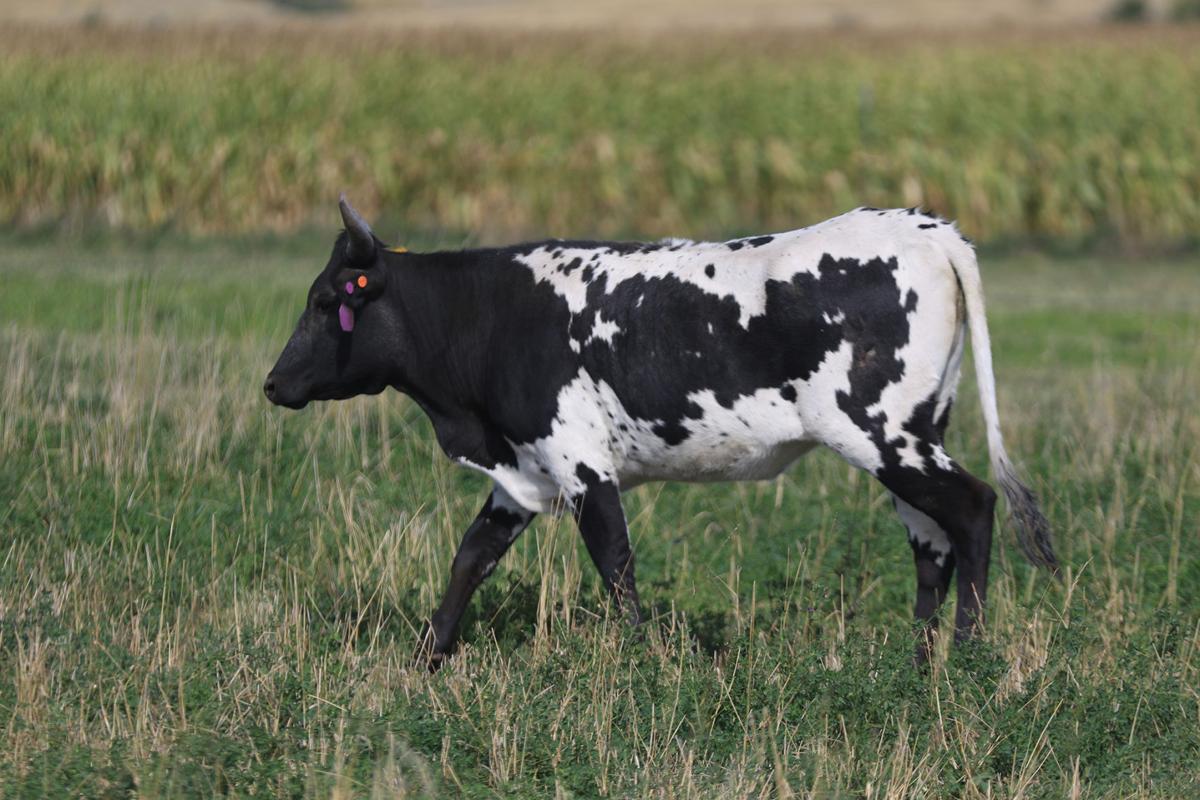 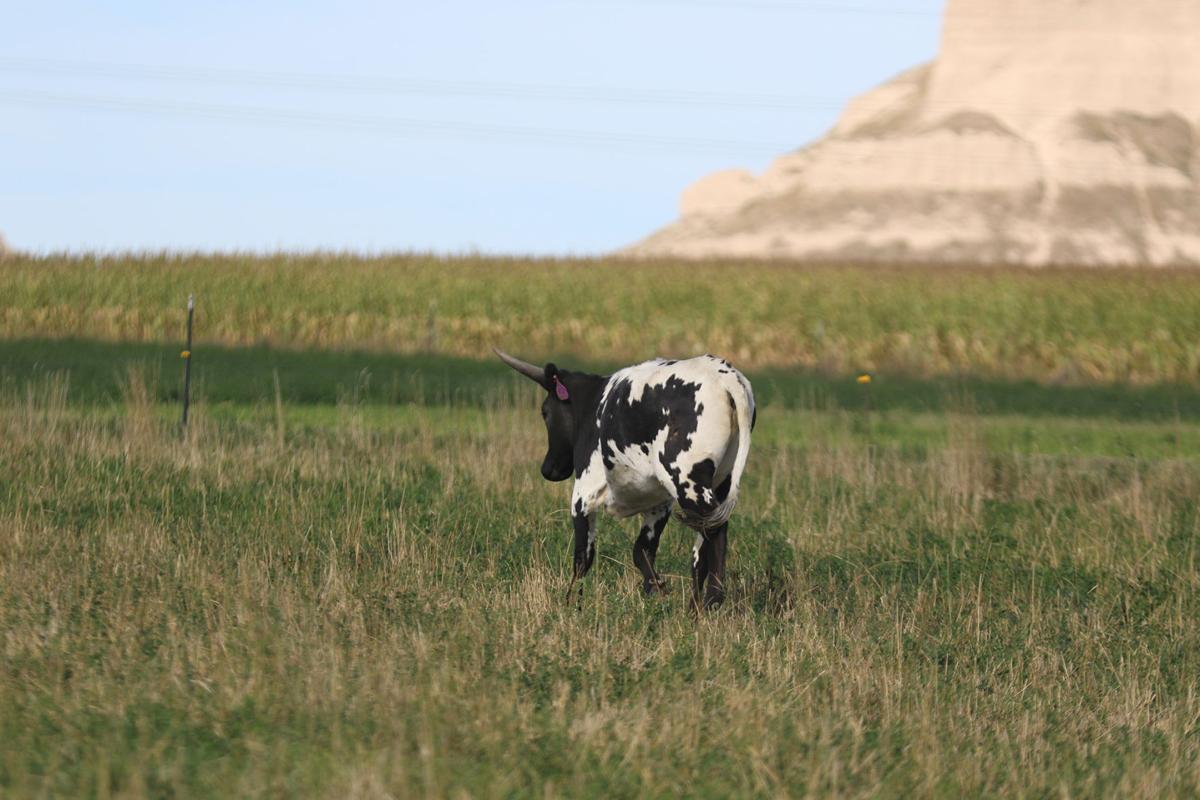 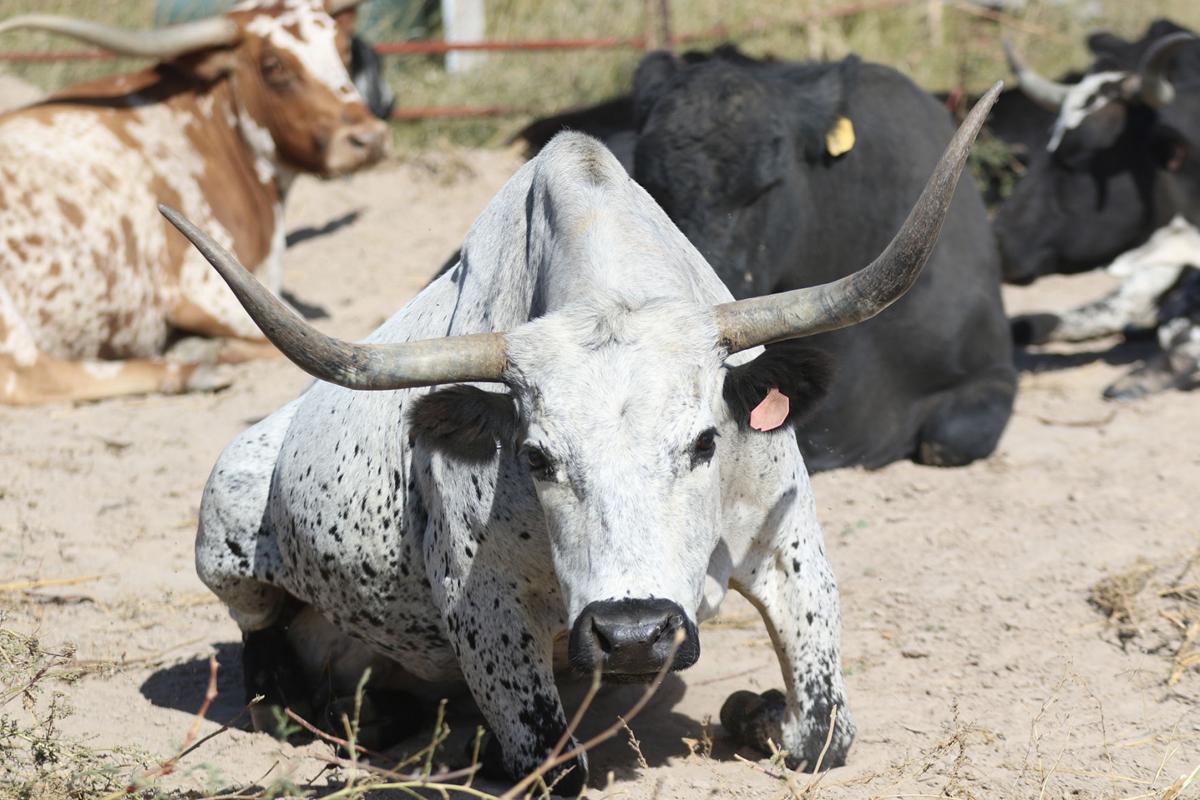 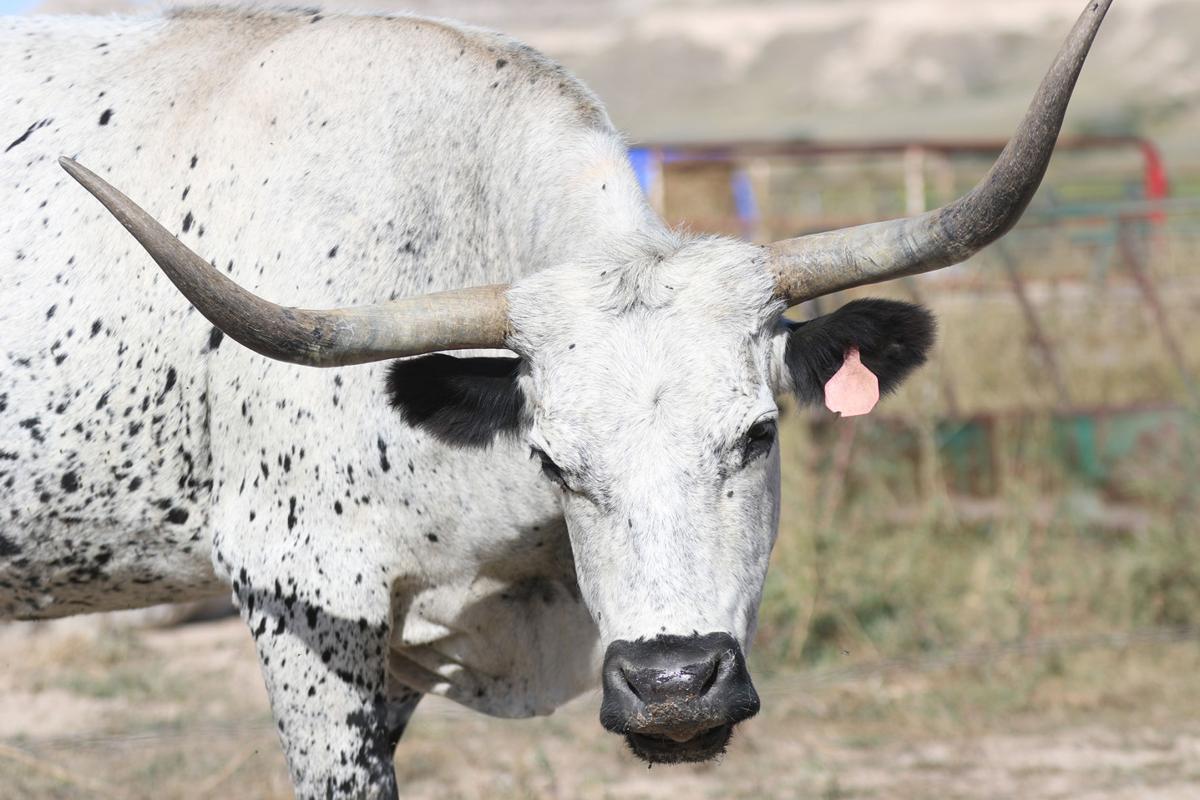 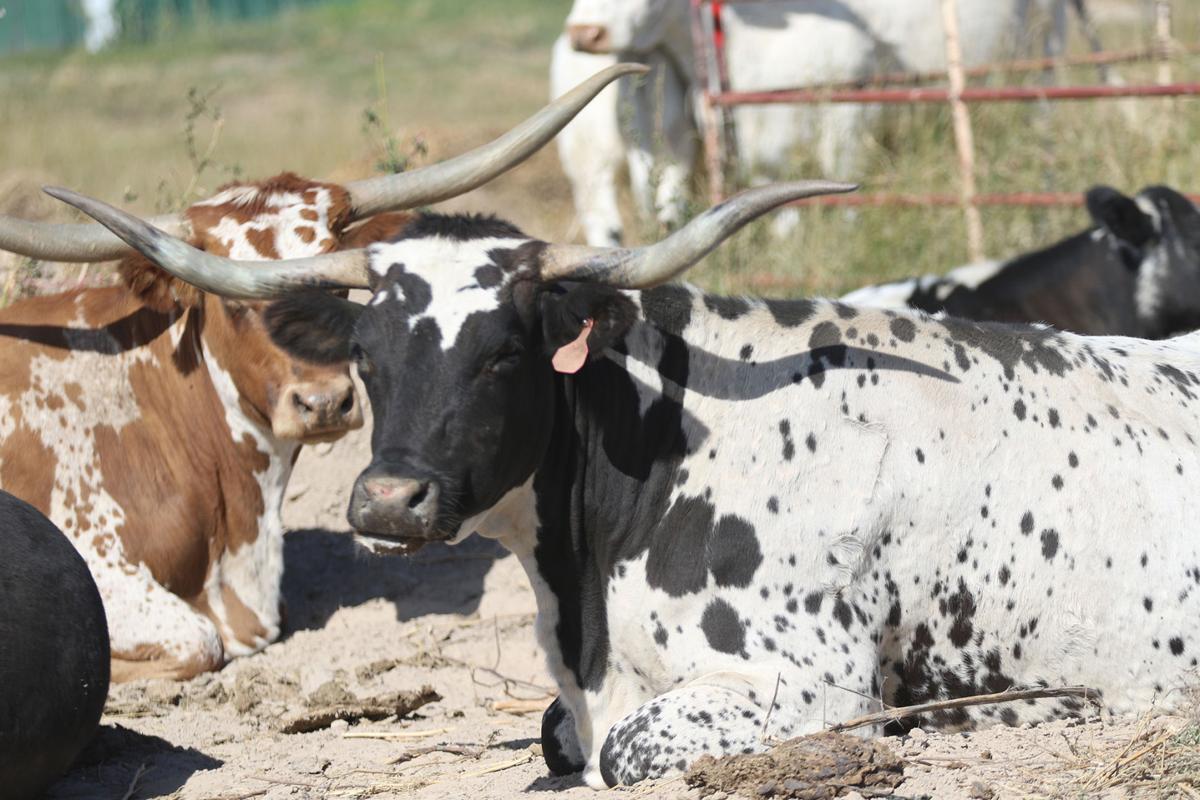 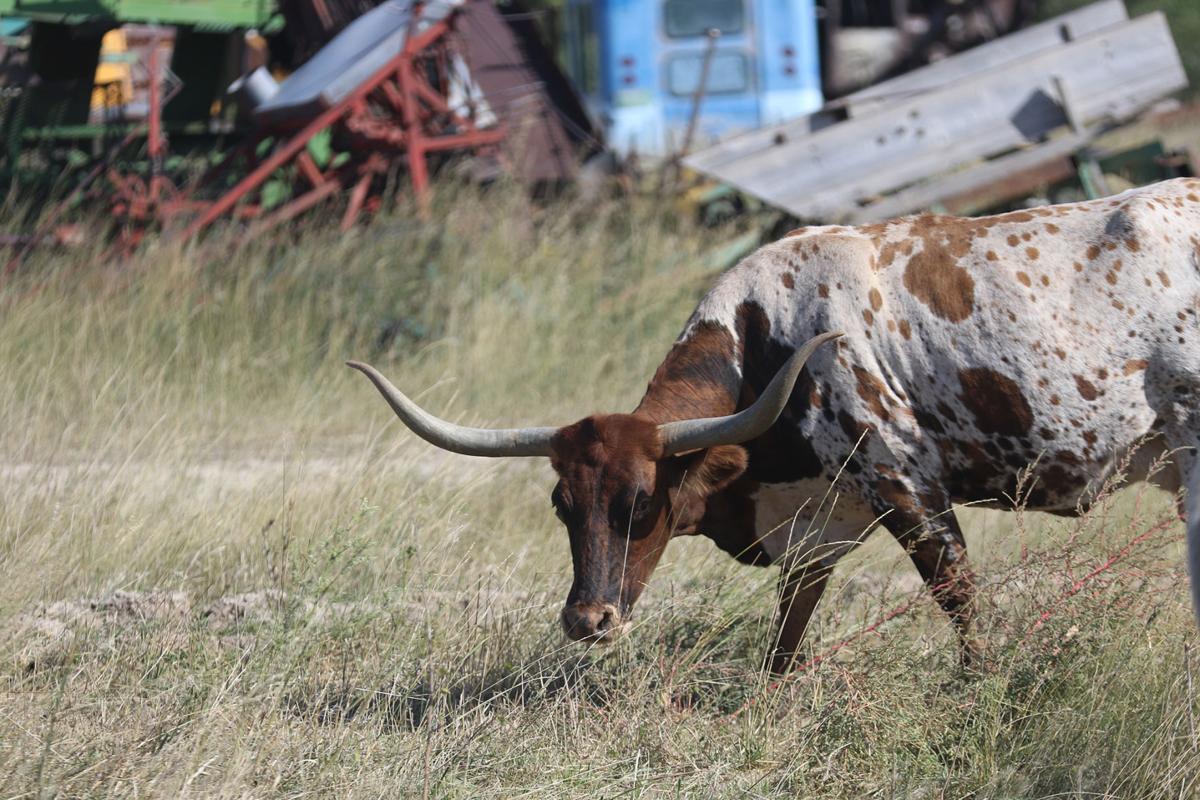 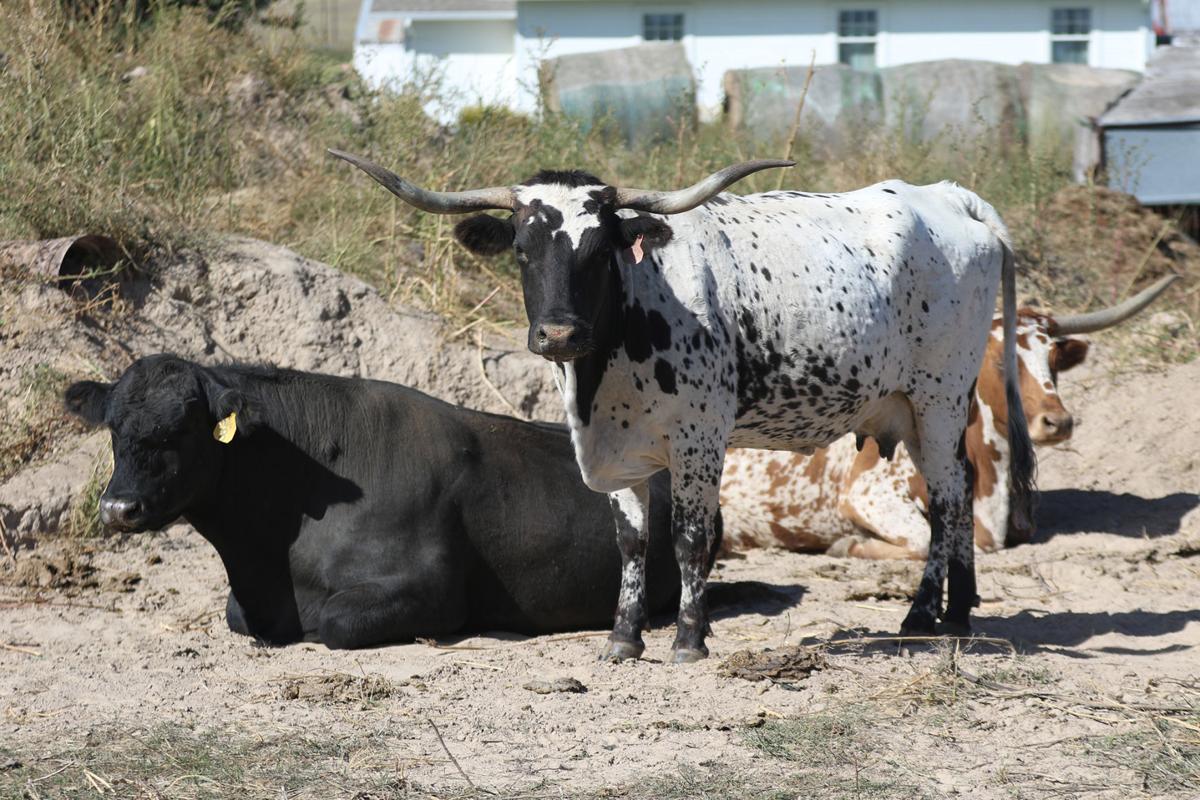 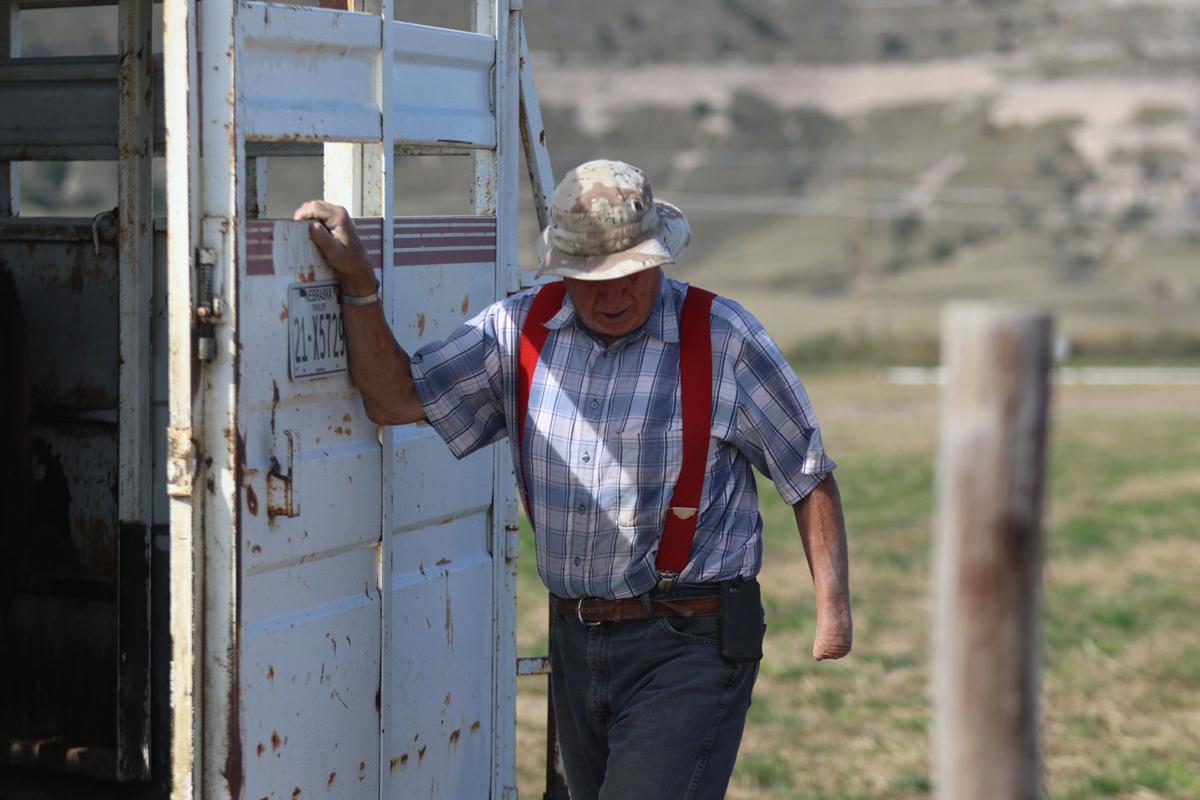 PHOTOS: Longhorns at Legacy of the Plains

Growing the future of ag

Torrington family comes together in business of ranching, feedlot and feed store

Scotts Bluff County among 49 Livestock Friendly Counties in the state