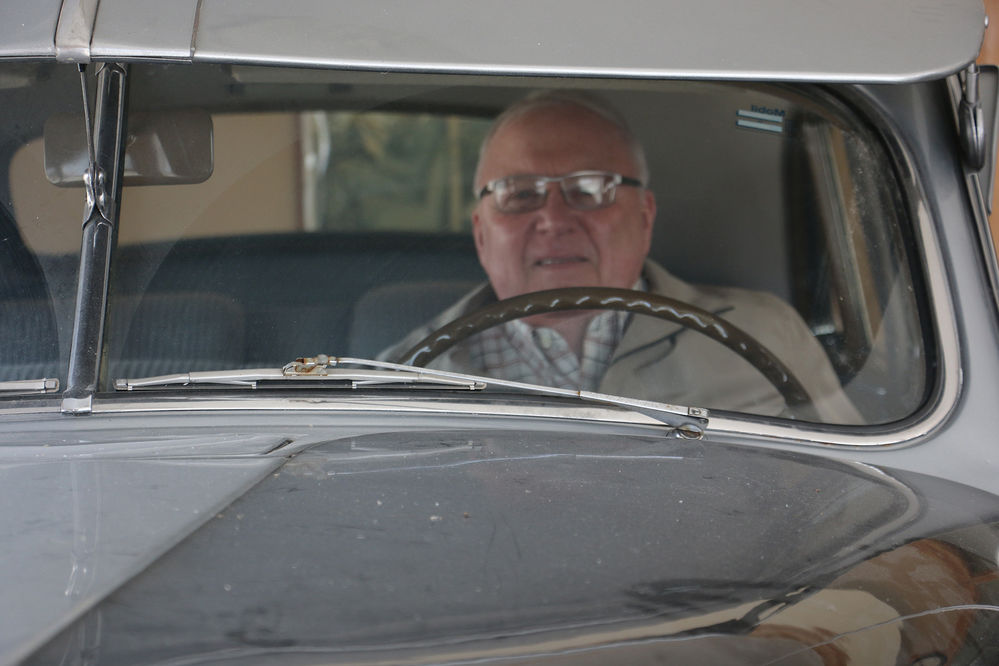 Bob Cox sits at the wheel of a 1947 Packard Clipper. Cox grew to love Packards because his father drove them and Cox remembers being around the dealership as a boy. 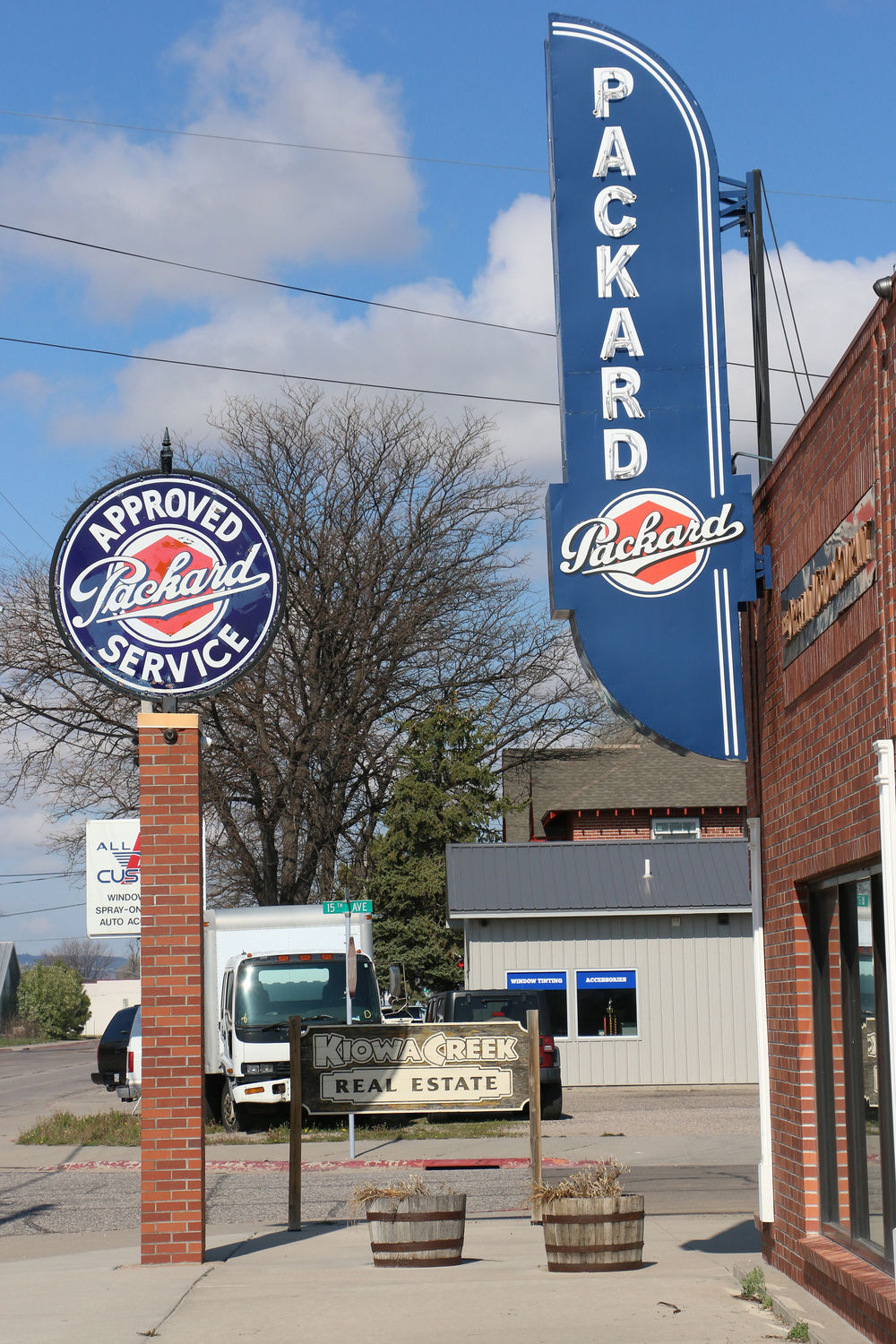 Bob Cox sits at the wheel of a 1947 Packard Clipper. Cox grew to love Packards because his father drove them and Cox remembers being around the dealership as a boy.

Bob Cox grew up with a love of Packard vehicles, so when the building on East Overland that used to house the Packard dealership in Scottsbluff came up for sale, he couldn’t resist it.

Born and raised in and around Scottsbluff, Cox has lived in the area all his life and has been in a number of professions, including insurance, real estate and a Chrysler dealership he owned on 27th Street in what is now home to Action Communications. While he sold the dealership in 1974, the car business never was too far away.

“I don’t know what there is about it, but once you get in the car business, it kind of gets in your blood,” Cox said. “You never get entirely away from it. Ever since I sold it, I continue to buy and sell and trade old cars. My big problem was that I never did have a nice, clean, warm place to store them.”

That is, until 2008 when a random trip down East Overland led Cox to see a for sale sign in the window of the building that housed a Packard dealership in the 1950s and was a service shop for many years after.

“I would come down here with my dad when he’d come to get his cars serviced and whatnot, and I’d sit in the new Packards in the showroom, and I always loved the Packards,” Cox said. “After I got out of the car business and continued to buy and sell stuff, I was always picking something up here and there and yonder.”

The ranch south of Gering where Cox lives with his wife Kim and 9-year-old son Hubert doesn’t have the clean, warm storage Cox wanted for his cars and also has a four-mile dirt road that’s not conducive to driving classic cars. After purchasing the building, Cox went to work restoring it and filling the garage with his “toys.”

“I ended up spending more fixing it up than I paid for it,” he said. “I was trying to recreate what a Packard dealership would have looked like in about 1940.”

Over the years, Cox and his family were in the ranching arena and owned several ranches around the region. He now owns a number of properties in Wyoming as well. Cox first got his real estate license in Nebraska in 1968 and in Wyoming five years later. He has been a licensed agent ever since and operates his Kiowa Creek Real Estate business out of the same East Overland building.

As a boy, Cox would travel with his father, who owned a livestock trucking company. “I think I’ve been in every farm and ranch between Fort Laramie (Wyoming) and Oshkosh, and my dad knew everybody,” Cox says.

“It isn’t as easy for me now as it maybe would have been 10-15 years ago, but I can’t hardly walk in a restaurant and sit down where I not only know the people, I know who their in-laws are and who their cousins are,” Cox said, adding that it’s amazing that a community of this size can have so many families intertwined over the years.

While Cox is expecting to move to Wyoming in the near future, he knows that he will likely never be able to replace the Packard dealership that has become his love.

“I just love cars,” Cox said. “I like to work on them. There’s some guys that like to play golf or chase girls or whatever else, I like to work on iron. That’s just my thing. I’ve got a very indulgent wife. I have the ultimate man cave. Not only can I conduct my business here, but I have my toys here, and I can come down and play.”