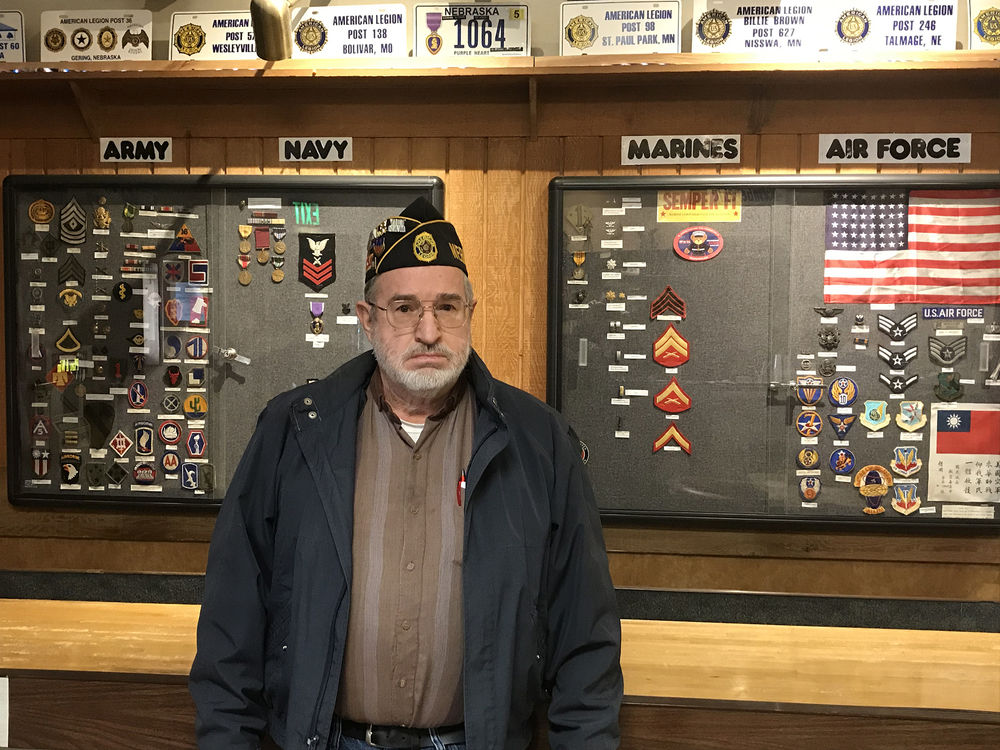 Wayne Hubbard is Post Commander at American Legion Post 124 in Mitchell. The American Legion and the Mitchell Post celebrated 100 years of existence in 2019, The display cases behind Hubbard are home to service patches and memorabilia from Post 124 members. 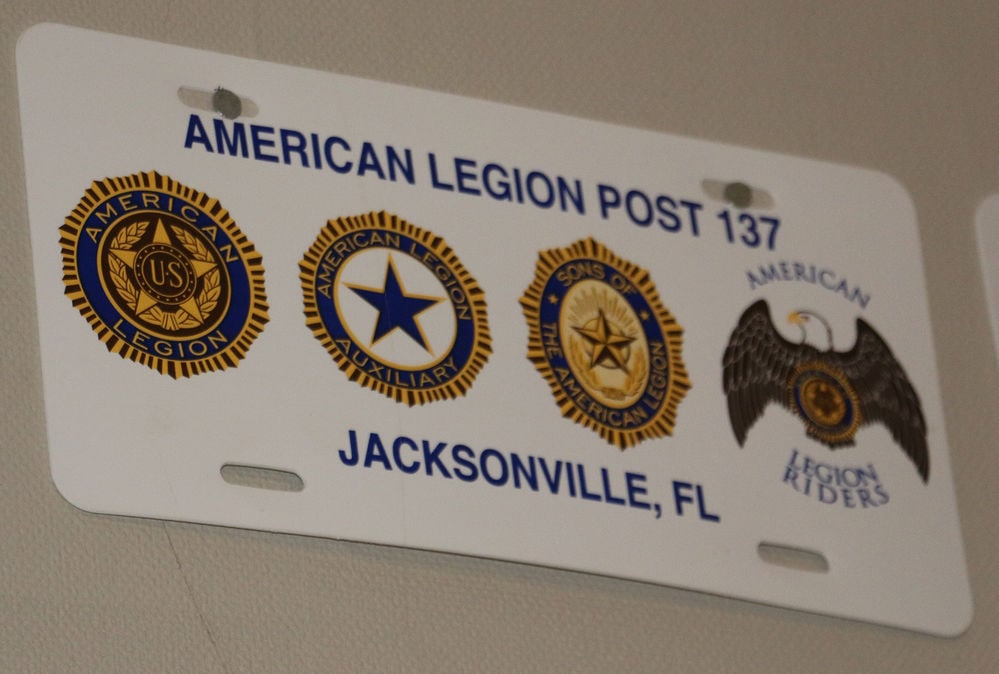 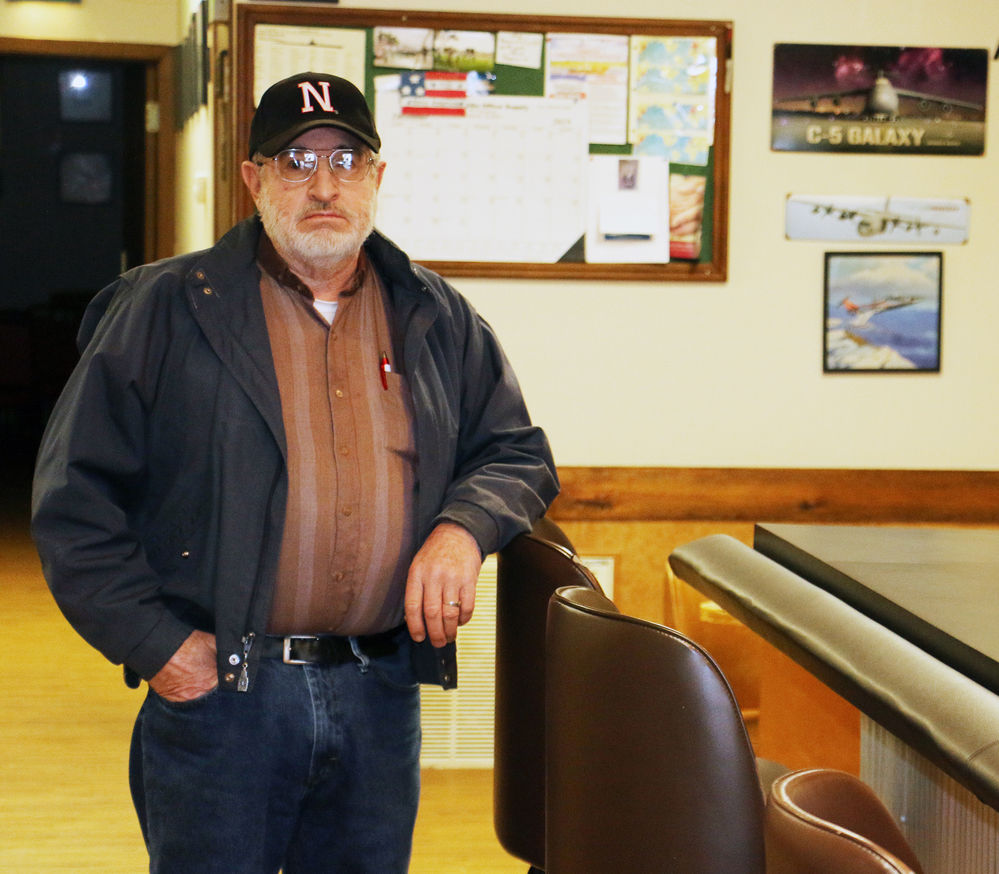 Mitchell American Legion Post 124 Commander Wayne Hubbard in in his 42nd year in the American Legion. He served during the Vietnam War as a training NCO. 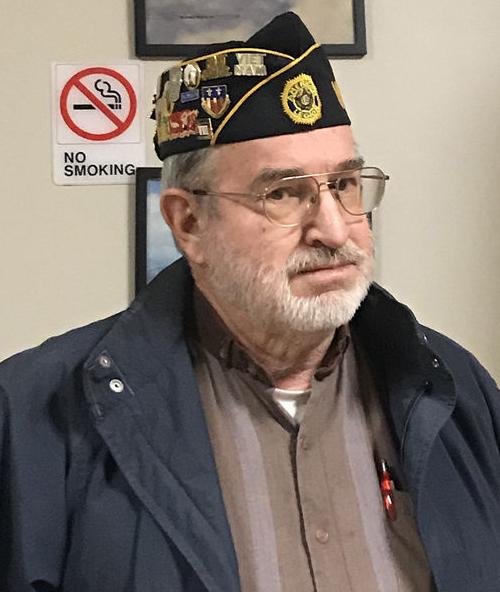 The uniform cap of American Legion Post 124 Commander Wayne Hubbard displays medals he has earned in his service.

Wayne Hubbard is Post Commander at American Legion Post 124 in Mitchell. The American Legion and the Mitchell Post celebrated 100 years of existence in 2019, The display cases behind Hubbard are home to service patches and memorabilia from Post 124 members.

Mitchell American Legion Post 124 Commander Wayne Hubbard in in his 42nd year in the American Legion. He served during the Vietnam War as a training NCO.

MITCHELL — When Wayne Hubbard came home after serving stateside in Fort Sill, Oklahoma, as an artillery training noncommissioned officer during the Vietnam War, the outside world wasn’t generally accepting of the returning soldiers. He was able to find camaraderie with others at the American Legion.

“It was about the only place we could go to that didn’t ridicule us for being a Vietnam vet,” Hubbard said.

Now in his 42nd year in the Legion, Hubbard is proud to be in an organization that helps the community and specifically is geared to helping students — “young Americans” he calls them.

Hubbard is serving as Post 124 commander for the second time. He previously served as district commander and for 20 years as county commander for Scotts Bluff County.

“I was voted in (as county commander) after I was district commander,” Hubbard said, jokingly. “That was the spot that was open here in this area. No one wanted it — I was the only one, so they gave it to me, and I took it for 20 years.”

Having owned his own construction company for a time, then spent 25 years as a contractor laying underground cable for phone companies. He is now retired and looking back at some of the successes he has seen in the Legion, especially with the youth programs.

“I had really great help when I started my part of that program,” he said. “The guy ahead of me was Dr. Howard Backus. He was a teacher, a professor. He knew all about the education and everything. He made a great program. We’re still using that format that he made up. I think we have one of the better county government programs in the state of Nebraska. Howard did us a great justice there.”

Hubbard said he learned a lot about the American Legion’s programs and its history when he first took over as district commander.

“I did go to the American Legion College back in 1991 or 1992,” he said. “I did go out to Indianapolis and go to college out there. Then you get a certificate for going out there. But I was a district commander, new at it, and I wanted to know more about it. The Department of Nebraska sent all the new district commanders out there, and we went to Indianapolis and had a whole week of schooling. It was a great time for me because I learned a bunch, but that’s a long time ago. I can’t remember everything now. ... Heavens to Betsy, I’m 73 years old, and I’m not that good at remembering things.”

Maintaining membership levels in the American Legion — much like many other service clubs — has become more challenging over the years.

“One thing I’d like to point out is the fact that the Legion clubs are having problems because of all the entertaining that (people) have at their homes now,” Hubbard said. “People don’t need to go to clubs to entertain. They have all kinds of stuff going on at their house. Really, that’s why the Legion is not doing all that well, I feel. They don’t need that companionship that they used to have because they’ve got their TVs, they’ve got their phones, everything that’s tied into their house.”

Still, there is something you can’t get at home from the American Legion.

Hubbard values the many relationships he has built with other veterans over the years.

“I’ve developed a lot of relationships, mainly in the clubs,” he said. “I know a lot of veterans from out in this area over the years. We have worked hard together on district boards to make it a better community for the whole district out here. I’ve got a lot of fellow American Legion veterans who I know and work with throughout the area out here.”