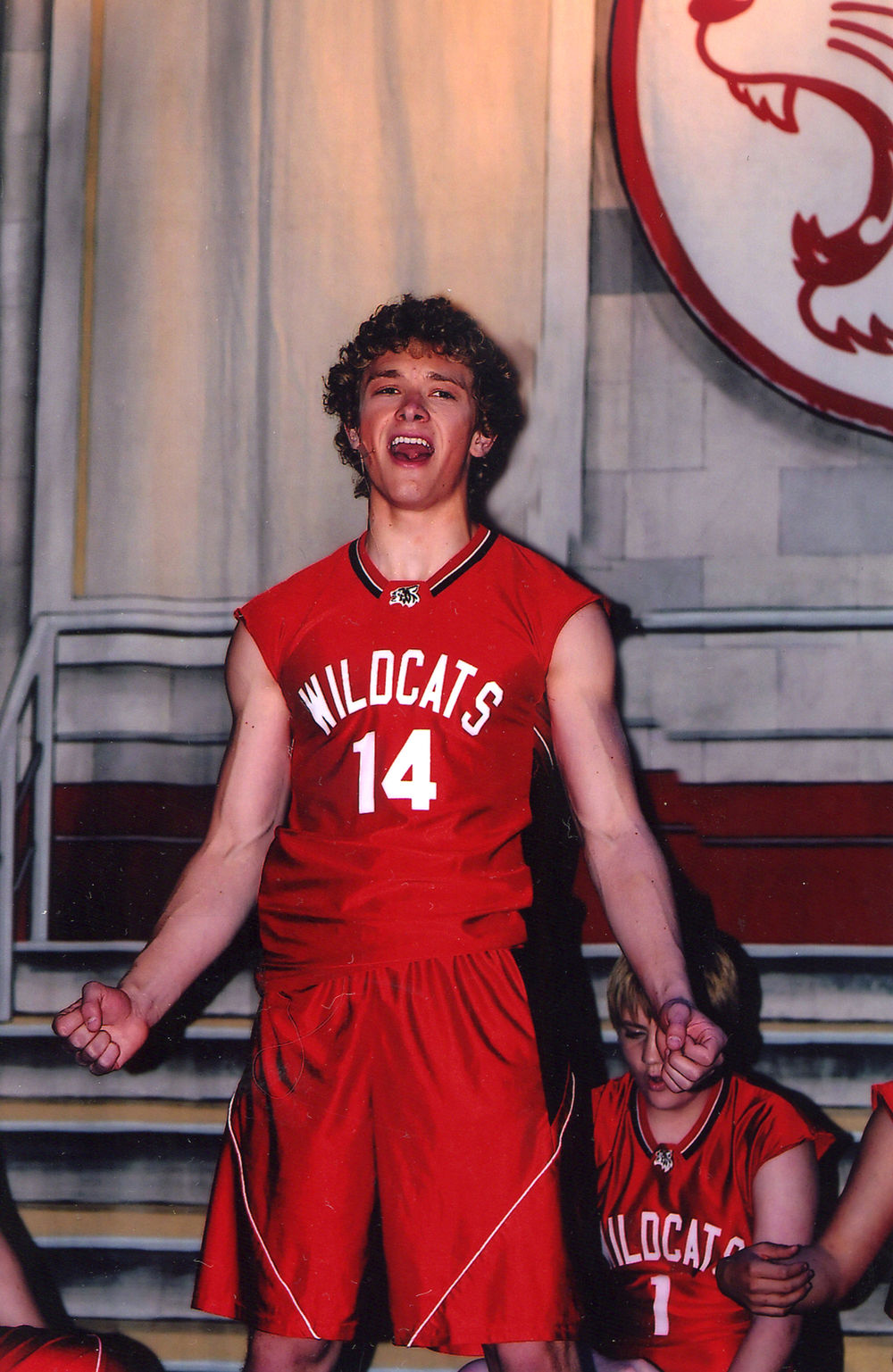 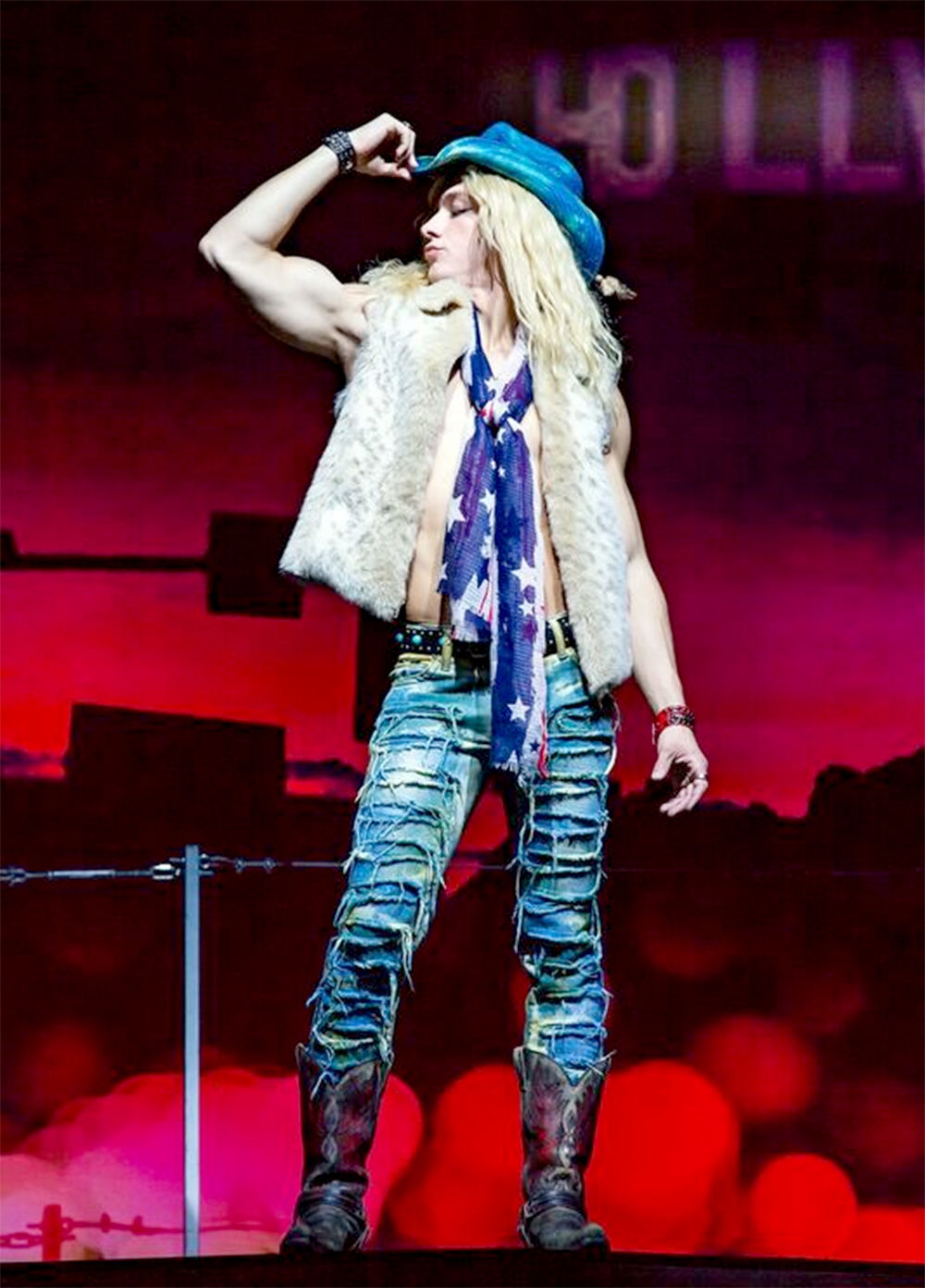 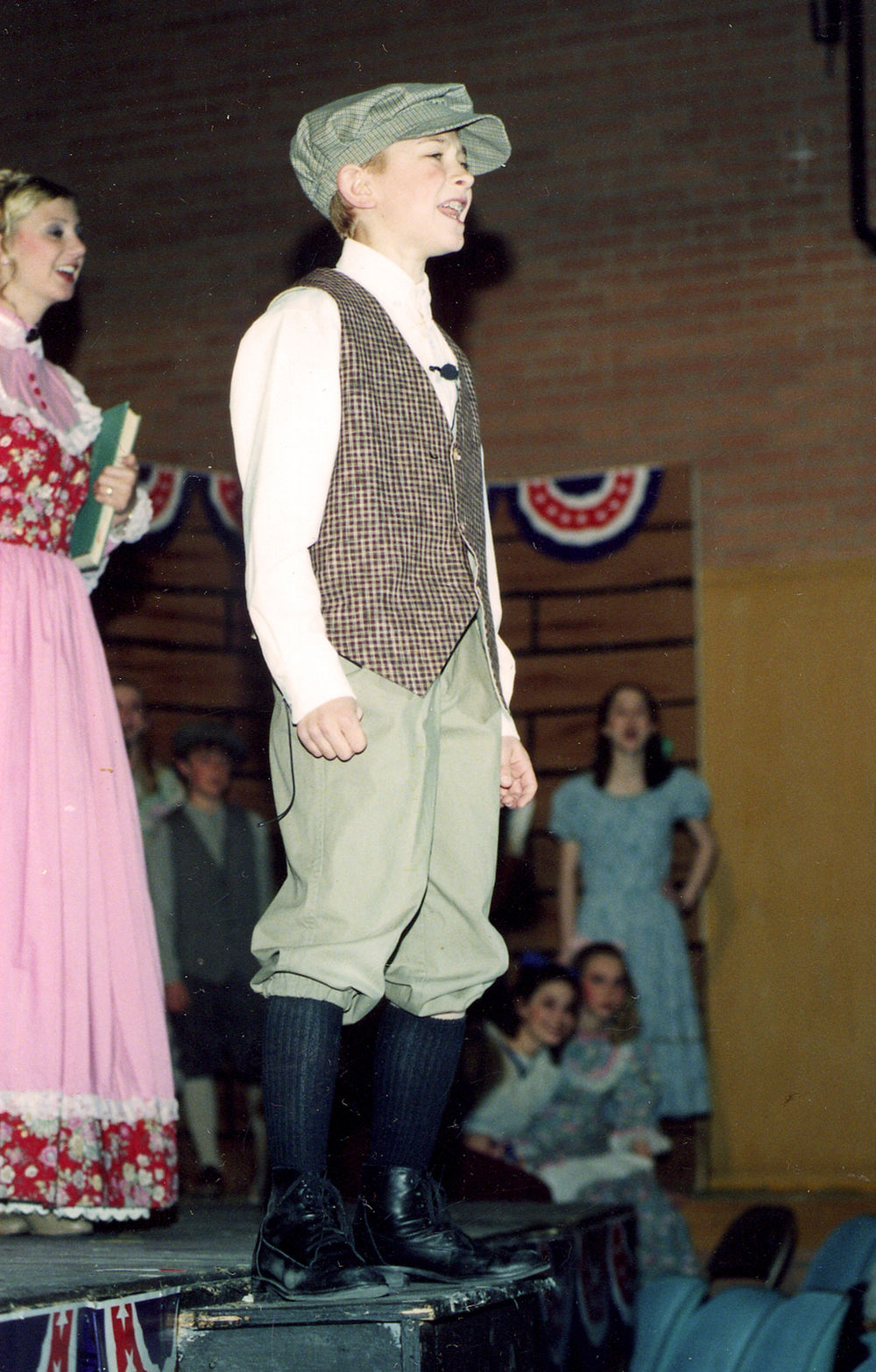 SCOTTSBLUFF ­— Growing up in Scottsbluff, Sam Harvey was involved in a variety of school activities, but he always had a dream of being a rock star.

For eight shows a week, Harvey can live out his rock ‘n’ roll dreams as rock star Stacee Jaxx during the 10th anniversary national tour of “Rock of Ages.”

From a young age, Harvey looked up to his older brother, Scott for theater inspiration and his older sister, Sarah, who was a star athlete. Although Scott was nine years older than Sam, the two had a strong relationship. Scott was involved with Foothills Theater productions, a children’s theater company associated with West Nebraska Arts Center. As Scott entered high school, he was involved in play production.

“I remember running sound for the musical my freshman year because at that time you couldn’t be in the cast as a freshman. That year we did ‘Joseph and the Amazing Technicolor Dreamcoat,’ said Scott. “I told my parents they had to come to this amazing show and bring my siblings. I think this was the start of Sam’s musical theater interest.”

As Sam grew up, he would follow in his brother’s footsteps, getting involved in the Foothills Theater. His first experience on stage was when he was a fourth grader. He was involved in the Children’s Theater production of “Music Man.” From that first performance, he would participate in productions through high school. As he balanced sports and theater throughout high school, Harvey had to make a decision.

“His senior year he was being recruited for football,” said Sheryl Harvey, Sam’s mother. “He’d been getting flyers from AMDA in New York, but I was throwing them away because my son had a passion for something I didn’t know much about.”

Sam was a three sport letterman and during one of his basketball games, Sheryl visited with a local friend whose daughter went to the American Musical and Dramatic Academy in New York City, New York.

As a family, they discussed the possibility of attending AMDA or a junior college for athletics.

“That was the first time I really thought acting could be a career,” said Sam. “I loved football and sports, but I realized it wasn’t a career.”

After graduation from Scottsbluff High School in 2011, Sam and his mother drove to Kansas City, Missouri, to stay with his brother and his wife, Alyssa. There was an audition for AMDA, so Scott and Alyssa helped him prepare a piece. “

I was so excited when Sam auditioned for the American Musical and Drama Academy,” said Scott. “I went with them to the audition day (and) once he was accepted, it was clear that his path was set.”

He enrolled in the integrated program to improve his acting, singing and dancing skills. Sam would graduate from AMDA in February 2013 and begin his career working at the college’s library. As more job opportunities came his way, he gave up his job at the library and took the stage.

He had roles in regional theater, off-Broadway theater, and theater for the Norwegian Cruise Lines.

“As he got booked in his off-Broadway shows and cruiseline, it was kind of fun to see the maturity in his voice and a little bit more ease on stage,” said Sheryl.

The “Rock of Ages” will be his first national tour, but he has acted in the performance before.

“‘Rock of Ages’ was one of my first auditions at AMDA,” he said. “This tour is for the 10th anniversary and I really love the musical, so I went in and auditioned.”

“Rock of Ages” was a 2009 Broadway hit written by Chris D’Arienzo centered on classic rock songs from the 1980s. The jukebox musical features songs by Styx, Journey, Bon Jovi, Poison, along with other rock bands, with 28 rock classics, including “Don’t Stop Believin’,” “Wanted Dead or Alive,” “Any Way You Want It,” “Here I Go Again,” and “Sister Christian.”

The story opens with Sherrie Christian, played by Katie Lamark, moving from a small town to Los Angeles where she meets Drew Boley, played by Anthony Nuccio. Boley is a busboy at the Bourbon Room club who aspires to become a rockstar. After the two meet, Boley asks his boss Dennis, played by Ryan M. Hunt, to hire Christian as a waitress.

Shortly afterward, Dennis has to develop a plan to save his business from two German developers, Hertz Klinemann, played by Andrew Tebo, and Franz Klinemann, played by Chris Renalds. The Klinemann’s develop an economic plan to remove the street’s buildings and replace them with modern shopping malls to boost tourism. Dennis reaches out to rock star Stacee Jaxx, played by Harvey, and his band Arsenal to perform. Although the band recently broke up, Dennis gets them to perform their final show at the Bourbon.

Scott said they have tickets to see his performances in Cheyenne, Wyoming, and Denver, Colorado. He said. “We joke that we are going to be his groupies, which seems appropriate since he is playing a rock star.”

Harvey is the son of Steve Harvey, a mail carrier for the Scottsbluff Post Office and Sheryl Harvey, a retired Scottsbluff Public Schools teacher who is part owner of Tossed & Found in downtown Scottsbluff. Scott Harvey is a music teacher at Lincoln Heights Elementary.

For more information about “Rock of Ages” and for tour information, visit http://rockofagesmusicaltour.com.

Rotarians take pride in giving back

Service above self brought to life in Rotary International projects