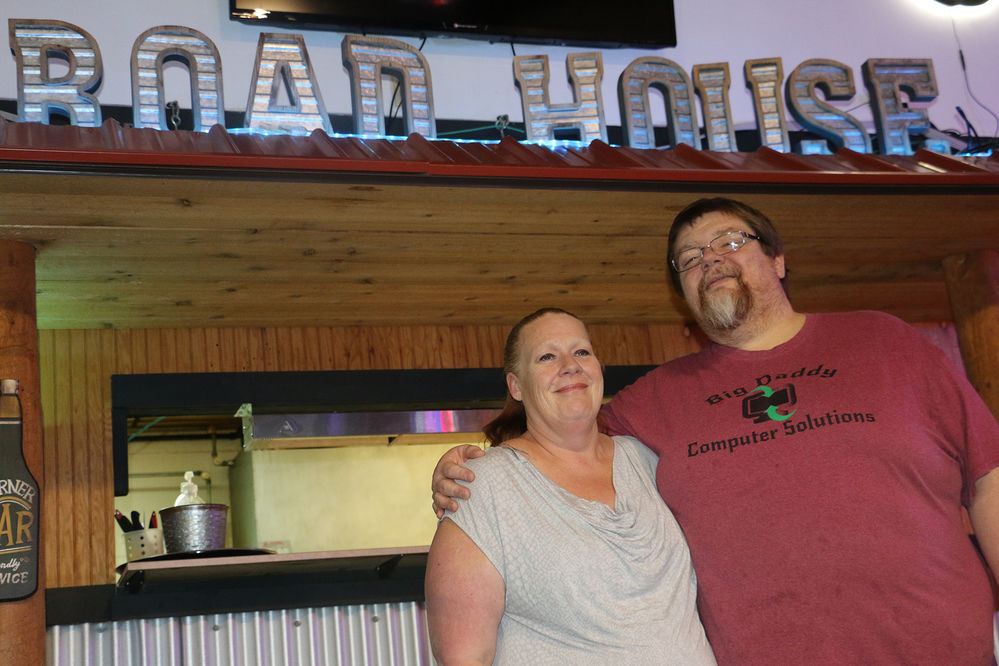 Darin and Teresa Spurgeon began running the kitchen of the Oregon Trail Roadhouse in August 2019, and took ownership of the bar in January. The Spurgeons are working to keep the history of the establishment while moving forward with their own ideas. 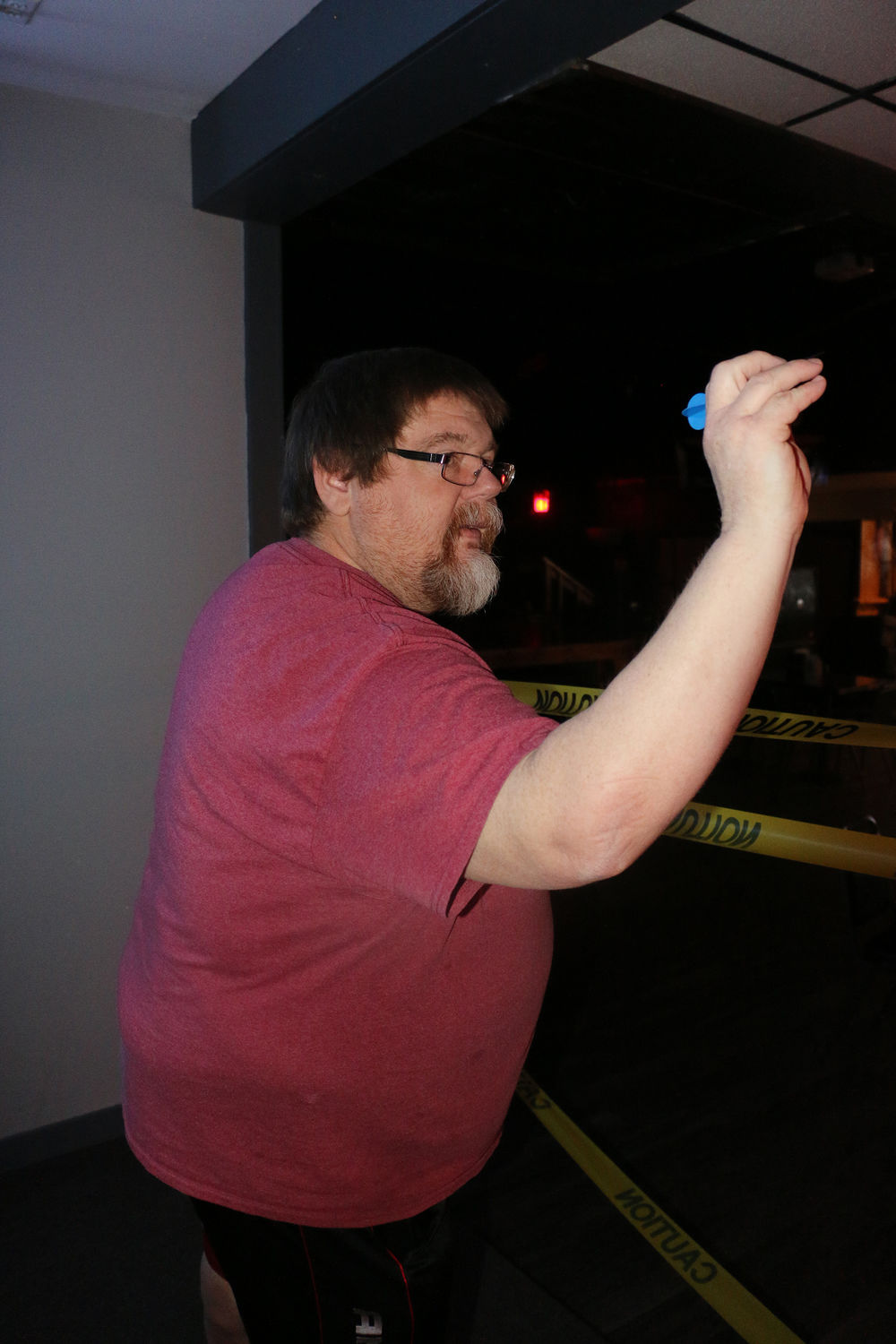 Darin Spurgeon throws a dart at the Oregon Trail Roudhouse in Gering. Once restrictions are lifted, the Roadhouse will have dart leagues where competitors can use technology to play against opponents across the globe.

Darin and Teresa Spurgeon began running the kitchen of the Oregon Trail Roadhouse in August 2019, and took ownership of the bar in January. The Spurgeons are working to keep the history of the establishment while moving forward with their own ideas.

Darin Spurgeon throws a dart at the Oregon Trail Roudhouse in Gering. Once restrictions are lifted, the Roadhouse will have dart leagues where competitors can use technology to play against opponents across the globe.

For decades, the Oregon Trail Roadhouse on M Street has been commonly referred to as “The OT,” no matter what variation on the name was currently in use.

“I don’t care if they call us the OT, the Oregon Trail, Oregon Trail Roadhouse, that place that used to be Goonies for a short time, whatever they want to call it, just so long as they come here,” said Darin Spurgeon, who co-owns the bar/restaurant along with his wife, Teresa.

The Spurgeons began operating the restaurant portion of the Roadhouse in August 2019, then purchased the bar portion Jan. 1.

“I was already in love with the place,” Teresa said. “The staff, the customers, the atmosphere.”

Darin and Teresa are trying to operate the business with a more family feel for the staff, and that has carried over to the customers. They have brought in high-chair swings and more boosters as well as installing a changing table in the restrooms and adding a kids menu.

“We’ve tried to make the restaurant portion of it more family-friendly, and we’ve seen a lot more families coming in since we’ve taken over,” Darin said. “We’ve progressively seen them bringing their kids in.

“People still say our portions are too big, but I always say, ‘You’ve got a fat guy in the kitchen, you’re gonna get big portions.’”

Oddly enough, Teresa has long wanted to operate a restaurant, and Darin had always thought it would be fun to own a bar. Now that they own both, the roles they have taken in the business are actually reversed.

“She’s always wanted to own a restaurant, and we’ve talked about that for years,” Darin said. “Growing up with my dad’s friend, Dean Freouf, who owned The Gambler, I’d always thought it would be cool to own a bar. So, I thought it's weird that ... the roles have kind of swapped. She spends more time in the front of house because she knows that area better than I do, and I spend more time in the back of the house.”

Teresa said the relationship with customers has been rewarding.

“We have regulars who come in and have become like family,” she said. “You get the people you see all the time, and it’s just a totally different way of greeting them and things like that because they’re more like family, too.”

With the help of donations and support from the Oregon Train Community Foundation, the Roadhouse has been able to continue offering sack lunches for those impacted when schools shut down, and they are taking lunches to the residents of The Lincoln House in Scottsbluff, some of whom have been unable to get to the store.

Hand-cut steaks, hand-breaded chicken fried steaks and specialty burgers are among the offerings at the restaurant, but a key for the Spurgeons has been to maintain the history of The OT.

Teresa also hopes to preserve the heritage within the business.

"I want to keep it the Western that it’s always been,” she said. “That’s important to me because that’s the history of the place, long before anybody really took over, the Oregon Trail has always had a historic value to it, too. I want to keep that, and I want to preserve that we’re a part of the Western heritage for here. That to me is really important.”