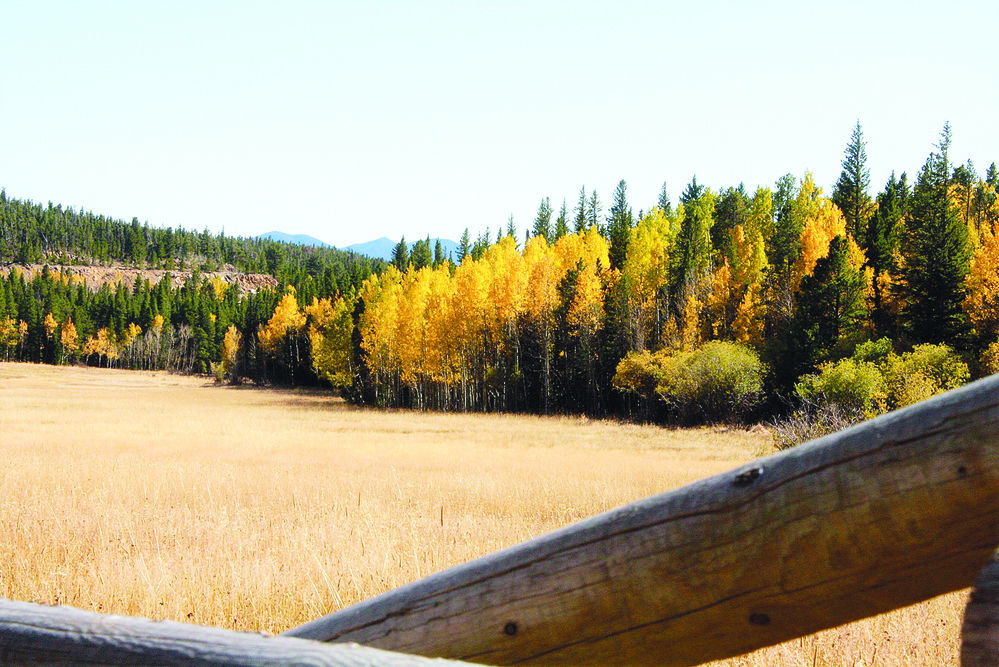 Lauren Brant/Gering Courier The golden aspen tree leaves pop through the evergreens within a valley in Colorado. The Brants went to enjoy the fall colors Oct. 6 and also explored Boulder falls and saw herds of elk in Estes Park. 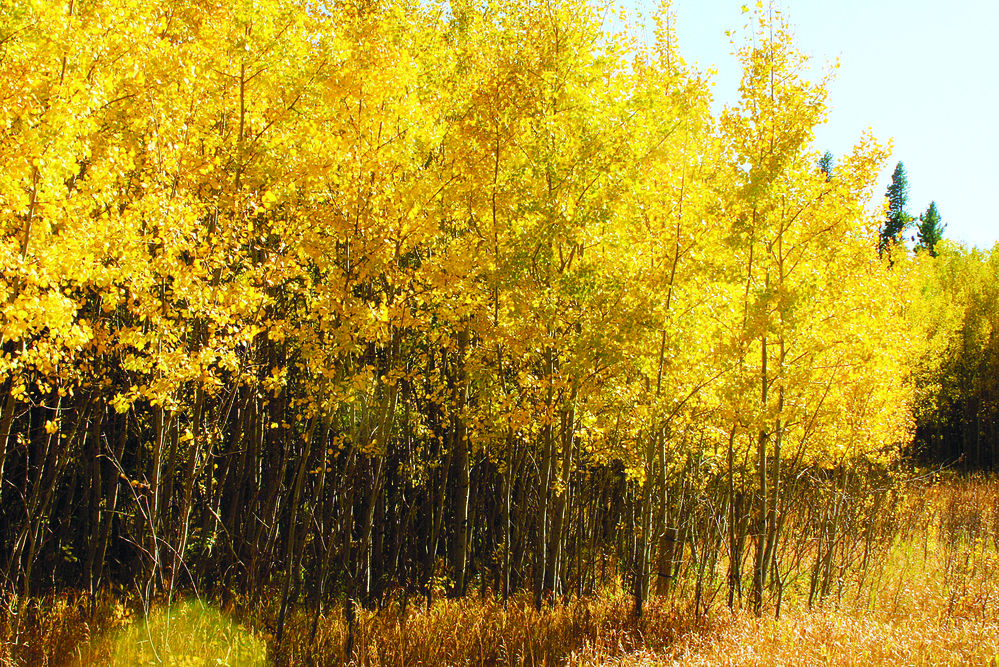 Lauren Brant/Gering Courier The golden colored leaves glisten in the Colorado sunshine Sunday, Oct. 6. Lauren Brant went with her husband, Dylan and parents, Sean and Becki to the mountains to see the fall colors before the first snow.

Lauren Brant/Gering Courier The golden aspen tree leaves pop through the evergreens within a valley in Colorado. The Brants went to enjoy the fall colors Oct. 6 and also explored Boulder falls and saw herds of elk in Estes Park.

Lauren Brant/Gering Courier The golden colored leaves glisten in the Colorado sunshine Sunday, Oct. 6. Lauren Brant went with her husband, Dylan and parents, Sean and Becki to the mountains to see the fall colors before the first snow.

As the temperatures get ready to drop below freezing and the leaves start to change, it was time for our annual trip up the mountain to look at the colors.

With the backdrop of Longs Peak, we drove through the Colorado mountains taking in the smells, sounds and view of fall. The strong winds had blown most of the leaves from the tree branches Sunday, Oct. 6 when we went up, but several trees were holding on another week before the projected snow storm.

With my dad, Sean, driving our car around the winding roads, I rolled down the back window and stuck my head out to breath in the fall air. As the wind crashed against my face, I reached for the camera to capture the golden glisten of the leaves shifting on the branches through the wind.

My dad pulled off onto the side of the road and I hopped out. As my husband, Dylan, dad and I waited to cross the street, I told Dylan about my tradition when I look at the colors. Once I’m standing under the aspen trees, I stand still, close my eyes and listen to the rustling of the leaves. The sound is something difficult to describe, but I find myself smiling every time.

After listening to fall, the challenge began. I stood underneath the aspen trees taking photos of the leaves, waiting for one to fall. The goal is to catch the leaf before it touches the ground. That task proved more difficult this year as the trees were located beside the road and every time a leaf blew off the branch, the wind carried it across the roadway. Unfortunately, I could not catch a leaf for this reason and turned my focus back to photographing the scenery.

We continued driving around the mountains, seeing the reds, oranges and golden yellows. As we overlooked a valley, I zoomed out and noticed an interesting effect the barren tree branches created. The branches looked like webbing crisscrossing in front of the colorful aspens, which creates a weird illusion that made the landscape look foggy.

Throughout the morning, we saw several signs along the road warning leaf viewers to use caution and not to pull over on the road. Leaf viewers was a different term I had never heard of, but it was a phrase that stood out and became a point of discussion in the car for several minutes.

Following our excursion to look at the leaves, we headed down the canyon and visited Boulder Falls. A short hike along a rock staircase, we arrived at the falls. It was far enough off the highway we couldn’t hear the traffic. As usual, my dad, Dylan and I wanted to get closer to the falls, so we navigated over the boulders down to the small stream below. While getting down to the stream seemed easy, getting out was a different story.

Since the rocks were slick and pitched at steep angles, we either had to find secure footing or run up the side. Dylan decided to show my dad and I up by running up the northern side of the rocks. He reached the walking path before my dad and I even went very far. Jokingly, my dad said we are pacing ourselves, but truth be told, we chose the more challenging escape route.

We eventually climbed out and headed back to the car and headed home. While exploring the mountains always is an adventure, going to see the fall colors is something that will never get old.

ADAM FLOWERS: I wish I hadn't wished away my time

SCOTT HOLLIFIELD: Hello, newspaper readers, both in print and online!