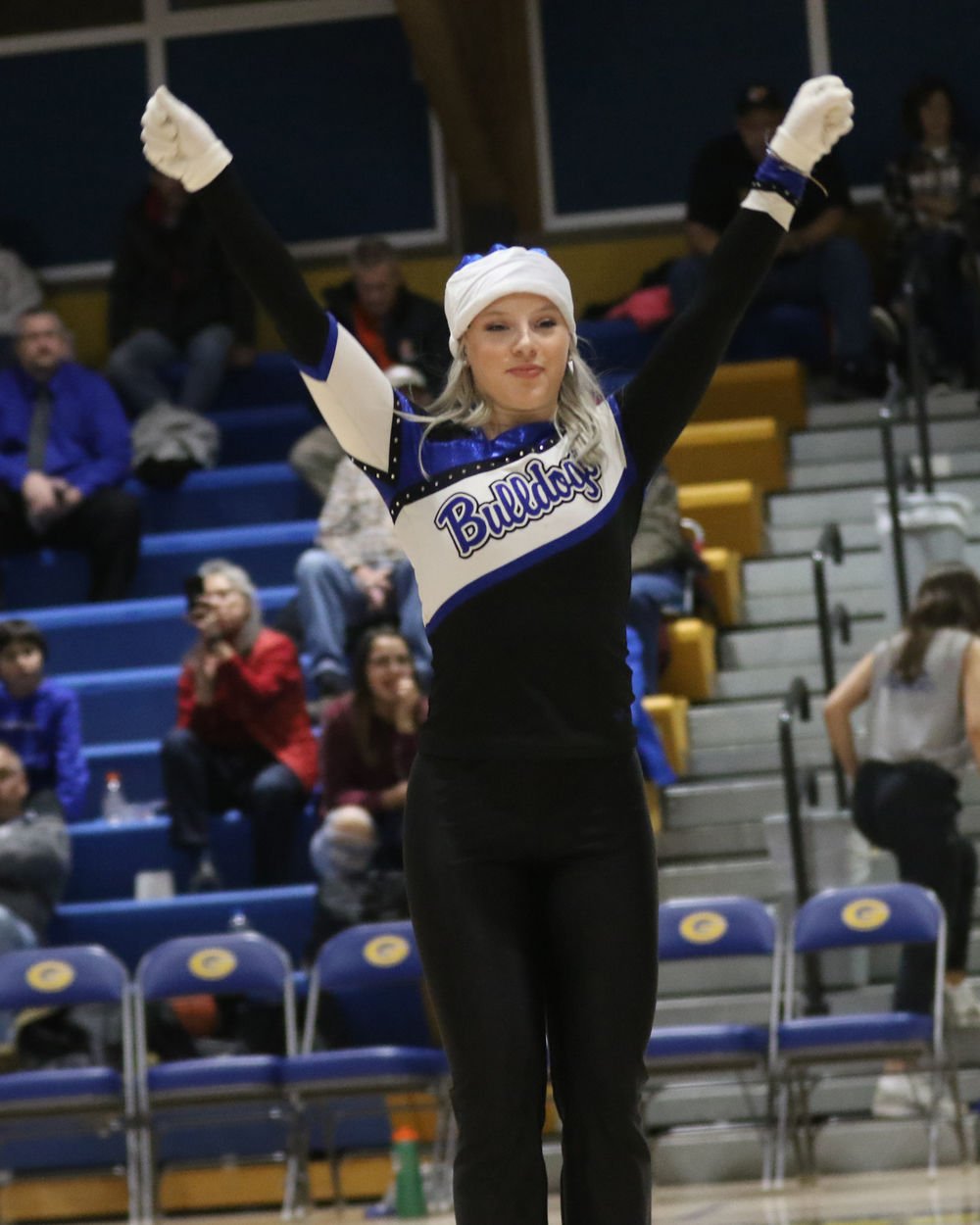 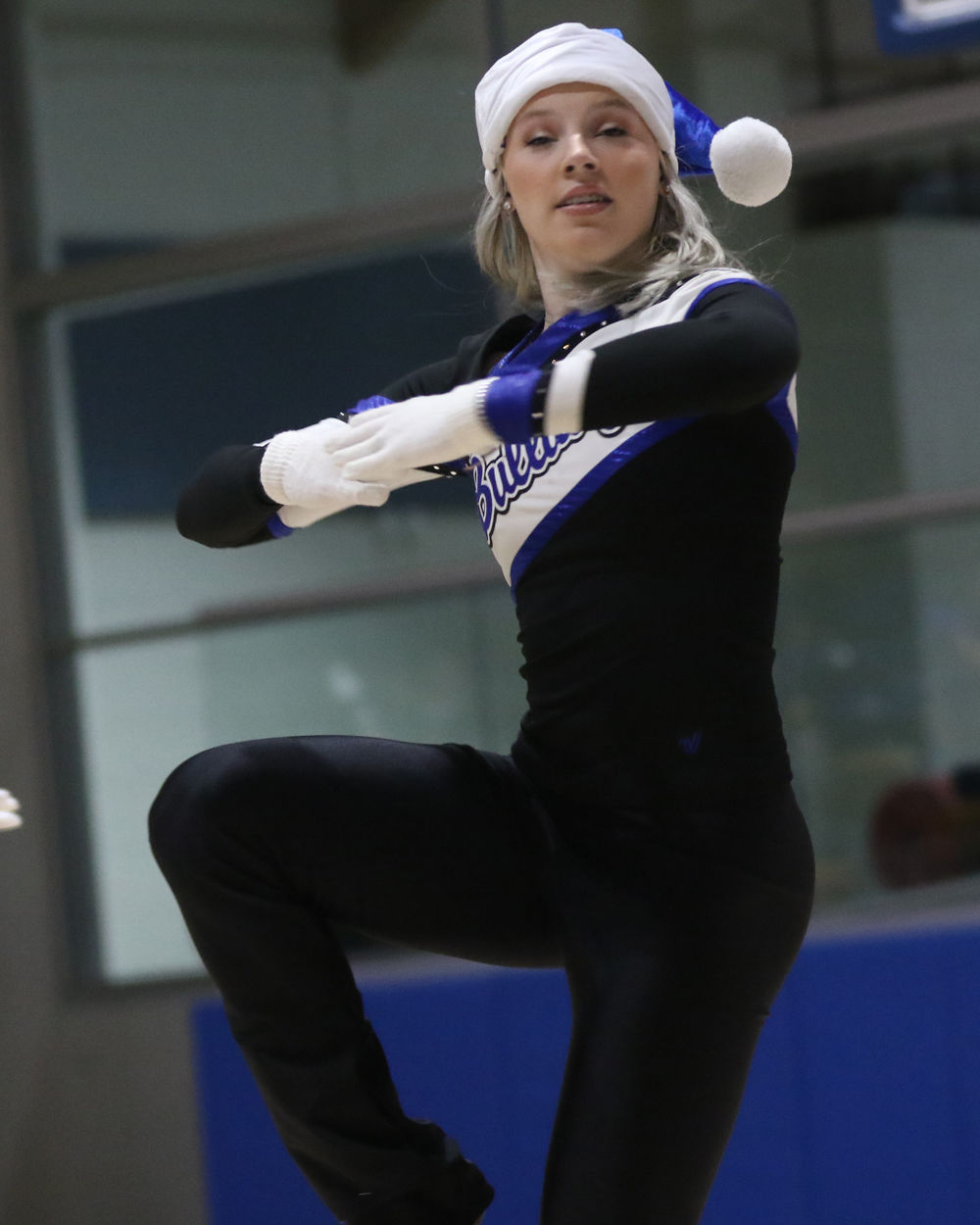 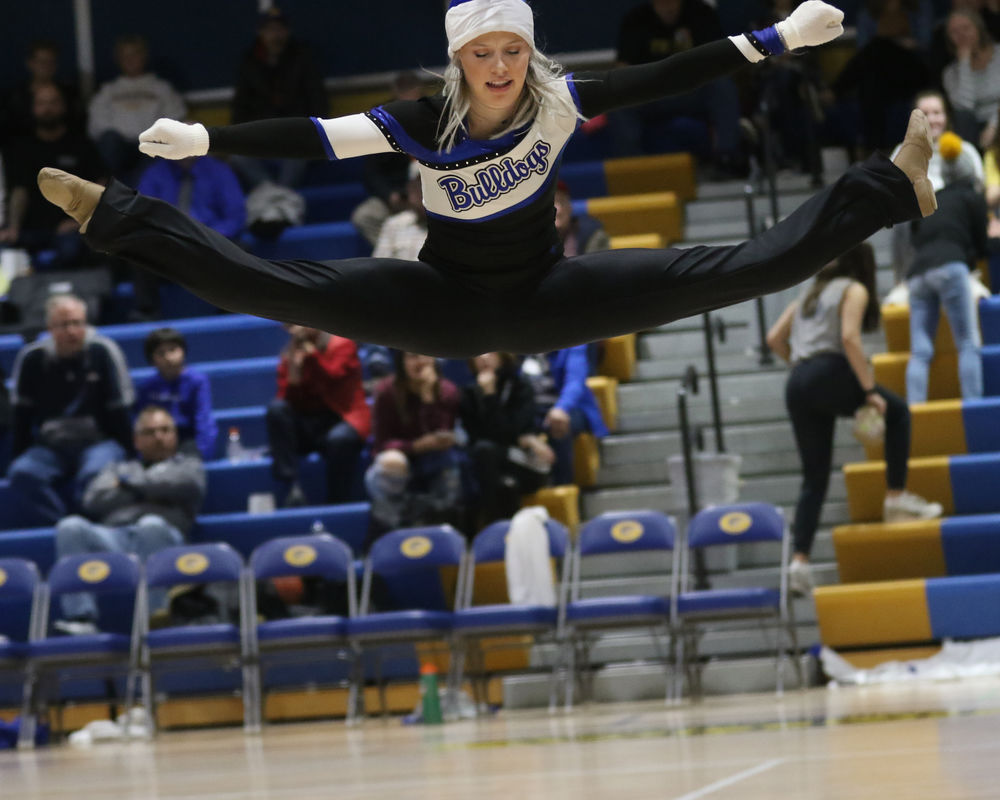 When Kennie Gable steps on the court, it is more than just playing volleyball, which the junior Bulldog did this fall. Gable is also a member of the Gering High Pom Dance Team and has been for the past three years.

Dancing is just part of what Gable does at Gering High School. She also is involved in the Mock Trial Team that won districts and did well at state in December. She is also on the speech team. She said anything that allows her to perform is what she enjoys.

Gable started dancing when she was 5 years old and has continued through high school. On the athletic court, she was a key member of the volleyball team, serving as a defensive specialist with her hustle.

Here is a quick question and answer with the talented Gable about her activities at Gering High School:

Q: You are a member of the Gering dance team. What has that been like and how much do you enjoy that? How long have you been on the dance team?

A: I enjoy the dance team a lot. This is my third year on the team.

Q: When and how did you get involved with the Dance team?

A: I have been dancing my whole life so when I became a freshman, I tried out for the team.

Q: What is it like to perform at halftime of the sporting events?

A: It is so much fun. The crowd gets into it and it is truly a blast.

Q: Why do you love to dance?

A: I really love performing and just being able to entertain the crowd.

A: No, it’s not difficult. I really like being able to do both.

Q: You were also a member of the mock trial team that won districts and did well at state in December. What was it like to be on the team and compete at state?

A: Well, it was actually my first year doing mock trial and it was really fun to be able to go to state.

Q: Between volleyball, mock trial, and dance team during the fall semester, how did you handle all the activities?

A: It was definitely busy sometimes. I would sometimes have poms at 6:30 in the morning, a volleyball game that night and then mock trial practice following the game. Made for a lot of long days but I would not trade it for anything.

A: I think the hardest part is just learning all the dances and remembering them.

Q: When did you start to dance and what is your dancing history?

A: I started going to TDA (Tabor Dance Academy) when I was 5 and went all the way through 6th grade and then I took two years off and tried out for the dance team and have been in it ever since.

Q: What is your favorite dance on the Pom team?

A: My favorite would have to be our state hip hop routine.

Q: Of everything you do, what is your favorite?

A: That’s a hard one but I really love to perform, so all my activities that deal with that are my favorite (speech, musical, poms).

Q: What is your advice to other students to be successful in high school?

A: I would say get involved in things you love to do and just run with it and take it as far as you can go.

Q: Here is a hard question – What are three words to describe you and why?

A: I would say probably dramatic, spirited and fun.

Q: Best thing about the new school and why?

A: I love the new auditorium. It has such comfortable seats now and the stage is renovated to let us do more cool stuff with our shows.

Q: Do you have any siblings and who are they and their ages?

A: I have one brother, Bo Gable, he is in sixth grade.

Q: Who are your parents?

A: Stevie and Travis Gable

Q: What are your hobbies?

A: I love to drink coffee, watch Tik Toks, and have fun with friends.

Q: If you were stranded on a deserted island for a year and could have only two things with you, what would they be and why?

A: Probably a water bottle and a tent.

Q: If a musical artist wrote a song about you, what would it be and who would be singing it?

A: “Shake it off” by Taylor Swift.

Q: Who is the best athlete in your family?

Q: Who is your hero and why?

A: I would have to say my mom. She is so strong and kind, and she has taught me so much.

Q: Now for some fun questions:.

Fault in our Stars

Gering girls fall in B-8 tournament