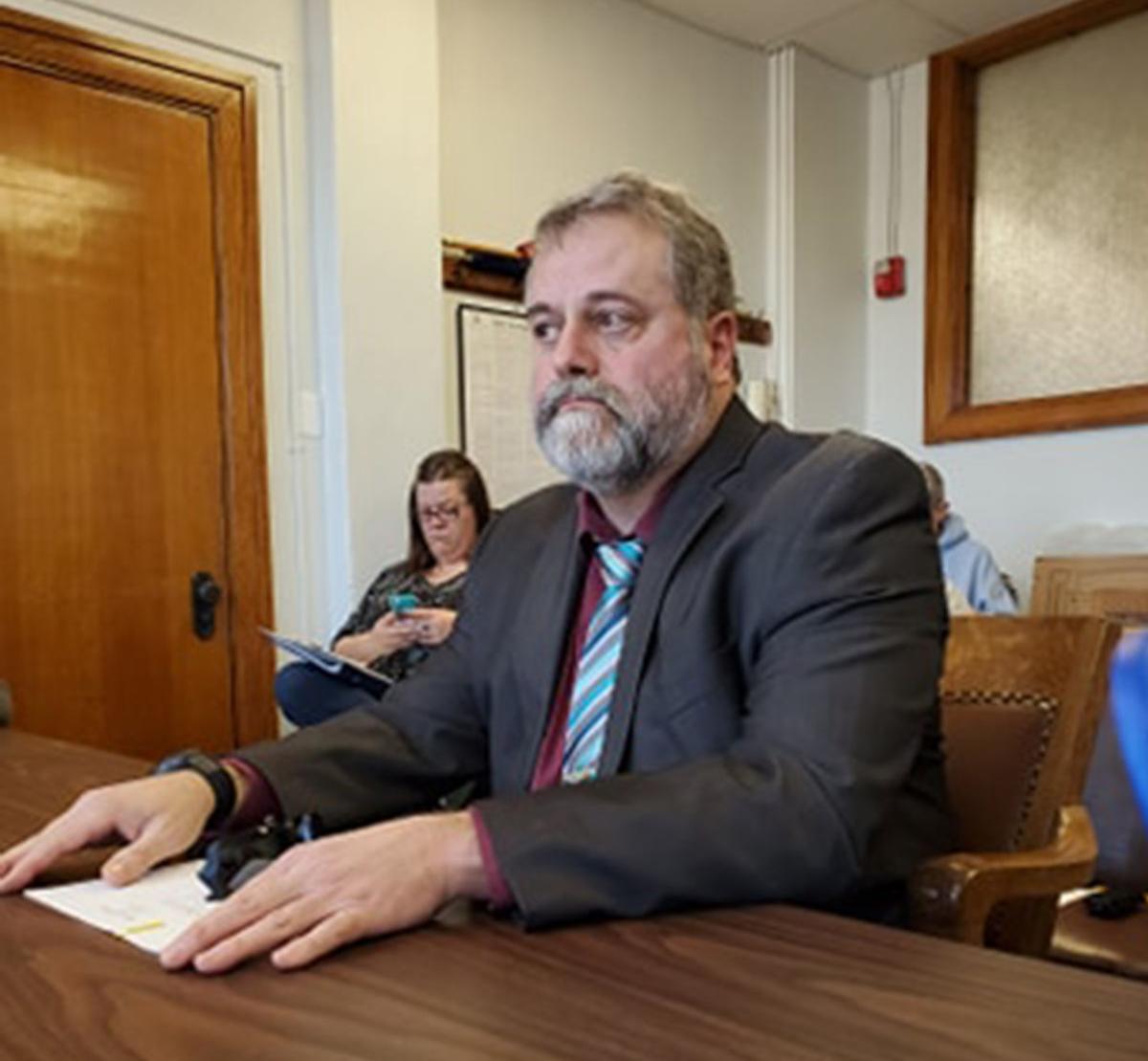 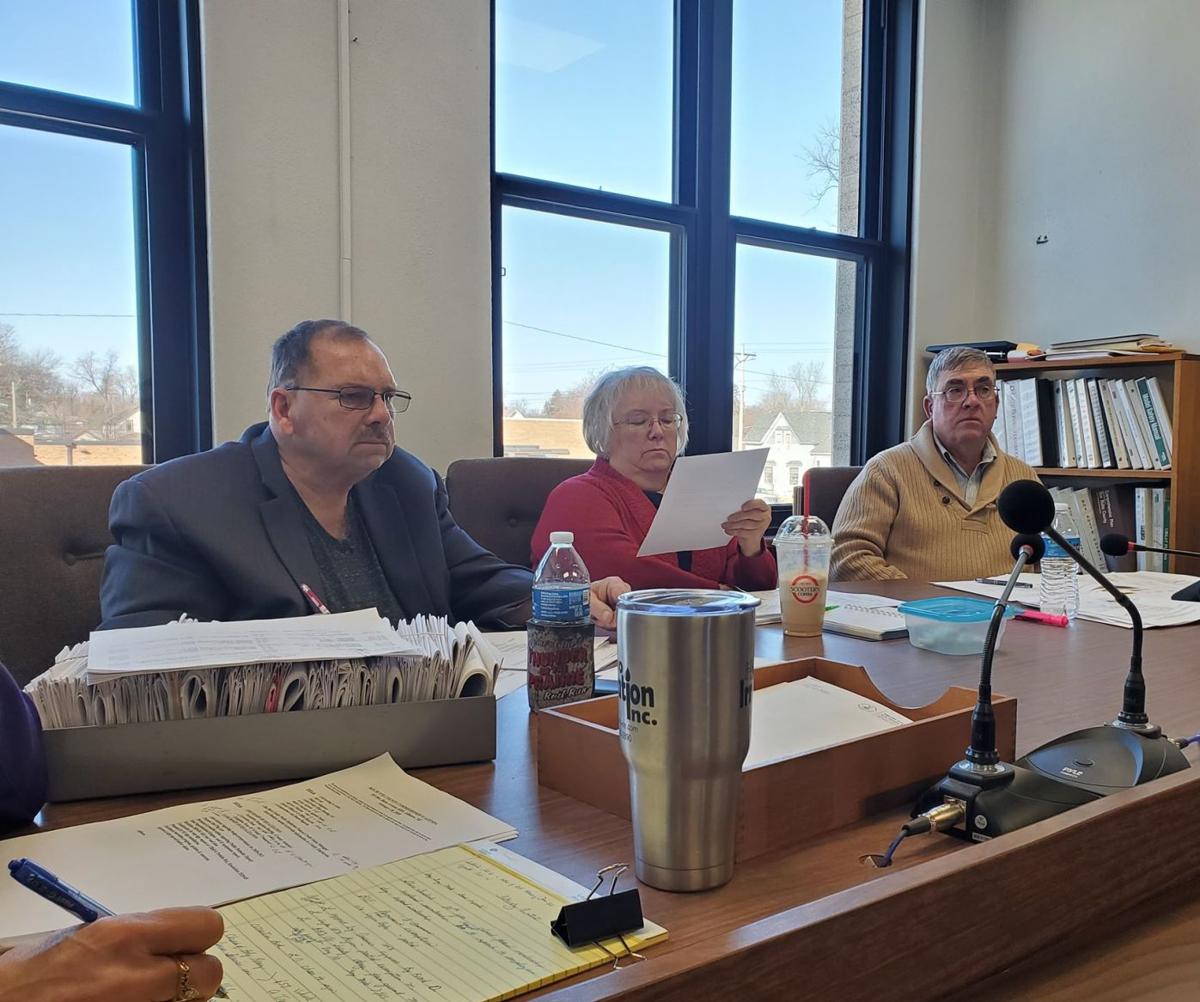 The Box Butte County Commissioners conducted their monthly meeting in front of the Courthouses’ new windows. If you happen to drive by be sure to glance at the new look and upgrade. It was much needed as the windows were old and very drafty.

The Box Butte County Commissioners conducted their monthly meeting in front of the Courthouses’ new windows. If you happen to drive by be sure to glance at the new look and upgrade. It was much needed as the windows were old and very drafty.

The Box Butte County Commissioners appointed an Interim Public Defender during their regular board meeting on Tuesday, Feb. 18.

Upon resuming regular session a motion was made appointing Knepper as the interim public defender effective Feb. 29th through until July 31st.

He will be paid at the rate of the previous public defender, $50,818 per year, and is to participate in all benefits of county employees.

During the Commissioners second monthly meeting in January they moved to appoint the Law Office of Kelly, Ostdiek, Ossian, and Vogl to serve as interim Box Butte County Public Defender through July 31, 2020. With Rebecca Chesek providing Public Defender Services with other qualified attorneys of the firm providing support.

However upon reviewing the case load the Law Office of Kelly, Ostdiek, Ossian, and Vogl notified the Board that the caseload for Public Defender in Box Butte County would be too much for Chesek to handle so she withdrew her position.

The current, Public Defender Jon Worthman, was arrested in Scottsbluff on Jan. 8, 2020 and is facing charges of possession of cocaine with the intent to deliver, not less than 10 grams.

Worthman was placed on medical leave and will resign his position July 31.

Earlier in the meeting, the Board entered into Board of Equalization for the Permissive Exemption Hearing that is conducted every four years. Assessor Michelle Robinson presented the Board with a stack of exemptions from churches and other non-profit organizations.

The VFW in Alliance, American Legion in Hemingford, and American Eagles Club in Alliance were the three partials to be signed.

There was one tract owned by the Box Butte Ag Society that has been leased out for farm ground that was denied by Robinson and the Board agreed with her decision.

“Is it available for public use?” asked Lore. “I can’t go have a picnic on that piece of ground, so is it everybody's or is it just theirs that they collect a payment on.”

Hashman voted no to the motion as he felt that the solar field on Box Butte Ag Society grounds but leased by the Village of Hemingford should not be tax exempt either.

Hashman asked that it be put on the agenda for the next board meeting to give them a chance to look over the material.

McGinnis was hesitant to sign as presented. His major concern was funding.

“I feel we have way too many projects on the one year,” he said.

It was noted that four of the twelve projects on the projected one-year plan were on the one-year last year but were unable to be completed due to the flooding.

“We had 11 projects last year and we didn’t have the funds for all 11 last year either,” Keegan noted.

“At budget time, I don’t want you coming in here saying that you want another $1.5 million dollars," McGinnis said.

“I don't know why you wouldn't sign it, these are proposed, doesn't mean they are going to happen,” added Keegan.

Of the twelve projects on the one-year plan, three of them are FEMA projects and four are Upper Niobrara White NRD.

“How much do we have expended in FEMA projects so far?” Lore asked.

McGinnis wanted to hold off on anymore FEMA projects until they were reimbursed a little more.

“I share your concerns about the funding but at the same token these are the rules of the means to at least get what we can get,” said County Attorney Terry Curtiss.

The complete One- and Six-Year Box Butte County Road Plan was signed.

Box Butte County Rural Resident Amanda Cotton asked for the Board to consider putting a stop sign up at the intersection of CR 68 and Perkins Road back in December of last year.

The Board voted to have an engineer study conducted. The results came back and the recommendation was that a stop sign was not justified due to the low traffic volumes and the fact that neither roads are through roads.

Cotton asked for the Board to travel the road and take into consideration that there are a lot of families that live on that road.

However at this time the Resolution was signed stating that no stop sign will be placed there.

“We appreciate you coming to us,” said Hashman. “I hope you teach your young drivers how to drive safely.”