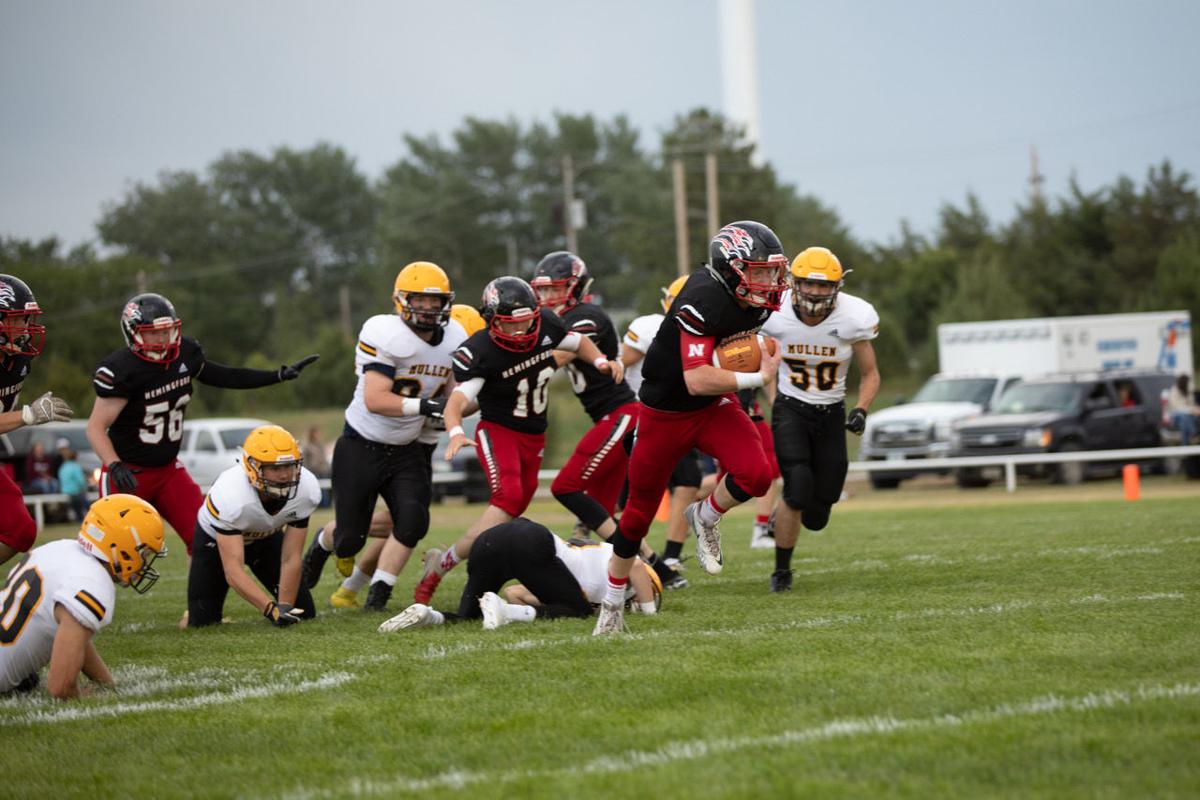 Bobcat junior Brian Turek charges through the Mullen Broncos defensive line during Friday’s home-opener. Turek rushed for over 280 yards with 34 carries and 17 tackles. 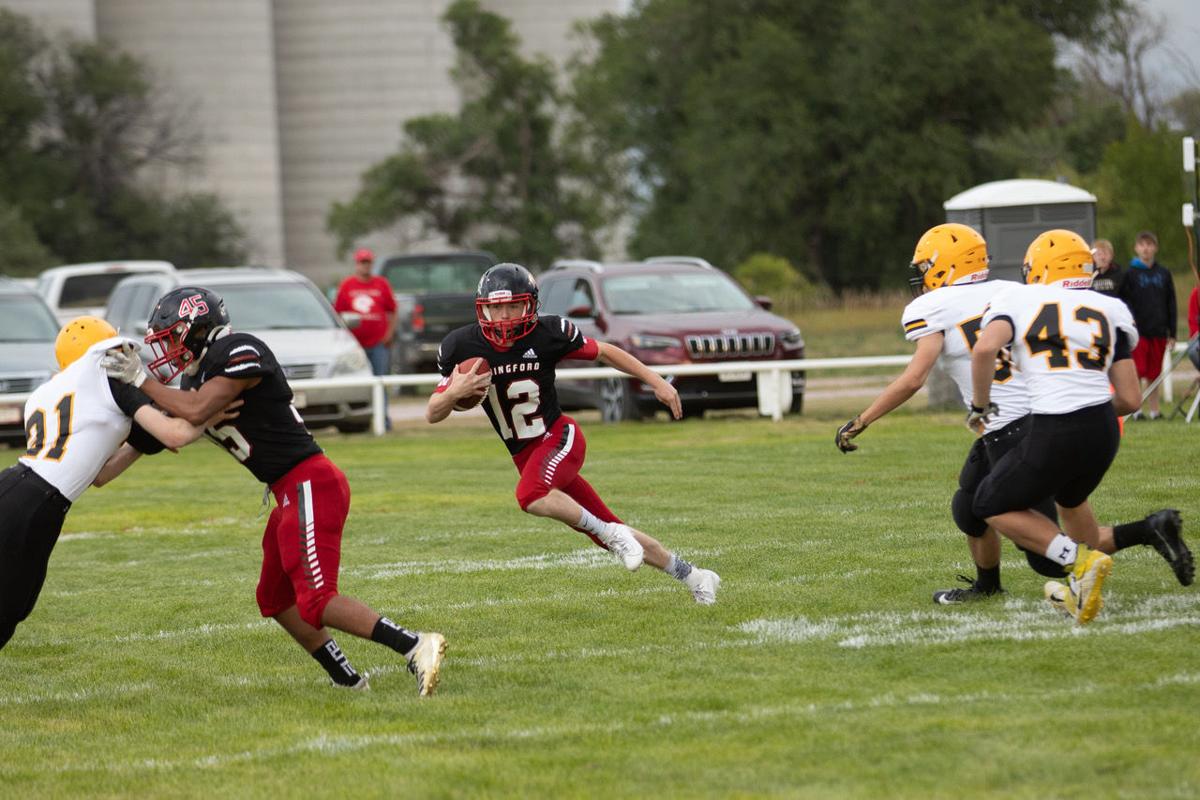 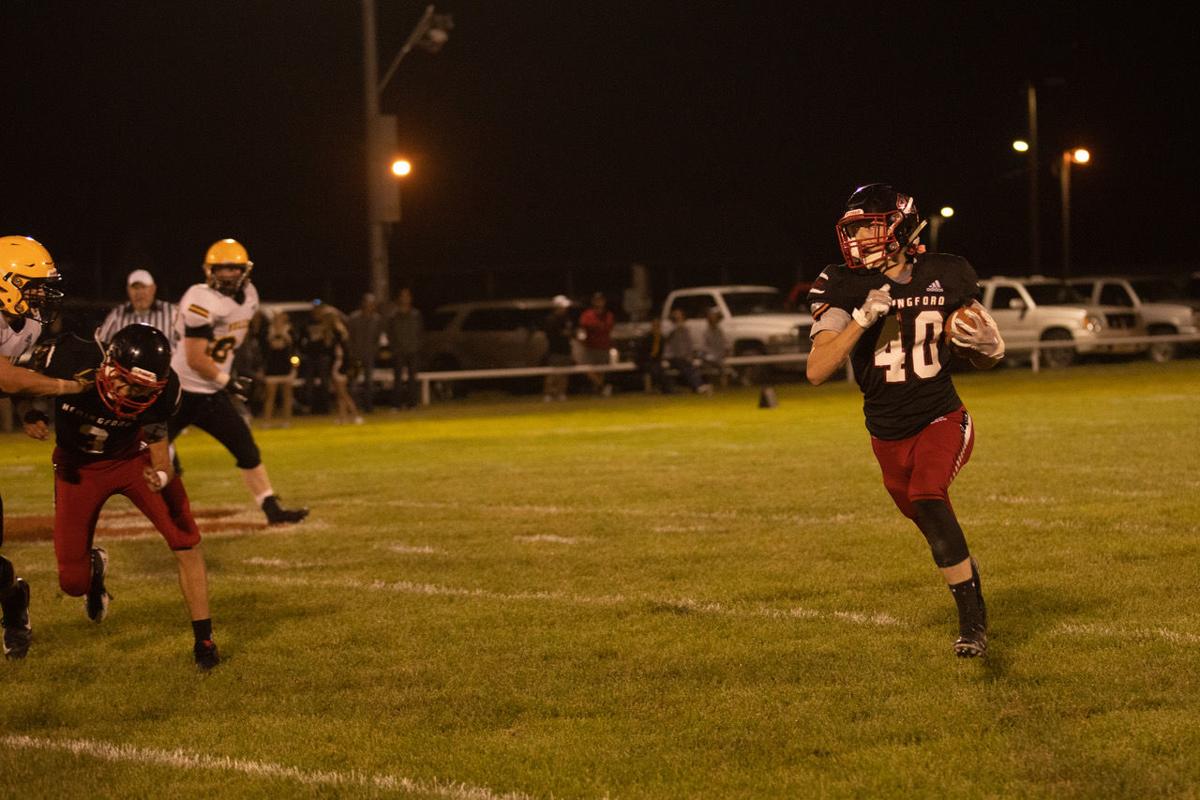 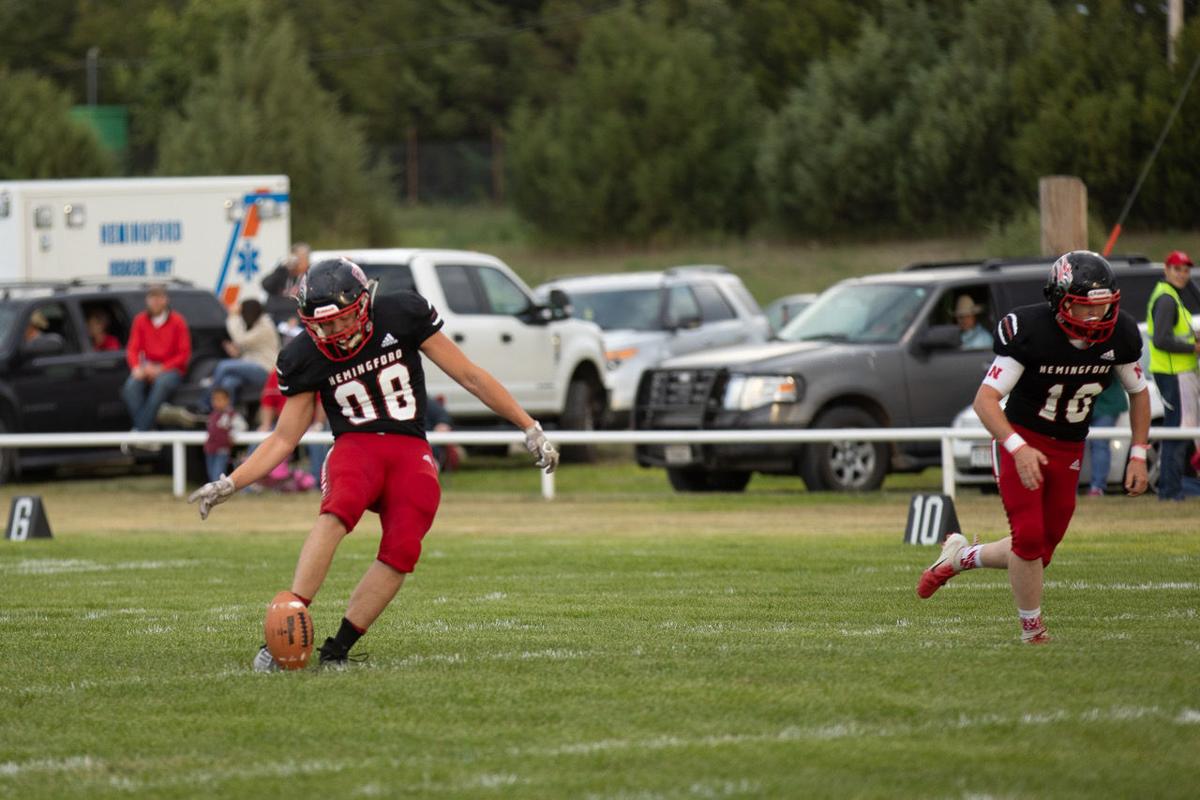 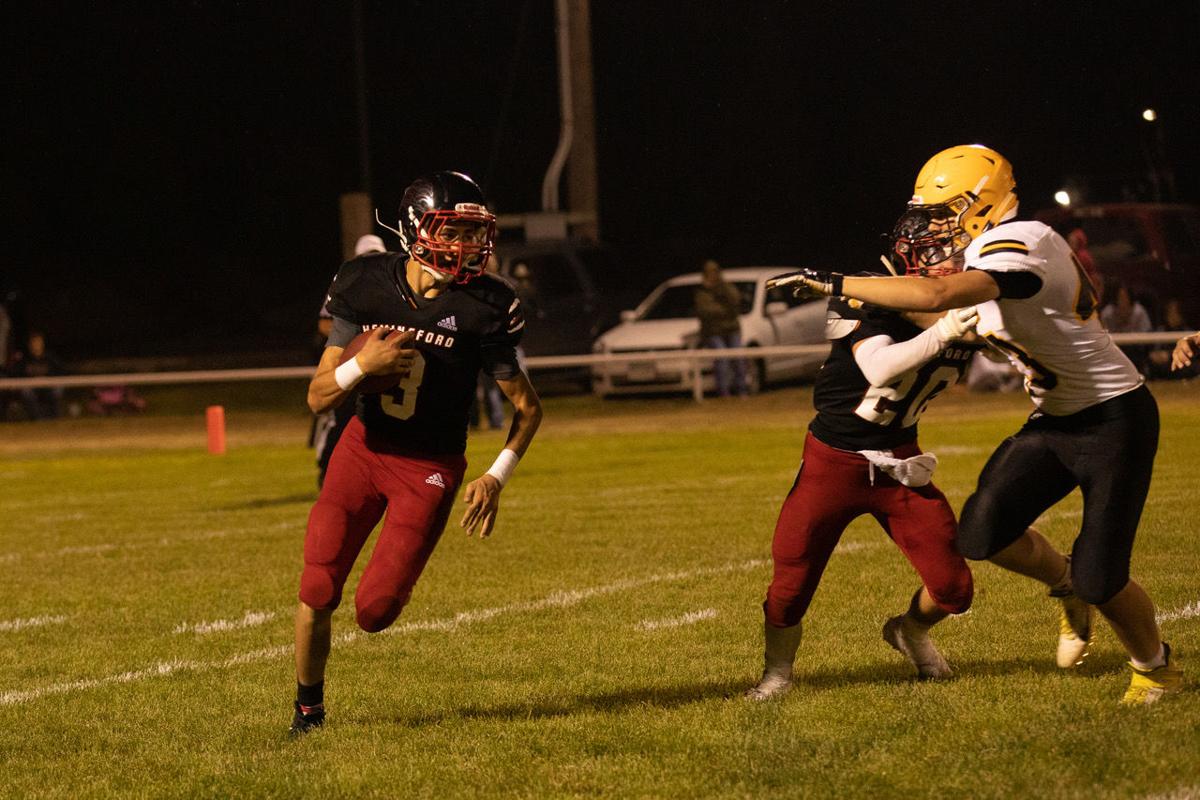 Bobcat junior Brian Turek charges through the Mullen Broncos defensive line during Friday’s home-opener. Turek rushed for over 280 yards with 34 carries and 17 tackles.

The Hemingford Bobcat Football Team pulled was matched up with Mullen for the Bobcat’s home-opener on Friday, August 30th.

The Bobcats had not beaten Mullen since 2008.

“Mullen has a strong tradition and was the D2 Runner up last season,” said Bobcats Head Coach Jordan Haas.

The Bobcats won the game over the Mullen Broncos with a score of 36 to 31.

“Anytime you can get a win over a program like that the excitement is high,” Haas said.

“It’s always interesting to see how you will respond going into the first game of the season,” Haas said. “Anyone can look good in practice when they are getting the same looks every day from the same group. Seeing how our kids responded when Mullen started to make plays is when we really started to understand the team that we had. We went into halftime down and the kids were very receptive to the halftime adjustments we made. We tweaked a couple things and they were able to execute the adjustments in the second half.”

“I think the key to the game was how we played up front. Mullen had a very good line on both sides of the ball and we were able to wear them down with our depth and play. We were able to make some adjustments and the kids responded well.”

“Brian Turek had 281 rushing yards and 17 tackles but he would be the first to tell you that because of the lines doing their job, he was freed up to make plays that result in the stats and the score,” said Haas.

Although, he added, “the real dirty work of this game was accomplished up front.”

As for what is next for the Bobcats.

“We don’t want to be a one trick pony,” Haas said. “We know that we can play better and we have bigger goals than just beating Mullen. I think our team would be pretty disappointed if we were 1-7 with our only win came against Mullen. We know that we have another really tough opponent this week in South Loup. We will continue to improve in practice and hopefully put another great game together Friday.”

Hemingford boys bounce back with a pair of wins