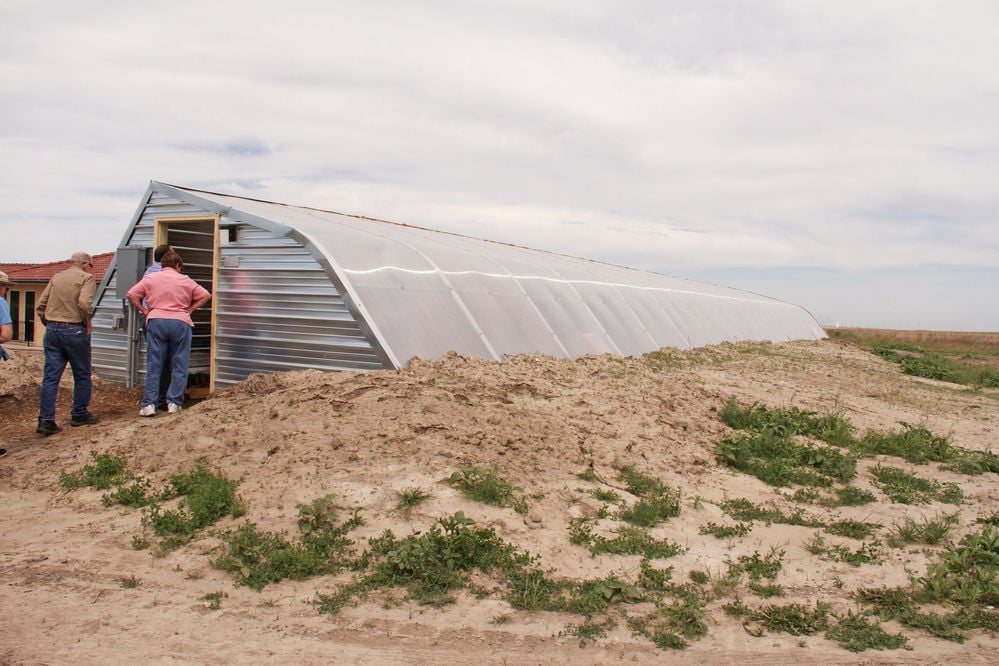 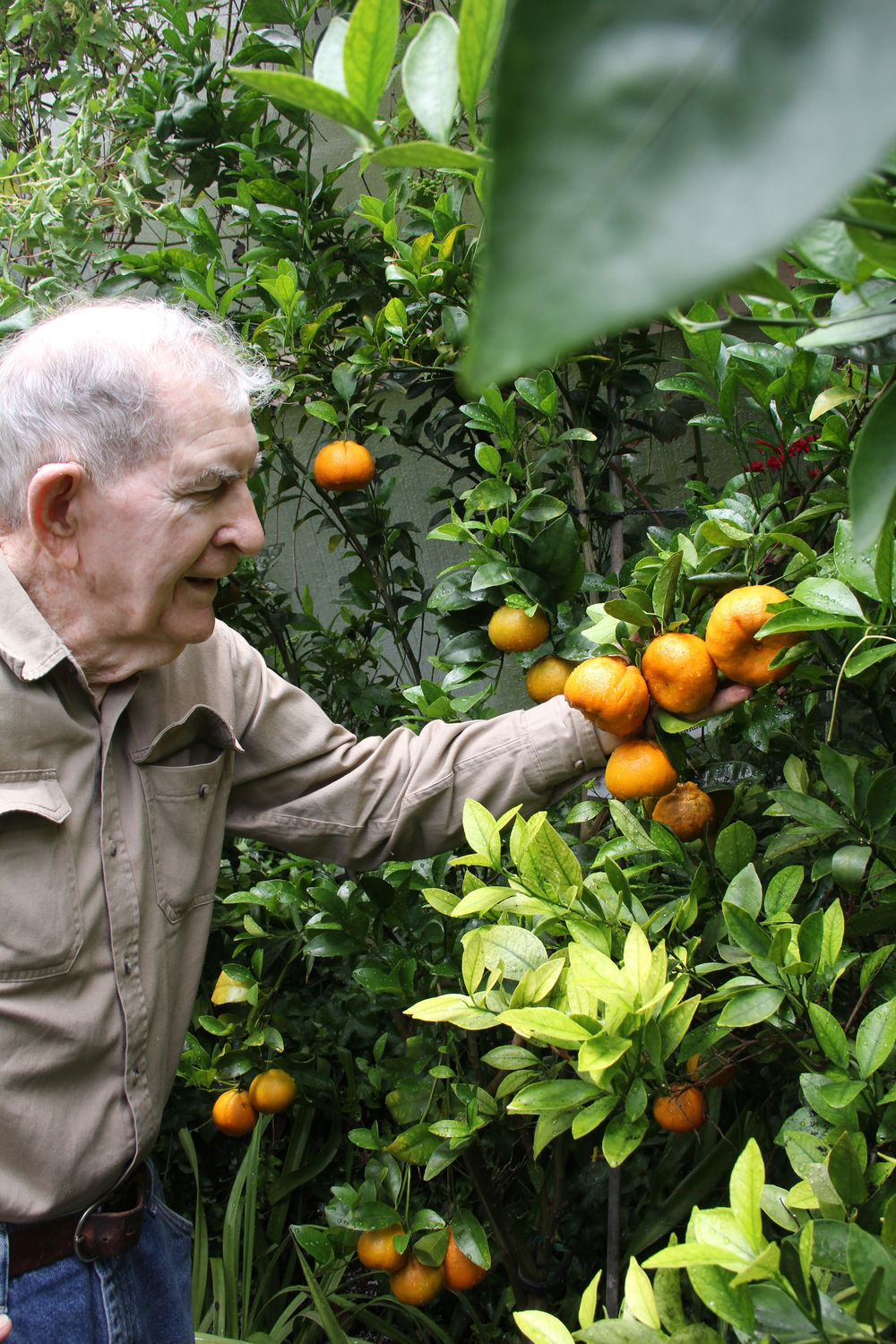 Russ Finch shows off his tango mandarins, a hybrid that contains no seeds. 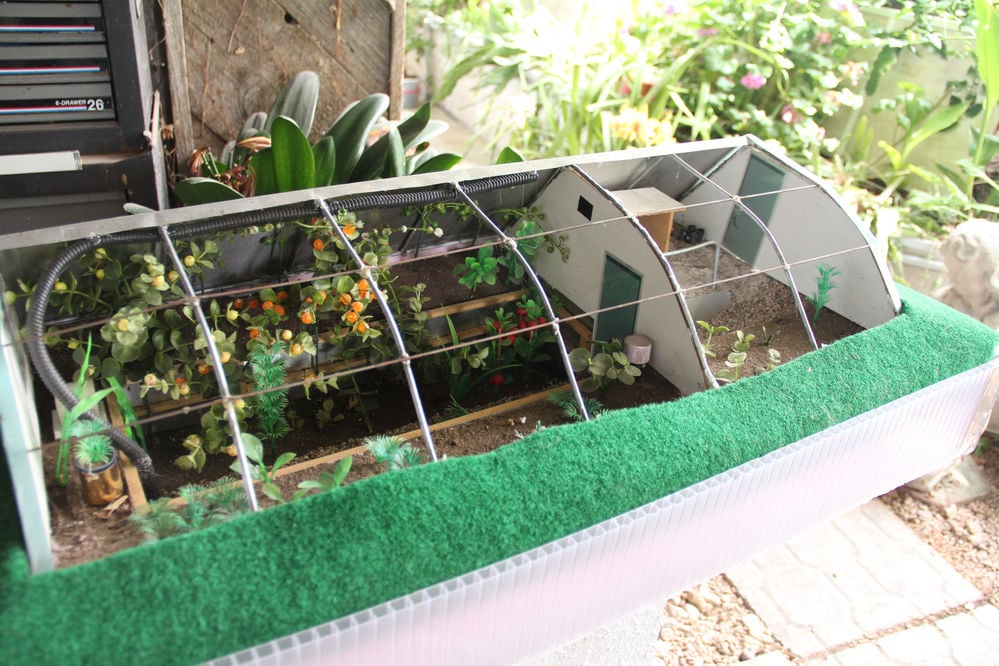 Here is a prototype of Russ Finch's newer greenhouses. 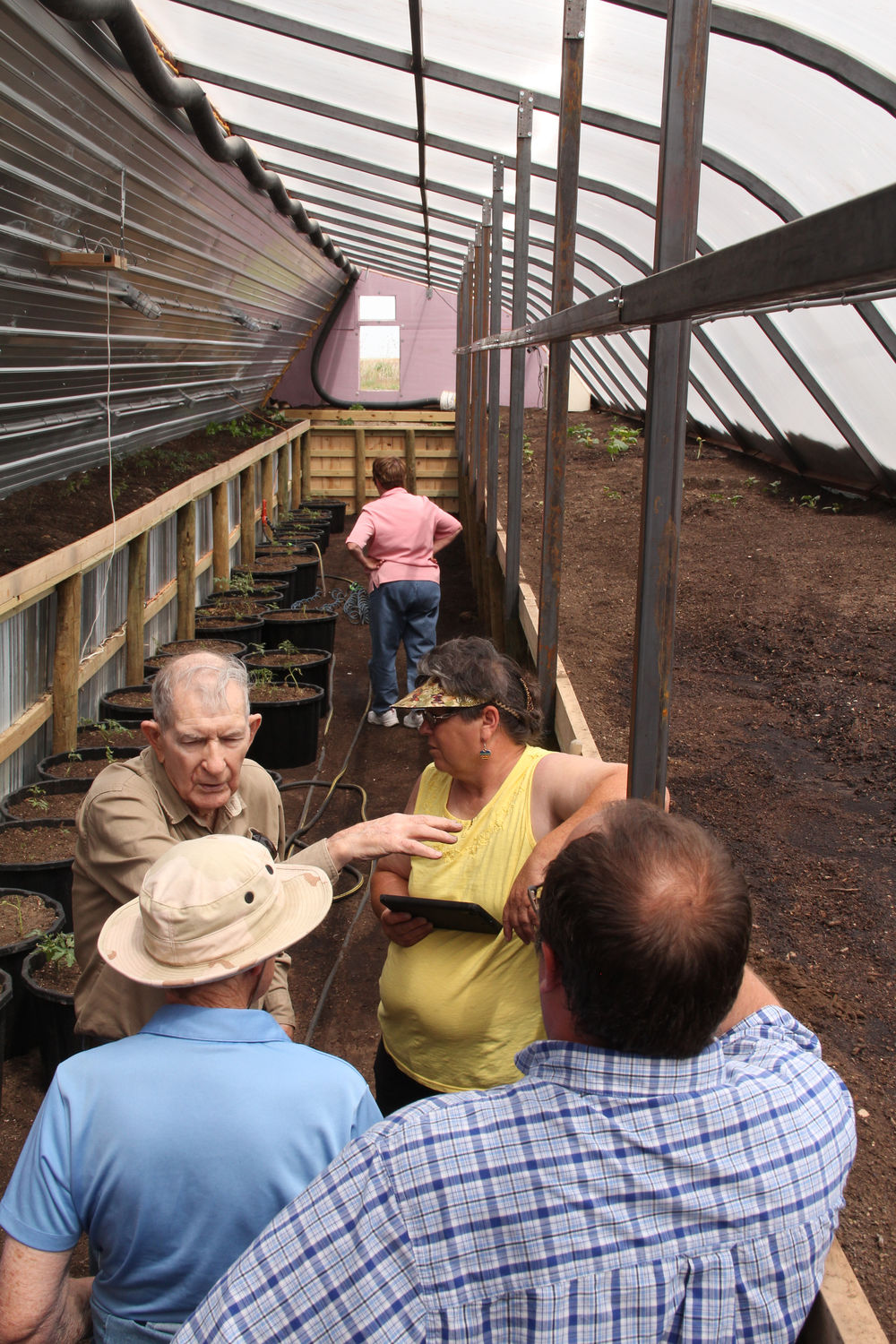 Member of the Nebraska Master Gardener Program get the opportunity to explore one of Russ Finch's newer greenhouses outside of Alliance, Nebraska. 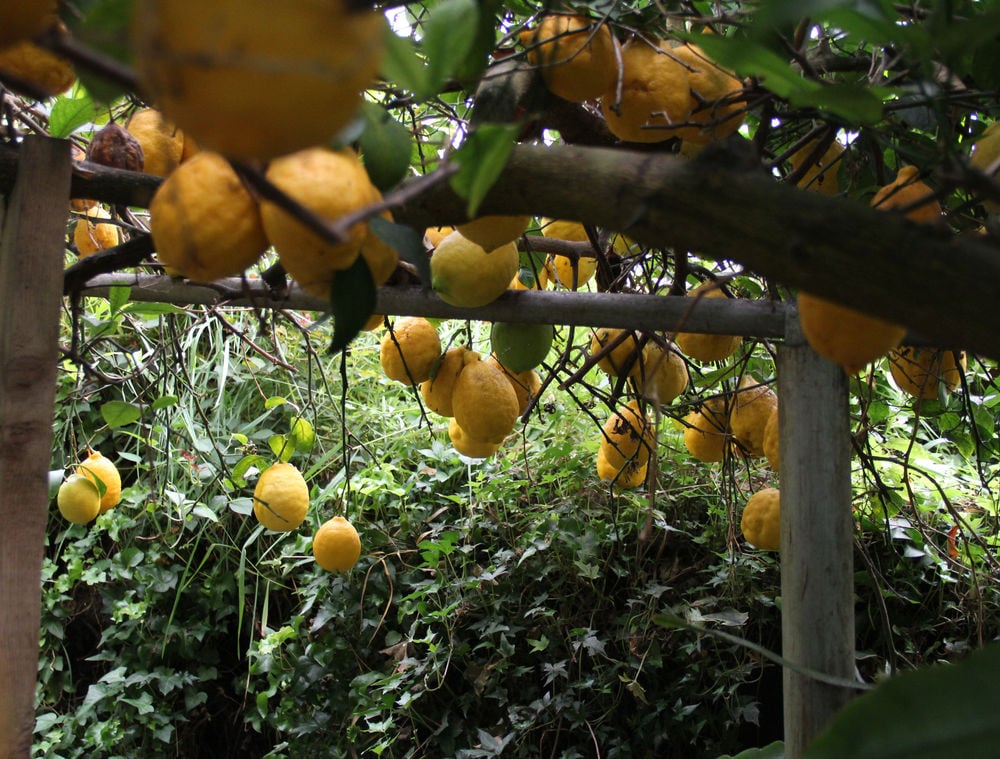 Russ Finch shows off his tango mandarins, a hybrid that contains no seeds.

Here is a prototype of Russ Finch's newer greenhouses.

Member of the Nebraska Master Gardener Program get the opportunity to explore one of Russ Finch's newer greenhouses outside of Alliance, Nebraska.

ALLIANCE — Members of the Nebraska Master Gardener Program anxiously wait as Alliance’s Russ Finch cuts an orange. While the excitement for a simple orange seems strange, this orange is different. It is a 3-year-old orange that Finch grew in his own backyard.

Finch was simply a mail carrier and farmer in Alliance, until 45 years ago when he started experimenting with heating houses with geothermal heat. Fifteen years later, he began using the geothermal heat to improve greenhouses.

Geothermal heat produces heat from the ground. A singular heat source dispenses heat into a tubing system that runs under the ground of the greenhouse. The heat is constantly circulating and reused to create the perfect environment for the greenhouse. This means that in Finch’s greenhouses, he can grow any tropical or subtropical plant that he wants.

At 78-feet long, Finch’s greenhouse is 24 years old and the first one he created.

Around three years ago, Finch began to sell the frames, systems and equipment for his geothermal greenhouses with his business, Greenhouse in the Snow.

Compared to his personal greenhouse, the new greenhouses are much more efficient.

The new greenhouses are at least 96 feet long. They also include shelves on one wall to grow ground vegetables and fruit. The other side of the greenhouse is often designated for trees.

“We just put everything in it to see if it’ll grow, and almost everything did,” says Finch.

Finch’s geothermal greenhouses appear to be much more efficient than the standard greenhouse.

In his greenhouses, Finch can also produce more product than planting outside.

A greenhouse can produce 14 tomatoes to every one tomato that average farming produces, while with other crops it is often 50-1, Finch said. Weather is a big factor in this because greenhouses have a controlled environment.

The profit produced by the geothermal greenhouses is a great benefit as well.

According to Finch, most young people do not want to get into agriculture because they believe it is too expensive. Little do they know, a single 3-year-old tractor with four-wheel drive is the same cost as putting up nine of Finch’s greenhouses. So for those looking to get into agriculture, Finch highly suggests going geothermal.

Greenhouses are efficient cost wise, but the newer greenhouses also include a key to helping with the extinction of bees.

Finch showcased an Australian beehive called Flow Hive. The hive would replace common beehives and take away the need for smokers, a device used to calm bees. Within Flow Hive, the hexagonal cells are already formed, so the bees do not need to create them with wax.

When the honey needs to be taken from the beehive, a key is used to break the cells and drain the honey. Finch claims that the new beehives would help kill less bees and hopefully, help the bee from coming extinct.

Finch has sold about 38 greenhouses and almost all of them have been used for commercial purposes. Nine states — including Alaska, South Dakota, Wyoming and Kansas — now have Finch’s greenhouses, along with two greenhouses in Canada.

With the success of Greenhouse in the Snow, Finch is very hopeful for the possibilities. He is trying to spread his geothermal heat across the globe to countries like Australia, Belgium, Croatia, Denmark, Greece and South Africa.

According to Finch, all of the Midwest’s table citrus could be grown locally in greenhouses.

For more information on purchasing a geothermal greenhouse, contact Finch at greenhouseinthesnow.com.