Sidney Police Chief has more than 40 years of experience in law enforcement. He has been with the Sidney Police Department since 1982 after serving as a military policeman in the Army. 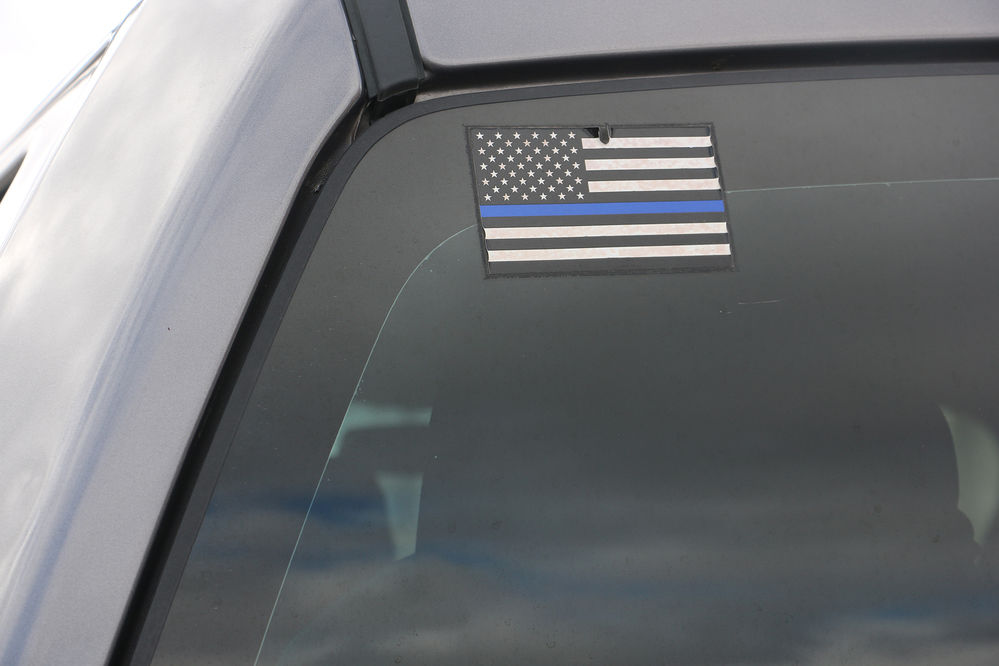 Cheyenne County Sheriff Adam Frerichs says one of the main roles for his office is to be the law enforcement spokesman for the citizens. Sheriff is the only elected position in law enforcement.

Sidney Police Chief has more than 40 years of experience in law enforcement. He has been with the Sidney Police Department since 1982 after serving as a military policeman in the Army.

Cheyenne County Sheriff Adam Frerichs says one of the main roles for his office is to be the law enforcement spokesman for the citizens. Sheriff is the only elected position in law enforcement.

SIDNEY — Law enforcement officers spend considerable time on their own as the patrol the streets and highways, but having backup from your own staff and from neighboring agencies is critical when situations arise.

“They back us up on calls, we back them up on calls,” Aikens said. “Their primary responsibility is Cheyenne County where ours is just the city limits, but if they need help out in the county, I don’t have a problem whatsoever sending officers out to help them just because backup is limited out here. We bounce ideas off each other on a regular basis. If he (Sheriff Adam Frerichs) has a personnel issue he doesn’t think he’s got a grasp on or if I don’t think I have a grasp, we’re able to sit down and talk about it and come up with ideas together on different things. It’s a pretty good working relationship.”

“One thing that we pride ourselves on — as I talk to different law enforcement agencies across the state of Nebraska and across the United States — there’s so many law enforcement agencies that don’t get along with the other agencies that are in their area,” Frerichs said. “I think that’s one of the areas where we’ve been blessed. We operate very well with the Sidney Police Department, with the Nebraska State Patrol, and we have to. Being a small agency like ours and a small police department like theirs, there’s times when they have one officer working, we have one deputy working. If there’s a call that comes in that requires backup, we’re going to be backing each other up, so it’s in our best interests that we get along and share information.”

Even that sharing of information hasn’t always been the norm.

“That was one thing that was taboo when I first started,” Frerichs said. “You didn’t dare share information with anybody outside the office because information is power, but we’ve developed a really good relationship over the years, and I’m proud of that, and I want to keep that. We’re all on the same team. We’re all fighting for the same end result. It does no good if there’s infighting and bickering among us.”

Both Aikens and Frerichs said the community support of the people in Sidney and Cheyenne County as a whole is refreshing in today’s society where law enforcement isn’t always viewed in the highest regard.

“One thing that stands out the most about (the people here), as you read and see about all the political angst against law enforcement across the United States, we have a huge support base here in Cheyenne County,” Frerichs said. “They are very pro-law enforcement. They support the Sheriff’s Office, the police department, the State Patrol. They’re very active in supporting us and what we do.”

Aikens offers 40 years of experience in law enforcement and Frerichs near 20 years. Their officers and deputies are also experienced, meaning that the citizens of the county are well covered.

“I think it bodes well for the community that they’ve got people that aren’t coming here to get a little bit of education and move on,” Aikens said. “When they start their careers, most of my staff is six or seven years plus. They’re not here for a couple years and gone. When they come here, they go to work here, it’s their home. They treat it as such.”