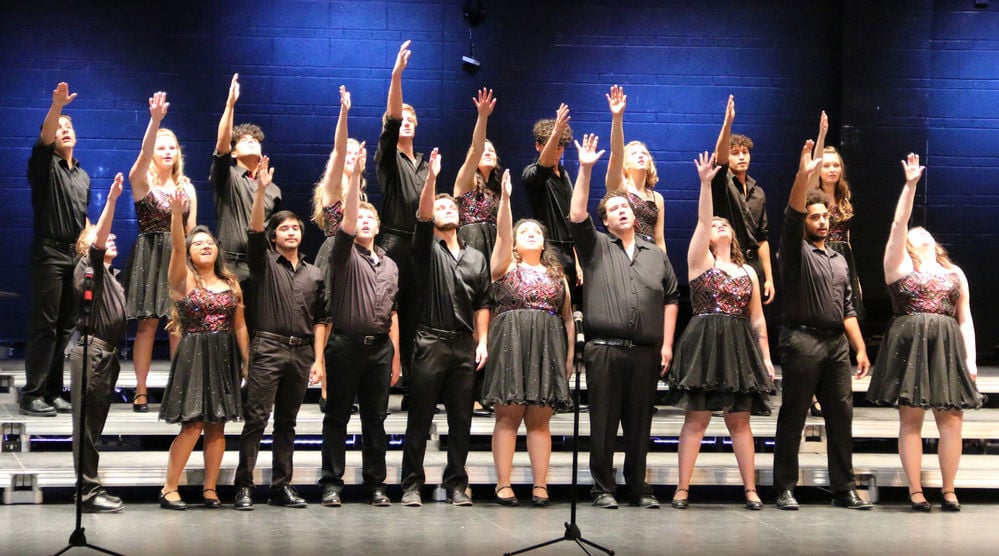 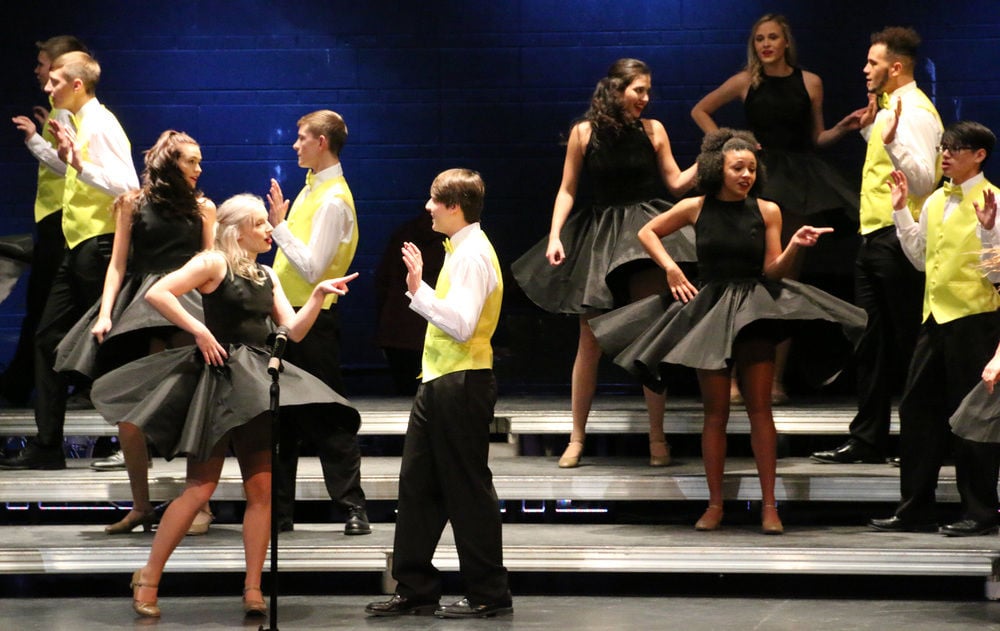 Harmony, the Gering High School show choir, tried out some swing steps at the annual Old West Choir Fest at Scottsbluff High School on Saturday. Gering received a silver medal in Division 4-A for their performance. 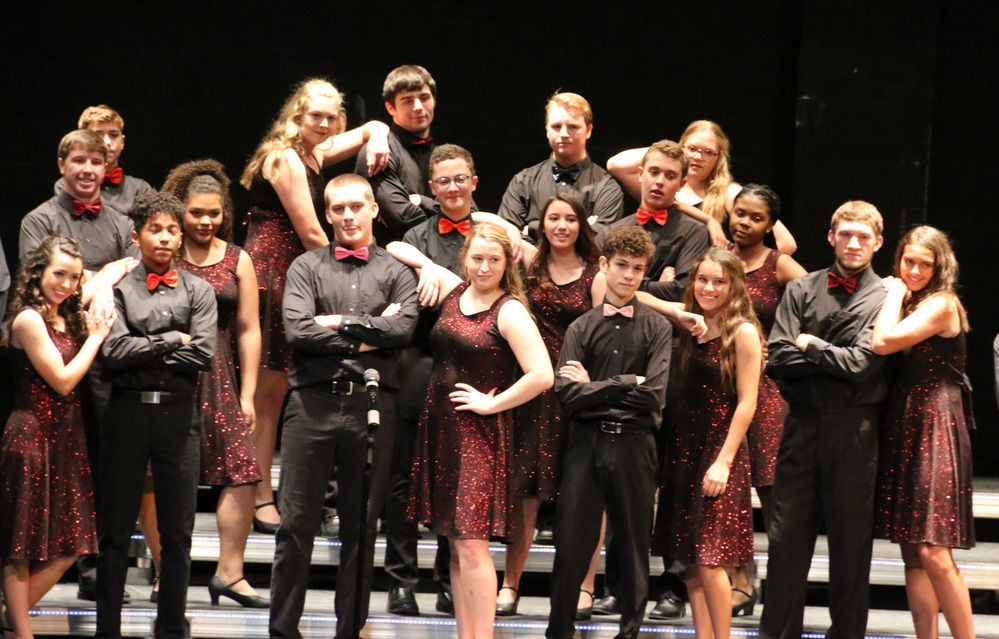 The Cardinal Singers from Chadron High School were in Scottsbluff on Saturday to perform in the 37th annual Old West Choir Fest. Chadron received a silver medal in Division 3-A.

Harmony, the Gering High School show choir, tried out some swing steps at the annual Old West Choir Fest at Scottsbluff High School on Saturday. Gering received a silver medal in Division 4-A for their performance.

The Cardinal Singers from Chadron High School were in Scottsbluff on Saturday to perform in the 37th annual Old West Choir Fest. Chadron received a silver medal in Division 3-A.

Show choirs from around the area were at Scottsbluff High School Saturday, Nov. 2 for the 37th annual Old West Choir Fest.

Singers and directors alike see the Choir Fest as a time to learn what types of music are being performed, to share ideas and experiences as a choir, and to just “hang out” with colleagues — and maybe to come away with some awards.

About 20 choirs, from elementary through high school, showcased the songs they’ve been working on since the beginning of the school year.

Based on school size and grade level, the choirs were divided into five divisions. Judges scored their performances during the day. High scorers were invited back that evening for the Best of the Fest competition where prizes were awarded.

In Division 2-A, the gold medal went to the Kimball High School choir New Dimension. Silver medals were awarded to the 21st Century Singers from Bayard High School and the Bridgeport High School Choir Audacity.

Silver medals were awarded to the Cardinal Singers from Chadron High School and the Mitchell High School show choir First Edition in Division 3-A.

Silver medals were awarded in Division 4-A to Alliance’s women’s group Velocity and Luminous, the women’s group from Aurora West Preparatory Academy.

The Best Soloist for the Choir Fest was Eden Johnson and Diego Sosa from Vista Ridge Rhythm. The group also won the award for Outstanding Choreography.

The school awarded for Best Outfits was the Aspyre women’s group from Vista PEAK Preparatory.

The competition staff selects the Class Act Award. It’s presented to the ensemble that best represents class and sportsmanship both on and off the stage. The 2019 award was presented to the Division 4-A women’s group Luminous from Aurora West Preparatory Academy.

In the preliminary round, choirs were judged on a 150-point scale to determine which groups would be back for the evening’s Best of the Fest.

Four choirs were chosen from the top in their division. The next two highest scorers in each division also advanced. Finally, judges cast one vote each for their favorite “wild card” entry.

Local youth take a stand for a cause