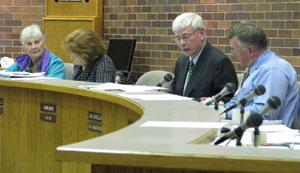 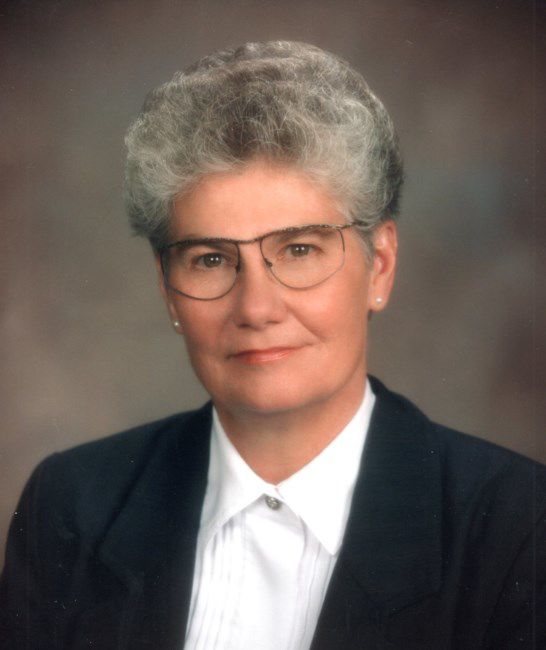 Joyce Hillman-Kortum served as a Nebraska state senator for 8 years.

Longtime community leader Joyce Hillman-Kortum will be remembered as an advocate for the community and children.

Hillman-Kortum died on Wednesday, Nov. 20 at the age of 83. A celebration of her life has been scheduled for Dec. 14 at 2 p.m. at Calvary Lutheran Church in Scottsbluff.

For almost 50 years, Hillman-Kortum was a strong voice for child advocacy, tourism, good government and a lot more. Just some of her posts included director of both the United Way of Western Nebraska and the Scottsbluff/Gering United Chamber of Commerce. She served two terms on the Gering City Council, two terms as a state senator and was active in the state’s tourism effort.

Children were a special concern for the former senator. In a letter to the editor published the Star-Herald in August, she wrote about the problem of immigrant children being detained at the nation’s southern border. Calling for a change in current policy, she wrote in part, “Let us join together to make sure that the policy of detaining children provides that every child will be cared for as we would care for our own.”

Hillman-Kortum was the first executive director of the CAPstone Child Advocacy Center, where she served without pay. She stayed in that position until the center was able to secure enough support to hire a full-time director.

Former Nebraska State Patrol investigator Monica Shambaugh, current CAPstone director and one of the founding board members of the organization remembered Hillman-Kortum's contribution to the agency that helps abused and neglected children.

“Joyce was instrumental in helping us get the center started,” she said. “Joyce would always fight on behalf of the underdog. She wanted to help the children who were victims of child abuse and neglect. Our center wouldn’t exist today without her help.”

Former state senator Bob Wickersham first met Hillman-Kortum when they were working on a project to raise funds for the visitor center at Agate Fossil Beds.

“Joyce was great to work with,” he said. “I appreciated her work as a state senator when she was on the Appropriations Committee. It was good to have someone from the Panhandle on that committee. She had a very successful career as a state legislator. She was indomitable. If she set her mind to something, it got done.”

“We were talking recently and she told me about someone who had first encouraged her to run for the state Legislature. I told her she should because she certainly had the wardrobe for it.”

Gering City Council member Susan Wiedeman considered Hillman-Kortum as one of her mentors as she navigated the world of local politics. When Wiedeman served as mayor of Gering, Hillman-Kortum was on the city council.

“Every time I had a question or just didn’t know who to talk with, Joyce was a person I could trust and confide in,” Wiedeman said. “She would always give me very good advice and was just a huge support for me.”

Wiedeman said that Hillman-Kortum was a woman politician at a time when women politicians weren’t that popular in the state of Nebraska.

“When you think of women who crashed through the glass ceiling, you think of Congresswoman Virginia Smith and Joyce Hillman-Kortum. Joyce was able to stand her ground in politics and handle it with grace.”

Hillman-Kortum was active in all areas of the community. In 1999 she was recognized with the Trail Blazer Award from the Chamber of Commerce. In 2016, she was honored with the Friend of the College award from Western Nebraska Community College.

Karen Anderson, the Chamber’s current director, said that when she interviewed for the position 22 years ago, her first call was to Hillman-Kortum, who was serving the 48th District in the Nebraska Legislature.

“That phone call started a great friendship and she became a wonderful mentor,” Anderson said. “Her passion for western Nebraska had been demonstrated by her continuous leadership with several organizations and causes that have made a difference in our valley.”