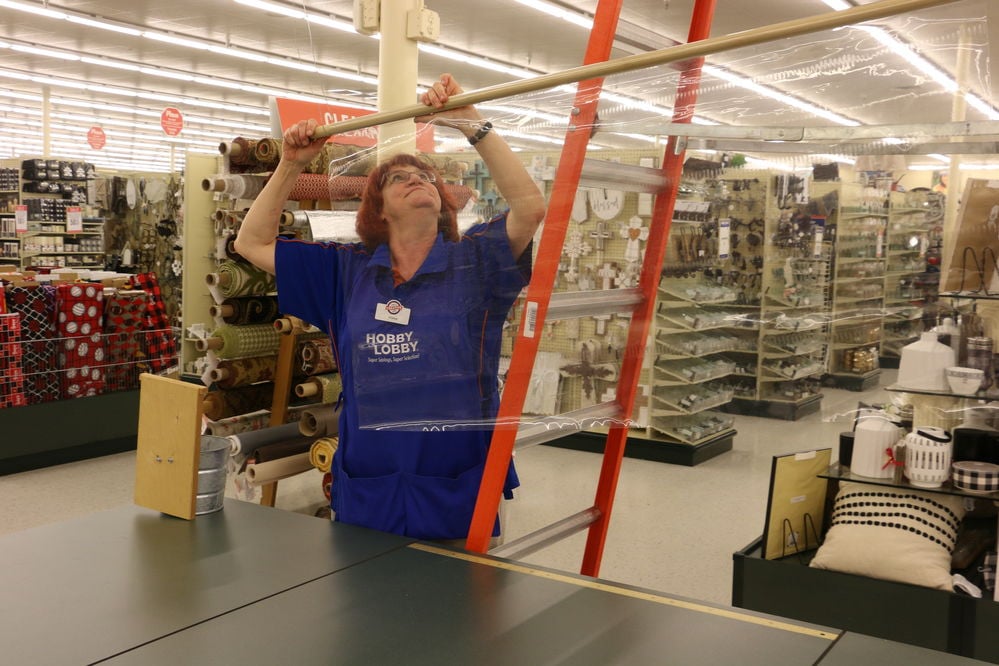 Debbie Nickal holds a plastic guard being installed for an extra layer of protection for customers and staff at the fabric counter at Hobby Lobby in Scottsbluff. Elastic, fabric and supplies used to make surgical-type masks have been big sellers for the store recently. On Friday, the company announced all of its employees would be furloughed. 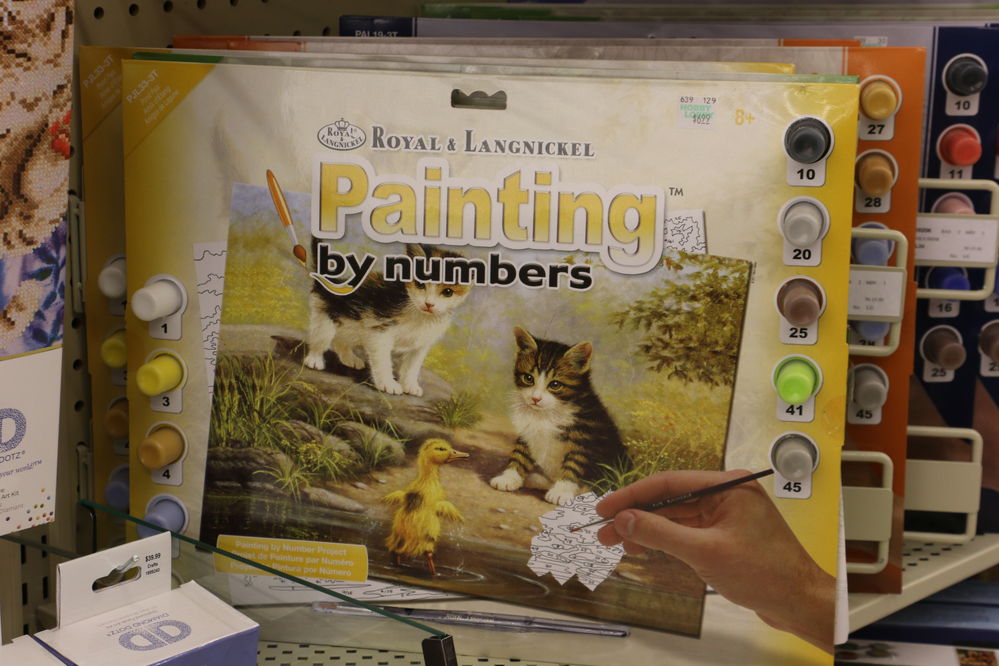 Paint-by-number kits are among the more popular items at Hobby Lobby in Scottsbluff as people who might be at home under self-quarantine look for things to do. 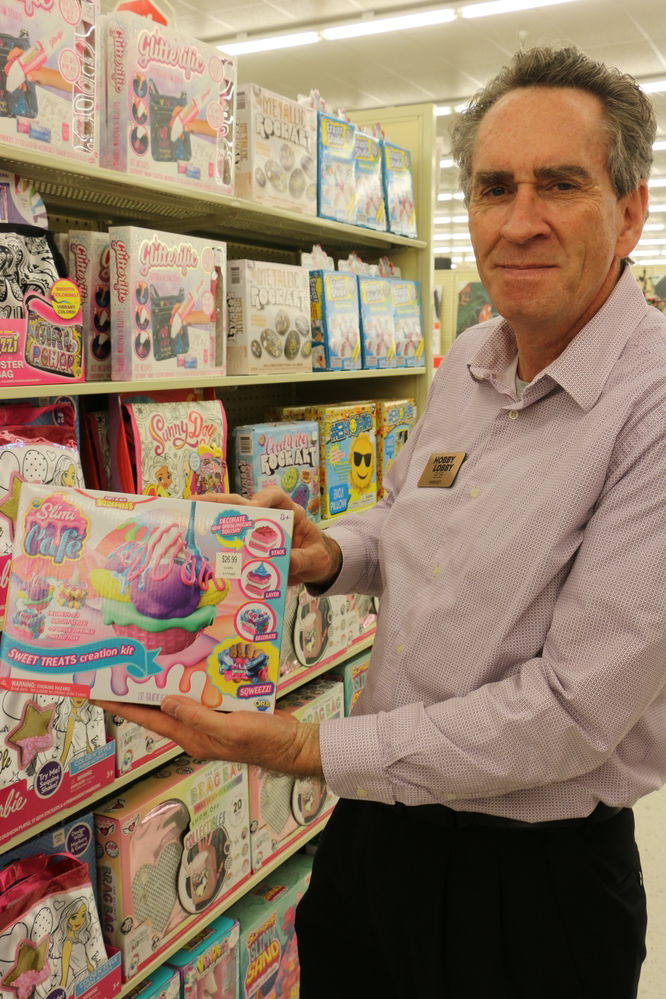 Hobby Lobby store manager Bob Comings holds a Slimi Cafe creation kit in the store’s craft department. Kits such as this have been popular as children and adults look for things they can do at home.

Debbie Nickal holds a plastic guard being installed for an extra layer of protection for customers and staff at the fabric counter at Hobby Lobby in Scottsbluff. Elastic, fabric and supplies used to make surgical-type masks have been big sellers for the store recently. On Friday, the company announced all of its employees would be furloughed.

Paint-by-number kits are among the more popular items at Hobby Lobby in Scottsbluff as people who might be at home under self-quarantine look for things to do.

While sales of home decor items have slowed, the manager of Hobby Lobby in Scottsbluff says people are grabbing craft, art and hobby supplies in an effort to stay busy as they self quarantine.

Bob Comings said jewel art supplies, canvases and craft kits are among the store’s more popular items, both for kids and for adults. Elastic, fabric and supplies used to make surgical-type masks are other hot items.

Hobby Lobby has gone to hanging plastic in front of cash registers, at the framing/art supply counter and at the fabric counter in an effort to add another layer of defense for both employees and customers from potential contaminants.

“Customers have been making comments that have been positive,” Comings said of the guards. “I’ve had some other businesses come in and copied it because they’re going to put it in theirs.”

Coming back to work Monday after a weekend off, Comings said he was thankful that he has a yard to take care of and projects to do.

“Otherwise, on the weekend I’d be going nuts,” he said, “and a lot of people I think are in the same boat. I talked to some employees and it’s amazing some of the stuff they’ve gotten done around home, and we’re not even quarantined yet.”

If he were quarantined or self-isolating, Comings has a few projects he would like to try.

“I think that jewel art looks like fun,” he said. “In fact, my daughter got one that she hasn’t started, and I told her if she doesn’t get busy I’ll start on it because it looks like kind of fun. A lot of paint-by-numbers, too. ... That would be kind of fun. Paint-by-numbers, I remember doing those as a kid, but maybe I would appreciate them now.”

The entire coronavirus pandemic has taken many people by surprise, and for Comings, it’s definitely a new experience.

“Thirty-seven years in retail, and this is the strangest times I’ve ever seen,” he said. “And I’ve been through closings of stores and stuff like that. This is just really weird.”

Providing a service and an outlet for people who are seeking supplies has kept the doors open at Hobby Lobby stores.

“We’re going to be here as long as the government says we can be,” Comings said. “Once they say close, we close. We’re trying to maintain social distancing. It seems like we don’t get a lot of big groups of people. Typically, it’s onesies and twosies, and they’re doing a pretty good job of keeping away from each other.”

Maintaining a clean environment has moved to the forefront, and hand sanitizer is available at the front door and at every register.

“We’re cleaning the store all the time,” Comings said. “My bathrooms have never looked this good because they’re getting cleaned four or five times a day. The checkouts, our countertops have a nano technology to where they shed off 99.9% of the viruses and bacteria already, so we’re really not focusing on them, but shopping carts and stuff like that, we’re really cleaning them. My hands usually are red. ... Basically every time I deal with anybody, I try to sanitize and try not to (motions to touching his face).”

Sorensen leaves Our Lady of Guadalupe to pursue further studies