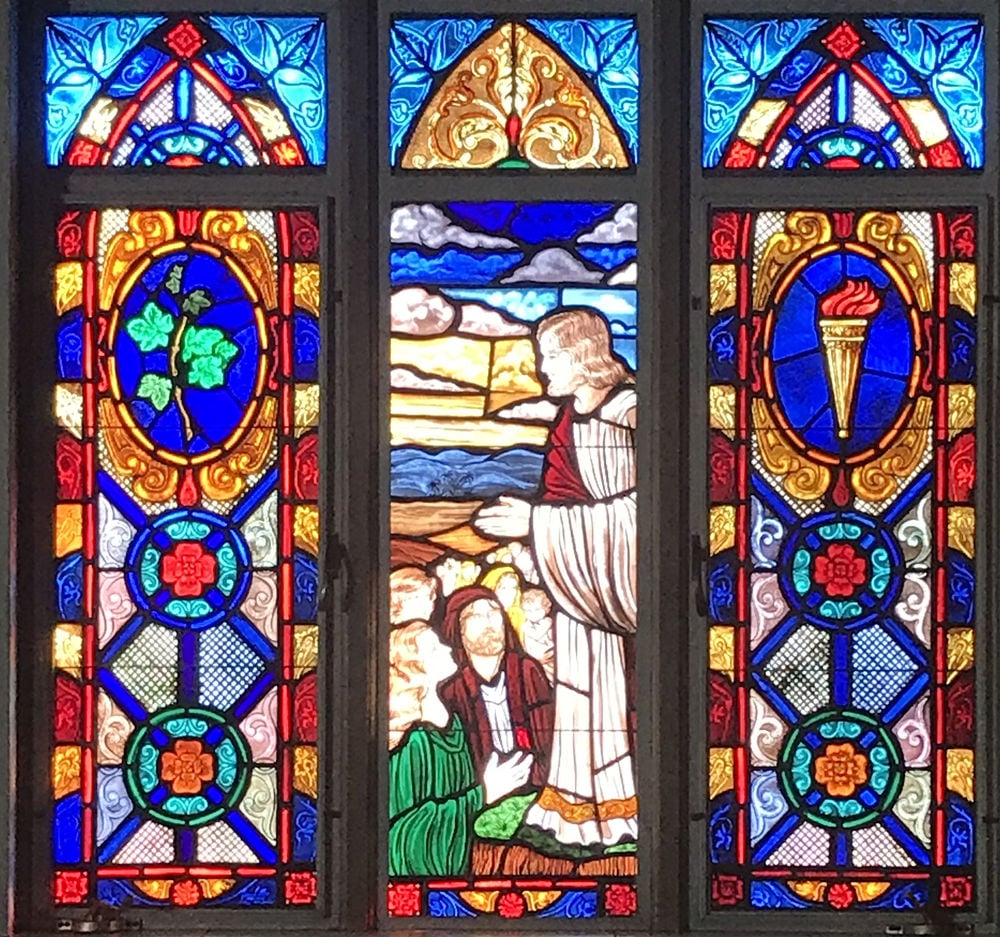 The stained glass window in the Gering United Methodist Church. 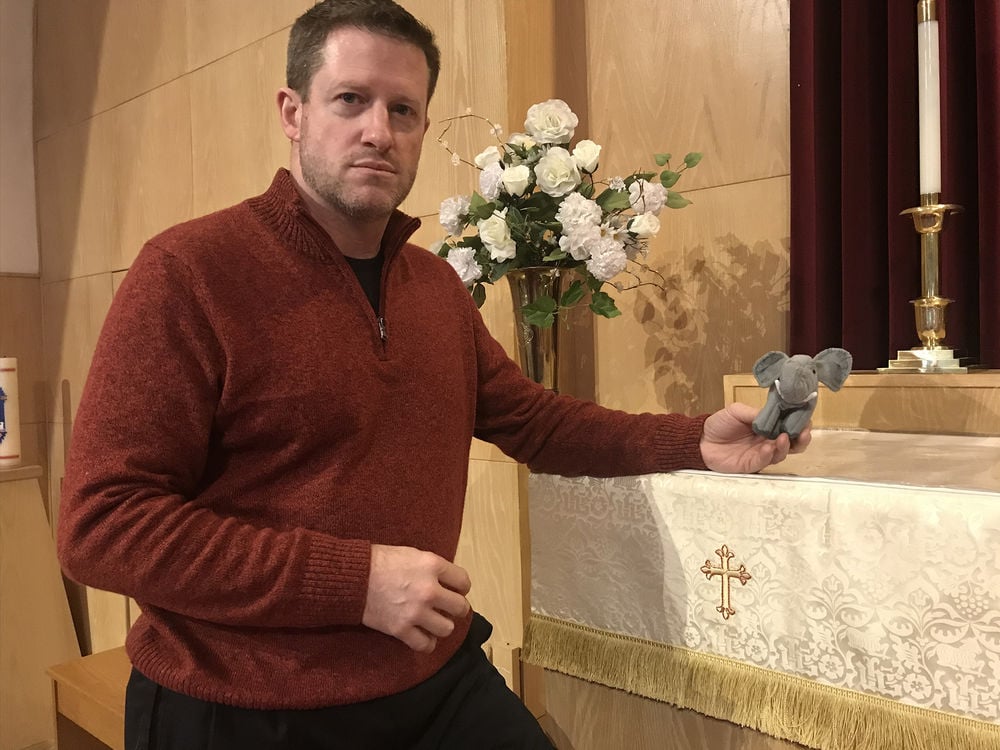 When Gering United Methodist Church Pastor Seth Leypoldt first heard of a potential split in the church, he used a hand puppet that he normally uses for children’s worship to tell others that there is an elephant in the room that will have to be addressed. 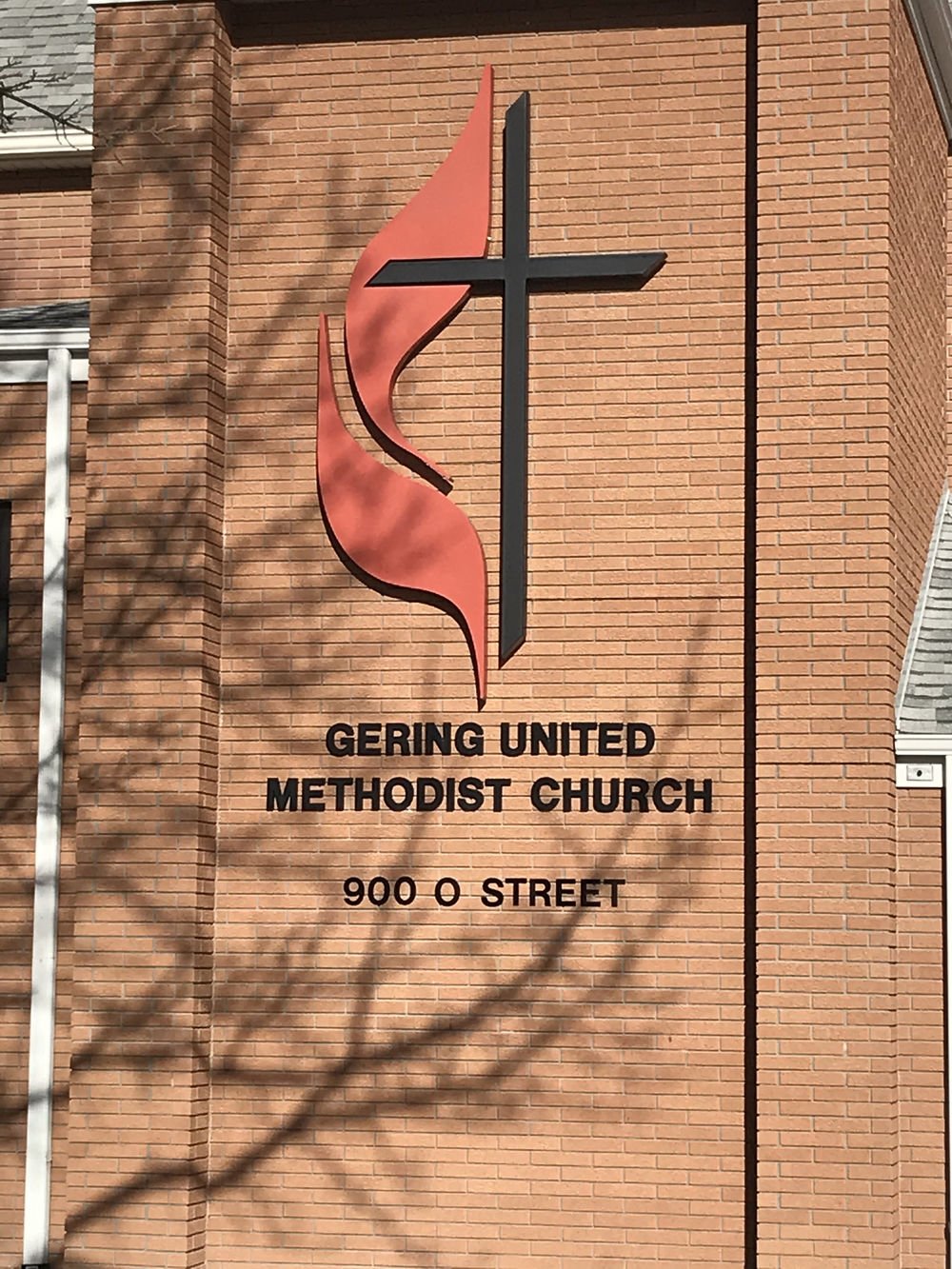 Mark McCarthy/Star-Herald The Gering United Methodist Church is one of many local churches waiting for a May 15 vote that will determine whether a more traditionalist sector of the congregation will break away to form a new church.

The stained glass window in the Gering United Methodist Church.

When Gering United Methodist Church Pastor Seth Leypoldt first heard of a potential split in the church, he used a hand puppet that he normally uses for children’s worship to tell others that there is an elephant in the room that will have to be addressed.

The proverbial elephant in the room for the United Methodist Church is a proposed split that would see more traditionalist members of the congregations break away from the governing body to form a new denomination.

“It’s kind of difficult to talk about it without using those words, but this is really about real people with real lives. You don’t want to see harm brought to anyone. I think that actually was what maybe turned the tide a little bit after the special session we had in 2019 was especially centrists, but even some of the traditionalists really saw, ‘Wow, this is really painful,’ both in terms of how people in the LGBTQ community felt afterwards and then some of the pushback the traditionalists felt from people expressing their anger. I think then both sides saw a way that maybe it’s time that we tried something really different. They just didn’t know what it was. Then this group got together and with a lot of discussion, prayer, and I’m sure some heartache, decided maybe a separation is the right way to go to help everybody move forward.”

Gering UMC Pastor Seth Leypoldt attended a 2018 conference in Wichita along with Don Gentry, the lay representative for the Gering church, where a 50-minute video by Tom Berlin outlined what could happen in the church.

“We’re watching this 50-minute film, and it’s done, and I turned to Don and his wife Meredith, who was with us, and I said, ‘Wow. We need to do something,’” Leypoldt said.

So they chose a course of action that involved an elephant hand puppet that Leypoldt uses for children’s sermons. When Gentry made his report to the Gering congregation, he told them of the subject that would be facing the denomination, then turned to Leypoldt.

“I held out this little elephant, and I said, ‘This is the elephant in the room, and we don’t know what’s going to take place with the denomination, but we’re going to discuss it in a proper manner,’” Leypoldt said.

A couple of weeks later, the church council met and agreed to show the Tom Berlin video. About 40 members of the congregation came to see the video. After that, 50 congregation members met for six weeks looking at passages on homosexuality in the Bible. The desired result being that the congregation could make an informed decision as well as be able to answer questions from those outside the church.

If the separation is approved in May, each individual church would then have to decide whether it desires to stay with the UMC or break away to the new traditionalist denomination. Each local church would set its own threshold for a vote, whether that be 50% plus one or two-thirds, to determine the congregation’s desires. Should a church vote to leave the UMC, it would become part of the new denomination.

As things stand now, buildings and property are owned by the Church through a trust clause, a legal phrase that essentially means that the larger entity owns the structure and the property and the local congregation basically operates it in trust for the denomination. In the current proposal, that trust clause would be suspended.

“That means that the church that wants to leave for the more traditional denomination would be able to leave with all their property and all their assets, which is not the way it is right now,” Seifert said. “That’s a big shift. It was one of the stumbling blocks, I know from other previous negotiations. The fact that that is part of this proposal is why a lot of folks are really taking interest in it, saying, ‘Hey, maybe this is the way to go forward’ for folks on both sides of things because you don’t have the money holding things up.”

Generally, legislation that passes at the annual conference takes effect Jan. 1 of the following year. However it is possible to write in a different effective date, possibly giving local churches more time to decide what they will do and make arrangements going forward.

As part of the currently proposed agreement, the UMC would give the new denomination $25 million over four years in addition to the buildings and property, the idea being that the new organization would need “seed money” to help get on its feet and be successful moving forward.

The proposed legislation would only impact churches in the United States, the only region in the worldwide UMC that doesn’t have its own Book of Discipline. Other regional groups are able to adjust their individual Book of Discipline to fit their cultures or history. For example, Seifert said, in some countries in Africa, homosexuality carries with it a death penalty, so changing that Book of Discipline could potentially result in clergy members being outlaws of sorts.

While division in the church is never desirable, Seifert said there has been some perception that in this particular case it may help heal wounds a long time in the making.

“Because there’s been such angst for at least the last eight years or so, I think there are a lot of folks that see this as ‘Wow, this might just be the solution to stop the infighting and allow people to really get back on focus for the mission of making disciples of Jesus Christ,’” Seifert said. “In some ways, some people see it as, maybe, by dividing, we’re going to be unified more from the standpoint of now two people with very different views on the subject of human sexuality can be laser focused on making disciples without that being an obstacle and without having an acrimonious relationship with other people of faith. Instead, they can kind of root the other on and maintain some ecumenical ties and maybe do the job even a little bit better because there’s more focus on what we’re supposed to be doing instead of this particular issue that for whatever reason has become very divisive over the course of time.”

With the ultimate vote on the proposed split still months away, current membership is in a wait-and-see situation.

“It’s important for local congregations to know that the church they went to last Sunday is pretty much going to be the church they go to this Sunday,” Seifert said. “That is unless they choose to really get panicked about things, and there’s really no need to at this point. We’ve still got not quite five months before the general conference in Minneapolis, and there’s a lot of things that could happen between now and then. The message from our Bishop is for people to continue serving their communities. There are people who need to be clothed, people who need to be fed, people who need to be cared for and be shown love, and only the local congregation can do that and that needs to maintain its position as the number one priority of what our churches are doing.”

Leypoldt said that’s exactly the approach being taken by his congregation.

“On a day-to-day basis, at least the people I visit with, we’re not talking about it,” Leypoldt said. “We’re talking about last year we had 14 deaths in the congregation. That’s what we’re talking about. Grief, talking about people moving into nursing homes, we’re in the midst of a remodel campaign, people asking about our youth and kids programs. Rarely, rarely do we discuss (separation). We’re talking about life, everyday living. ... For us, we’ll continue to be the church.”