Sign Up
Log In
Get Started
You are the owner of this article.
Edit Article Add New Article 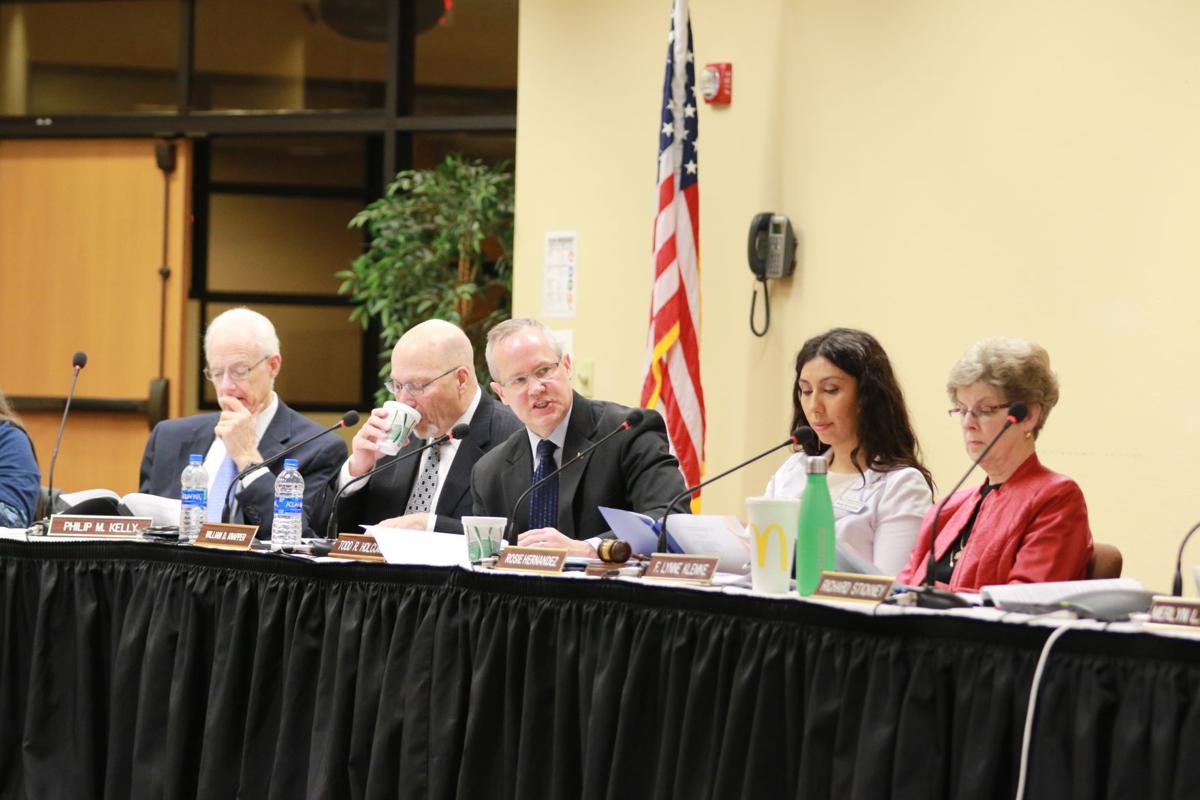 The Western Nebraska Community College Board of Governors visit about the presidential search process during the May 2019 board meeting. 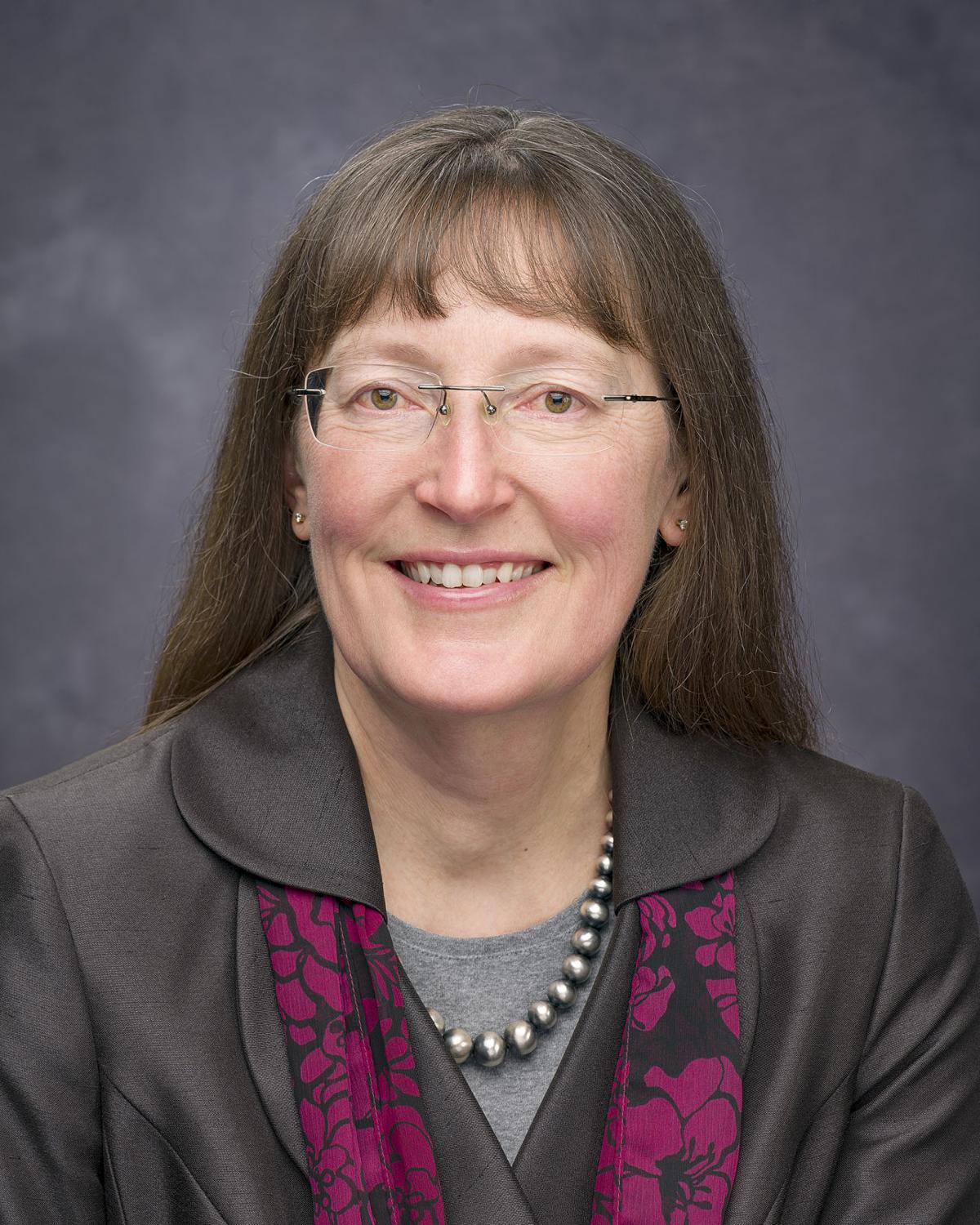 For WNCCA board chair Lynne Klemke, the presidential search process has been clear cut and smooth.

Klemke said the most challenging part of the process has been narrowing the field.

“It’s been very encouraging to see the quality and quantity of candidates who applied for the position,” she said.

Out of the several applicants, the top three candidates will now go through public forums. As the community comes out to meet each candidate at the Scottsbluff campus Wednesday, Nov. 13, Klemke wants the public to know “the selection committee feels very positive about the three remaining candidates and feels that each will do a great job of leading WNCC into the future.”

As the board continues through the process, Klemke is excited for the public to have an opportunity to meet the finalists.

“Western Nebraska Community College has a strong reputation and it showed in the number of distinguished candidates that applied for the position,” Klemke said. “We are excited to move forward in this process, and give the public the chance to learn more about the candidates and see which one is best suited to serve the needs of WNCC students, staff and service area.”

Alvarez, current president of Otero Junior College in, was born in Scottsbluff and raised in Minatare. Alvarez has more than 29 years of professional experience in higher education, including roles at the University of Nebraska-Lincoln, North Dakota State University, Eastern Wyoming College, and WNCC. He has also provided leadership for NASPA - Student Affairs Administrators in Higher Education, the Association of Land Grant Universities, and is an active member of the Mountain States Association of Community Colleges. Recently, he received the Pillar of the Profession award, one of NASPA’s most dignified awards.

He earned his associate’s degree from WNCC in 1979, before receiving his bachelor’s from Bellevue University in 1990, and a master’s from Chadron State College in 1993. He completed his doctorate in educational administration with a specialization in higher education leadership in 1999 from the University of Nebraska-Lincoln.

King has served as the vice president for academic affairs at Cleveland State Community College for seven years. While at Cleveland State, she was instrumental in developing an academic pathways program impacting student success, retention, and completion, helping the institution be recognized as the top performer of 40 community and technical colleges in the state by the Tennessee Board of Regents.

Prior to her role at Cleveland State, she served as dean for arts and humanities and social sciences at St. Charles Community College in Cottleville, Missouri, as campus director at San Juan Center for Skagit Valley College in Friday Harbor, Washington, and as interim dean for humanities and social sciences at Olympic College in Bremerton, Washington, where she earned tenure as faculty in theater arts and speech. She earned a doctorate in drama and humanities from Stanford University after completing a bachelor’s in both music and theater studies from Emory University.

Simone is the founding vice president and dean at the University of South Dakota Community College for Sioux Falls. Before taking that position, Simone spent five years as the President of Trinidad State Junior College, a multi-campus, Hispanic-serving institution in rural southern Colorado. While in Colorado, Simone was trained as a peer reviewer with the Higher Learning Commission, one of six regional accreditation agencies for higher education. She has also served as provost and vice president for academic affairs at Lewis-Clark State College in Idaho.

She began her career at Casper College in Wyoming, starting as a faculty member before advancing to Faculty Senate Chair, Division Chair, and Vice President for Academic Affairs. She has a doctorate in chemistry from Colorado State University, and a bachelor’s in chemistry from the University of North Dakota.

The board met three times with an initial meeting in June with the ACCT leader before meeting on Oct. 8 to narrow the pool of candidates. They recently finished the interview process with the most highly qualified candidates and narrowed the pool to the top three.

“Those three names are now forwarded to the WNCC board of governors,” Klemke said.

Each candidate will be on the Scottsbluff campus Wednesday, Nov. 13 to take part in public forums, where they will have the opportunity to meet with WNCC students, employees and community members.

Each candidate will have a 50-minute open forum in the Plex at the John N. Harms Center, starting with King at 1 p.m., Alvarez at 2 p.m., and Simone at 3 p.m. The forums will also be live-streamed at https://livestream.com/WNCC/President.

Klemke said the community is encouraged to attend the public forums.

“We want the public to attend the open forums,” she said. “That’s the opportunity to engage the three finalists and learn more about them. Faculty, staff, the public, and students are all invited.”

On Thursday, Nov. 14, the Board of Governors will conduct individual interviews with the three candidates.

Klemke said the board hopes to have a new president named by late November, with a start date of Jan. 1, 2020. Interim president John Harms will continue to serve in his role until the new president assumes office. Interim vice president John Marrin will also remain in his position in order to further assist the transition.

“Dr. Harms will remain for a short-term and (John) Marrin will be here for the long-term,” Klemke said. “Both these gentlemen have come to the aid of WNCC and have done an amazing job of helping the college move forward.”

Biographies of the three finalists and additional information on the search process can be found on WNCC’s Presidential Search webpage at wncc.edu/about-wncc/presidential-search.

Girl Scouts battle each other in Cupcake War

ASK A COP: Can minors be cited for MIP without having consumed alcohol?