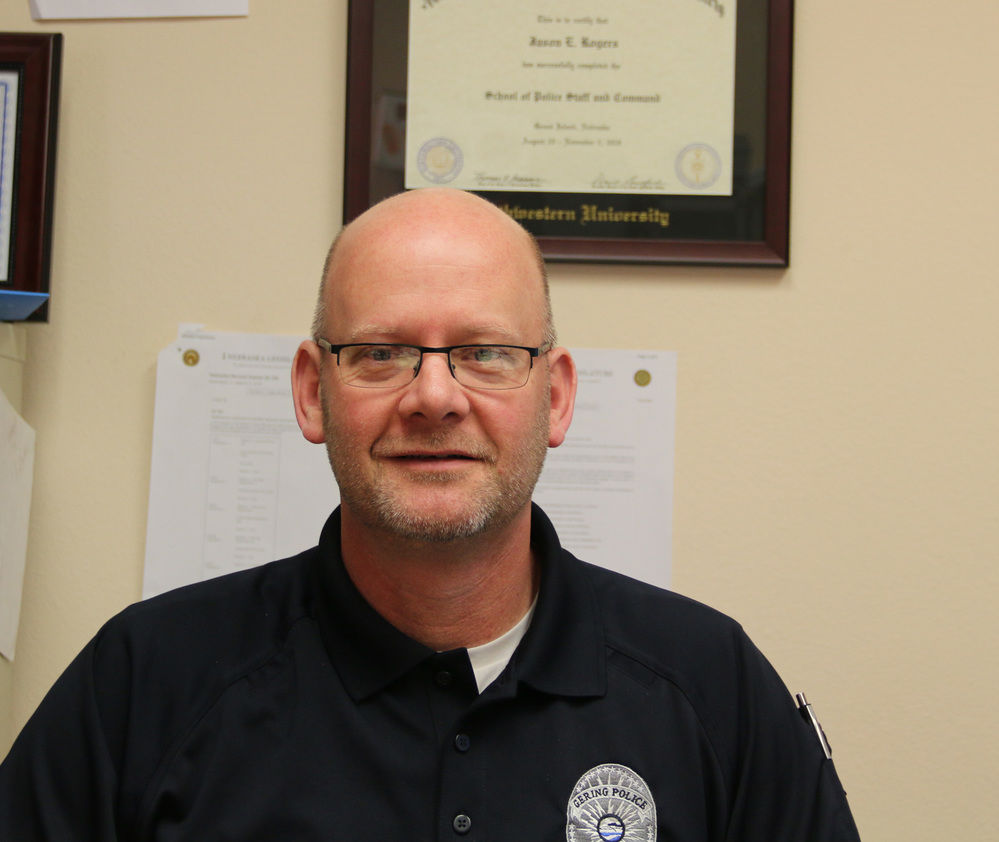 Captain Jason Rogers of the Gering Police Department has been on the job for more than 25 years. He sees his main role as working with the entire community to make it a better and safer place to live and work. 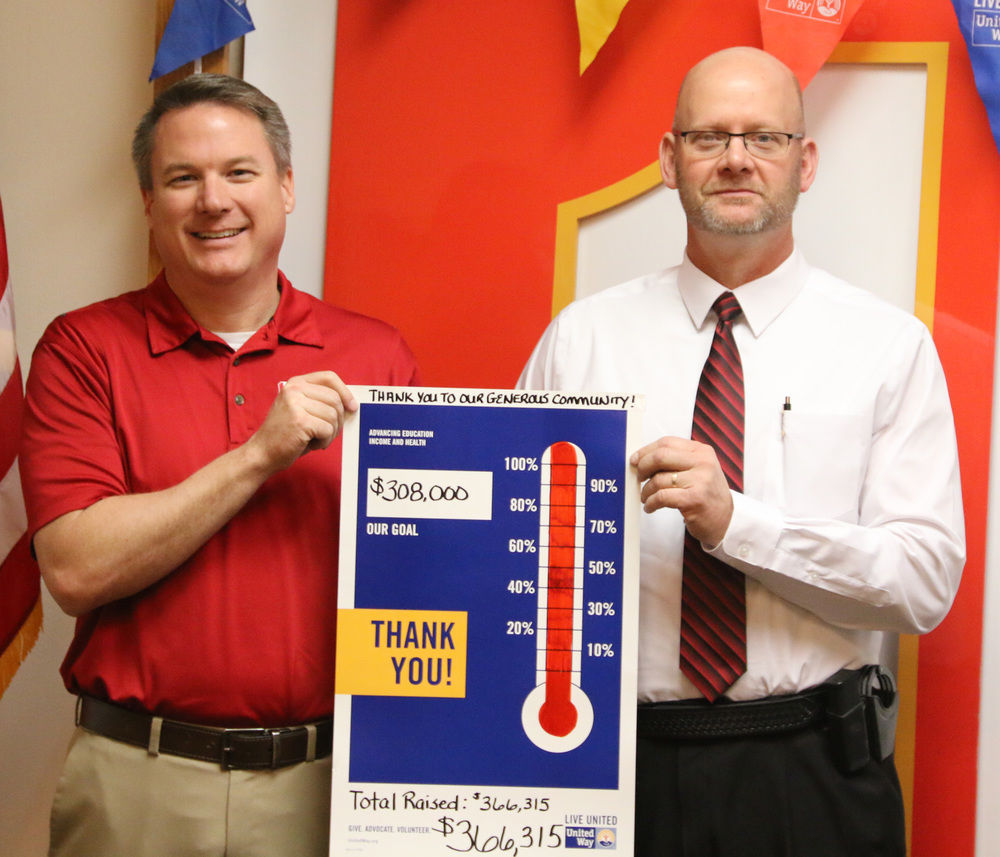 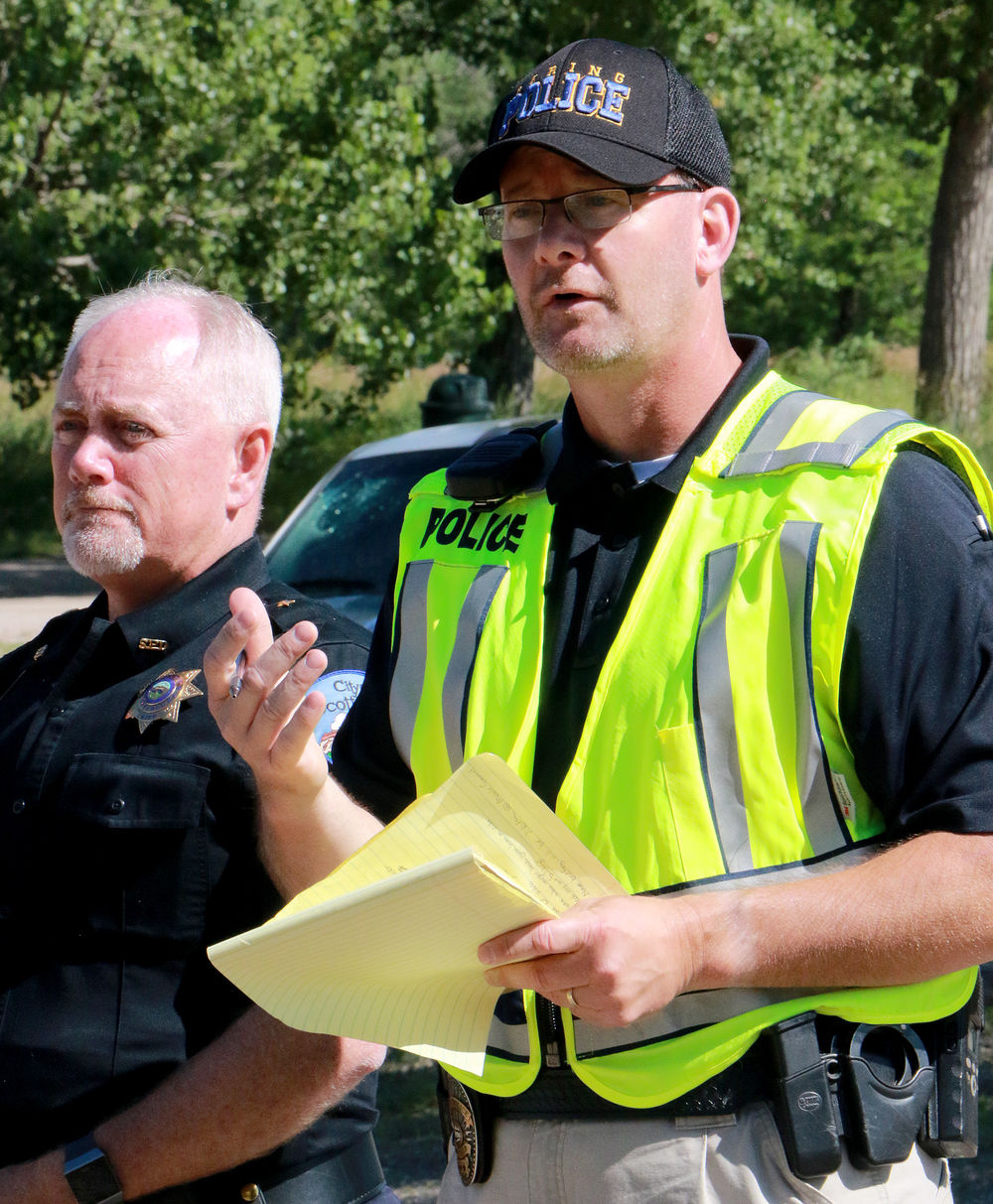 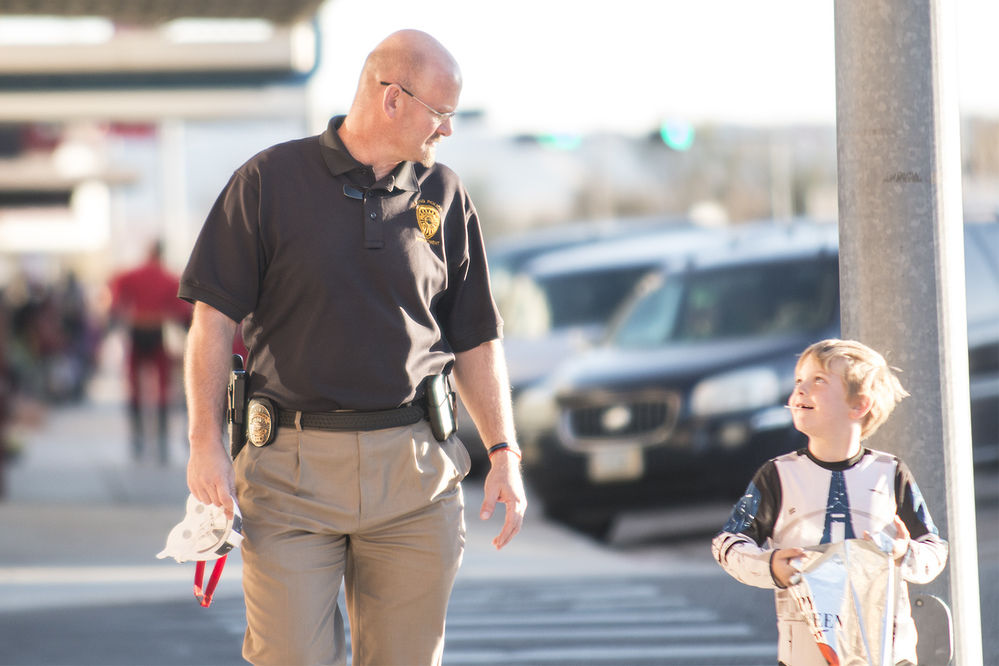 Jason Rogers of the Gering Police Department grew up around law enforcement. His father spent his entire 28-½ year career with the Nebraska State Patrol.

Rogers was born and raised in Grand Island and was always around his father’s co-workers at social events. Then in 1987, when he was still in high school, the family moved to Scottsbluff when his father was promoted to Troop E Captain.

“That camaraderie was still there after we moved and a couple of our neighbors were troopers,” Rogers said. “I got to hang out with some of their kids so a possible career in law enforcement was always on my mind.”

That idea finally kicked in when Rogers was in his early 20s and he realized he needed a career, not just a job. So he applied with the Nebraska State Patrol, as well as both Scottsbluff and Gering Police Departments.

In July 1994, Rogers landed with the Gering Police Department and is now approaching 26 years on the job.

“Like all of us, I started out as a patrol officer and I was working with a great group of guys,” Rogers said. “All four or five of us were new to law enforcement and we had a core group of younger, energetic officers. It was similar to what we have today.”

He said the mindset of those new officers hasn’t changed. They all want to help people, be involved in the community and help make it a safer place to live.

“When I first joined, I thought the job would be busy all the time,” he said. “It didn’t take long for me to learn that about 95% of the time is being not busy. It’s only about 5% when I was in there in the action of some significant investigation.”

Rogers’s job has changed from his days as a patrol officer. Now with the rank of captain, he plays a support role in helping the chief with administrative functions and support for the patrol staff to help assure everyone’s needs are being met.

So most of the time on the job is spent in working on training, plus getting out and visiting people. And that’s what Rogers said he loves about the job.

While people communicate in different ways today because of technology, face-to-face contact is still important to them when talking with police officers.

“Technology is probably the most significant advancement in my job,” Rogers said. “The demand today on law enforcement officers is to be more well-rounded professionals. Today’s officers have to be counselors, police and just caring individuals. We take on a number of functions that aren’t strictly law enforcement so we can help people through a lot of different situations.”

He added his most important skill is the ability to build relationships through talking with people because of the lasting impacts it might have. Getting to know the people who watch their neighborhoods goes a long way in keeping the community safe.

One event that’s a regular on Rogers' calendar is the annual Polar Plunge to benefit Special Olympics. He’s one of this co-chairs for this year’s United Way of Western Nebraska campaign. He’s a board member for Leadership Scotts Bluff and many other groups.

Rogers said he thoroughly enjoys being involved and making a difference. Some of those differences come during some of the worst situations.

“We ended up arresting someone for driving under the influence,” Rogers said. “Several years later, this person stopped by to tell me that because of what we had to do, he stopped drinking and turned his life around to the betterment of his family. So in law enforcement, we’re making a difference one investigation at a time.”

Their job is often underappreciated in many areas of the nation, but in small town Gering, the mutual support has been a big plus.

“That relationship is intentional,” Rogers said. “We live and work here. Our kids go to school together. We can’t control the narrative from the national perspective. We can only affect the narrative we see in this area. We have to take care of and help each other because we’re all we’ve got.”

LOOKING BACK: Golf takes root in the Panhandle