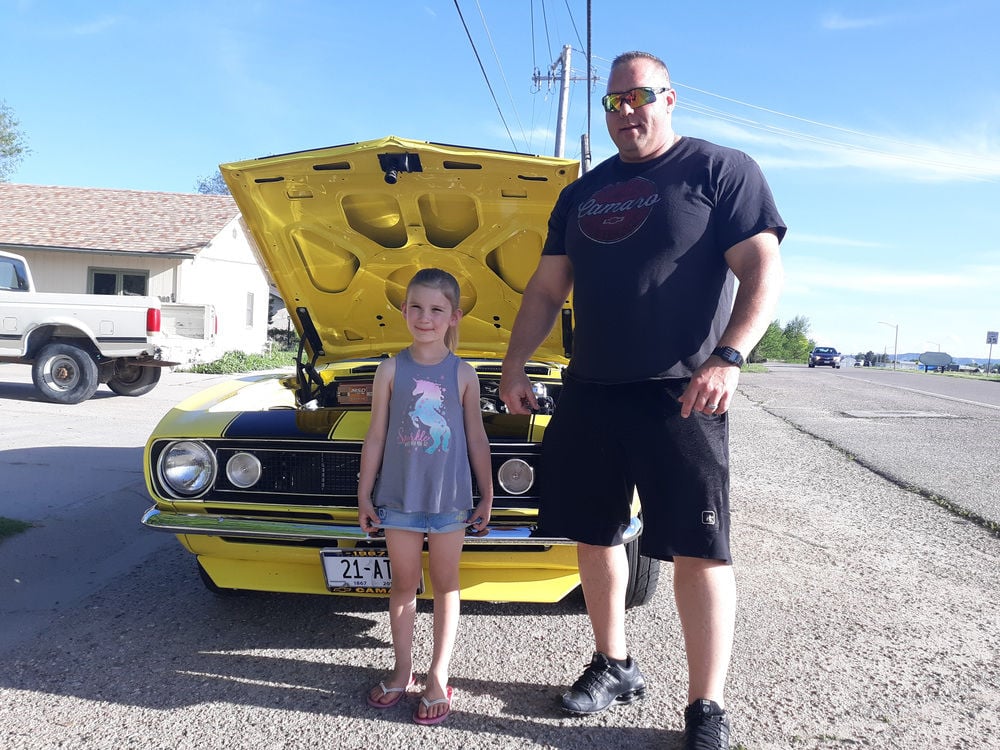 Jeff Chitwood (right) and Camaro Bryant (right) stand in front of Chitwood's 1967 Camaro. Chitwood gave the girl a ride in his Camaro after hearing about a plea to give the little girl a ride in a Camaro for her sixth birthday. 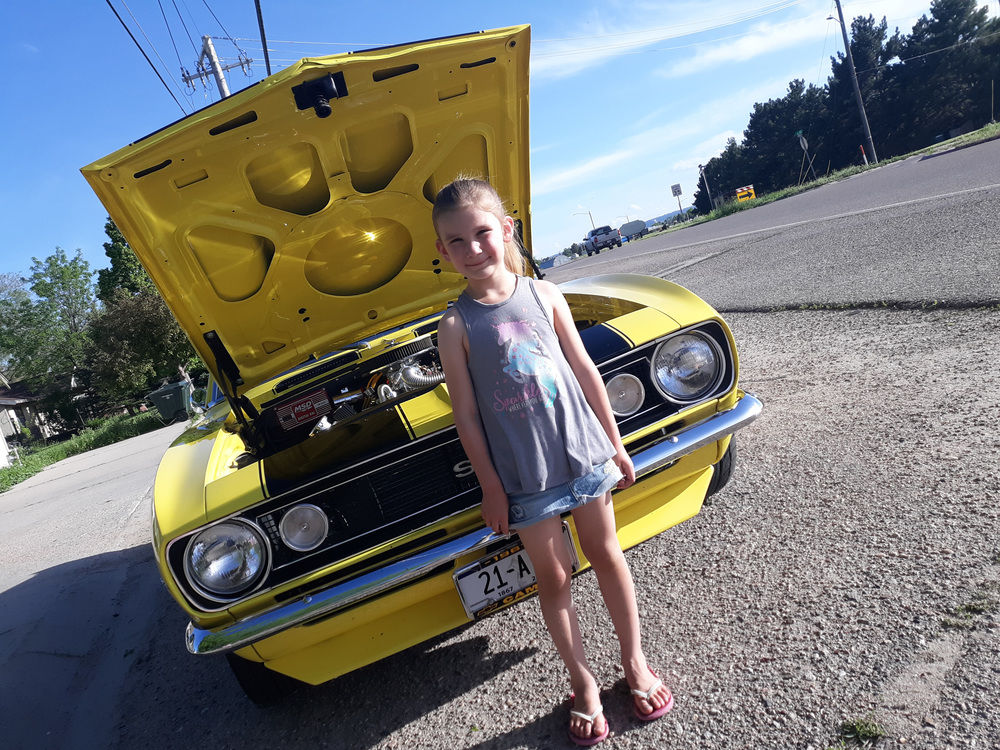 Camaro Bryant stands in front of a 1967 Camaro owned by Jeff Chitwood. Chitwood says the girl was smiling from ear to ear when he showed up to give the girl a ride in his restored Camaro for her birthday.

When one dad wanted to make his daughter’s birthday dream come true, he turned to the internet.

Cody Bryant’s daughter, Camaro, wanted to give his daughter a ride in the car that is her namesake. Being a “Ford guy,” he didn’t have the Chevy car, but he reached out on the internet, posting to a garage sale website to see if anyone would be willing to give his little girl her dream.

Jeff Chitwood, who is a lieutenant with the Scotts Bluff County Sheriff’s Office, didn’t see the initial posting, but a friend of his did and sent it to Jeff.

“I was tagged in the post, he said, but I was unable to respond. So I joined the group and told the guy: ‘I can help you make your little girl smile for her birthday, if you want.’”

Chitwood doesn’t just have a Camaro — he has a stunning, complete custom 1967 Camaro. Chitwood has shown the yellow with black stripe Camaro several times.

“It has won a trophy almost every time it goes out,” including two best of shows, he said.

Chitwood, who has liked cars ever since he was a kid, said his Camaro is the first car that he has been able to finish restoring. When his own boys were younger, he said, he liked to take them with him to car shows and his oldest son also took an interest in restoring cars. An affinity for cars was always something he could share with his own kids, he said, so he felt nostalgic seeing a dad want to share that interest with his daughter.

“It is fun, watching the younger kids, the next generation, appreciate those old historic cars and become old car fans.”

Camaro Bryant has been tagging along for years with her dad to car shows, Cody Bryant said.

Cody has been working at restoring two Ford Torino Elites that he owns, taking parts from two other Elites that he owns. His daughter likes to work with him on his project cars. She has even started saving for her own Camaro, despite just turning 6 last week.

The special Camaro ride on her birthday was a complete surprise. Initially, the ride had been planned for June 4, but because of a thunderstorm, Chitwood had to cancel because he didn’t want the car to be hailed on. The next day, which is Camaro’s birthday, Chitwood pulled up in front of the Bryant’s home.

“She was smiling ear to ear,” Chitwood said. Then, he said, he asked the girl if she wanted to ride in the car.

“We buzzed around a little bit. I tried to make her birthday a little fun.”

Cody Bryant says Chitwood did more than make the girl’s birthday fun, she really enjoyed it. He said he offered to pay Chitwood, who told Cody, “‘The smile on her face would be enough.’"

I told him repeatedly that I was thankful,” Bryant said. “He is a really nice guy to let her have that experience.”

Airport board opposes changes to runway, boardings up