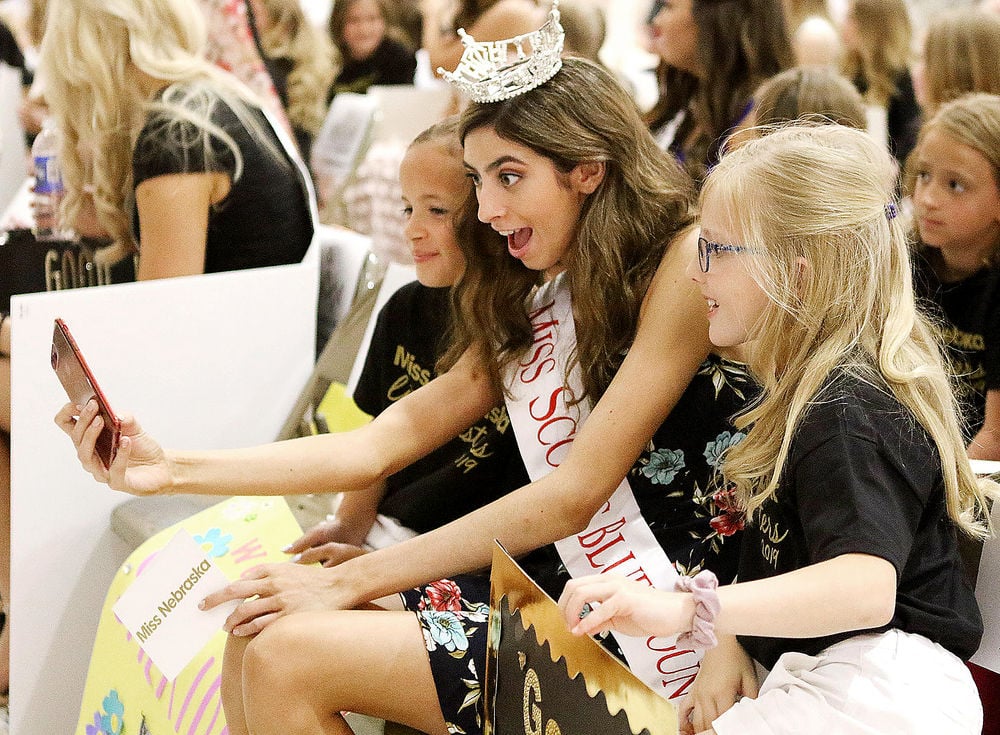 Miss Scotts Bluff County Sheridan Blanco snaps a selfie with her Miss Nebraska Little Sisters Khloe Riley, left, and Sydney Lake during an opening ceremony Sunday that kicked off the Miss Nebraska competition at the Platte River Mall. Preliminary competitions are Thursday and Friday, and the new Miss Nebraska will be crowned Saturday evening. 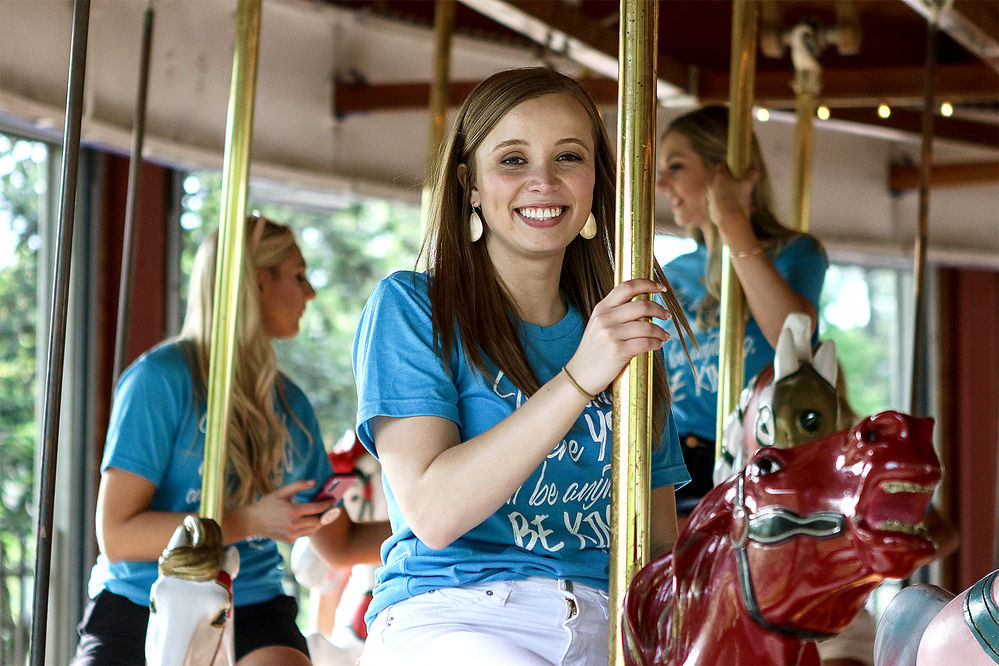 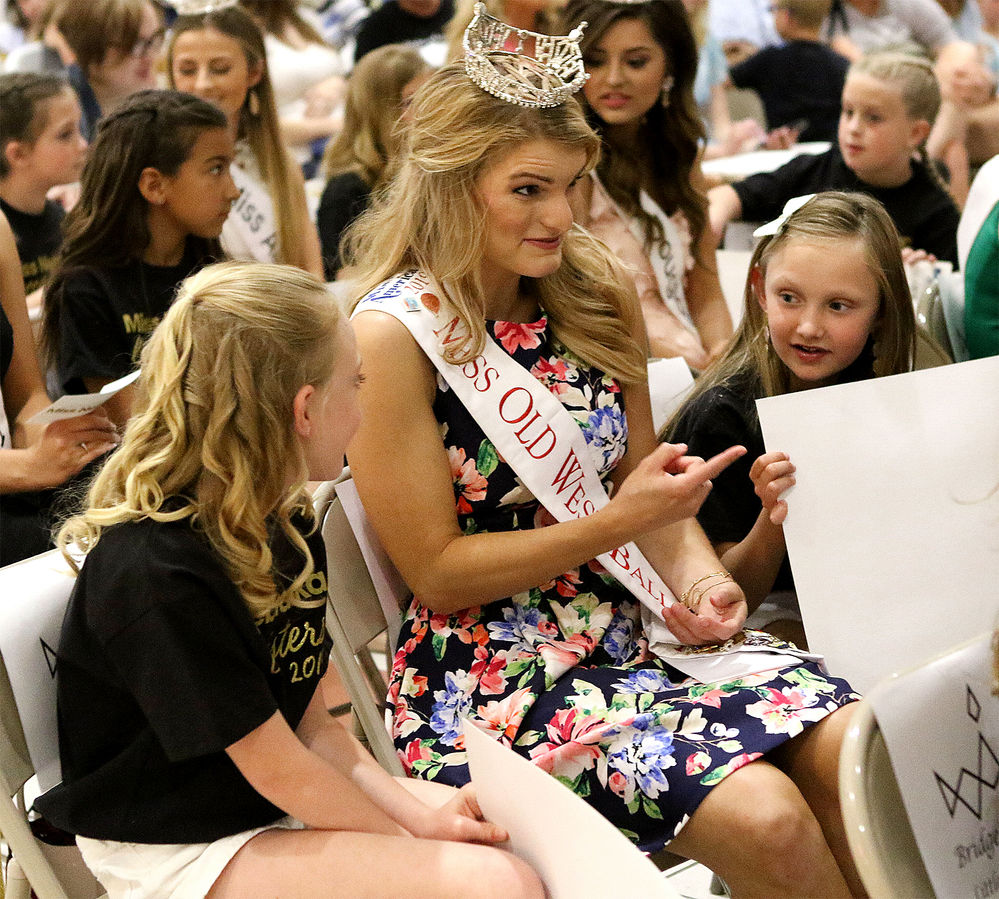 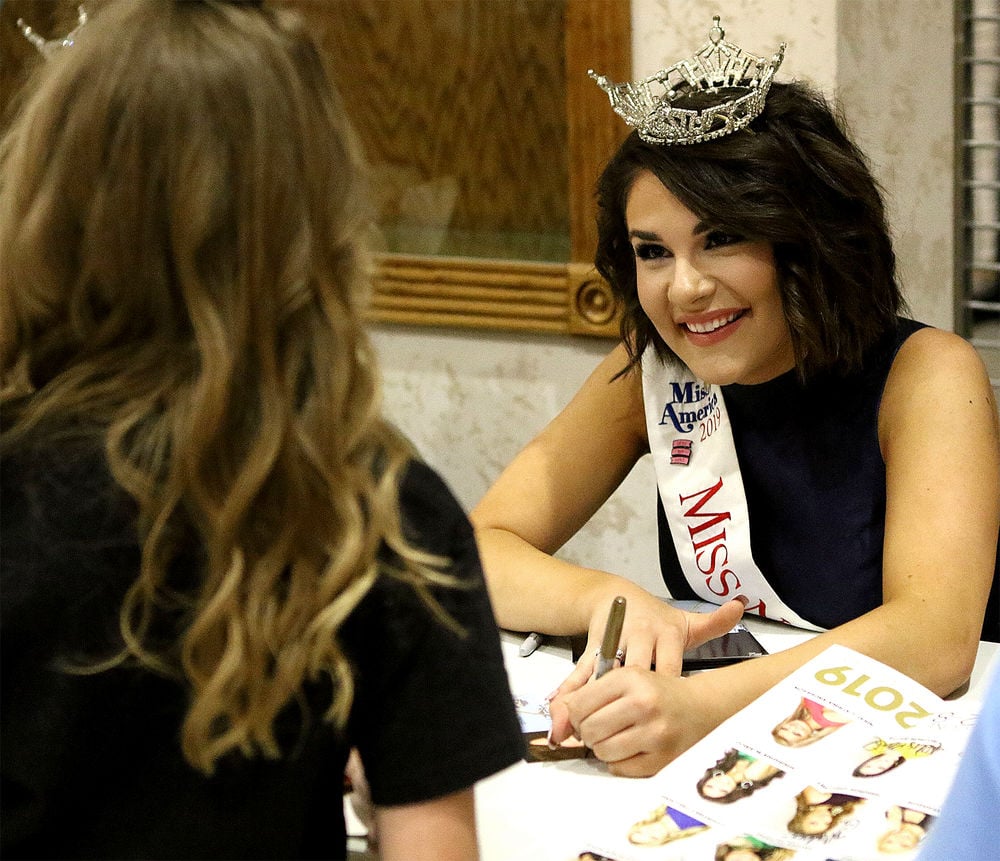 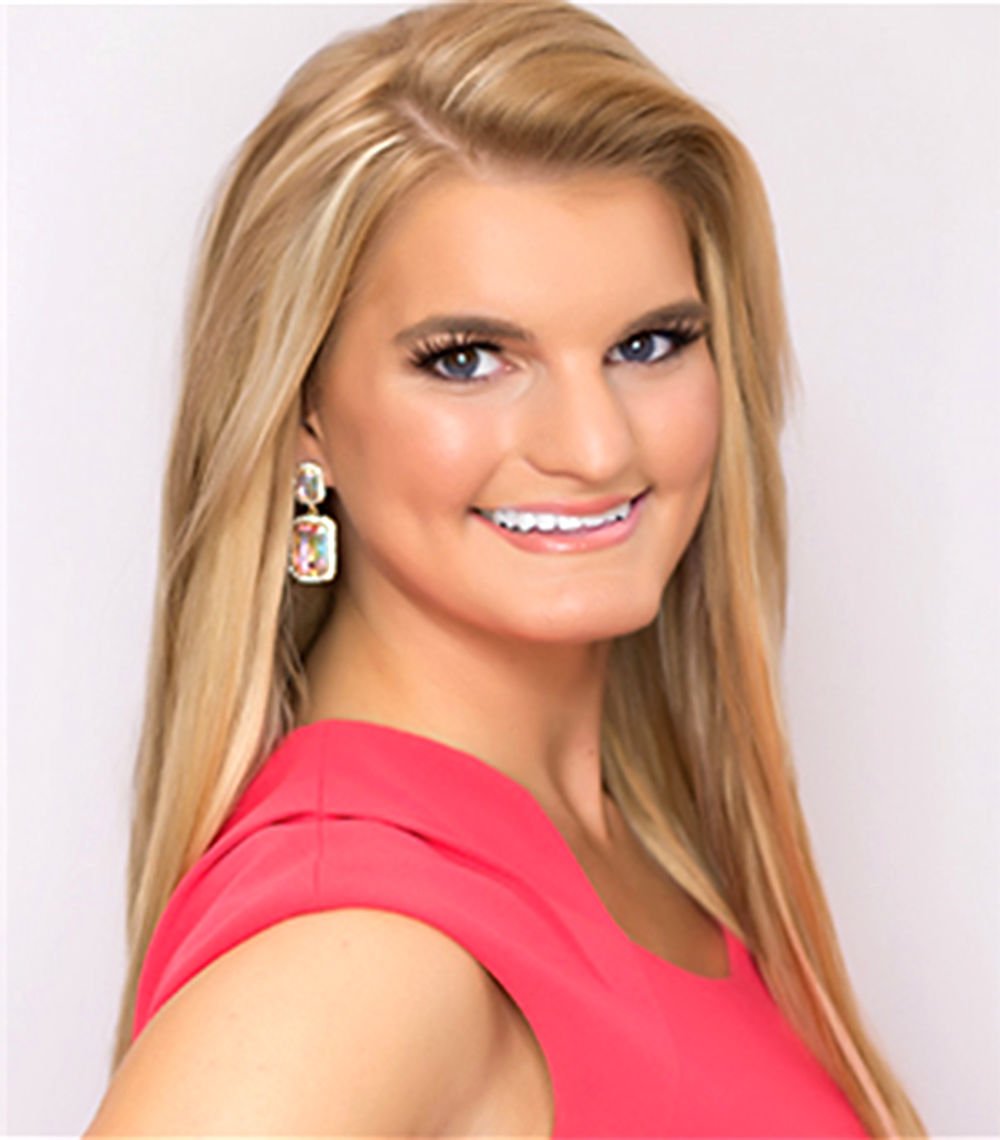 Nikki-Catrina Anderson will grace the Miss Nebraska stage sharing her passion of education as "Today a reader, tomorrow a leader" and showcasing her talent on piano. Anderson was crowned Miss Old West Balloon Fest. 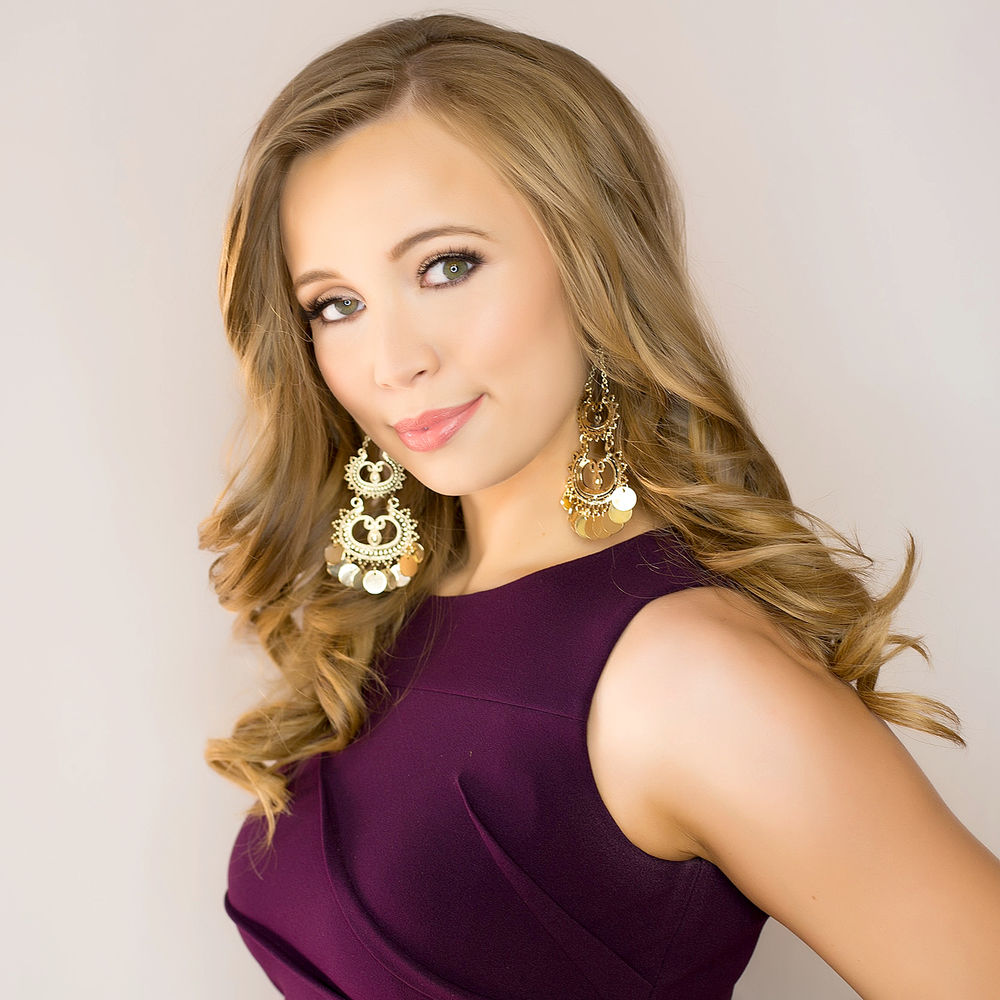 Makinzie Gregory will grace the Miss Nebraska stage this weekend vying against 12 other contenders. Gregory was crowned Miss Kool-Aid Days and her cause is "different-abled: educating, empowering and equipping special needs individuals." Her talent is dance. 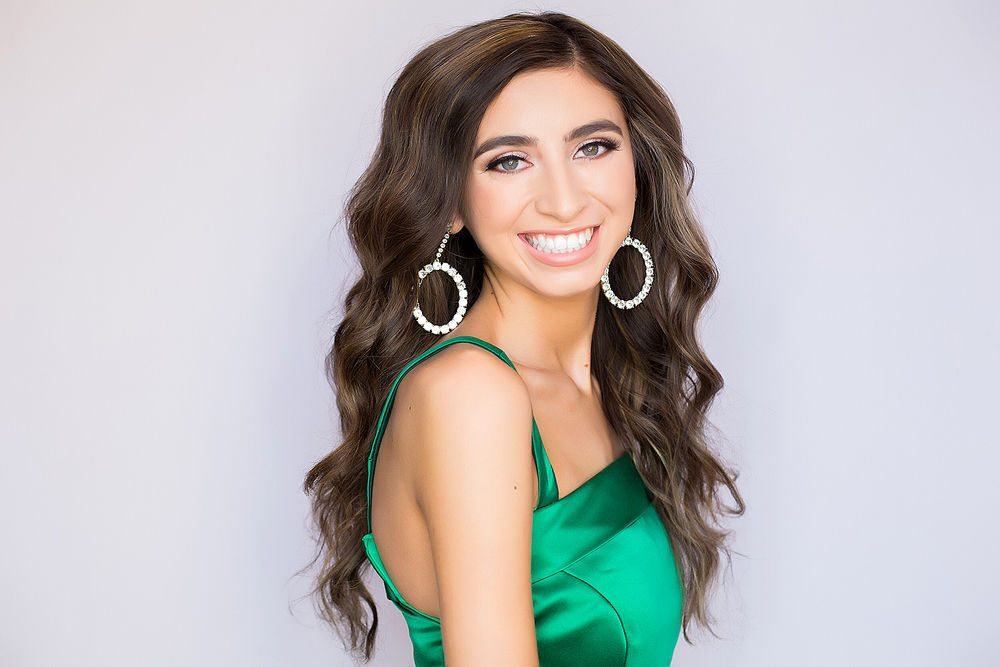 Sheridan Blanco is one of thirteen contestants in the 2019 Miss Nebraska comeptition. Blanco was crowned Miss Scotts BLuff County and is passionate about spreading arthritis awareness. Her talent is dance. 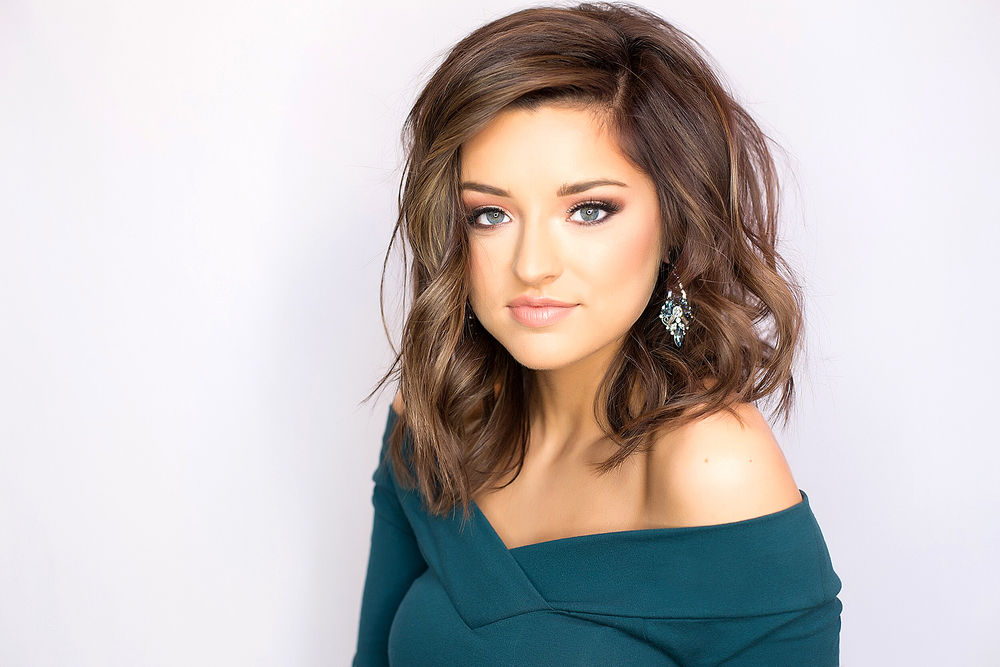 Carsyn Long of Gering is one of thirteen contenders for the 2019 Miss Nebraska crown. Long is the reigning Miss Douglas County. Her cause is families overcoming stigma and teaching reliability and her talent is vocal. 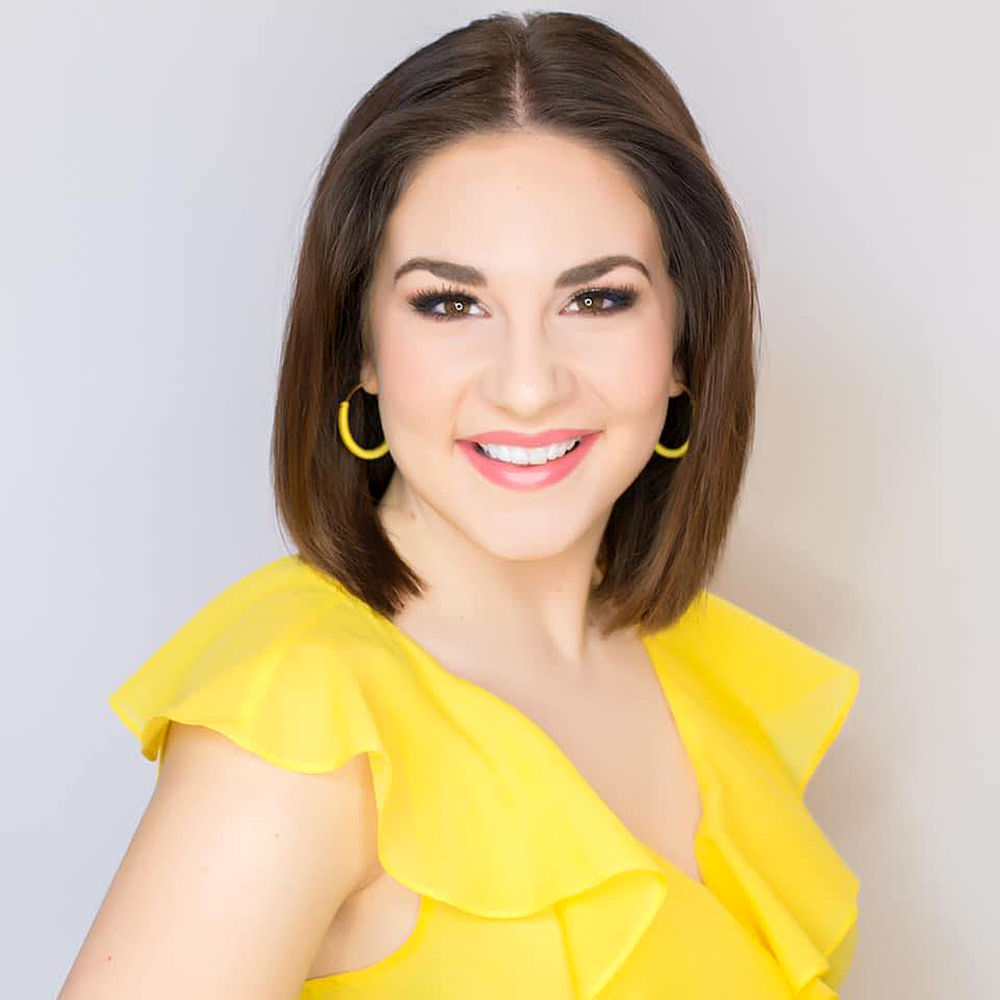 Allison Baird is the reigning Miss Nebraska State Fair and is competing for Miss Nebraska 2019. Her cause is "Little but Fierce" and her talent is vocal.

Miss Scotts Bluff County Sheridan Blanco snaps a selfie with her Miss Nebraska Little Sisters Khloe Riley, left, and Sydney Lake during an opening ceremony Sunday that kicked off the Miss Nebraska competition at the Platte River Mall. Preliminary competitions are Thursday and Friday, and the new Miss Nebraska will be crowned Saturday evening.

SCOTTSBLUFF — Empowering young women to express themselves and showcase their talents has changed the lives of many women across Nebraska, including five local women competing for the 2019 Miss Nebraska crown.

Allison Baird, Carsyn Long, Mackinzie Gregory, Nikki-Catrina Anderson and Sheridan Blanco will grace the Miss Nebraska stage, vying for scholarship money to continue their education. Miss Nebraska will award over $70,000 to the competitors.

The women have been in North Platte all week going through preliminary competitions. The first day of live events was Thursday as the contestants competed in the evening gown competition. Friday’s contest will have contestants answer an on-stage question and showcase their talents. Saturday is the final day when Miss Nebraska 2019 is crowned. The contest is taking place at North Platte High School.

Cheryl Engelhaupt has worked with the five Miss Nebraska contenders for several years.

“The gals, five of them, from this area, they all started in the Scotts Bluff County Fair pageant when they were 13 or 14 years old,” Engelhaupt said.

As Engelhaupt worked with the girls on their talents and communication skills, she enjoyed watching them grow.

“It’s very rewarding seeing what those girls have done,” Engelhaupt said. “They’re the ones that have taken off.”

Since their first competitions until now, Engelhaupt said she continues to remind them how everyone has the first-time jitters.

“Everybody has a first time,” she said. “I just remind them that everybody’s had a first time and everyone is nervous. It’s a growing experience for them and they develop their confidence.”

This year, Engelhaupt anticipates all five women will perform well.

“When you watch them grow into what they’ve done, it’s pretty exciting,” Engelhaupt said.

With the first live competition under their belts, the girls are among 13 contenders for the Miss Nebraska crown.

Blanco, 19, of Gering, has won thousands of dollars in scholarships competing in the Miss Nebraska program. She is currently pursuing a degree in physical therapy at Western Nebraska Community College. She is the reigning Miss Scotts Bluff County 2019 and as part of her community service, advocates for Special Olympics, Children’s Miracle Network Hospitals while also sharing her message about arthritis awareness.

“The Miss Nebraska Organization has been a very rewarding program to be a part of,” Blanco said. “I have learned public speaking skills, how to promote myself and am able to go to college for free all because of this organization.”

Gregory, 19, also of Gering, has also had success in scholarship competitions, winning over $7,000. Gregory is the reigning Miss Kool-Aid Days 2019 and looks forward to sharing her beliefs and platform on the Miss Nebraska stage.

“I am so excited to represent all that I stand for in the Miss Nebraska competition this year from my spiritual beliefs, to my hometown and state, to various social issues, organizations and businesses that I have become involved in,” Gregory said. “I am grateful for the voice and platform that the Miss America Organization gives me to advocate for my chosen causes.”

Long, 19, of Gering, is also competing for the crown. Long was crowned Miss Nebraska’s Outstanding Teen 2017 and is the reigning Miss Douglas County. As she competes alongside her fellow Gering contender, she is grateful to have the opportunity to represent her community.

“It’s so incredible that Gering gets to be represented in this way, and it’s even more incredible to have such successful and esteemed young women representing it,” Long said. “We have seen each other’s successes throughout high school and it’s exciting that we get to continue to see each other’s successes at the Miss Nebraska competition this summer.”

Baird, 22, of Gering, has found self-confidence and deepened her passion for performing throughout her involvement in the Miss America Organization. She has already seen success this year, winning the Preliminary On-Stage Interview Award Thursday night, according to the North Platte Telegraph.

Baird said it is exciting to win the first ever On-Stage Interview Award.

“I got to talk, not only about my social impact initiative, but also about current events,” Baird said. “At the end of the day, it is really what this organization is about, about articulate women who are empowered and empowering others.”

Baird is pursing a vocal performance and theater major at Doane University. At the 2018 Miss Nebraska competition, her performance from the musical “The Greatest Showman” won both overall talent and preliminary talent awards. Throughout her time in scholarship pageants, she has earned more than $10,000. Baird is the current Miss Nebraska State Fair.

As she takes the stage of Miss Nebraska, Baird said dedicating time to her causes and talents eases the nerves.

“Knowing I’ve done the work is really reassuring,” Baird said. “It’s just about being in the right mental space and presenting the truest version of myself.”

Anderson, 23, of Scottsbluff, has also seen success competing in the Miss Nebraska Organization, receiving over $9,000 in scholarships. Anderson will graduate with her degree in elementary education from Brigham Young University this spring. Aside from her studies, Anderson has donated more than 3,200 hours of community service in Nebraska, Texas and Utah, advocating for her mission “Today a Reader, Tomorrow a Leader.” Fluent in sign language, she hopes to teach English second language (ESL) learners as she continues to promote her platform.

“I’m passionate about promoting my platform across the state because it goes hand-in-hand with what I want to do with my career: work with kids, promote reading, and inspire others to reach their potential.” Anderson said. “Each opportunity to speak with different groups allows me to fine tune my presentation and teaching skills, strengthening my message and enhancing my future teaching.”

Baird and Anderson were named finalists for the Miss Nebraska Community Service Award for their exemplary work advocating for causes and volunteering. Anderson was also named the 2019 People’s Choice Award winner, receiving 750 online votes across the country. She received a $200 scholarship.