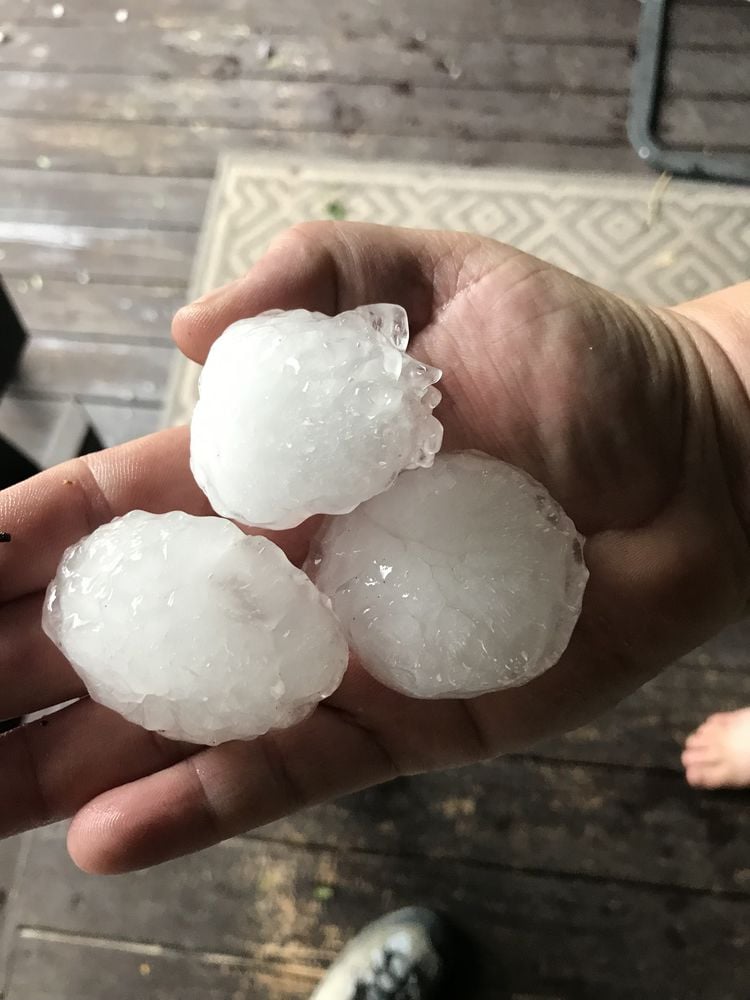 Hail up to baseball size was reported from the first of two storms to hit the area Thursday afternoon and early Friday morning. 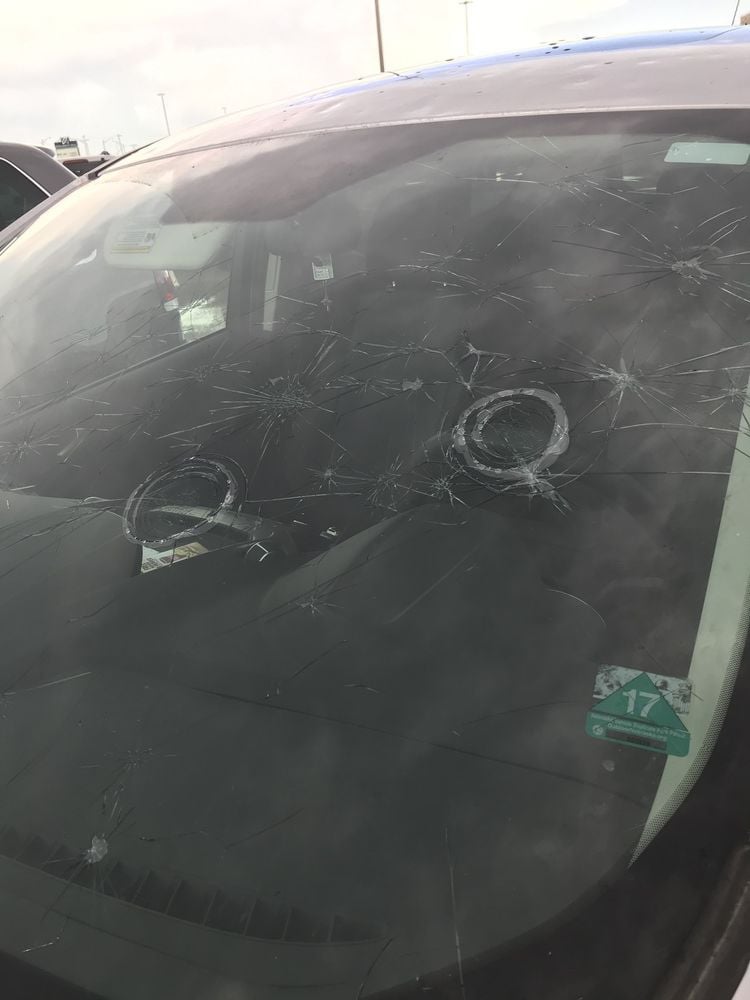 Vehicles, homes and crops were all hit hard by two hailstorms that rolled through the area Thursday and Friday.

Hail up to baseball size was reported from the first of two storms to hit the area Thursday afternoon and early Friday morning.

Vehicles, homes and crops were all hit hard by two hailstorms that rolled through the area Thursday and Friday.

SCOTTSBLUFF — A pair of hailstorms within 12 hours rolled through the region Thursday afternoon and early Friday morning, causing significant damage to homes, vehicles and crops.

According to National Weather Service Meteorologist Jerry Claycomb, the first storm hit the Scottsbluff area at approximately 3:30 p.m. Thursday, dropping hail reported as large as baseball-sized and packing winds up to 45 mph at the Scottsbluff airport. The second storm, shortly after 1:30 a.m. Friday, dropped golf ball-sized hail in Scottsbluff and Gering.

Gary Stone, extension educator at the University of Nebraska Panhandle Research and Extension Center, said it was too early to tell exactly how much damage was done to crops, but the majority should recover, even if not to their full yield.

“They should come back,” Stone said of the region’s corn, dry beans and sugar beet crops. “The corn was shredded pretty good. It all depends on where you are in the valley.”

Stone said beans that were blooming or setting pods may have had pods and flowers knocked off, but should recover. Corn and beets will also likely recover, but the damage will be a hit to the yield of the affected crops. He said a test field of cabbage at the extension center looked pretty good, but a test field of hops had been destroyed.

Two storms with large hail in such a short time frame is rare, Claycomb said. A front stalled over the I-25 corridor in Wyoming combined with 45-50 mph wind shear and moist air over Torrington, Wyoming, and the Nebraska Panhandle made for the ideal funnel to bring the storms through. The first storm developed over Carbon County in Wyoming and the second over Converse County in Wyoming before moving into Nebraska.

“Normally, we have this weather in June or July,” Claycomb said, “but it seems the weather this year is about a month behind schedule. Normally, we would be drying out by this time of year.”

The Thursday through Friday storms dropped .78 inches of rain, not including the hail that wouldn’t have fallen in rain gauges. With that precipitation, Scottsbluff sits about 3 inches above normal precipitation year-to-date.

“I talked to my neighbors who farm, and they’ve got plenty of water, so the last thing they wanted to see is more water,” Stone said. “Now, I know that’s not the case for those south of Gering who’ve been without the irrigation water. But definitely that ‘hard water’ can just stay away altogether.”

Contrary to some reports on Facebook, Claycomb said there was no tornado involved in either storm.

“We think that’s highly unlikely,” he said. “The systems just didn’t have the rotation for a tornado.”

Claycomb said there is the possibility of more severe storms Friday, hitting Scottsbluff around 6 p.m. and ending around 8 p.m.