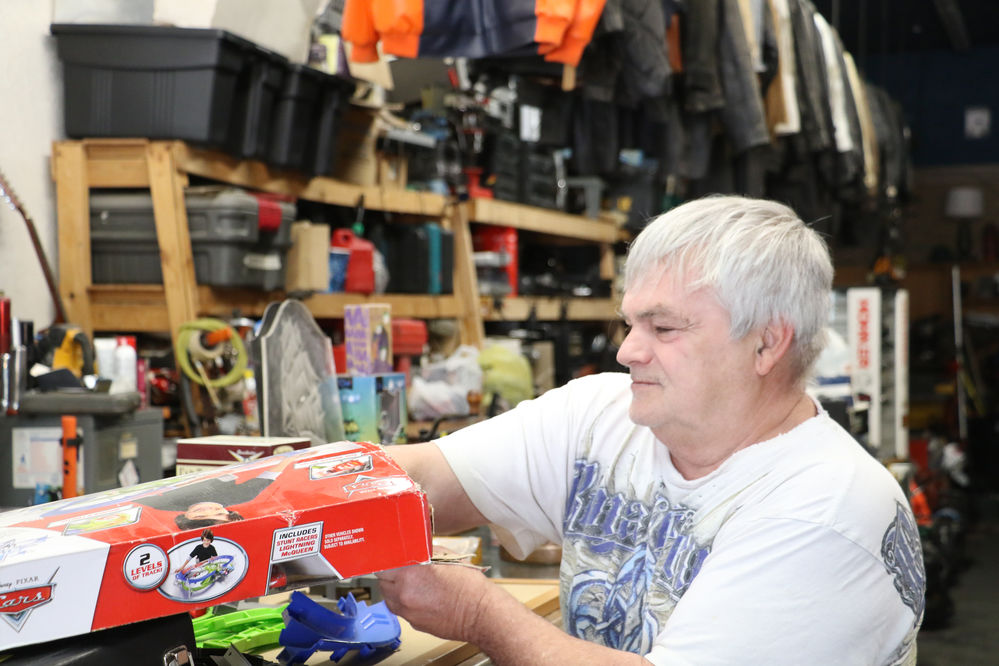 Bill Houston, owner of E-Z Pawn repacks a toy set he plans to resell at his pawn shop business in Scottsbluff. 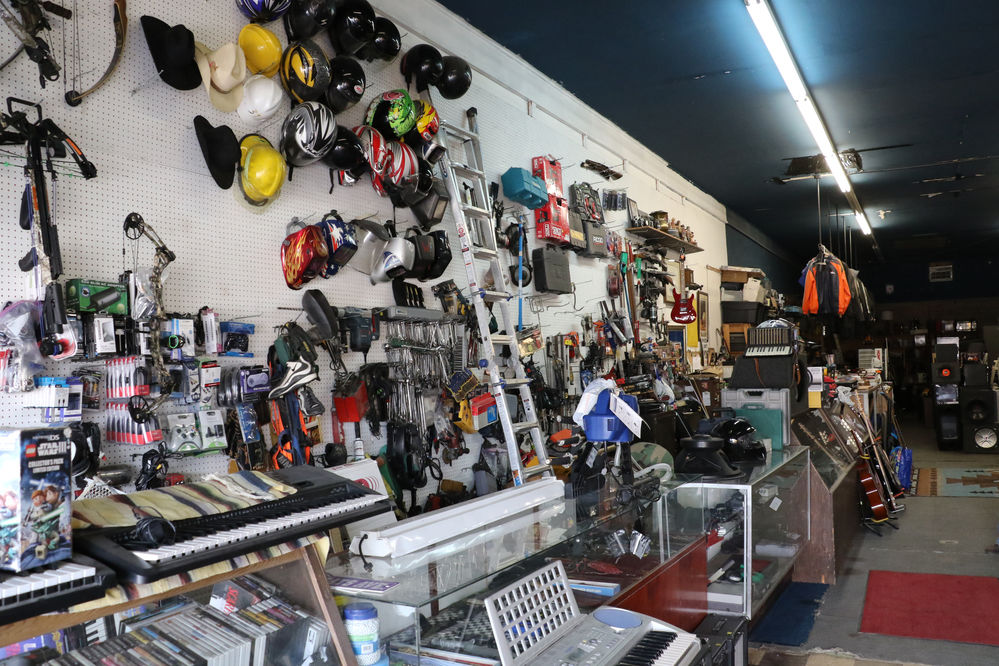 Bill Houston, owner of E-Z Pawn keeps a variety of items in stock at his Scottsbluff business.

Bill Houston, owner of E-Z Pawn repacks a toy set he plans to resell at his pawn shop business in Scottsbluff.

Bill Houston, owner of E-Z Pawn keeps a variety of items in stock at his Scottsbluff business.

Bill Houston, owner of E-Z Pawn, made the decision to keep his doors open while businesses across the state proceeded to close theirs with COVID-19 concerns and health safety measures in mind.

As a business owner, Houston said, he felt as if there was no need to temporarily close his long standing Scottsbluff business. He believed the daily foot traffic which typically comes through the store is not at high enough numbers to present a significant COVID-19 transmission risk.

Houston said E-Z Pawn does not solely rely on daily in-person business at the store, but also the weekly trips he makes to Indian Reservations across Nebraska, Wyoming and South Dakota, to sell a variety of items.

“Ninety-five percent of my money comes from going and selling on the reservations, and about five percent here in the shop,” Houston said.

As a business which Houston said “sells just about everything,” the impacts from COVID-19 are quite different than a typical business that solely relies on store front customer business. However, ravel restrictions into the Indian Reservations at this point in time have presented a significant monetary impact to E-Z Pawn.

“The governor (of South Dakota) said her administration has received complaints about the checkpoints and they have caused problems for people who are trying to access the reservation for reasons such as ranching or store deliveries,” according to the Associated Press.

During the first part of March, Houston said, he made his last trips to a number of reservations and has not been able to go back since.

“The checkpoints are essential to protecting the health of the people on the reservation,” Harold Frazier, the chairman of the Cheyenne River Sioux said, according to the Associated Press.

Houston said he has plans of taking a trip as soon as travel into Indian Reservations reopen to non-residents, and their COVID-19 restrictions are no longer in place.

Of his business at the reservations, he said he sells mostly all new items of which his selection of printed rugs, clothing items and game machines are the things customers look forward to the most.

“I sell a lot of everything here at the store, a lot of game machines, tools, used CDs, DVDs,” Houston said,“I sold a few lawn mowers recently and a rototiller recently.”

Not only does E-Z Pawn function by the work of Houston himself, but also the efforts of his sons.

“It's just me mostly, and my sons help too, but during all this I have been the only one coming in because I don’t want to have them exposed to something,” Houston said.

Even though the closing of businesses has been seen in high numbers across Scottsbluff, Houston said he knew he had to keep his doors open no matter what the circumstances are.

Houston said he strongly believes aiming to keep his business open 365 days a year is an important piece of what has kept his business functioning for a number of years, and he will continue to keep his doors open as many days of the year as possible.

With the inability to make his business travels, Houston said, daily business has been extremely slow but has hopes his normal business will return shortly.

ASK A COP: Can Segways be ridden on the sidewalk?

New cases of COVID-19 reported in the Panhandle