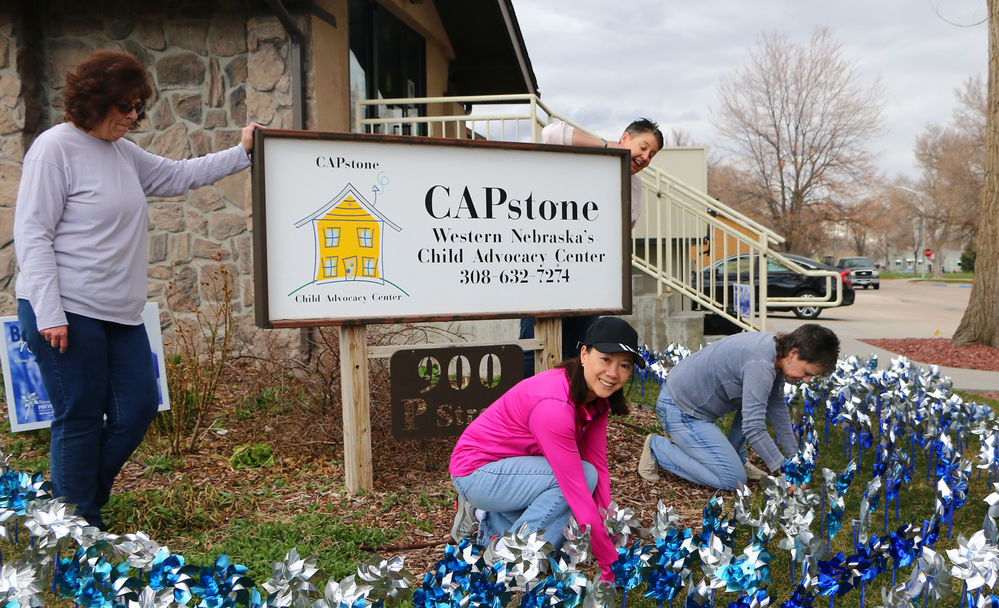 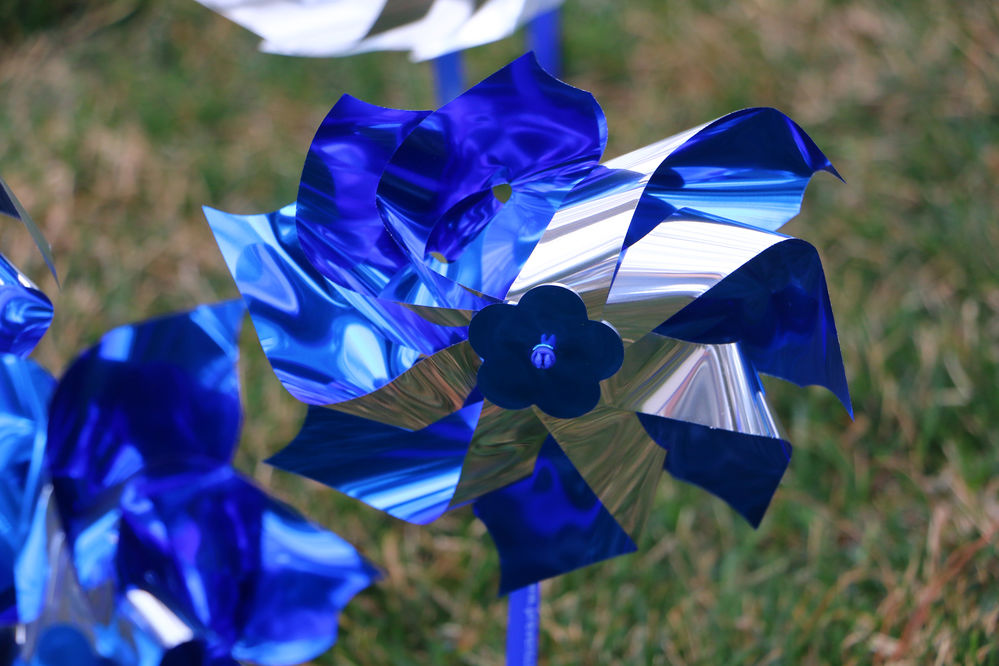 Blue and silver pinwheels are available for purchase at CAPstone child advocacy center during the month of April. The pinwheel sales are a fundraiser for the center, which gets 20 percent of its funds from donations.

Blue and silver pinwheels are available for purchase at CAPstone child advocacy center during the month of April. The pinwheel sales are a fundraiser for the center, which gets 20 percent of its funds from donations.

Once again, a common child’s toy, a pinwheel, takes on symbolic meaning during the month of April. On Wednesday, CAPstone child advocacy staff planted 600 pinwheels, each to signify the children assisted at the center in Gering. CAPstone also has centers in Sidney, Alliance and Chadron.

The pinwheels are also serving as a fundraiser for the child advocacy center, which Monica Shambaugh, executive director, said assisted 567 children in 2019. Center staff interview children who have been victims of neglect, abuse or sexually assault, providing a child-friendly atmosphere for an interview. The center also provides hair follicle testing after a parent or other caregiver has been accused of using methamphetamine or other controlled substances. CAPstone also provides aid to children and families needing therapy and other services as a result of abuse or sexual assault.

Last year’s numbers show an increase of 134 more interviews. Shambaugh said that physical abuse and sexual assault case numbers stayed about the same as compared to 2018, but that more children were interviewed as part of domestic abuse investigations. County attorneys have increasingly focused on interviewing children as part of those cases, she said.

“Generally, if there in a domestic abuse case, there is not just that one incident,” she said.

“County attorneys want to make sure that the children are interviewed. Have they seen something? Have they been hurt themselves?”

Usually, Gering students and others gather to help the CAPstone staff plant the pinwheels. However, with current social distancing guidelines and other recommendations to prevent the spread of the coronavirus, Shambaugh said that the center opted to just keep this year’s planting to staff.

“I was kind of sad not to have the CPS (child protective services) workers, the law enforcement and the kids helping out.”

People can still help out CAPstone by purchasing the pinwheels, which are available for $1. People can contact the agency by calling CAPstone to arrange pickup. The pinwheel drive is one of the center’s fundraisers. CAPstone receives 63 percent of its funding from the state of Nebraska and 17 percent from the Nebraska Crime Commission through the Victims of Crime Act (VOCA) grant funds. The agency receives 20 percent of its funding from donations, and as needs increase and some fundraisers are canceled, Shambaugh said, “It’s a tough time for nonprofits.”

In an update to an effort started last year at this same time, Shambaugh said the center could also use more donations of journals. The journals are gathered for children and teens to be used as an outlet for them.

“It was a hit, with both the guys and the girls,” she said, noting that she is unsure how many journals were donated but that many stepped up and held drives and other things to gather the journals for the agency.

For more information on the pinwheel fundraiser or donating to CAPstone in another way, call the center, 308-632-7274.