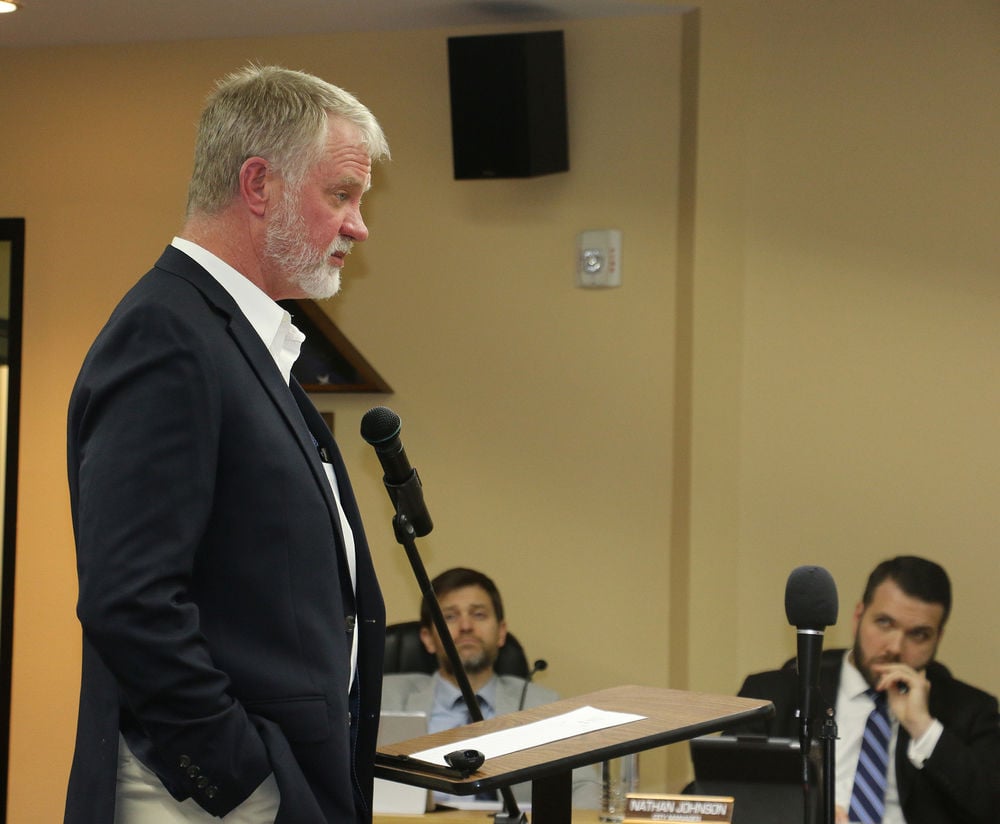 Mark Johnson of Western Farms, LLC., speaks to the Scottsbluff City Council Tuesday night. The council approved an LB 840 request in the amount of $500,000 for Western Farms. 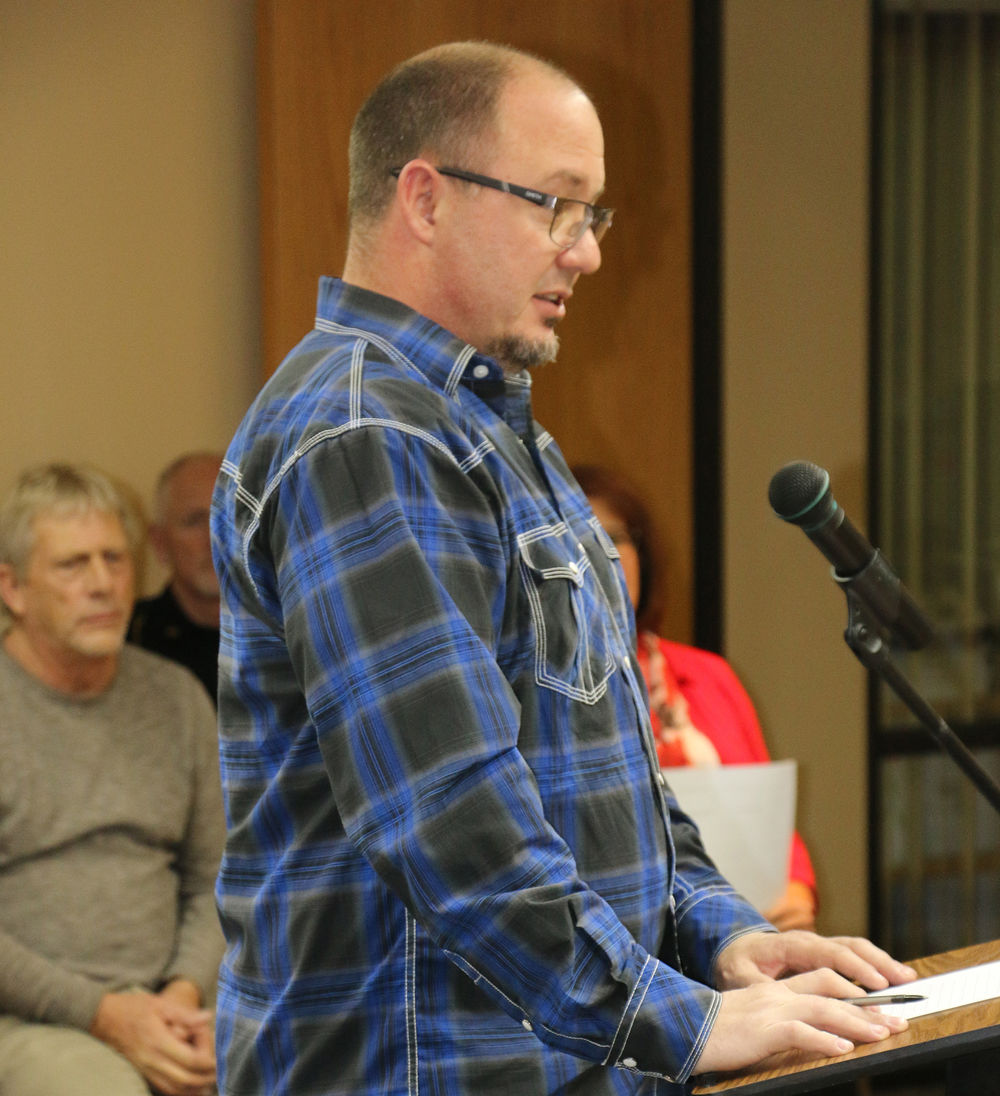 Jerry Gardner gives a presentation to the Scottsbluff City Council Tuesday night. Gardner Technologies, LLC., was approved for LB 840 funding by the council.

Mark Johnson of Western Farms, LLC., speaks to the Scottsbluff City Council Tuesday night. The council approved an LB 840 request in the amount of $500,000 for Western Farms.

Jerry Gardner gives a presentation to the Scottsbluff City Council Tuesday night. Gardner Technologies, LLC., was approved for LB 840 funding by the council.

Western Farms LLC., and Gardner Technologies LLC., will both receive economic development assistance from the City of Scottsbluff.

Western Farms will receive a loan of $500,000 for its hemp seed operation, reduced from an initial request of $1.8 million. A portion of the loan can be offset by job credits up to $75,000 per year over the next three years by creating at least 17 jobs. During its meeting Tuesday, the Scottsbluff City council approved by a 3-2 vote with Nathan Green and Scott Shaver opposing. Shaver indicated that he doesn’t think ag is appropriate for LB840 funding.

Gardner Technologies will receive two loans of $20,000 each for their operation. The first is a non-contingent loan with the second being contingent on the company being approved for an Apple certification allowing them to repair Apple products. The second loan is eligible for offsetting job credits. The company primarily does low-voltage cabling and entertainment system installations. Last year alone, the company installed 417,000 feet of CAT6 cable and expects to triple that this year. Although the company does not have a store front, Shaver opposed the loans based on the portion of Gardner’s business that sells computers and products to customers who request that service.

“Our job is to take care of somebody’s problem and do away with it and make them not have to worry about it anymore,” owner Jerry Gardner said, “whether that’s repair their computer or sell them a new one because their computer is too old.”

“Everything we’re doing is to try to bring business to Scottsbluff and to keep families going,” Gardner said. “I’ve got to be able to support everybody that comes to work for me and their families, benefits, vacations. More money for them means more shopping in the community. That’s really what we’re trying to do is support families within the community and in turn grow the community as much as we possibly can.”

Mark Johnson spoke on behalf of Western Farms and spoke about the Nebraska Department of Agriculture’s oversight of the industry and policies in place to make sure the product produced meets restrictions for THC levels in the crop. He said an open house had good attendance and the company has had many people interested in the operation. The company is going through the process of seed production and expects to make its first harvest in the next 10 days. He said initial capital expenditures such as a threshing machine and greenhouse improvements make it critical to obtain the funding the city is providing.

“Regular financing is rather difficult in this industry because of uncertain regulations,” Johnson said. “But the banking industry is opening up to more relaxed regulations. It is critical as we move forward to obtain financing through LB 840.”

Johnson said job creation will be a benefit to the community. The company currently has five part-time individuals, but anticipates 50 seasonal and part-time jobs during production.

Attorney Brendan Rice said the company is nearing 80 local growers who have expressed an interest in the product. He said Nebraska should have a response from the United States Department of Agriculture about its regulations by mid-February.

Getting some girl time at Girls Day Out

Taking appointments for power raking, aeration, and lawn clean up.