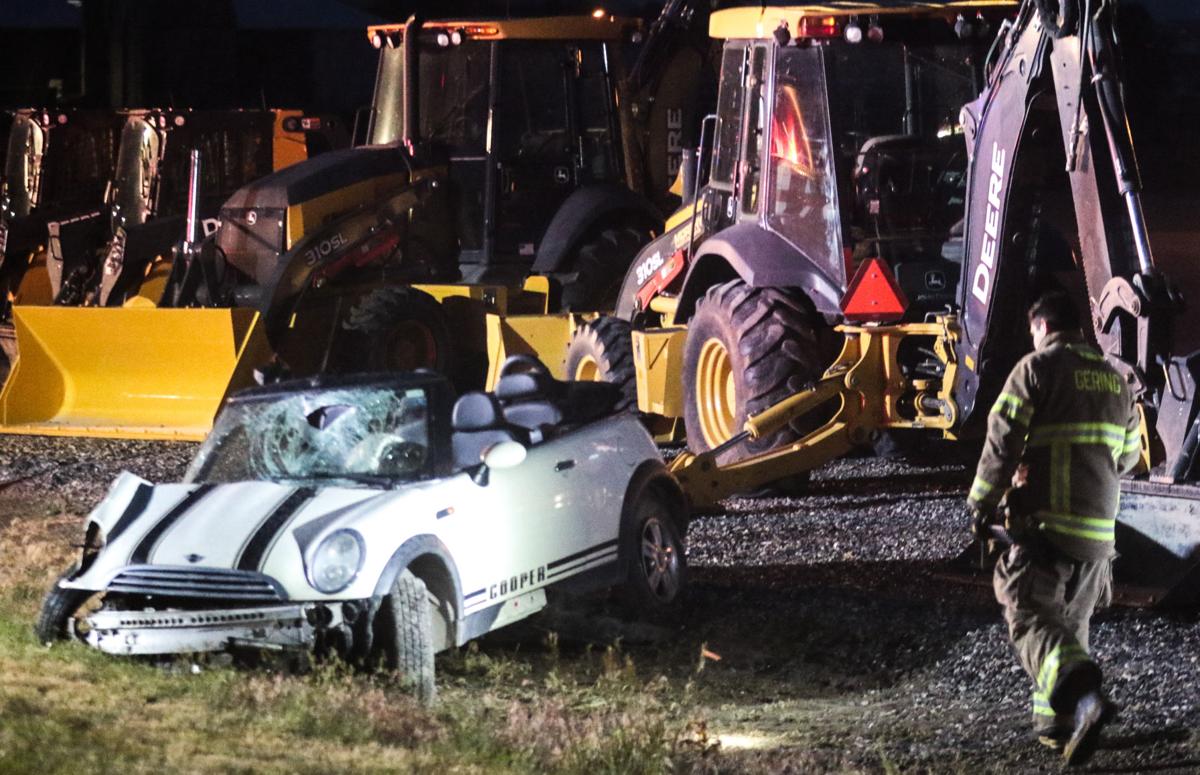 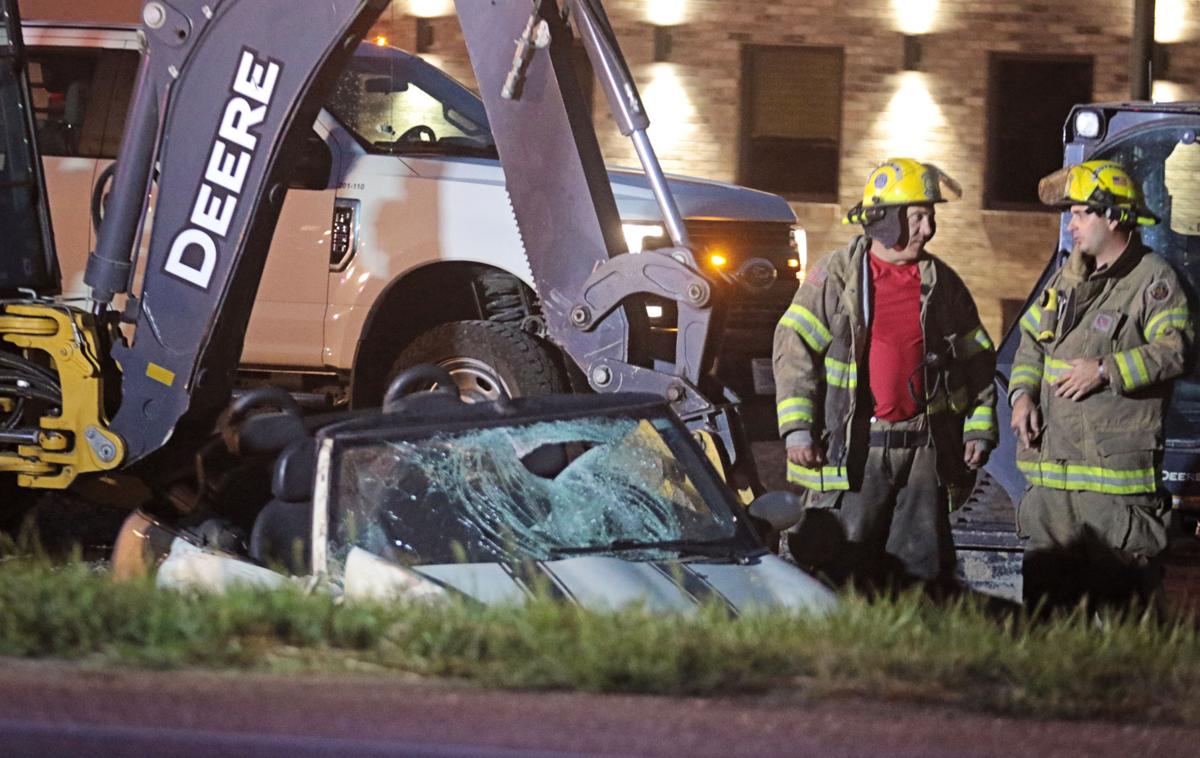 Gering firefighters responded to a rollover accident on M Street. 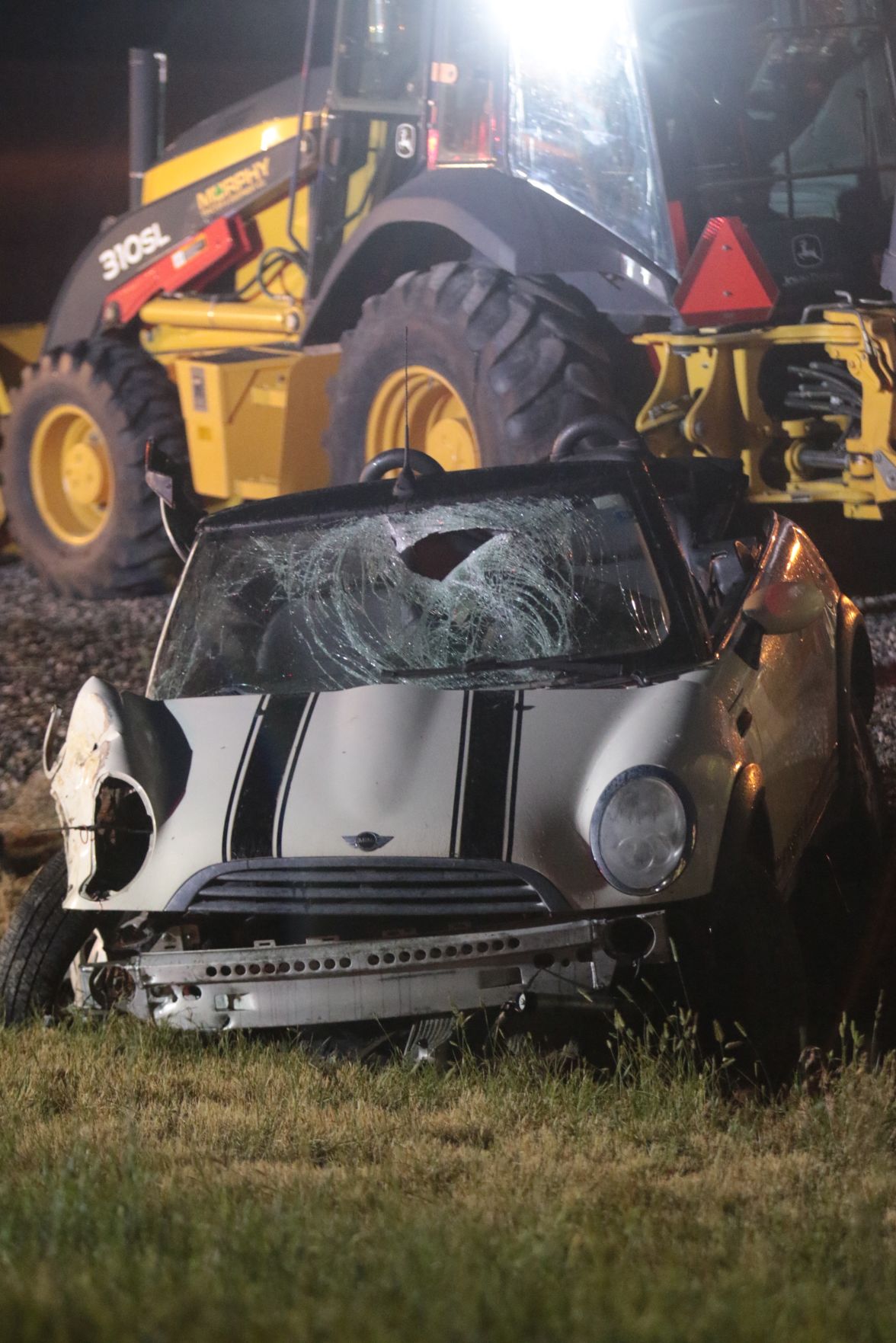 Gering firefighters responded to a rollover accident on M Street.

A Scottsbluff man faces charges of driving under the influence in connection with a crash Thursday night in Gering.

Gering Police arrested Christopher Snyder, 28, of Scottsbluff, on a charge of driving under the influence.

Snyder and two other men were been transported to Regional West Medical Center after being injured in a crash that occurred on M Street.  Gering Fire Department and first responders were dispatched shortly before 8:30 p.m. to the rollover.

Gering Police Capt. Jason Rogers told the Star-Herald that the crash occurred as Snyder drove westbound toward Gering on M Street and he attempted to turn north going on 21st Avenue. A witness estimated to police that Snyder had been traveling in excess of 60 MPH as he attempted to turn. The vehicle went through the intersection, traveled over 400 feet before hitting a utility pole, stop sign and a skid steer parked in the Murphy Tractor parking lot.

Rogers said the vehicle landed on its side after hitting the skid steer and then rolled over onto its top.

Two passengers in the car, Miguel Fernandez, 23, and David Nowatzke, 46, were transported to Regional West Medical after suffering injuries.

The convertible MiniCooper that Snyder was driving was owned by Fernandez and was totaled. The vehicle was impounded as part of the investigation.

Officers arrested Snyder after he was treated at Regional West.