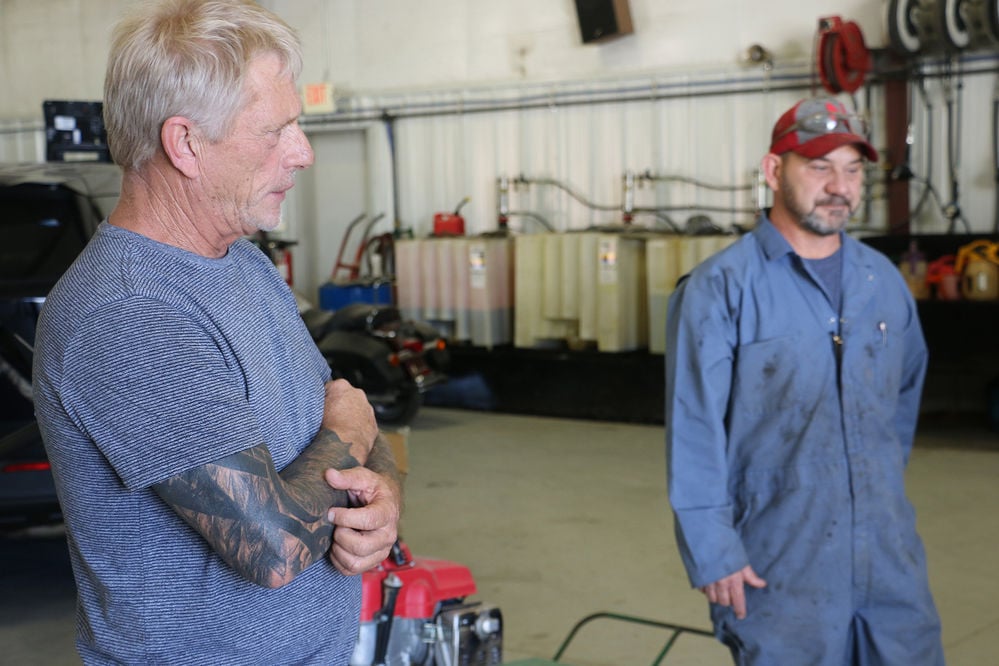 Scottsbluff Director of Public Works Mark Bohl, left, talks things over with mechanic Tony King at the Central Garage. A recent health scare has caused Bohl to look at what's important in life and look back at what he's helped accomplish. 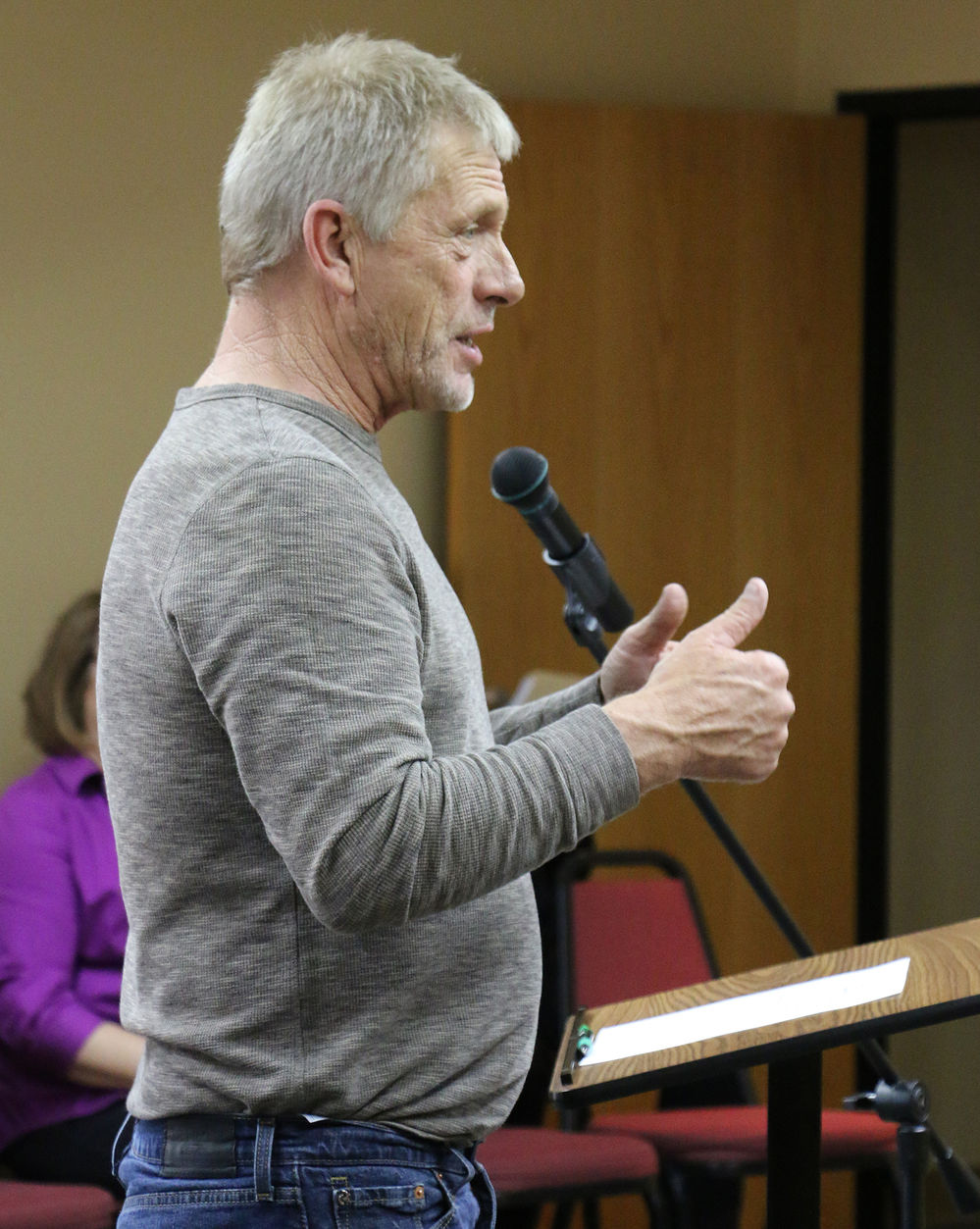 A recent health scare brought that even more into focus for the City of Scottsbluff public works director. Two heart attacks Nov. 7 came as a surprise to the normally healthy and active 62-year-old. He had done his normal routine that morning — up at 4:30 a.m., coffee and a shower. Then, suddenly he felt nauseous and started to sweat. He went outside on that cold, foggy morning to try to cool off. He went back inside, and his jaw and neck began to hurt, so he went to lay down and told his wife, Kathy, that there was something wrong.

Bohl had a second heart attack while in the emergency room before they were able to fly him to Loveland, Colorado, where a team was waiting to take care of him. After a few days in the hospital, he was released to come home and begin rehabilitation. He’s been cleared to go back to work on Monday. He remembers being in the hospital thinking about city projects that still needed to be completed.

“I’ve learned through this little ordeal for this last month that I’ve had some time, you know what, that job’s secondary,” Bohl said. “You’ve gotta get back to still doing what you, but that’s an eye-opening experience.”

Today, Bohl said it’s important to get the word out and encourage people to be aware of potential health issues.

“If I can teach anybody anything about a heart attack, and I don’t know a lot about how and why they happen, but if you’ve got any of the signs or symptoms, get it checked,” he said. “I had nothing that would have led me to think that there was anything wrong up until that morning. Know the signs and symptoms of a heart attack.”

With 45 years of experience in public works — the last 27 with the City of Scottsbluff after 18 years with Scotts Bluff County — Bohl looks back on projects such as widening 27th Street, improving Fifth Avenue, 42nd Street and the Broadway/South Beltline intersection as major projects that he’s proud to have helped complete. He’s looking forward to the completion of the Monument Valley Pathway and a school safety zone project. In all things, Bohl compliments the city councils he has worked with and the staff he has had around him before taking any credit himself.

“Anything in these projects is due to others,” he said. “I just do the planning and secure the funding. Everybody else, they go out and do those things. Kudos to the employees and kudos to the contractors. I’m just the money man and the idea man. I don’t physically do the improvements, that’s the experts. I’m just the guy that’s going to make sure it gets done according to the specs and the money allotted and make it the project that everybody wanted it to be.”

“Mark is a very genuine and humble person that doesn’t like to take credit, but often he should receive credit for what he and his staff accomplish continually,” Johnson said.

“Mark Bohl is an awesome public works director who cares deeply about his community,” Gonzales said. “He is respected by his peers and always willing to help when and where he is needed.”

When Bohl decides to retire, he wants to make sure he’s leaving things in good shape.

“I’m trying to make sure that when I leave here that I’ve left a good legacy, that I’ve left things better than when I came here,” he said. “That’s my goal is to leave it better than what I had and hope it helps the next guy continue it on and keep growing and making it better infrastructure. ... I care about the city. When I take a job, they get 110 percent. It’s not half done, it’s probably overdone. I’m gonna give 110 because that’s what I do.”

Not that he sees himself walking away any time soon.

“I’m not ready,” he said. “Hopefully, I’m gonna be fine. I hope this was just a freak thing to just kind of hit me in the head and say, ‘You need to slow up.’ It was a sign. There’s always a reason for things. Whatever happens from this heart attack on, it’s been a good run, and I think we’ve accomplished a lot. I’ll take and play with the hand I’m dealt now. Hopefully, it’s the aces, but we’ll see.”