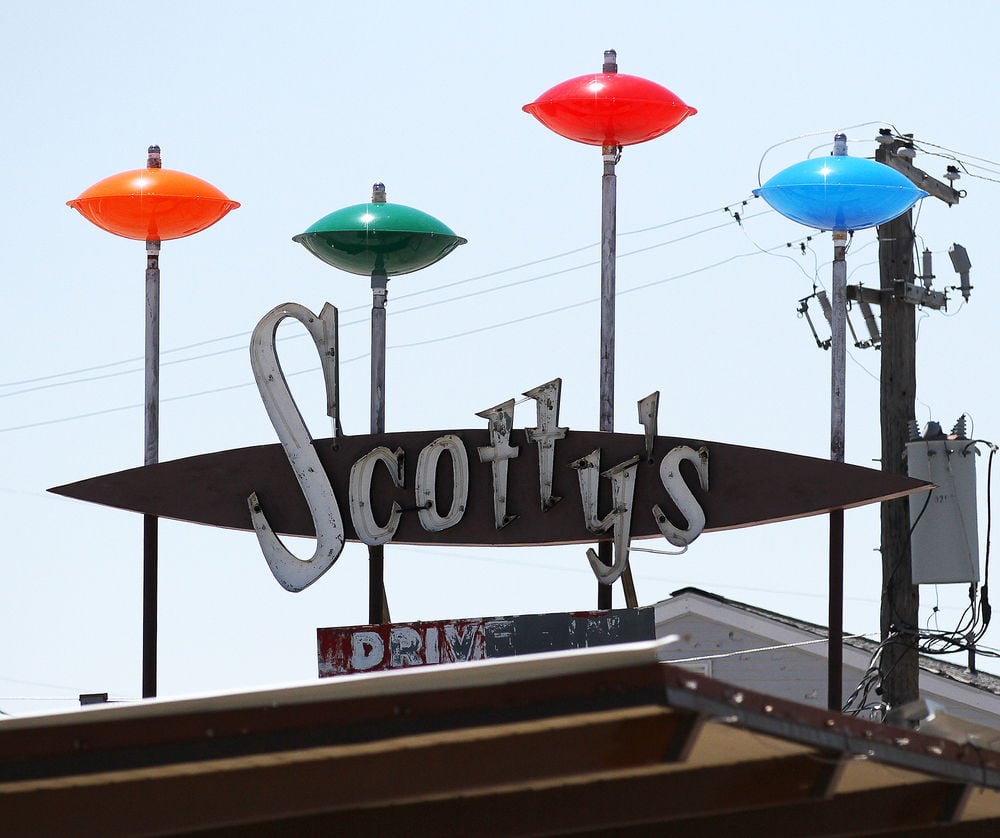 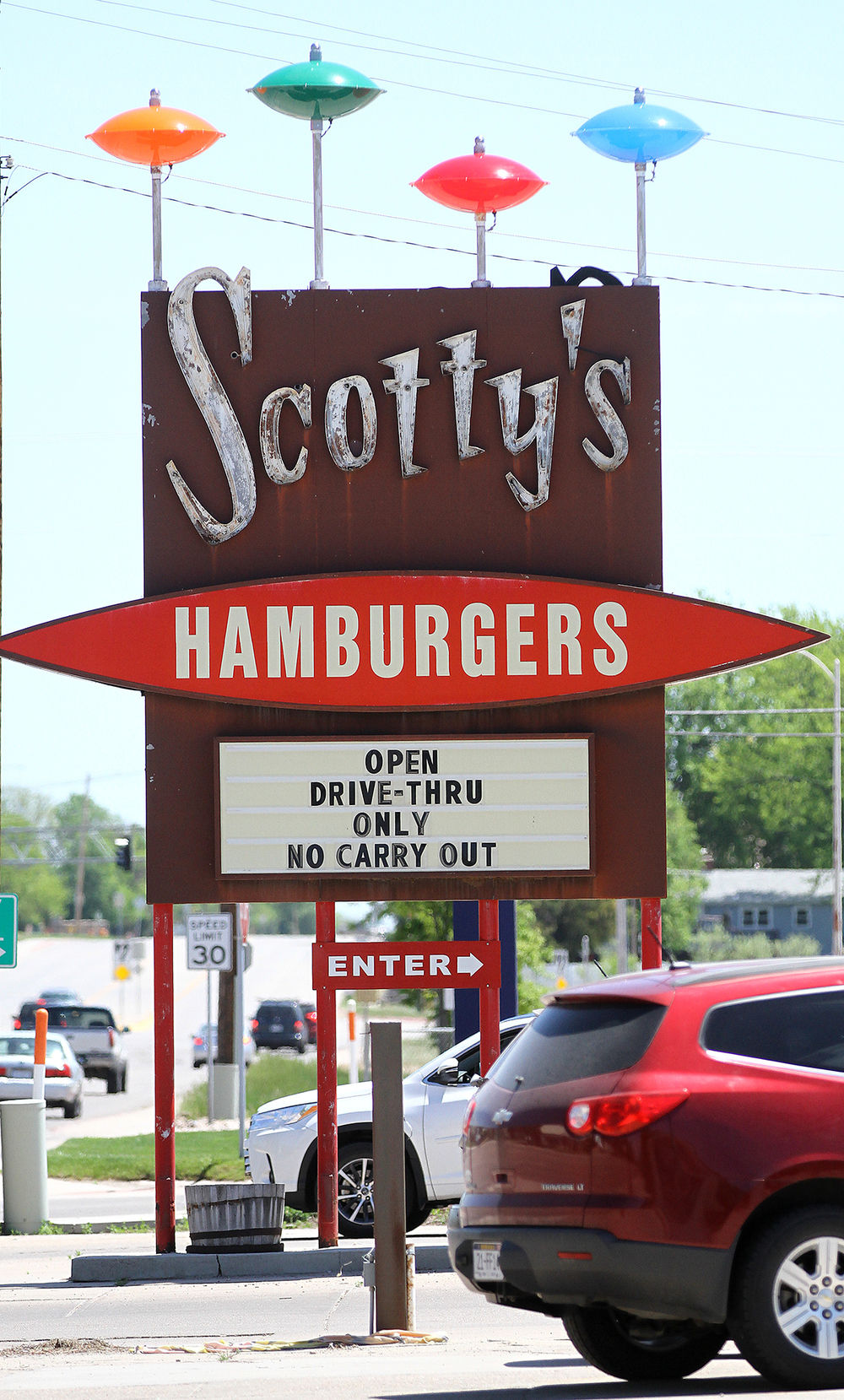 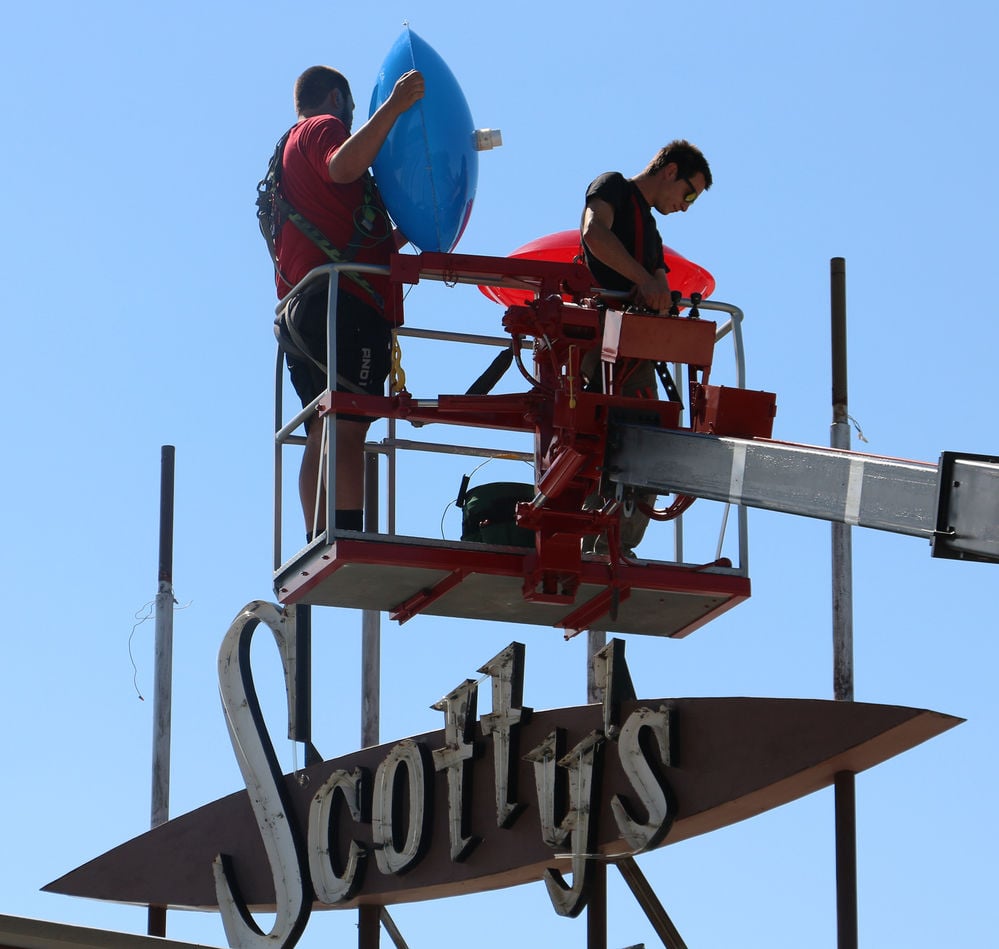 Brothers Aaron (left) and Jacob Aguallo work to replace the satellites on top of Scotty's in Scottsbluff. Ferguson Signs has replaced the satellites three times in the past 21 years. The satellites have been a part of the building's exterior since it opened.

Brothers Aaron (left) and Jacob Aguallo work to replace the satellites on top of Scotty's in Scottsbluff. Ferguson Signs has replaced the satellites three times in the past 21 years. The satellites have been a part of the building's exterior since it opened.

The lighted saucer/satellites on the Scotty’s restaurant building and sign on 27th Street seem to have taken a beating lately, but they went back up with a fresh look Friday.

Scotty’s owner Allen Haun said the satellites are a part of the restaurant’s iconic look, and have been there since the restaurant opened in 1963.

“This gets back to the original, good ol’ Scotty’s,” Haun said.

Since the original saucers went up in 1963, the look has become somewhat of an institution on 27th Street.

“That’s what they tell me,” Haun said.

Michael Ferguson of Ferguson Signs said his company has replaced the signs three times now since 1999, typically because of hail. A storm in 1999 damaged the satellites, One month after they were replaced in 2001, another storm came through and knocked them out again. The August 2019 hail storm caused more damage.

“That’s what really destroyed them,” Ferguson said. “They were kind of broken up and in disarray for the last couple of years, so they were already ready to do something.”

'Students will return in the fall': Scottsbluff school administrator shares plans for reopening