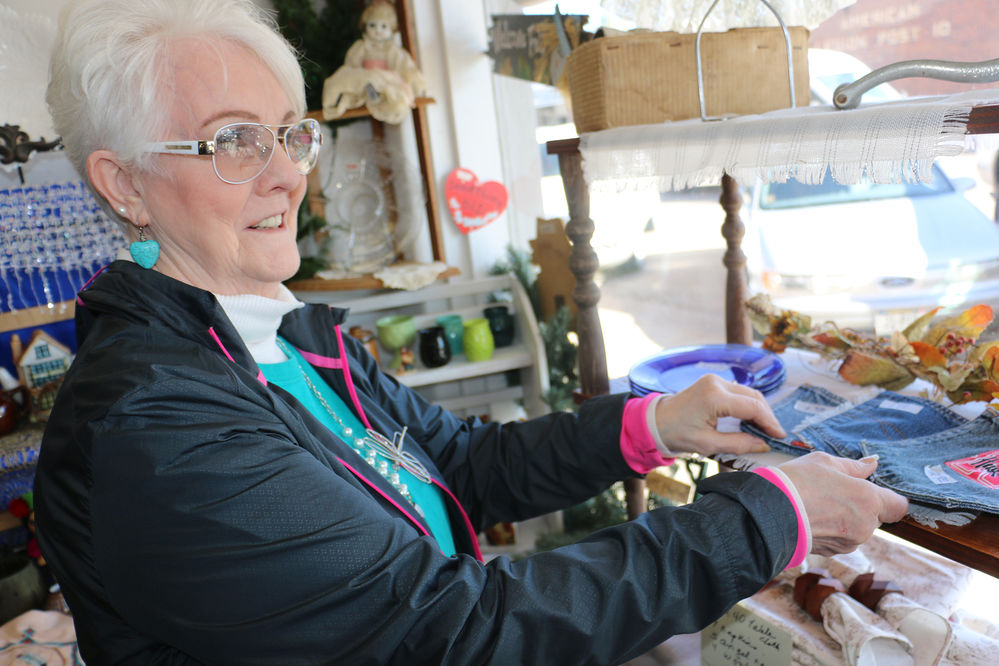 Carol Wells works with items in the Morrill Mall store. The store is open two days per week and is part of Morrill's downtown business community. 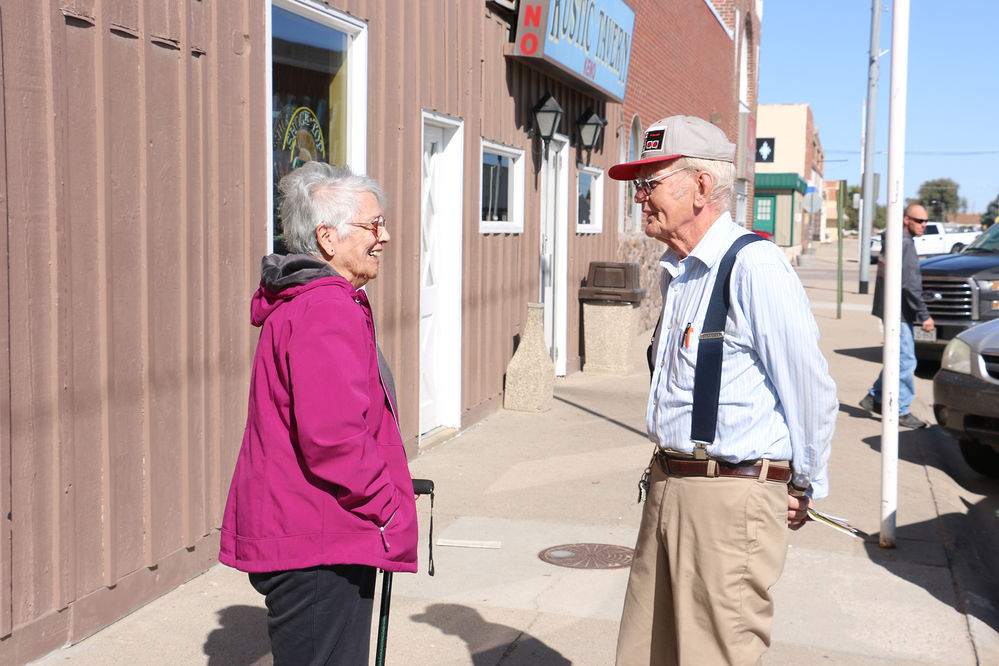 Margaret Delgado and Harold Webb stopped to talk on Center Avenue in Morrill. Morrill's downtown area stays active with the businesses located there. 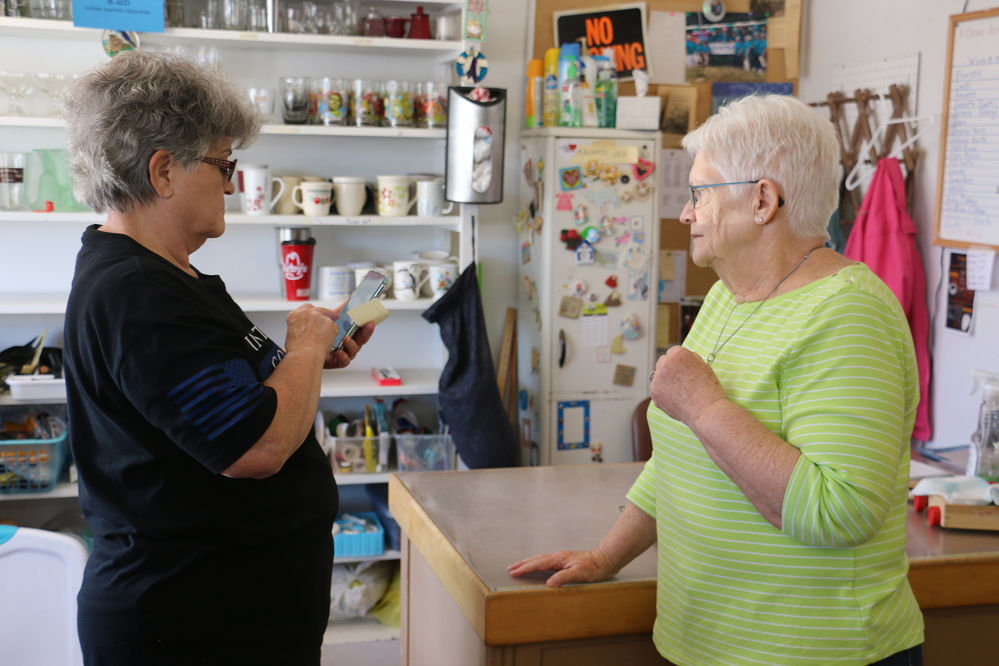 Donna Cozad, left, and Cindy Larson talk things over at the Morrill Mall store. The store is open two ways per week and is part of the Morrill downtown community. 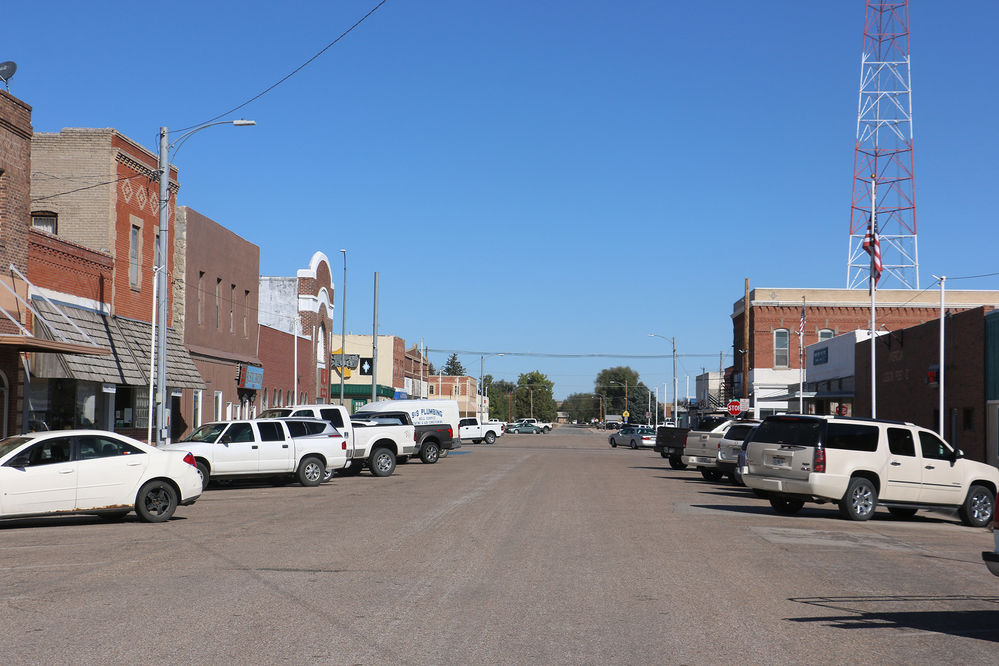 Center Avenue is a busy place most days as the hub of downtown Morrill. 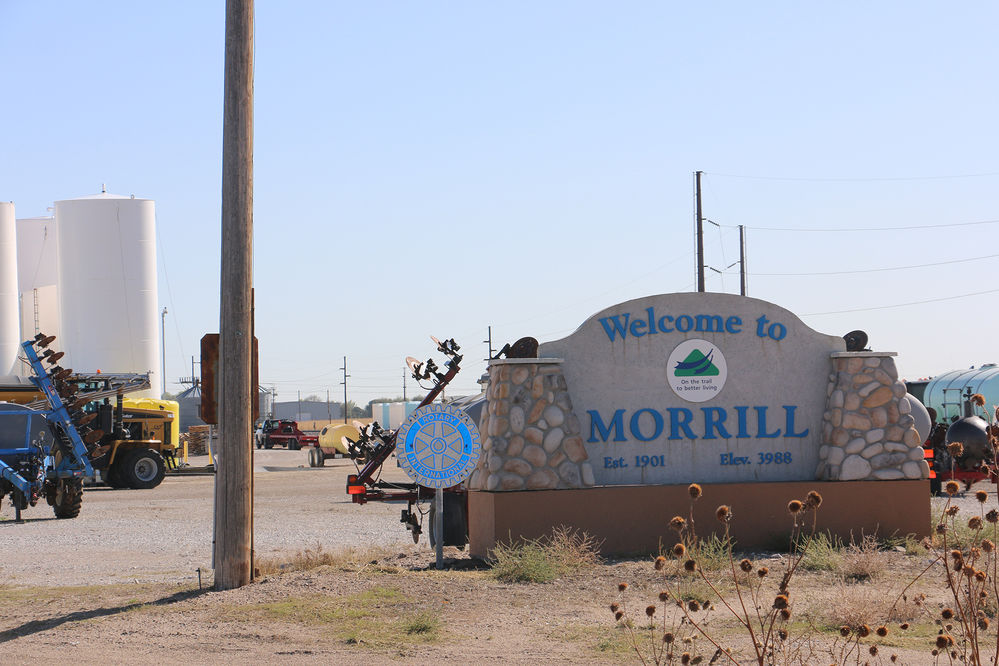 Visitors entering Morrill from the west are greeted by this welcome sign. 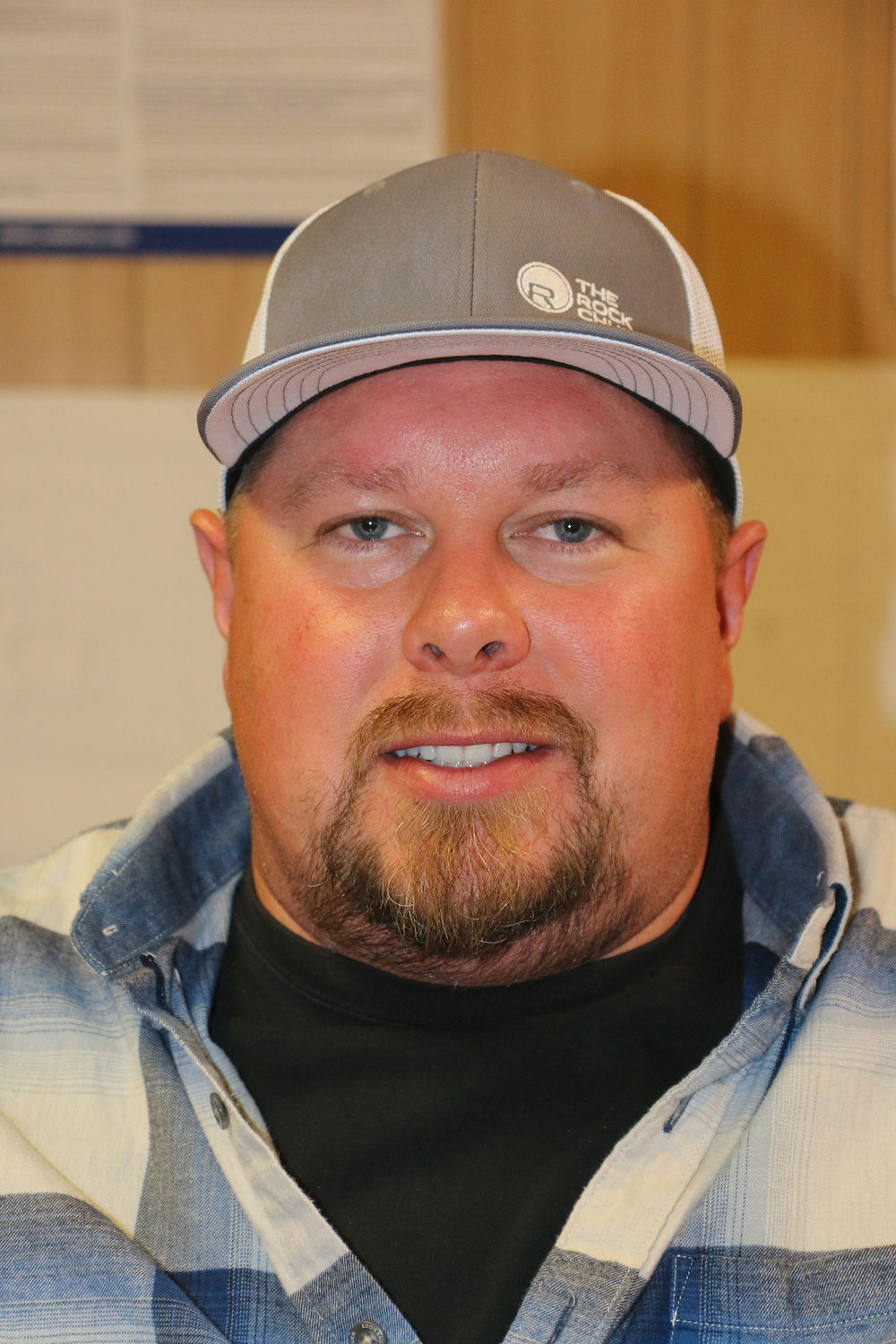 Carol Wells works with items in the Morrill Mall store. The store is open two days per week and is part of Morrill's downtown business community.

Margaret Delgado and Harold Webb stopped to talk on Center Avenue in Morrill. Morrill's downtown area stays active with the businesses located there.

Donna Cozad, left, and Cindy Larson talk things over at the Morrill Mall store. The store is open two ways per week and is part of the Morrill downtown community.

Center Avenue is a busy place most days as the hub of downtown Morrill.

Visitors entering Morrill from the west are greeted by this welcome sign.

MORRILL — Successful strategic planning has enabled the Village of Morrill to stay ahead of the game and maintain a solid base for its residents.

Over the last five years or so, Village Board Chairman Tony Schuler said Morrill has used planning to stay ahead, keep paying for projects and keep money in the bank without additional borrowing.

Potential Community Development Block Grants coming up would help with alleviation of stormwater problems as well as provide funding for an Owner Occupied Housing Rehabilitation program. For income-qualified households, there could be assistance up to $25,000 per home to help renovate and bring them up to a minimum standard, make them more livable, address energy-efficiency issues and also address accessibility issues for handicapped individuals. Morrill is applying for $252,000 through the housing rehabilitation grant. There have been 25 residents express interest in the program. Those applications will be sorted out providing that the grant is approved.

A $435,000 grant for the stormwater system would help with drainage by replacing an existing 36-inch pipe system with one double its size as well as work on a culvert to more effectively move water away from the town during heavy rains.

“It’s been something the town has really wanted for quite a long time,” Schuler said. “It’s just, how do you fund a stormwater project when you get rain three, four, maybe six times a year that actually causes enough problems to where it’s backing up in town?”

Schuler said the board has been reluctant to pursue the stormwater system upgrade because there are limited days when it comes into play where projects such as roads and infrastructure have more daily impact on the residents.

The Morrill Schools recently put in a preschool program, making it so that kids could essentially be in the school’s system from around age 1 through high school graduation. The village board is also looking into a program for a school resource officer to improve student safety.

The city-owned Rolling Greens Golf Course has reduced membership fees to increase usage, and Schuler said that change has been successful in bringing people from surrounding towns to Morrill for the golf.

“They’re coming to Morrill,” he said, “so does that mean they’re spending money in Morrill? Of course. They may stop at the mini mart then come to the restaurant and have dinner, so that is money that is coming to your taxes and back to town. That’s huge.”

Businesses are maintaining success within the community, Schuler said, with a new flower shop and a new coffee shop opening within the last couple of years. Watson Manufacturing, Kelley Bean, Simplot, WESTCO and many other long-term businesses have continued to stay strong as well. A number of businesses on Center Avenue provide a strong base for the downtown community. D-L Foods remains as a local grocery store so residents don’t have to go out of town for their shopping.

“There’s not a business in town that isn’t appreciated,” Schuler said. “All these businesses mean a lot to Morrill. The City really appreciates them, and the more we can do to work with them, the better off we are as a town.”

Struggles with layoffs at Union Pacific railroad have impacted Morrill, but Schuler said those layoffs quickly become a regional issue, not just a Morrill issue.

“It’s county- , valley-wide,” he said, “and that’s a hard issue. There’s people that work there from Lyman, Scottsbluff, Gering that definitely are affected. Then with that you’ve got other businesses that are hurting because those people don’t have money to go buy new vehicles. Churches or whatever that those donations aren’t coming in to. That makes it difficult, not just for the Village of Morrill, but everywhere.”

Seeing and protecting the future of Morrill is an ongoing challenge, Schuler said.

“That’s something that we battle every day,” he said. “Just trying to keep our budgets to a minimum, but yet keep things improved to where people want to stay.”