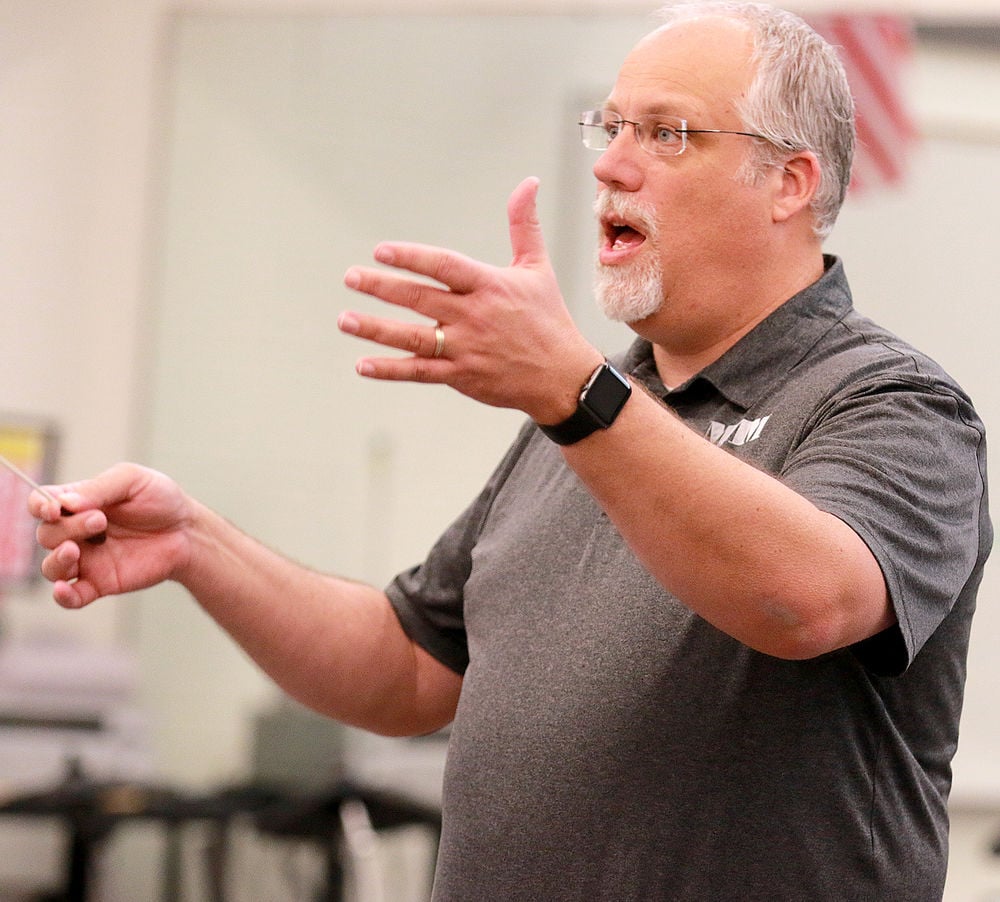 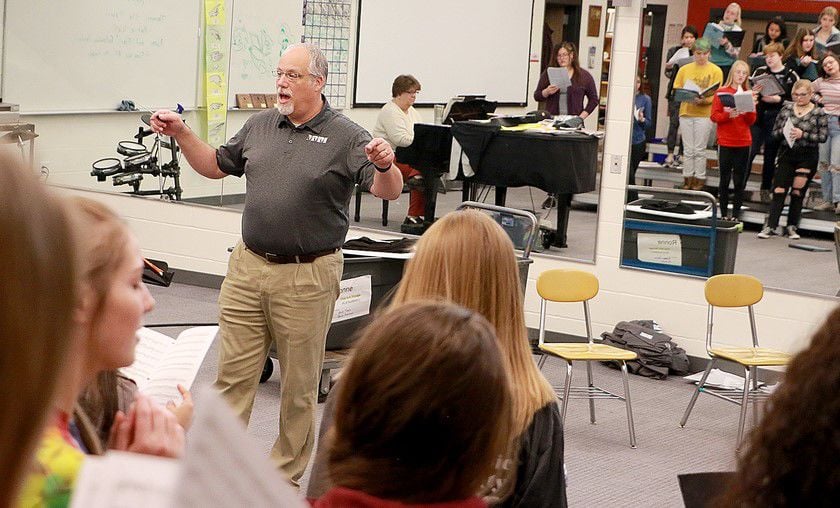 Brad Ronne has been sharing his love for music with students for 25 years. His passion for teaching was recognized for his outstanding service as Nebraska’s National Federation of State High School Association’s (NFHS) 2019-20 Outstanding Music Educator of the Year.

“I was very surprised to be selected for this honor,” Ronne said. “When I looked at the names of the previous recipients, I saw many really amazing music educators and I was very humbled to have my name added next.”

While Ronne is honored for the recognition, he said being surrounded by supportive colleagues and administration played a role.

“There are so many people who are a part of the great success at Scottsbluff High School that I feel funny accepting an award without them being listed as well,” Ronne said. “Barb Becker, our accompanist, is such a huge part of our success. We have a really supportive administration at SHS, outstanding music educator colleagues, and a strong creative team of adults for our musical. All of them deserve a part of this award as well.”

Since beginning his teaching career in 1994 in Mitchell as a K-12 general music teacher, his teaching philosophy is not to teach music.

“In my program, I always try to not teach music, but rather teach students through music,” he said.

As he shares his knowledge of music with his students, Ronne said he discovered his interest for it halfway through high school.

“In high school, I was not in choir until halfway through my junior year,” he said. “It was a passionate music educator who inspired me on how exciting and life changing a choir program can be.”

From that experience, he wants to become that inspiration for his students that his music teacher was for him.

“Brad spends countless hours of time in his work to benefit his students and the SHS community is thrilled that he has been recognized by the National Federation, the NSAA, and NMEA for the quality of work that he provides to his students,” Halley said. “We are very happy for Mr. Ronne and thrilled that he is an SHS staff member.”

For seniors Antonio Cortez and Anna Harveson, Ronne is more than a music teacher.

“He’s taught me more than just music,” Harveson said, holding back tears. “If you fail, he taught me to pick myself up and make myself a better person from it.”

Cortez said Ronne is more of a father figure for him, who inspired him to get more involved in the choir.

“I started helping in the band and Mr. Ronne influenced me to get more involved in the choir,” Cortez said. “Even if you aren’t spotlighted in the choir, it impacts you being a part of this family.”

When Harveson and Cortez learned of Ronne’s selection as outstanding music educator of the year, they felt it went to a very deserving teacher.