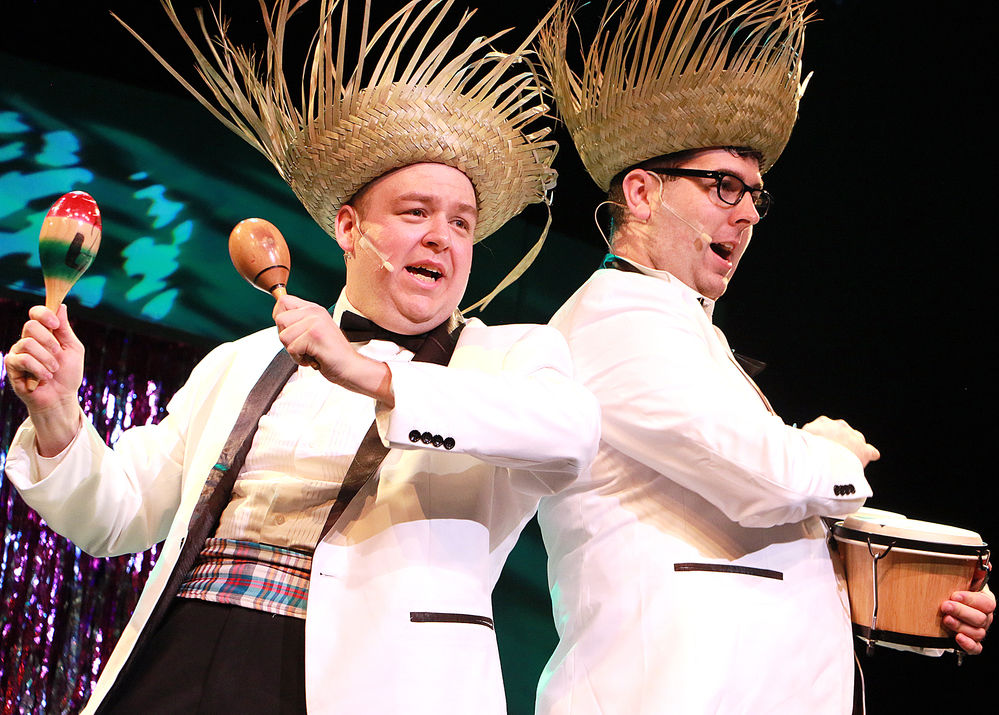 Sparky, played by Ty Hebbert, and Smudge, played by Caleb Long play the hand drums and maracas as they perform Day-O by Harry Belafonte. The Forever Plaids performed their whole show in front of a live audience after dying in a car crash 55 years ago. 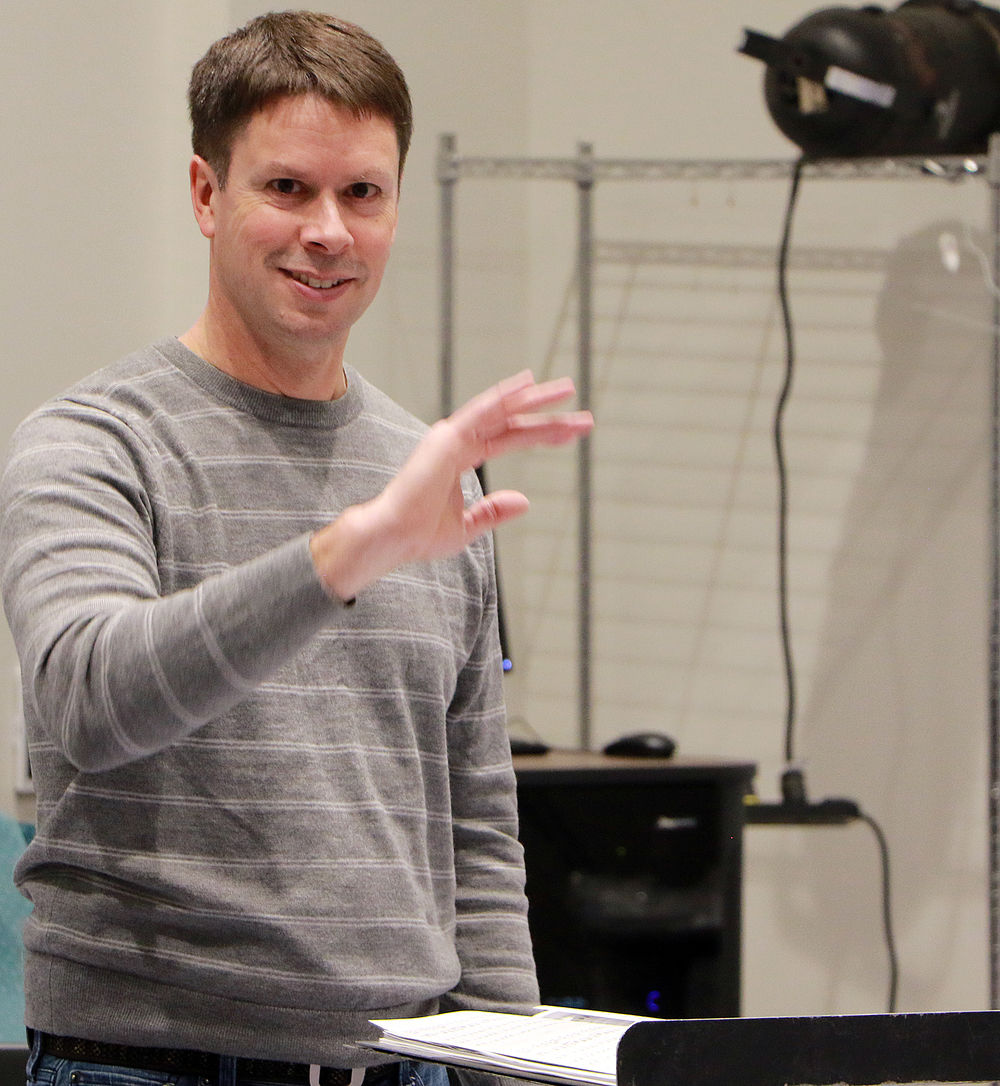 Western Nebraska Community College choral director Patrick Newell will return as a judge of Theatre West’s Voice in the Valley for the second year.

“We wanted a way to reach talent in the are that may not have known about Theatre West before, and last year, our turn out was extremely successful,” judge Lauren Newell said.

During the blind auditions, contestants will perform a 90-second clip of a song as four judges listen with their backs to the singers. If they like what they hear, they will hit their button and turn to face the singer. After the performance, the singer will choose which judge to work with, with the hopes of gaining the interest of multiple judges. Should no judge turn around, the contestant will not advance to the semi-finals.

Wagner is known throughout the area as a singer, entertainer, and advocate for WNCC. Now working in admissions for the college, she often uses her music to draw new students to school.

“I was a single mom, not sure how I was going to pay for my education when I met Dr. Nat Johnson,” she said. “He said he was able to provide me with a full scholarship to sing with the college bands, and I’ve been doing that ever since.”

Aside from being an exciting showcase of local talent for singers and music lovers, Voice in the Valley has changed the lives of participants. Patrick Newell has awarded full tuition scholarships to outstanding vocalists and plans to continue providing that opportunity.

“I plan to do the same this year, if we have any outstanding students,” he said. “It’s a great way to use our positions to help further education.”

In addition to the four judges, also joining the team is Caleb Long, a Theatre West company member over the last two years from St. Louis, Missouri. Long portrayed Lord Farquaad in Theatre West’s 2019 production of "Shrek" and Willard Hewitt in "Footloose" from the 2018 season. He is flying in to be the hilarious emcee for the competition.

After the blind auditions on Jan. 10 and 11, the semi-final and final rounds will take place the following weekend, Jan. 17-18 at the Elks Lodge in Scottsbluff. Each night of competition begins at 7 p.m. Tickets are $5 per person at the door.

The Voice in the Valley is open to all ages.

Scottsbluff looking at potential projects as it needs to spend $3.45 million