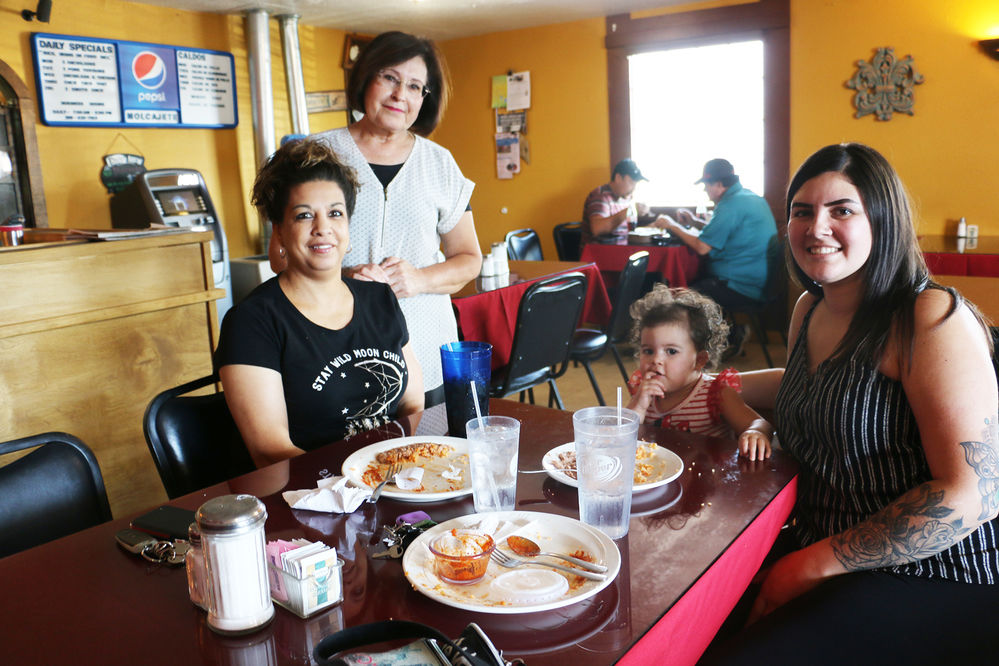 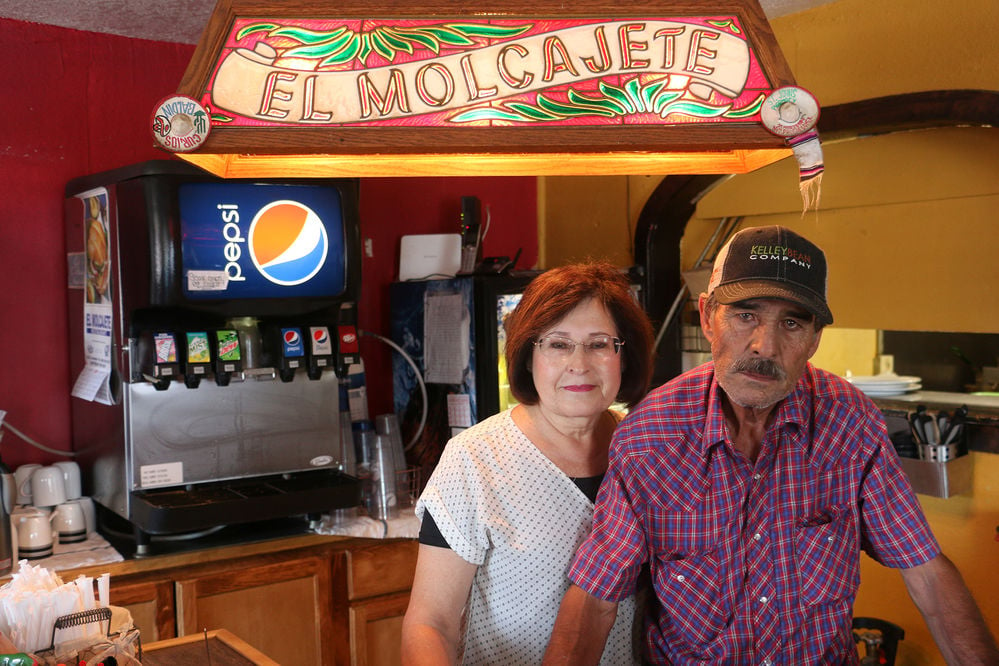 Elena and Ramon Pedroza have owned El Molcajete on East Overland in Scottsbluff for more than five years. 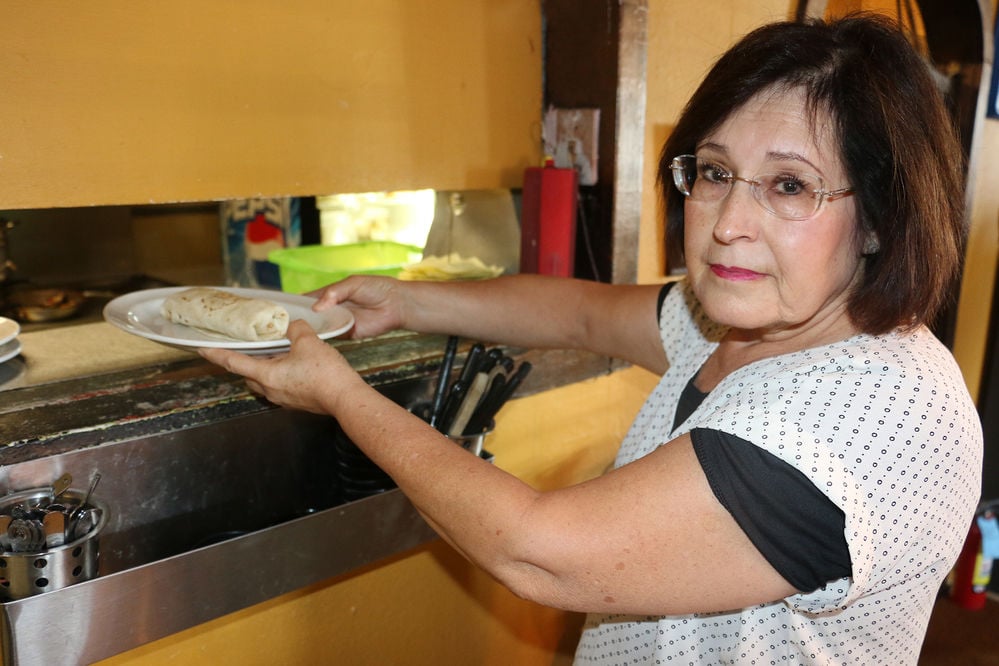 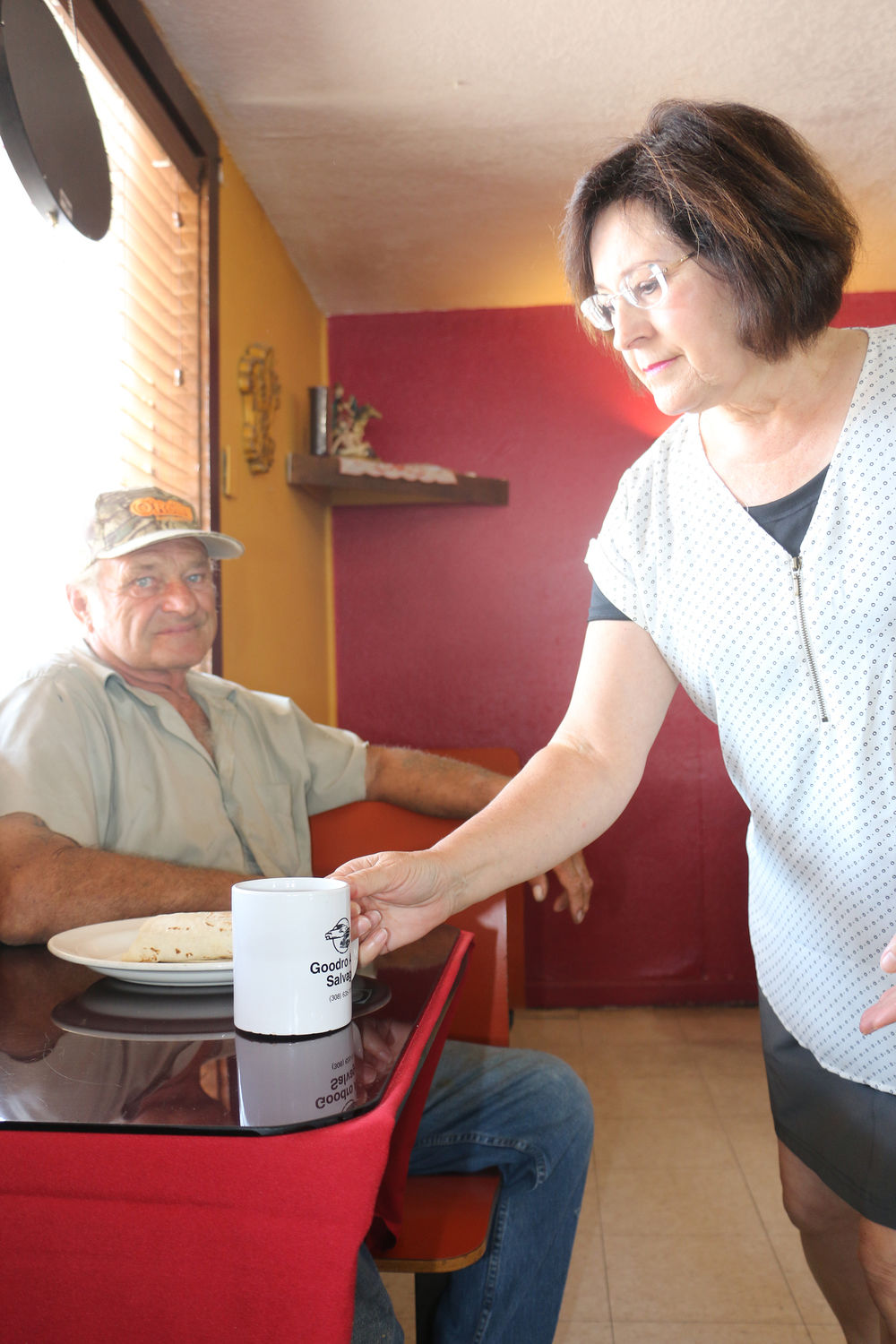 El Molcajete owner Elena Pedroza serves one of her frequent customers. Buck Goodro sayd the restaurant is his favorite place to eat. 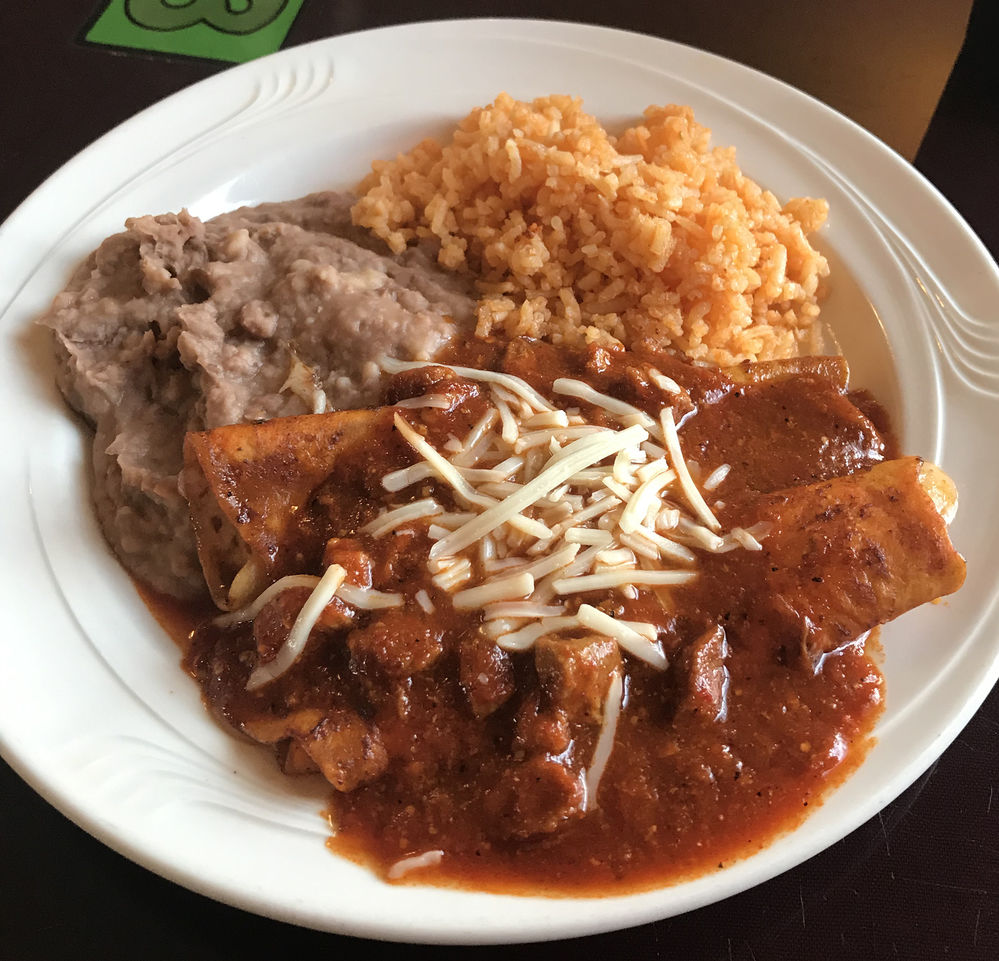 The smothered enchilada plate from El Molcajete in Scottsbluff. 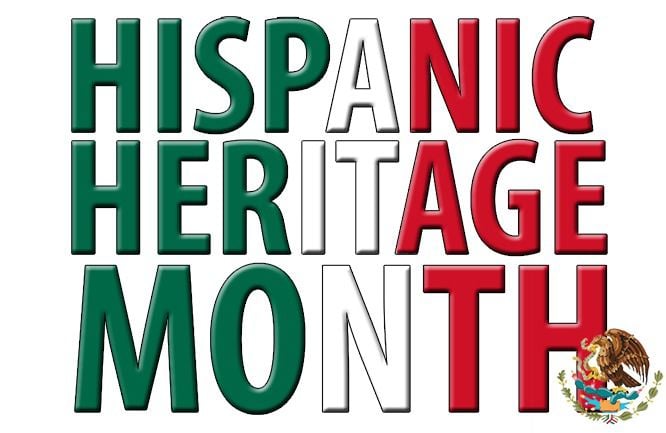 Elena and Ramon Pedroza have owned El Molcajete on East Overland in Scottsbluff for more than five years.

El Molcajete owner Elena Pedroza serves one of her frequent customers. Buck Goodro sayd the restaurant is his favorite place to eat.

SCOTTSBLUFF — As the lunch crowd shuffles in, most are greeted by name and with a handshake or a hug from El Molcajete owners Elena and Ramon Pedroza.

Offering traditional Mexican food at its location on East Overland since the mid-1990s, El Molcajete has undergone some recent facelifts to the outside and interior of the building, but the food has remained the same since Ramon’s sister Patricia Pedroza purchased the building that formerly housed Mi Ranchito and other various restaurants. Elena and Ramon purchased the restaurant in 2014 and have kept the menu consistent. The food is what keeps the customers coming back.

“It’s been the family recipes,” Elena Pedroza said. “We have kept everything the same way (Patricia) had it. Of course, we have added things here or there, but it’s mostly the same recipes as when it first opened.”

Those recipes include a wide variety of offerings, all made fresh daily.

“It’s very authentic,” Elena said. “Everything is made fresh every day — everything that we can. We make our own corn tortillas here, and our flour tortillas are made at La Plaza Tortilleria, which is owned by my son, so it’s in the family as well.”

The nine employees, including cooks who have been around since the opening, keep the business going. Elena and Ramon are on hand to help as well. Elena worked a day job as an insurance agent up until she retired in December.

“I loved my day job, I kind of still miss it,” Elena said. “It was almost five years that I worked two jobs. Go to work in the morning, then come here, and then my husband would come in for the morning. My daughter and son-in-law (Elizabeth and Arturo Martinez) also are the weekend workers.”

El Molcajete and many other businesses along East Overland have used matching grant dollars from the City of Scottsbluff to do renovations. El Molcajete replaced its building exterior with a new stucco surface.

Inside, an old furnace has been replaced, a new front counter added and new paint and flooring complete the refreshed look.

“I think most of the businesses have done a good job (with renovations),” Elena said. “I think East Overland has improved quite a bit.”

Elena said she enjoys talking with her customers and serving them recipes from Mexico for that authentic flavor.

“I tell my people here that if we have good food, a clean place and good service, what else do we need? And we try very hard to do that,” she said.

What does Martin Luther King Jr. Day mean to you? Community members reflect