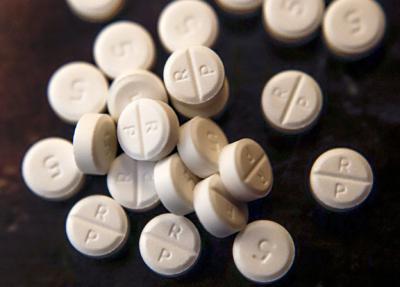 As the opioid epidemic in the United States grows, local communities are left to deal with the effects.

The AP also found that the opioids distributed in the U.S. during those seven years were enough to provide every man, woman and child the high threshold daily dose of the drugs for 17 days each year -- and had risen to nearly 20 days in 2012. In some counties, prescriptions were so out of control that numbers were six times that.

Use our search below to find county and state information for 2012 on the type and number of pills prescribed. click on the "Details" link to learn more about the strength and suppliers of these drugs.

Data provided by the Associated Press and Washington Post.

As the nation's opioid crisis grew, the pills got stronger

WASHINGTON (AP) — In 2012, as the death toll from the nation's opioid crisis mounted, drug companies shipped out enough of the powerful and addictive painkillers for every man, woman and child in the U.S. to have nearly a 20-day supply.

How prevalent are opioids in your community?