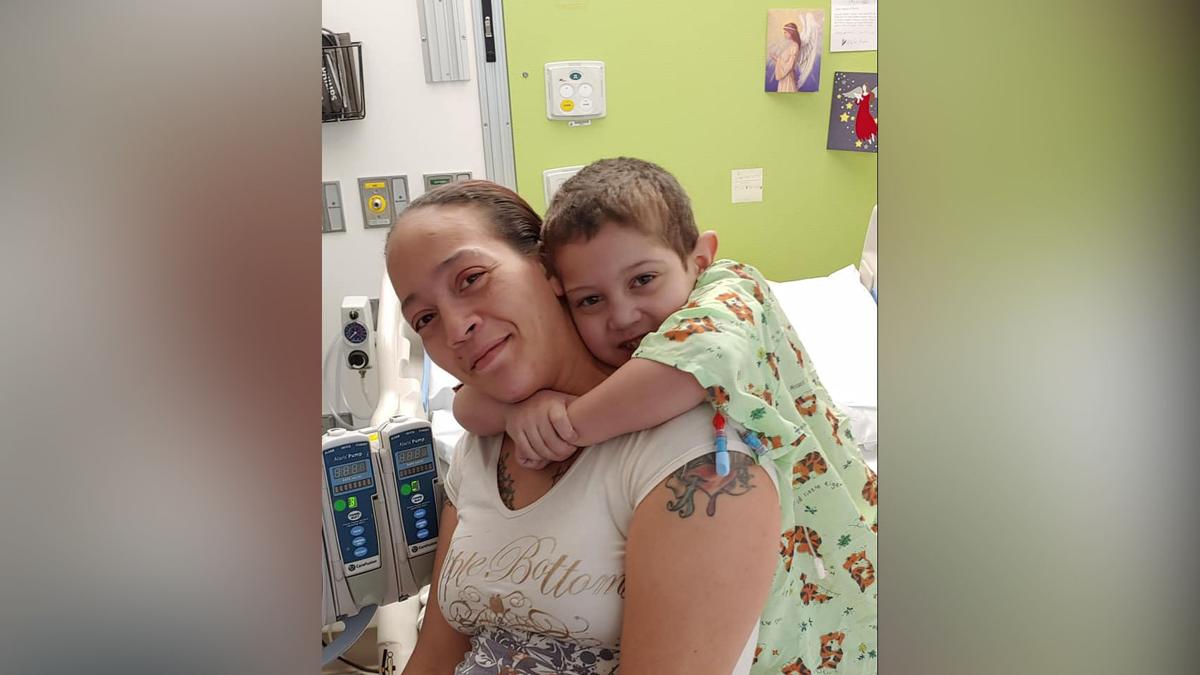 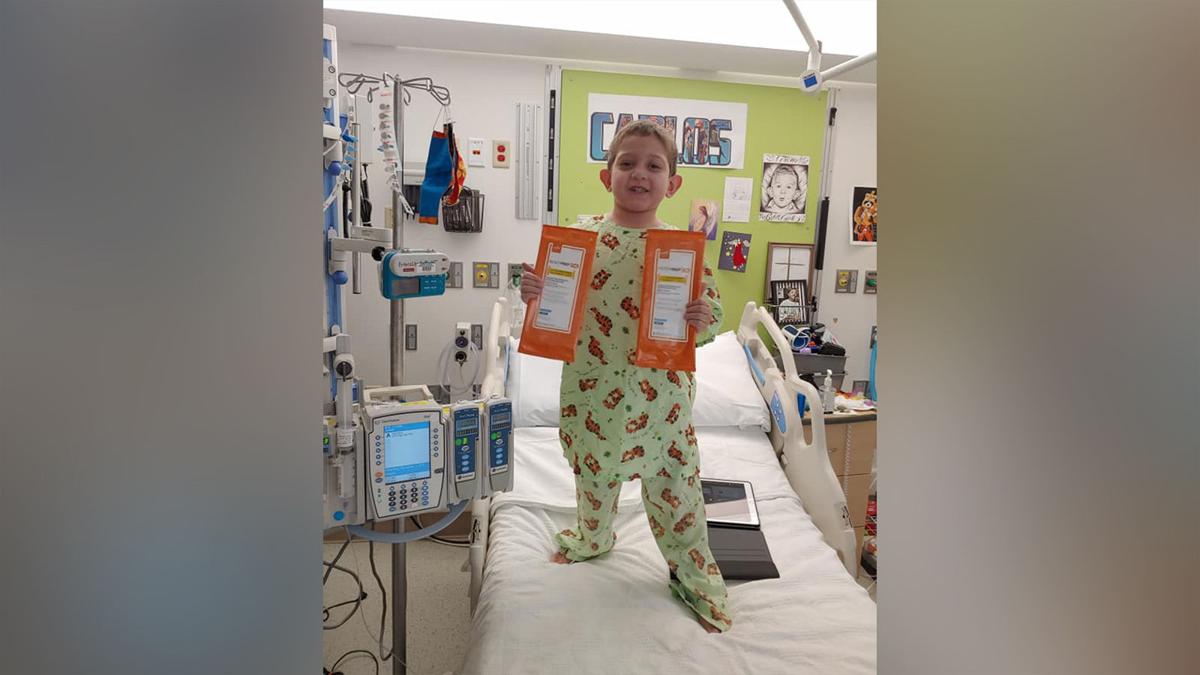 Carlos Rolon stands in his hospital bed before he went into surgery to get a new heart. 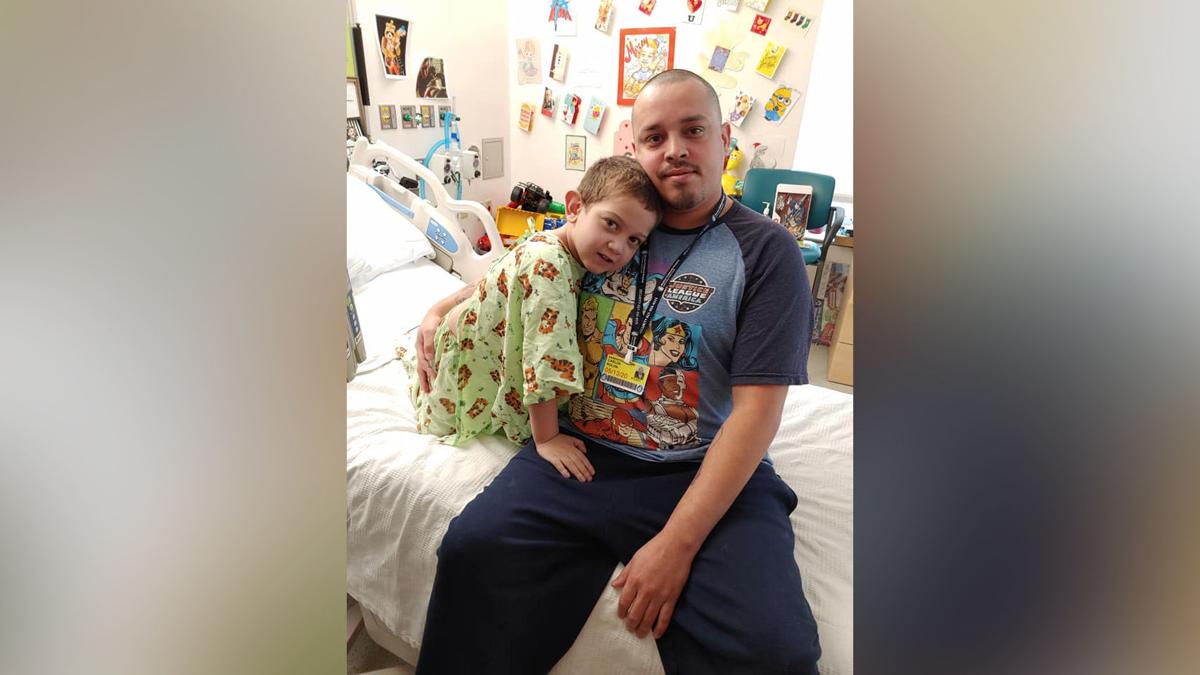 Carlos Rolon poses in his hospital room with his father, also named Carlos.

BOSTON — Carlos Rolon had been on the transplant list for four years, and now the 6-year-old has got a new heart.

Carlos was still in intensive care at Boston Children's Hospital after Friday's surgery, but Cossette said hospital staff hoped to be able to remove his breathing tube soon.

The boy came out of surgery before midnight, and his mom said she could see a difference right away.

"My first reaction was his color" because his skin had a bluish-gray tone before the surgery. "When I looked at him, his color was amazing," she said.

Cossette said his breathing seemed much smoother and his oxygen levels were at 100%.

Carlos was born with an abnormality in his heart chambers called unbalanced atrioventricular canal defect, and had four open heart surgeries before he was 2 years old, his mom said.

He went on the transplant list in 2016, but he was still able to have a pretty normal life in Worcester, Massachusetts, and was even able to go to school.

Carlos got sicker last year and has been at Boston's Children's since Aug. 31.

Cossette talked to Carlos' primary doctor on Thursday because she was afraid that the coronavirus pandemic might delay him getting a transplant.

"A few hours later, he came up and told me he had one," she said. "And I think that was the biggest shock for me like, wow, it almost was so unreal."

Cossette and Carlos' father, whose name is also Carlos, aren't together but have been taking turns staying with him at the hospital.

The doctor came with the news just a few minutes before his dad arrived.

Both young Carlos and the donor had to be tested for COVID-19 before the transplant could go forward. CNN reached out to the hospital but has not been able to get any information about the donor.

Cossette said they waited until the tests came back negative to tell their son the news.

"His face lit up," she said, and he asked if that meant he'd be able to go home. "His biggest thing these last few weeks is he wants to go home. He misses his family. We are very big family and very family-orientated," she said. "And I said 'yes, after you get your new heart, you get to go home."

She said he might be able to go home in two or three weeks.

They won't be able to have that big family reunion right away, Cossette said, to protect him from coronavirus.

"We're going to quarantine when we go home. Yes, absolutely, because he has no immune system. His immune system was suppressed, and the biggest fear factor right after transplant is rejection," she said.

Cossette said she is grateful to the donor's family for giving Carlos a new chance at life.

Your guide to coping with COVID-19

Protests over police killings rage on in dozens of US cities