LINCOLN — Gov. Pete Ricketts has denied a pay raise to the head of the Nebraska Department of Natural Resources after an audit revealed that Jeff Fassett had used a state vehicle for personal trips and had falsified expense reports.

A governor’s spokesman said that Fassett, who is paid $152,000 a year, did not receive the salary increase of 2.3% that was granted to other Cabinet members in July.

Fassett also repaid the state $708 in expenses that were identified as improperly charged to the state, according to a June report by the State Auditor’s Office. 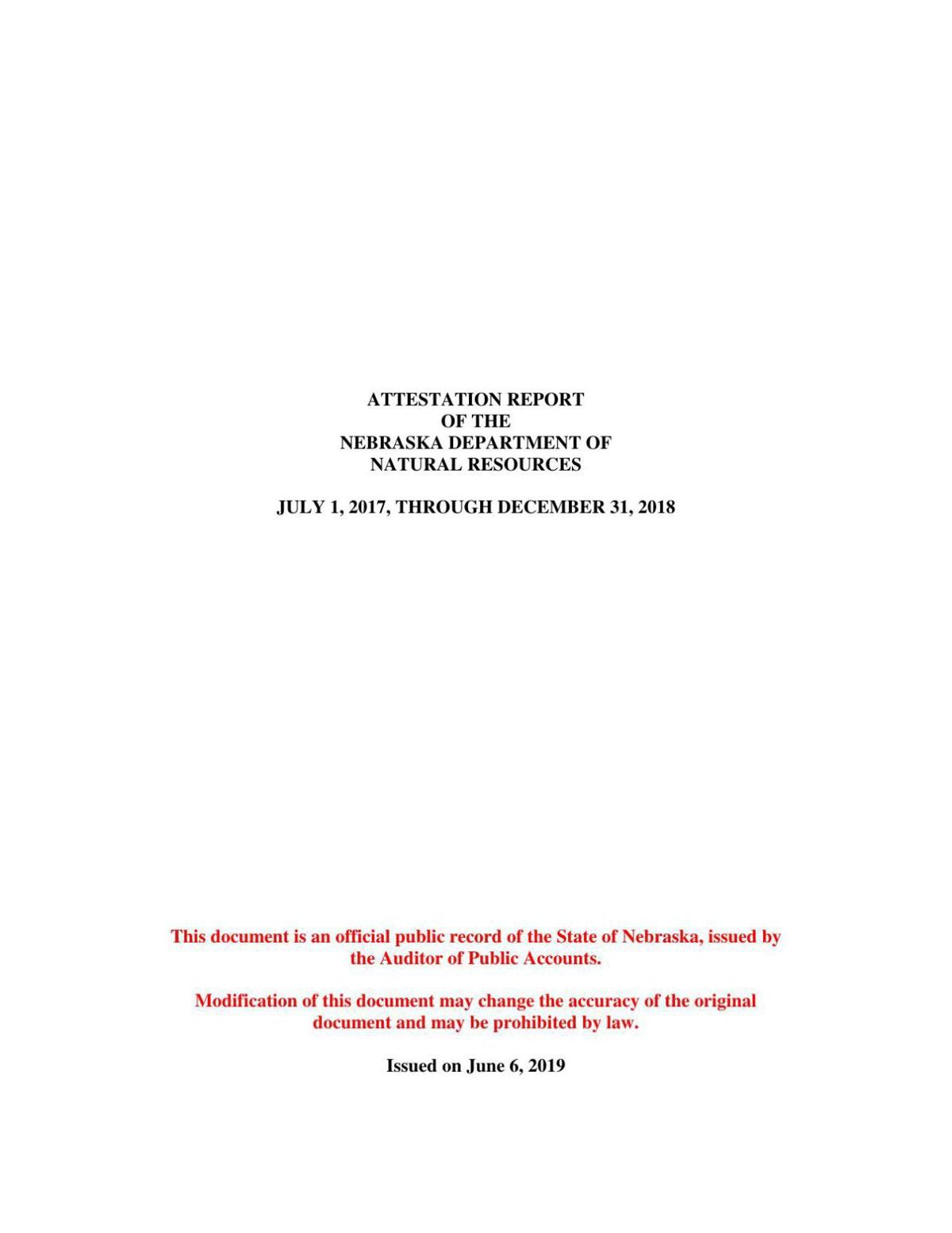 Ricketts promised a review following the audit, but his chief human resources officer found no additional misconduct, according to Taylor Gage, the governor’s spokesman.

Gage added that the audit findings were turned over to the Nebraska Attorney General’s Office and the Nebraska Accountability and Disclosure Commission and that “any further action would flow from their reviews.”

A June audit stated that Fassett had taken at least five questionable trips using a state vehicle involving hundreds of miles of personal travel and then falsified his expense reports, in apparent violation of state policies and state law.

Personal use of a state-owned vehicle is prohibited, according to state policies, and can result in dismissal.

Fassett, who has a home in Cheyenne, Wyoming, was permitted to work remotely from his residence to support his wife after she was diagnosed with cancer “as long as it did not impact job performance,” Gage said previously. Fassett’s wife, Fran Cadez, died on June 27.

The audit revealed that besides the questionable trips, Fassett had made 24 trips to Wyoming in an 18-month period.

In a statement this week, Fassett apologized for the improper use of a state vehicle and said he had “repaid in full” the costs that had been charged to the state.

The Natural Resources Department has a $35-million-a-year budget and more than 100 employees. It oversees the state’s surface water resources and dam safety, along with assisting local natural resources districts in managing the state’s groundwater.

Officials with both the Accountability and Disclosure Commission and Attorney General’s Office said they do not comment on investigations, unless they reach a finding of wrongdoing.

Colorado poised to become 22nd state with no death penalty

With Chuck Hagel as a main force, group of former senators warn of 'diminished state of the Senate'

Crafts can help refugees find community, and maybe a living