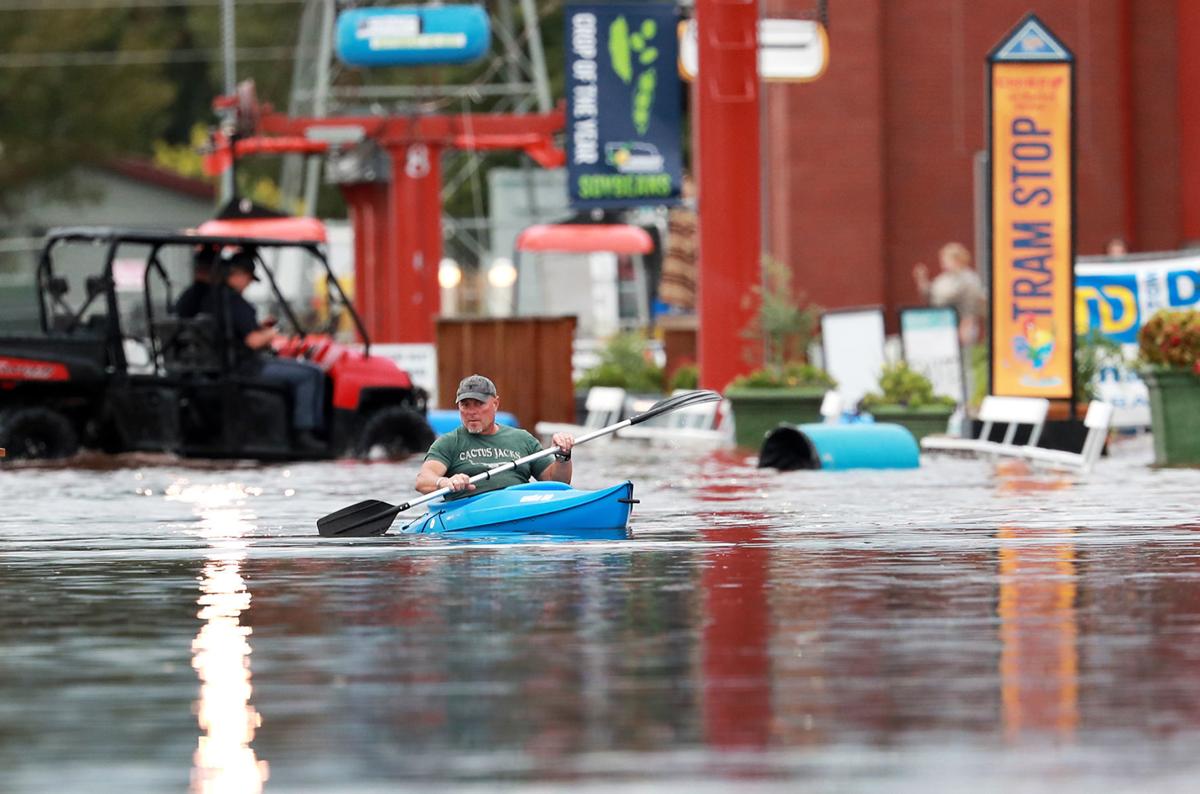 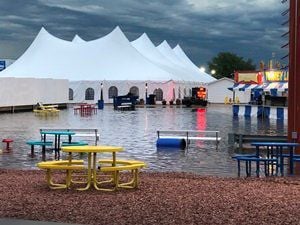 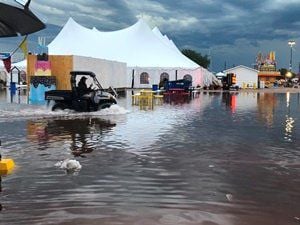 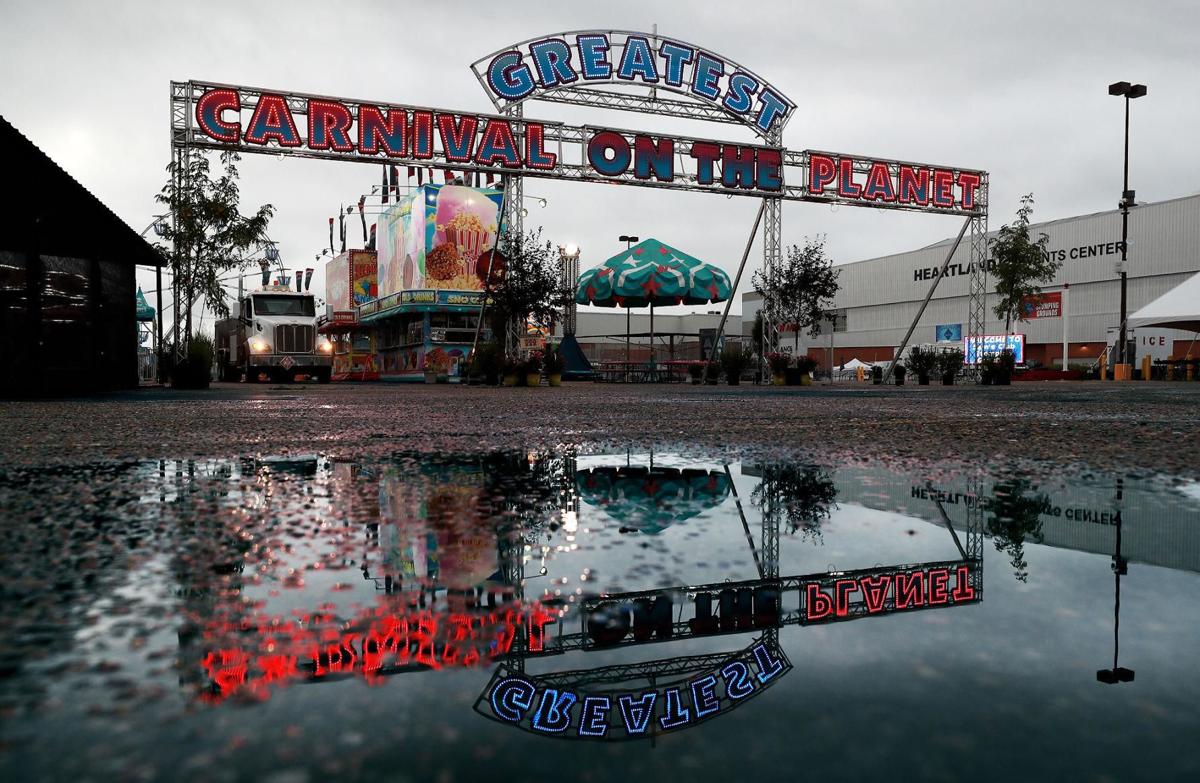 LINCOLN — Heavy rains in Grand Island early Monday morning flooded the state fairgrounds, but officials said that most of the show will go on later in the day.

One storm chaser posted a photograph of a fair vendor kayaking in a lake of water on Monday morning after nearly 2 inches of rain fell around 6 a.m. at Fonner Park, the home of the Nebraska State Fair.

"We experienced a deluge," said Lori Cox, the executive director of the State Fair. "We certainly could not predict anything like this."

Cox said that most of Monday's activities will go on as scheduled, though a shortage of drivers for shuttle buses may slow the entry of fairgoers.

During a 10:30 a.m. press conference, she said that most of the storm water had receded, but that the floodwaters will mean that high school marching bands will not be able to march through the fairgrounds.

Monday is "Older Nebraskans Day." A concert scheduled at 11 a.m. will go on as scheduled, and all food booths are open, Cox said.

Rainfall in the Grand Island area has been nearly a record for August, forcing the grass parking lots on the fairgrounds to be closed. The fair has used shuttle buses to ferry visitors from nearby parking lots.

Her husband shot himself in the head. He survived. She says it was 'a series of miracles.'