L. Jean Rubino, 93, of Thornton, CO, formerly of Gering passed away on January 20, 2020 in Thornton. The family is being assisted with arrangements by Bridgman Funeral Home of Scottsbluff. 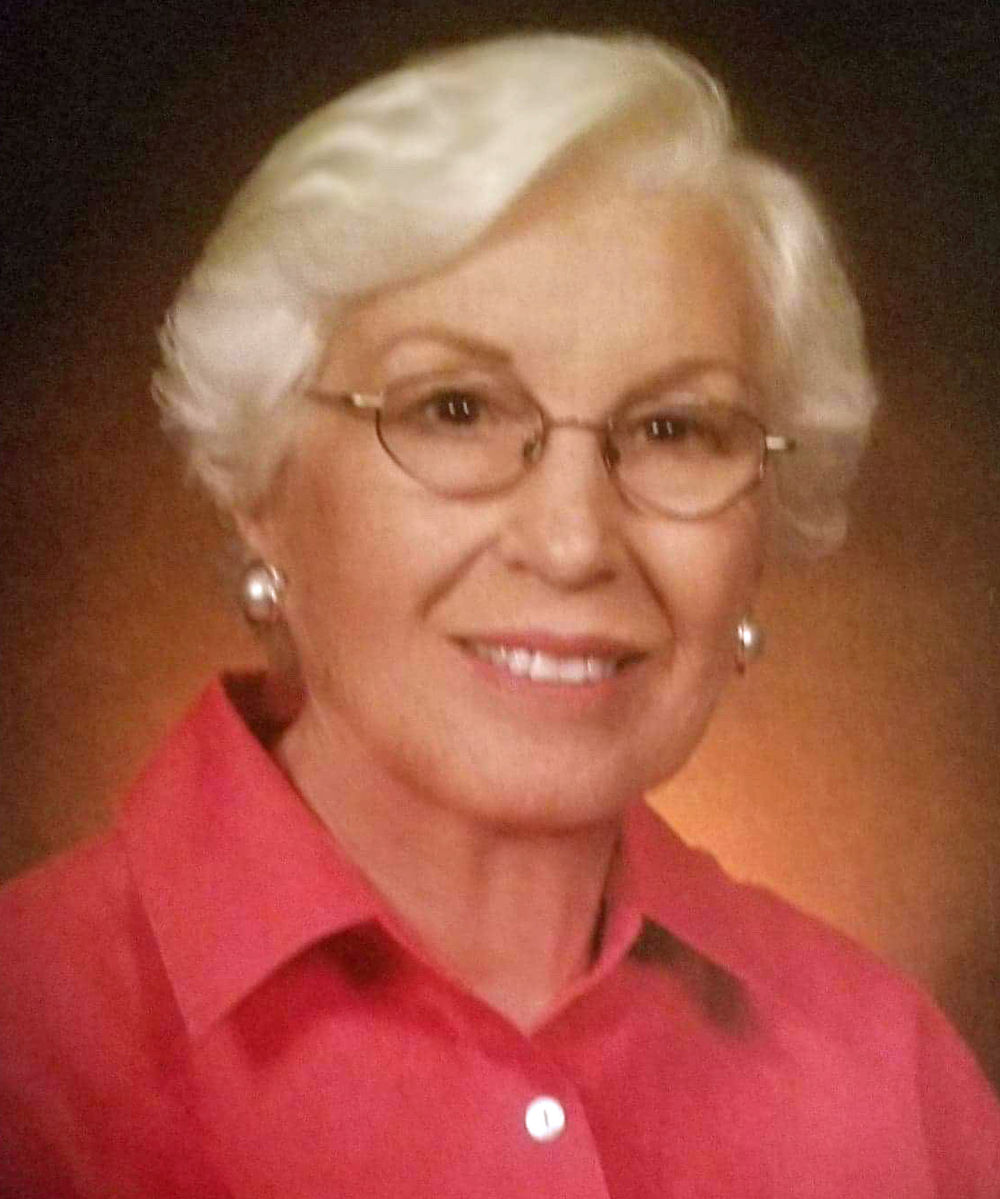 She was born in Meligala, Greece, to Petros and Despina (Filios) Antonopolous on April 17,1925. Dena emigrated to the United States in 1947 and was married to Gust in November of that year. Together they raised four children and farmed in the Bayard, Nebraska area for 68 years. Dena was a meticulous homemaker and loved to garden. Her real love, however, were her grandchildren and great-grandchildren and preparing her home for their visits in the summer.

Dena was a lady of great faith and a devout Orthodox Christian and faithfully gave her time and talent to the Assumption Greek Orthodox Church in Bayard for many years. She is survived by her husband Gust of 72 years, children Stella (Jim) Chingas, Jim (Dina) Anest, Paula (Eric) Wolfe, and Tula (Jim) McDougal,

Dena is preceded in death by her parents, grandson Vasilaki Chingas and sister Demitra Liakos.

Dena was loved by all including her most recent extended family at Riverside Senior Life.

May her memory be eternal.

Memorials can be made to the Greek Orthodox Assumption Church in Bayard, NE or the Alzheimer’s Association. 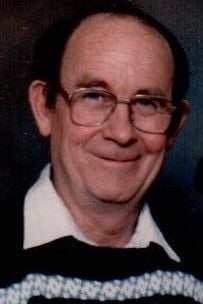 Gary Ray Lore, 81, of Alliance/Gering, Nebraska, died on January 21, 2020 at the Western Nebraska Veterans Home in Scottsbluff. His graveside Memorial Service will be held at 10 AM on Saturday, January 25, 2020 at West Lawn Cemetery with Reverend Richard Neugebauer officiating. Military honors will be presented by the United States Air Force Honor Guard. In lieu of a memorial, we ask that you pay it forward with a small gesture of kindness to another person, as Gary always did. Online condolences may be left at www.geringchapel.com

He was born January 24, 1938 at Alliance to Ira Kirby and Anna Mae (Sitler) Lore. He received his education and graduated from Alliance High School. Gary enjoyed his time in the United States Air Force (1960-1964) where he was a mechanic stationed in Brazil. He was married to Linda Jean Ackerman on September 26, 1965 at Alliance and the couple made their home in Gering.

Gary loved camping and fishing with his family, He also loved to roller skate and worked every weekend at the local roller skating rinks and to square dance with his wife whom he missed dearly following her death. Gary was a very caring and loving husband, father, brother and friend. Gary’s greatest joys were his grandchildren and caring for them. His other passions was reading and always learning. 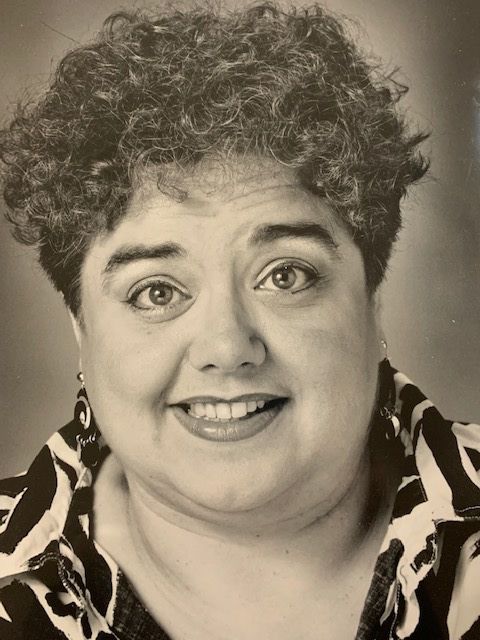 Susan Kaye Selvey, 68, of Scottsbluff, passed away Sunday, January 19, 2020 at Monument Rehabilitation and Care Center in Scottsbluff. Cremation has taken place and there will be no visitation. Her memorial service will be held at 2pm on February 1, 2020 at St. Francis Episcopal Church in Scottsbluff with Pastor Mark Selvey officiating. In lieu of flowers, memorials in Susan’s honor may be made in care of the Panhandle Humane Society or Doves. Online condolences may be made by viewing Susan’s memorial page at www.bridgmanfuneralhome.com. Bridgman Funeral Home in Scottsbluff is entrusted with arrangements.

Susan Kaye Selvey was born on December 9, 1951 at Mercy Hospital in Council Bluffs, Iowa, to Richard and Janet Selvey. The oldest of two siblings, she attended grade schools in Council Bluffs, Columbus, and Grand Island, middle school at Nathan Hale and senior high at Benson in Omaha, Nebraska, where she played in the orchestra, acted and worked in theatre productions, and marched with the band as the fabled Benson Bunny mascot. After high school she attended the University of Nebraska at Omaha, where she majored in Communications and Theatre, and from there UMKC in Kansas City, graduating in 1981 with a Masters of Fine Arts. She then joined the Actor’s Equity Association, AFTRA, and SAG, and began her career in acting in Chicago, Illinois. She worked in many cities, venues and media. Her best-known roles were Mrs. Fezziwig in the annual production of A Christmas Carol in Kansas City, and Mother Superior in Nunsense. She also starred in a series of humorous cards sold by Hallmark. While acting was her first love, she also taught acting as Director of Theatre at St. Andrew’s Sewanee Prep School in Sewanee, TN, a position she left only when her mother became ill and Sue returned to Nebraska to help with the family restaurant business and care for her mom. While in Omaha, she had many roles at the Firehouse Dinner Theatre.

In 1993 she moved to Scottsbluff to join family and worked as Director of the West Nebraska Arts Center. She formed Foothill Children’s Theatre and wrote and directed many children’s plays and taught children and adults alike the craft of acting. Many young adults in the area today remember Sue as a kind, funny and accepting teacher and friend, who gave everyone the chance to belong. Sue loved to act. Even as her health made walking and moving more difficult, she found ways and places to use her gifts and share her talents. One of her greatest joys was a series of Greater Tuna play productions which she did with her dear friend Bill Groth.

Susan was a beloved daughter, sister, aunt, great aunt, teacher, and friend. She was preceded in death by parents Janet and Richard Selvey, and is survived by brother and sister-in-law Mark and Jill Selvey, nieces and nephews Amanda (Rob) Abrisch, Miranda Shaft, Lia, James, and Forrest Selvey; grand-nephews Graham and Max Abrisch, closest friend Pati McLellan, and friends and former students too numerous to mention.