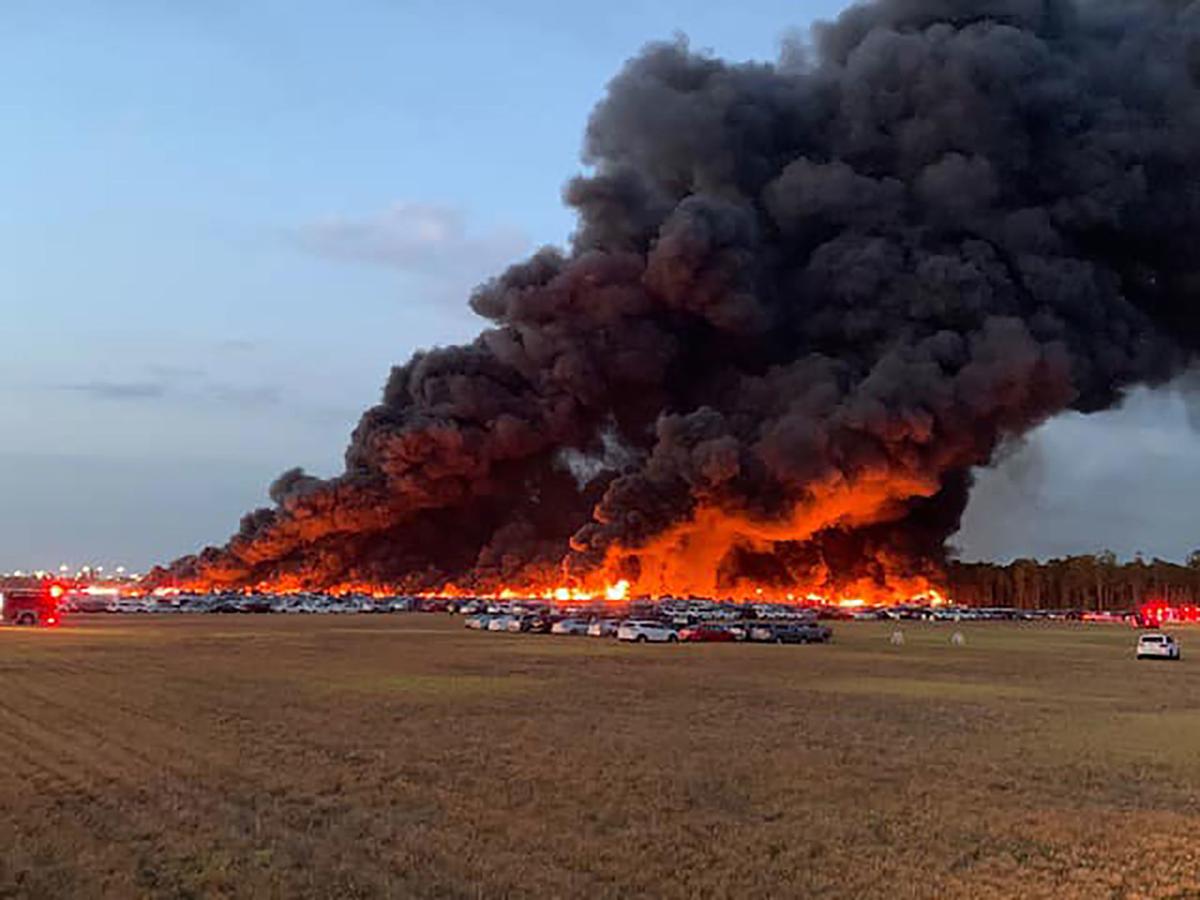 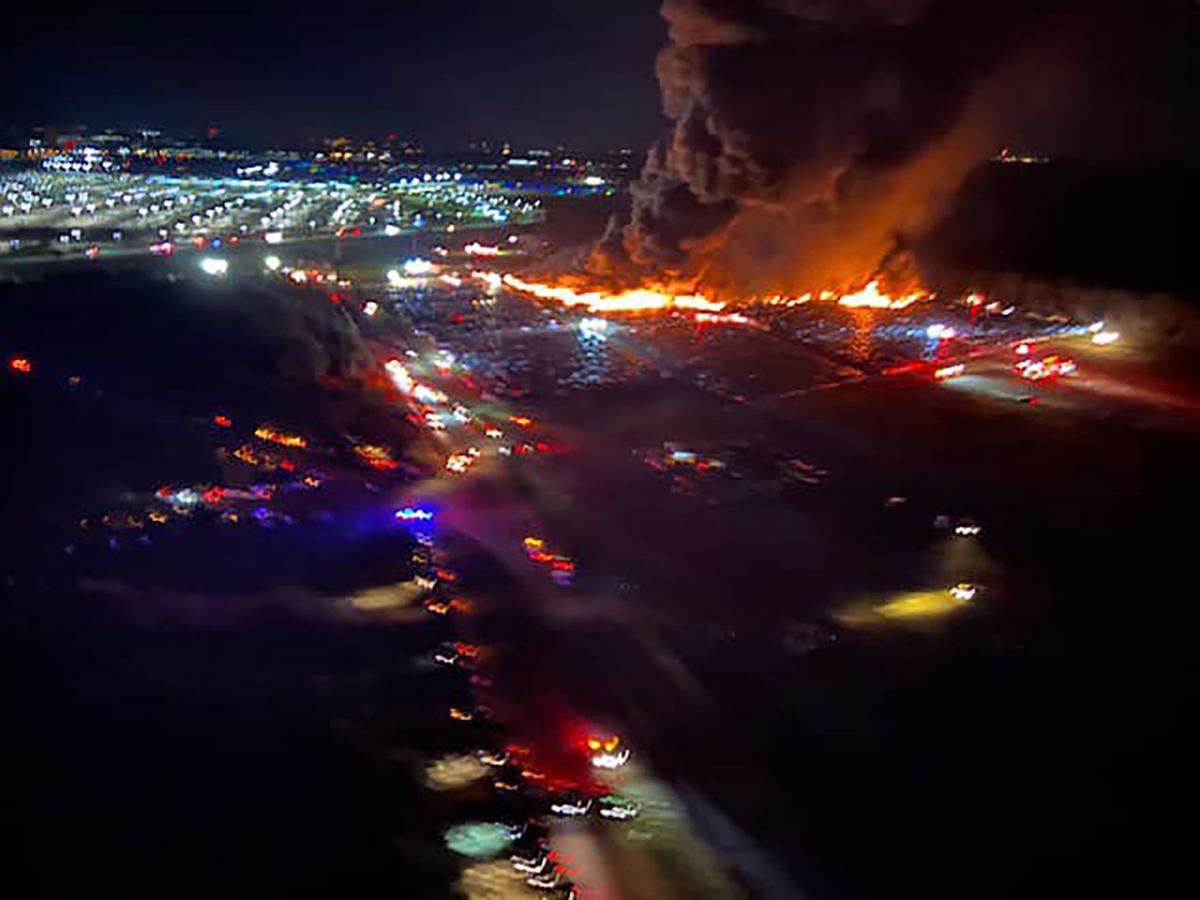 The fire sent plumes of smoke into the air near the airport.

A fire that spread through a grassy area of Southwest Florida International Airport has destroyed thousands of rental cars, fire department officials said.

But by the time it was extinguished, the flames had destroyed more than 3,500 rental cars, a Lee County Port Authority spokesperson told CNN affiliate WINK.

Melinda Avni, Mitigation Specialist for Florida Forestry Service of Caloosahatchee, said authorities were called to put out the fire around 5 p.m. Friday, when there were about 20 vehicles involved.

"By the time we had units on the scene, we had 100 cars (on fire). We lost count after the hundreds," she said.

Black clouds of smoke could be seen for miles around Fort Myers, a city of about 82,000 people in southwest Florida. Ground and aerial support was provided by Florida Forestry Service and multiple fire departments, Avni said.

At least 80 airdrops were made by the Charlotte County Sheriff's Office's aviation unit, it said in a Facebook post.

The brush surrounding the overflow area caught fire and help its quick spread, but no structures at the airport were affected, Avni said. No injuries were reported and the cause of the fire is under investigation, she said.

"We appreciate their courage and willingness to help our Aircraft Rescue & Fire Fighting department. Together they were able to keep all our passengers and airport visitors safe," the airport said.

A look ahead at today's SpaceX launch