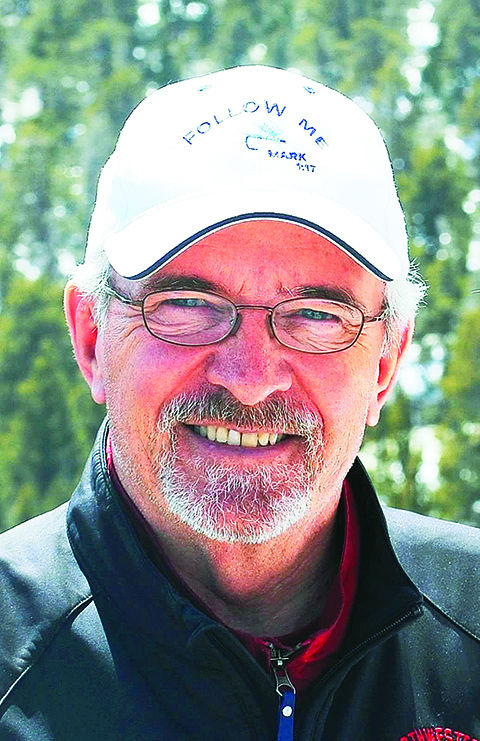 D. Jake Roberts is the assistant pastor at Monument Bible Church in Scottsbluff, Nebraska. Before semi-retiring in 2010 he served as the lead pastor at Monument Bible Church for nearly 20 years. He was a missionary in Wisconsin for 10 years, 3 years in Ohio before moving to western Nebraska. He has been a student and teacher of the Word of God for over 50 years. He has also worked as an elementary school principal, teacher, high school counselor, head basketball coach, athletic director, businessman and ski instructor. He and his wife, Sharry, have been married for over 50 years.

You had to be there. Because,if you weren’t you would have missed it entirely.

Trail cameras help overcome not being there. Yet most of our most memorable sights take in way more than the click of a camera.

It’s about the anticipation, the sounds, the panoramas in front and behind. It’s surround-sound at its best. And now there are these high-class headsets that magnify the sounds of a crunched leaf under-hoof you’d never hear otherwise.

The downside of course is that the semi driving on the rumble-bars sounds like its driving right under your treestand.

When timing is off, your engine runs roughly, you miss an opportunity, a disaster occurs at an intersection (a few seconds sooner or later would have avoided the crash, the death, the life-changing trauma).

When timing is just right you know it wasn’t you. You could never have manipulated the circumstance or variables that made it so perfect.

I’ve landed on the saying that says, “Unless the Lord brings a deer by, he who hunts, hunts in vain”. Write it off as dumb luck, coincidental, que sera sera … still it has your full attention! You had to be there. Timing is everything!

If ever I wonder about the reality of God the Holy Spirit, that reality is driven home so often by - timing. Only God could have timed that, right then, right there. Well tuned, well timed.

It’s true of that fleeting momentary sighting, that kind word spoken in due season, that hug, that golden opportunity to purchase, to sell, to find, the cloud placements that yield the most gorgeous sunrise/sunset you’ve ever seen.

The angle of the sun reflecting like a glaring high-beam on a perfectly round quarter on the pavement.

I saw that, I heard that, I felt that.

Much of your perfectly timed experience was reserved just for you.

In the days and years prior to the death, burial and resurrection of JESUS He would reveal that “His time had not yet come”. Then one day He announced, “My time had come.” He has also promised to return and receive the believers (in Him) unto Himself. Apparently that time wasn’t yesterday.

Its commonplace for an aged and decrepit believer to long for a JESUS’ sooner-than-later return. Turns out He is right on schedule to keep His promise. One of my sons when he was 8 had gotten into some serious mischief with a neighbor boy. As we sat to pray before our meal that evening, he blurted out “I sure wish JESUS would come back right now!” C-19 has stirred many such sentiments from young and old alike. Timing is everything. Truth: “Like apples of gold in settings of silver, Is a word spoken in right circumstances.” (Proverbs 25:11) And,“A man has joy by the answer of his mouth,and a word spoken in due season, how good it is!” (Proverbs 15:23) The Lord GOD has given me the tongue of the learned, that I should know how to speak a word in season to him who is weary. (Isaiah 50:4)

PRAYER NUGGET: Heavenly Father thank you for the tick-tock of life, for revealing Yourself in miraculously-timed adventures of life. Thank You for teaching us to walk in wisdom, redeeming the time for the days are evil. (Ephesians 5:16) Thank You for those precious well-timed words of friends, teachers, pastors and coaches that inspire us, encourage us, comfort us, challenge us to do our best and to serve You well. We love You, too. In JESUS’ name.Amen.

Nebraska Panhandle and eastern Wyoming, I love you and am praying for you.

All Bible references are NKJV