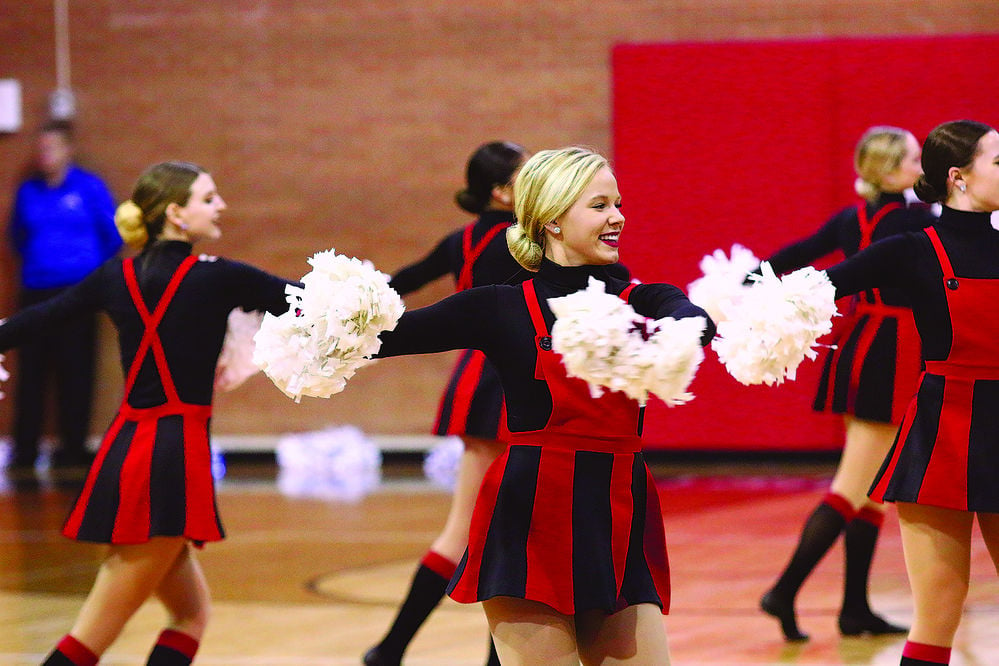 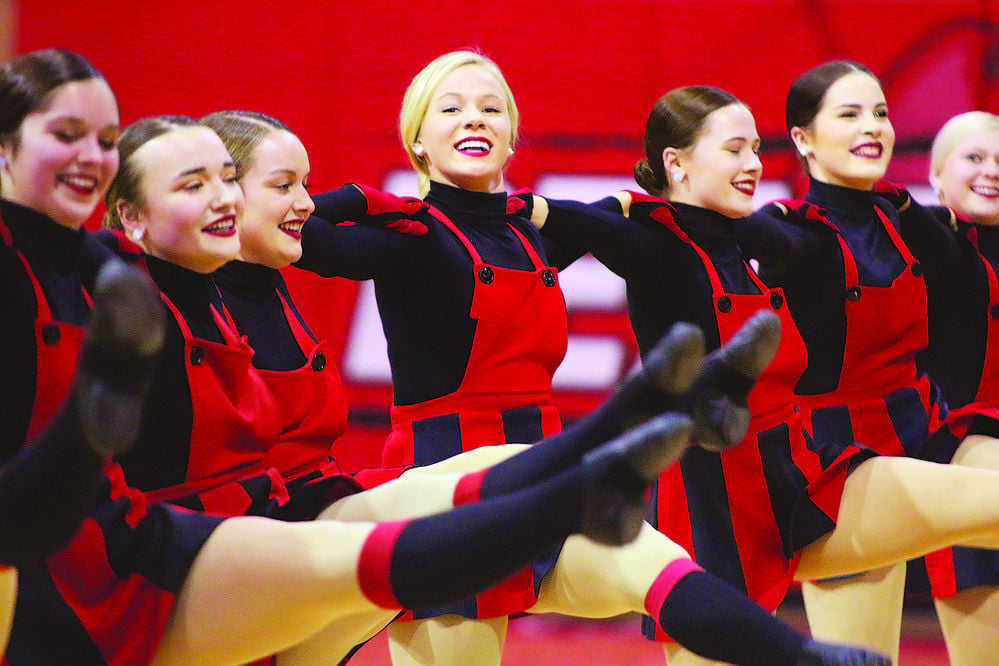 The Scottsbluff High School Drill Team performs during halftime of a basketball game earlier in the season.

The Scottsbluff High School Drill Team performs during halftime of a basketball game earlier in the season.

In late February, the Scottsbluff High School Drill Team won its 13th state championship in Class B in the high kick competition.

The Bearcats, under the direction of Angie Hinze and choreographer Tiffany Tabor Mackrill, have claimed the state title every year since the competition’s inception in 2008.

The Scottsbluff Drill Team, then took it’s show on the road, as they headed to the National Dance Alliance National Championship on March 6-8 in Orlando, Florida.

The Bearcats came away with a 10th place finish in the Medium Varsity Kick division.

“We competed well. We didn’t make it to finals, but the girls competed very well. They did a great job. They scored well,” Hinze said.

With schools from across the country competing, the Bearcats faced some stiff competition, Hinze said..

“It’s a very high quality competition. There are really good teams there. I told the girls that’s about where we finish every year. We were competitive, we just didn’t make it to the finals,” she said.

While the Bearcats have competed the last 13 years in the state competition, this was the team’s 25th year competing at nationals.

The state competition and the national competition aren’t affiliated, Hinze said the judging criteria is almost the same.

To qualify for the national meet, they have to do well at the National Dance Alliance Summer Camp at Nebraska Wesleyan University in Lincoln.

Hinze said the registered her team for the 2020 summer camp, held annually in June, but she doesn’t know if the camp will be postponed because of the coronavirus outbreak.

“I went ahead and registered back in January. The earlier you register the better dorm you get at Wesleyan,” she said. “I haven’t received any information from NDA or from Nebraska Wesleyan at this point. We’re supposed to go the second week of June.”

Gracee Michael, Hailey Moore and Maddie Edens. The other 10 graduate,” she said.

With just three juniors returning next year, the coronavirus outbreak is also making it hard for Hinze to fill the roster.

“I don’t know if I will have my tryouts done by (the beginning of summer camp). Everything is on hold right now,” she said. “In a normal school year, it’s a challenge. I have had the situation where I’ve only had four returning, and we’ve been able to fill the spots. Now, with (school being shutdown until May 1), it’s really going to be a challenge. I am going to have to think outside the box to figure out how we’ll go about selecting the team. It’s going to be interesting.”

Hinze said she will have to be creative to figure out how to fill the roster.

“We’ve never really had to navigate through anything like this before. I just keep thinking we’ll figure it out as we go. I just trust that we have awesome kids at Scottsbluff High School. How we get to that point is going to look different than it has the last 28 years. I’m sure it will work out,” she said.

The Bearcats are not alone, Hinze said.

“I’m friends with a lot of directors of the Nebraska dance teams. Through, even social media, many are saying the were supposed to have tryouts this week. Now, we’re going to have to come up with another plan. We’re all in the same boat,” she said.

Hinze said the three returning juniors leadership will be much needed going into next year.

“They’re awesome. They’re amazing girls. I have no doubt that they will pick up and carry on,” she said.