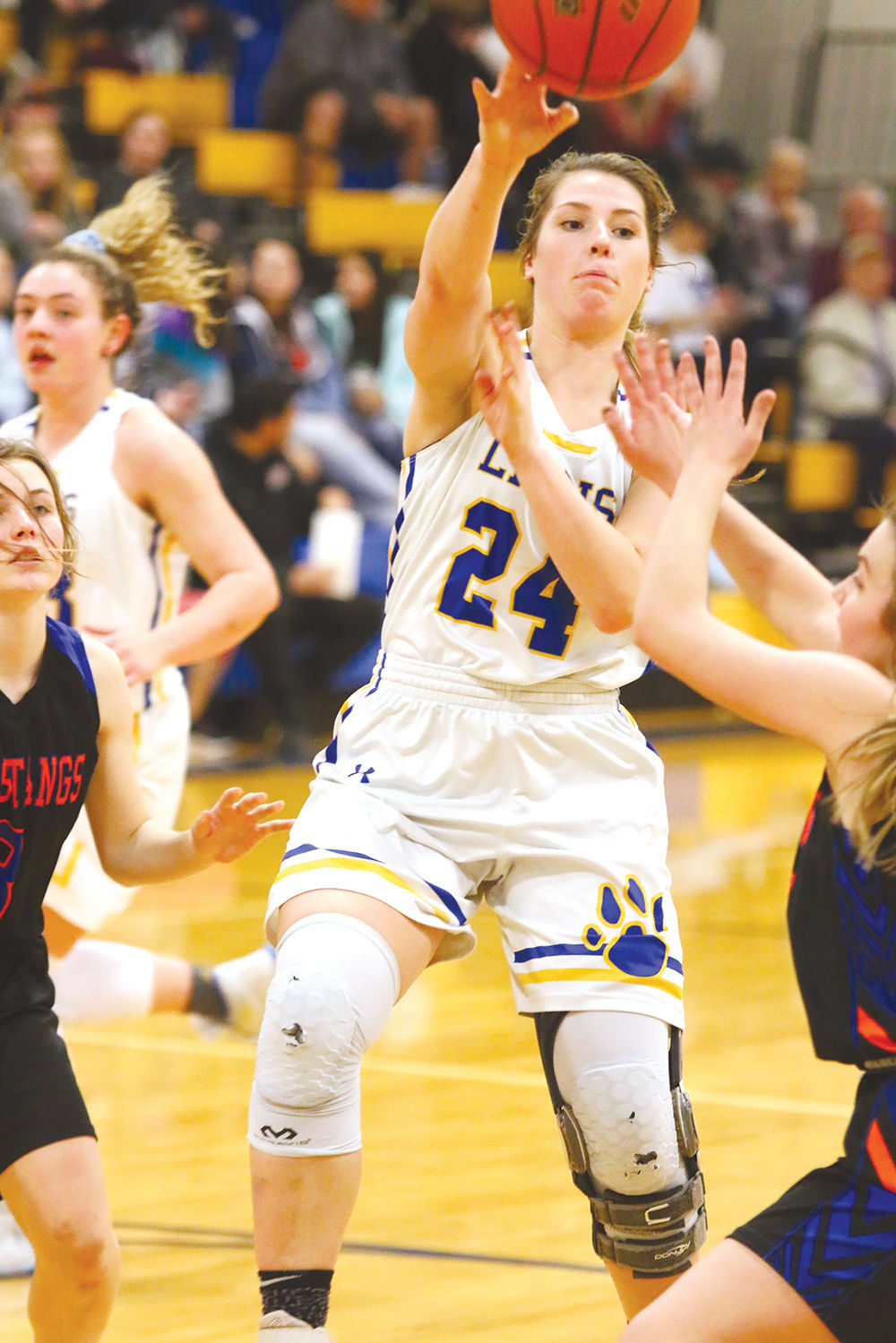 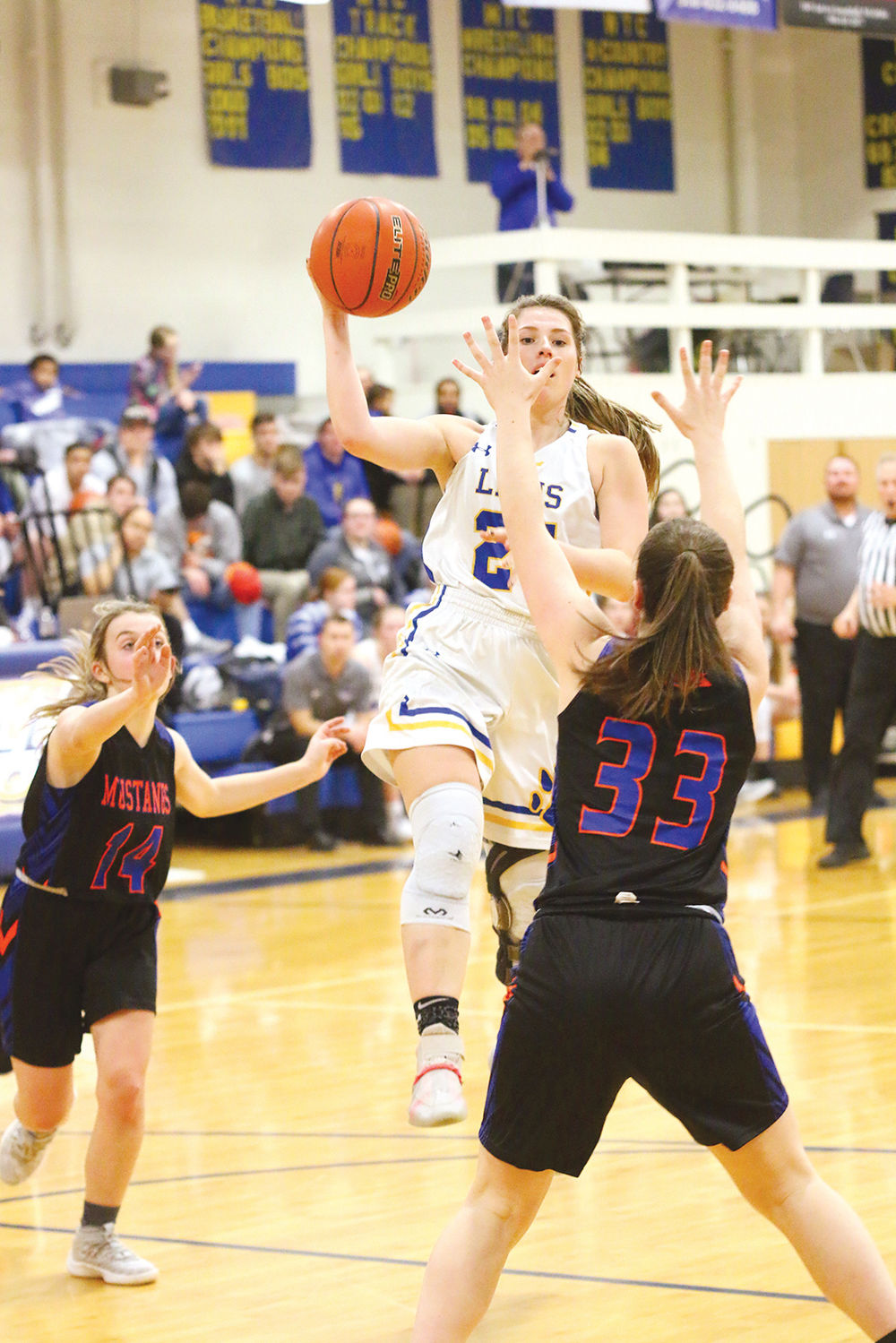 Morrill’s Ilycia Guerue fought her way back from a torn ACL to earn the Western Trails Conference MVP award.

Guerue said she was surprised to learn she earned the award.

“I was really surprised. It was neat that after everything I went through last year and not being able to play and all the work I put in ... being able to get rewarded like that was an amazing experience. I didn’t know what to think when I got the news,” she said.

As dominant as Guerue was on the offensive side of the court, she may have been even more dominating on defense.

Guerue led all classes in steals with 184, 23 more than Omaha Northwest’s Ale’jah Douglas who finished with the second highest total.

“My dad (Morrill head coach Josh Guerue) told me that I led the state in steals and made free throws, as well. I couldn’t believe it at the time because I know that I had always risked steals a lot for fouls. It was amazing accomplishing knowing that I outplayed other players, especially with all of the competitive players out there,” she said.

Josh Guerue said he had talked to Ilycia Guerue about knowing when is the right time to attempt a steal, she said.

“He really drilled it into my mind. When I attempt steals I need to realize when is the opportune time to do it, not risk something that is going to cost the team down the” road,” she said.

As thrilling as scoring is, Guerue said she would rather get a big steal than a big bucket.

“Steals are more of a momentum changer, and I just remember stealing the ball from somebody and seeing their head drop. It’s gets into (their teammate’s) minds as well. I think scoring is very important as well, but steals helps win games more.”

For Guerue, the award was bittersweet after only playing in eight games last year after suffering an ACL tear over the summer before he sophomore year.

“I got hurt during the summer going into the season. I was able to rehab enough to come back and play for the last eight games,” she said.

It took a lot of hard work and a lot of miles to get back on the court, she said.

“I had to get up every morning, and it was either I was doing rehab at my house before school, or I was driving to Gering and going to the rehab clinic. At home, I was running and trying to get movement back in my knee and trusting it.”

She said it seemed like it took a long time to make her way back to the Lions’ lineup, but it was as much mental as it was physical.

“When I stepped on the floor in my first game back, I really felt confident that I was able to go, I had been practicing and doing the movements. I wasn’t as scared as I had been before. After quite a few months of practicing and rehabbing and easing into it. I realized, ‘OK, it’s not going to give out on me.’ That’s the hardest thing, realizing it’s not going to give out on you every time. It’s a mental thing,” she said.

Guerue had a scare early this past season, she pulled a calf muscle in a game against Kimball.

“I had been playing on it. I just remember it was hard to me to get through that game and having to get mentally through it was difficult,” she said. “I just though I had to be more careful. As the season went on, I realized it’s not always your knee. Sometimes things happen, you just have to refocus and be alright with it.”

Despite all of the points scored and stolen balls, Guerue and her teammates were all unselfish players. In fact, Guerue’s highlight of the season had nothing to do with scoring or stealing the ball. She said the highlight for her was feeding the ball to teammate Shandie Hess, a senior for the Lions, for some of her five 3-pointers in her last home game for Morrill.

“I knew Shandie was in the right spot. I knew if I got her tha ball she was going to make it. I remember one time looking at her smiling and pointing at her. It was just, honestly, the best moment that I can remember with her.” Guerue said.