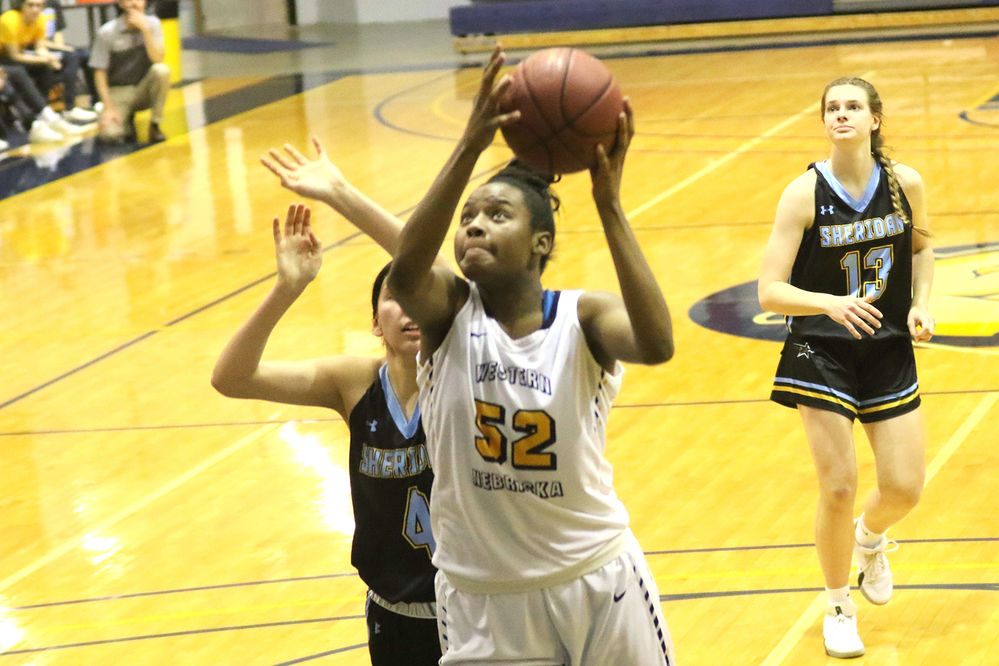 WNCC’s Lidsey Mahoukou goes up for a layup against Sheridan during their game on Tuesday, Dec. 3. 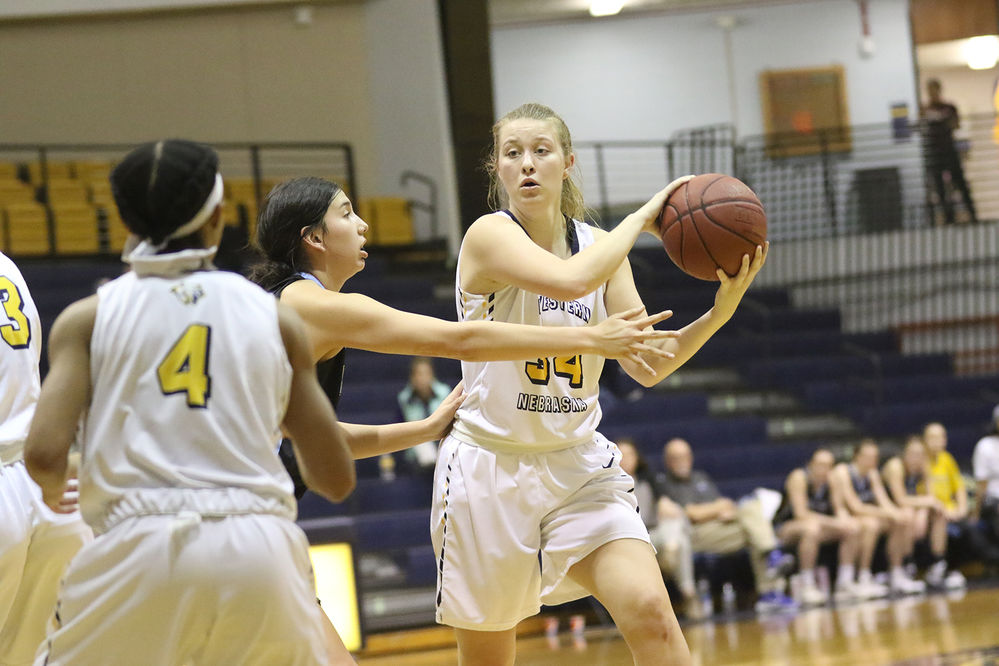 WNCC's Taylor Joplin looks for an open teammate during the No. 10-ranked Cougars' game against Sheridan on Tuesday, Dec. 3 at Cougar Palace.

WNCC’s Lidsey Mahoukou goes up for a layup against Sheridan during their game on Tuesday, Dec. 3.

WNCC's Taylor Joplin looks for an open teammate during the No. 10-ranked Cougars' game against Sheridan on Tuesday, Dec. 3 at Cougar Palace.

The 10th-ranked Western Nebraska Community College women’s basketball team outscored Sheridan College 29-14 in the fourth quarter to earn their 10th win of the season with a 66-53 win over Sheridan College Tuesday, Dec. 3 at Cougar Palace.

The Cougars moved to 10-1 on the season while winning their eighth straight.

The contest, though, wasn’t easy as the Cougars took their first lead of the contest with under five minutes to play in the fourth quarter for the win.

WNCC didn’t play like a 10th-ranked team in the first three quarters. The fourth quarter was a different story.

“Our team wasn’t hitting shots but we managed to get a lot of turnovers,” Georgia Berry, who finished the game with six points and five rebounds, said. “When we bring energy, we have every opportunity to be a great team.”

When teams are struggling but find a way to win; that is a mark of a good ball club. WNCC found a way to get the win.

“Our first three quarters were terrible,” Berry said. “We didn’t come ready to play and hit shots in the first quarter. In the fourth, we played hard and got multiple turnovers which led to fast breaks and pushed us up around 15 points. We started hitting shots and the energy boosted.”

Neither team shot well in the first half. WNCC only scored eight points in the first quarter as Sheridan led 20-8 after one period. The second quarter, the roles reversed as the Cougar defense held Sheridan to just four points. WNCC didn’t find a lot of offense in the second but did outscore Sheridan 12-4 to trail at the break 24-20.

The second half was a different story. WNCC shot 41 percent and were 91 percent from the charity stripe (11 of 12) in the second half.

WNCC tied the game for the first time in the third period on a Taylor Joplin 3-pointer with 56 seconds to play. Sheridan, however, scored another bucket to lead 39-37 after three periods.

The fourth quarter saw Sheridan grab a 49-43 lead with about six minutes to play. That was when the Cougar energy picked up, going on a 21-0 run to grab a 62-49 lead. Yuliana Valcheva started the run with a bucket and then Lidsey Mahoukou gave the Cougars their first lead with under five minutes to play at 51-49.

Sheridan finally broke the scoring ice with a bucket with 1:26 to play but it wasn’t enough.

WNCC had two players in double figures. Mahoukou had 15 points with four rebounds, while Morehouse tallied 14 points with five rebounds. Morehouse also had three steals along with R’Manie Pulling.

All-Star weekend, as expected, was about honoring Kobe