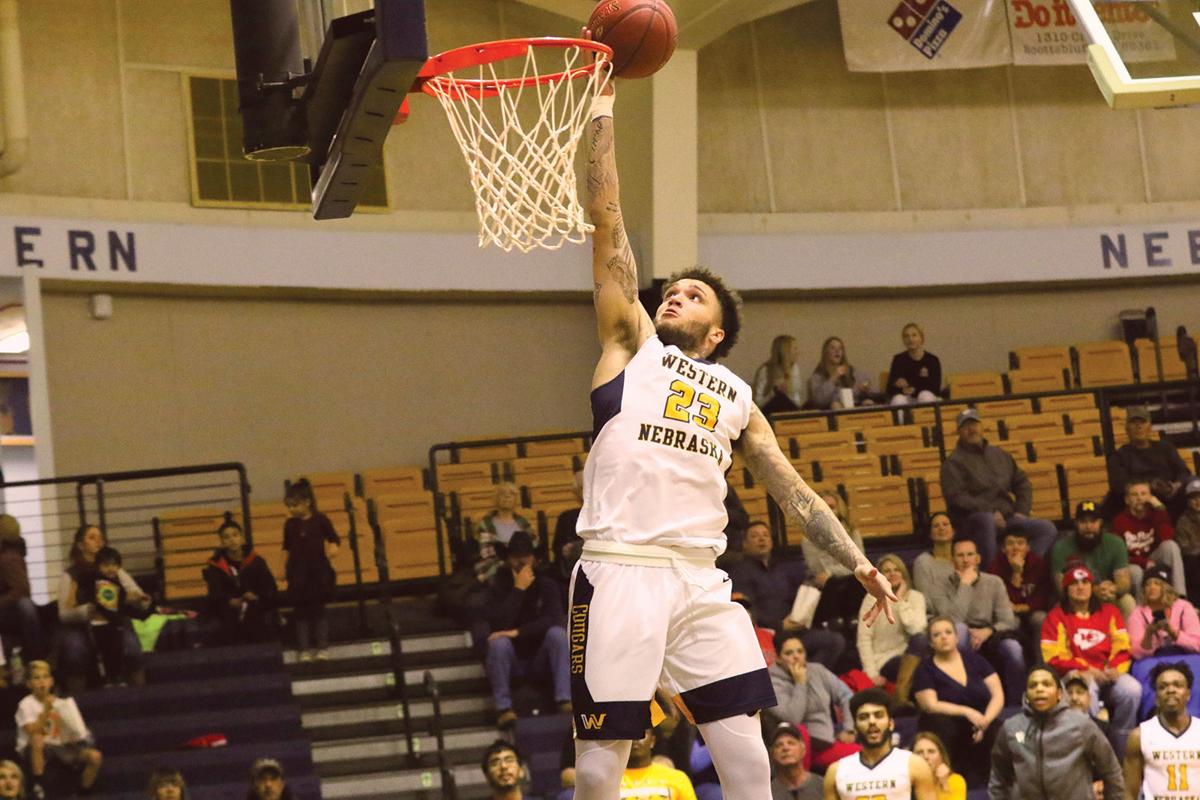 WNCC's Teddy Allen dunks during the Cougars game against Rainy River during their game on Friday, Nov. 29 in the Thanksgiving Classic. 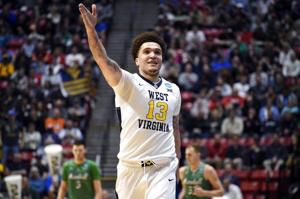 WNCC's Teddy Allen dunks during the Cougars game against Rainy River during their game on Friday, Nov. 29 in the Thanksgiving Classic.

LINCOLN — Former Nebraska Gatorade Player of the Year Teddy Allen committed to the Huskers on Tuesday.

Allen is currently a sophomore at Western Nebraska Community College, where he leads the country with 32 points per game. He’s shooting 54% from the floor and 42% from 3-point range. Allen scored 38 points in his debut on Nov. 1 and 43 with seven 3-pointers against Western Wyoming Community College two weeks later.

Nebraska will be Allen's fourth school since graduating high school. He averaged 31.6 points per game at Boys Town in 2017 and was named to the All-Nebraska team. Allen spent his freshman year at West Virginia, where he appeared in 35 games and scored 7.0 points per contest with 2.7 rebounds.

After that season, he transferred to Wichita State, where the NCAA ruled against him to play immediately, so Allen sat out for the 2018-19 season. On June 13, 2019, he was arrested after an early morning disturbance at a woman’s home. He was arrested on suspicion of domestic violence, criminal damage to property and theft, both misdemeanors, after a woman accused him of destroying her phone and stealing her keys.

Wichita State coach Gregg Marshall dismissed Allen from the team less than a week later, and he ended up at Western Nebraska Community College soon after. Current Husker Jervay Green played at WNCC for two seasons.

Allen fills one of Nebraska's scholarship slots for the 2020 recruiting class. Donovan Williams, a senior at Lincoln North Star, is the other commit in that class.

The Huskers will have two seniors graduating after this season, opening two scholarship slots. There's one more spot open on next year's roster after Samari Curtis' transfer earlier this season.

Medvedev and Shapovalov through to Open 13 quarterfinals